Life in the military is serious business, thanks to all the risks involved in such a dangerous profession. However, as with all other jobs, funny moments do happen once in a while. The only difference is that in the military, hilarious blunders usually involve massive property damage or widespread loss of life.

In what might be one of the strangest incidents to ever occur in aviation history, a Soviet MiG-23 fighter jet flew unmanned all the way from Poland to Belgium. Once it ran out of fuel, the plane hurtled into a home, killing a teenage occupant.

The fiasco began on July 4, 1989, when the pilot, Colonel Skurigin, saw the afterburner appear to fail during takeoff. As the plane steadily descended, Skurigin believed the engine had completely shut down, so he ejected safely. To his surprise, however, the plane didn’t crash. Instead, it continued flying west on autopilot.

US fighter jets escorted the pilotless MiG during its flight over West Germany, eventually breaking off as it flew over the border. The French also put their own fighters on alert in case the rogue jet reached their airspace. As mentioned however, the MiG wound up crashing in Belgium instead.

In the aftermath, the Belgian government criticized their Soviet counterparts for their slow response to the situation and failure to inform them whether the jet possessed nuclear or biological weapons.

9The Giant Battleship That Started A Flood 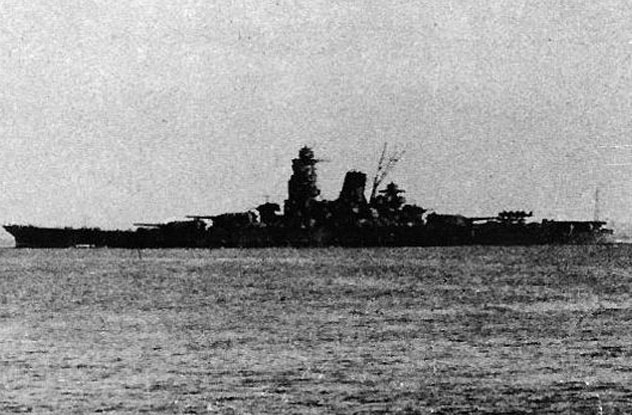 Before American forces finally sunk it during the Battle of Leyte Gulf, the Japanese battleship Musashi was a menacing sight to behold. As one of the two largest and most powerful battleships ever built (the other one being her sister ship Yamato), the Musashi boasted a displacement of over 65,000 metric tons (72,000 tons) when fully armed and possessed 46-centimeter (18.1 in) guns with a range of nearly 37 kilometers (23 mi). In addition, the giant battleship bristled with myriad smaller guns, including as many as 150 anti-aircraft batteries.

Its massive size and weight, however, led the Musashi to unintentionally flood the city of Nagasaki during its launch in November 1940. The process of lowering the huge ship into the water caused a meter-high (3.3 ft) tsunami that flooded the surrounding residential areas and capsized nearby fishing boats.

Owing to the secretive nature of the launch, the Japanese military kept the flooded residents from leaving their homes. Fortunately for them, no further mishaps plagued the rest of the ship’s construction, which finally finished in August 1942.

8The British Soldiers Who Got Drunk During An Invasion 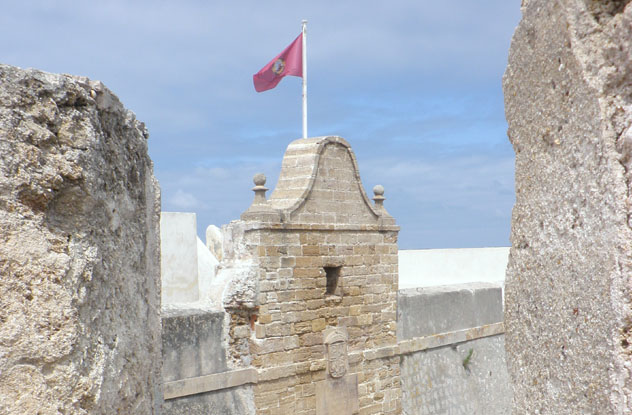 As we’ve found out before, the British have their fair share of spectacular military blunders throughout history.

In an effort to regain lost glory and avenge the rude treatment their diplomats suffered in Spain, the British sent a force of 10,000–15,000 men on more than 80 ships to invade the Spanish city of Cadiz in 1625. Although terrifying on paper, the force consisted mostly of undisciplined men who had been pressed into service. It also didn’t help that their superiors brought hardly any supplies with them on the expedition.

Upon landing in Cadiz, the soldiers pilfered wine from the local vats in order to augment their rations. Afterward, they became so drunk that they threatened mutiny against their officers. The leader of the expedition, Sir Edward Cecil, ordered them all back to the ships but left behind 2,000 drunken men, whom the Spanish later executed. Of those who made it back to the ships, only half made it back home—a result of vicious weather plus poor living conditions.

7The British Accidentally Invaded Spain In 2002 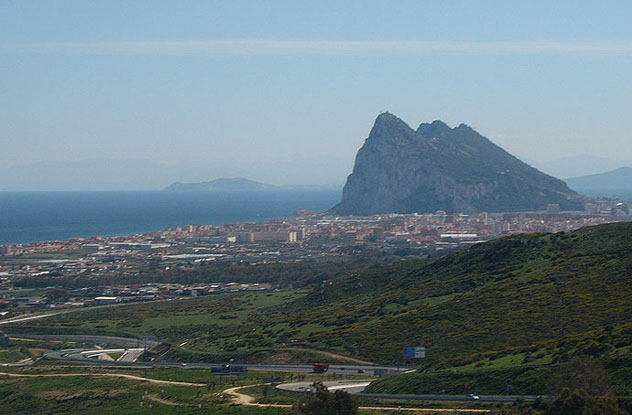 In 2002, two dozen British marines on a training exercise stormed a beach they mistakenly thought to be in Gibraltar. As it turned out, they came ashore on a beach resort in La Linea, Spain instead. The marines only realized their mistake after the locals and two policemen informed them they were in the wrong place.

The British later attributed the incident to bad weather and apologized for their error, a gesture which Spanish officials graciously accepted. In a parting shot, the locals wryly pointed out that Gibraltar shouldn’t be hard to miss since it had a 426-meter (1,400 ft) tall rock for a landmark.

To be fair to the British, they weren’t the only ones who mistakenly invaded a country. The famously defense-minded country of Switzerland also accidentally invaded its tiny neighbor Liechtenstein—not just once but three times. They even had to compensate Liechtenstein once when Swiss soldiers caused a forest fire.

6The Brazilian Sailors Who Shot And Sank Their Ship By Mistake 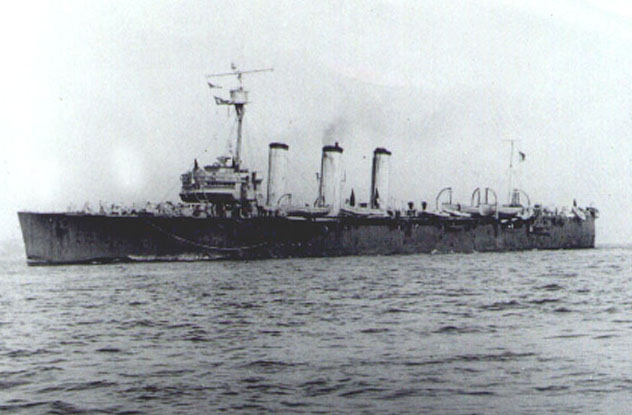 Apparently, tales of people inadvertently sinking their own ships aren’t limited to the British or the Swedes.

With the European theater of World War II drawing to a close, crewmembers of the Bahia—a Brazilian cruiser stationed northeast of Brazil to protect Allied convoys—practiced a live-fire anti-aircraft drill using a kite towed behind the ship as the target. During the course of the exercise, the gunner accidentally hit a row of depth charges on the ship’s stern (the consequence of not placing guard rails to prevent the guns from firing so close to the ship).

Subsequently, the depth charges exploded and sank the ship in just a few minutes, forcing the crewmembers to bail out on lifeboats and endure almost a week out at sea. Of the more than 350 men aboard, only a few dozen survived, with four US Navy personnel among the dead. 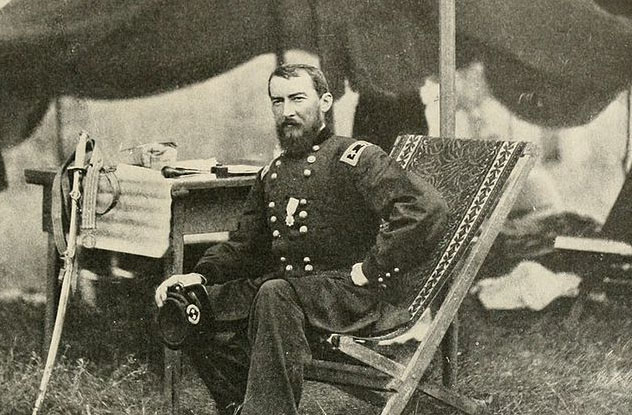 It’s suicidal to just charge a well-entrenched enemy on higher ground, but someone must have forgotten to tell Philip Sheridan in 1863. The Union general and his men had just secured the first line of Confederate trenches during the Battle of Missionary Ridge when he suddenly whipped out a flask and toasted the defenders high above the ridge.

The Confederates reciprocated his toast by shooting a few cannon rounds at him—a move that turned out to be a huge mistake. After lambasting the Confederates for their lack of good manners, Sheridan charged toward their positions up the slope.

To the relief of everyone, including Sheridan’s superior General Grant, the Union troops succeeded in overrunning the ridge and eventually winning the entire battle. As for Sheridan, he later celebrated his victory in true whimsical fashion: by riding a still-hot Confederate cannon.

4Hannibal Caused An Avalanche With His Cane 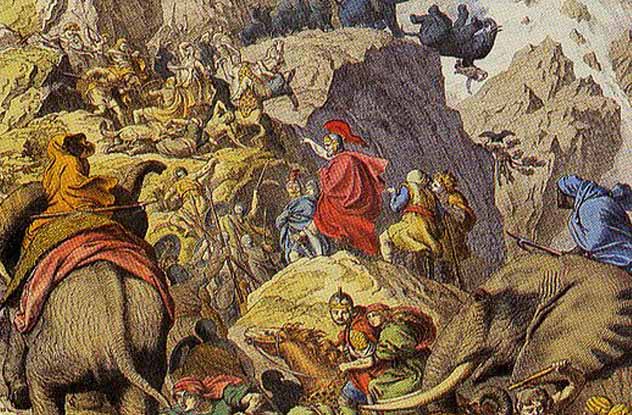 We remember Hannibal as one of history’s most successful tacticians, who proved to be more than a match for the Romans several times in his career. Hannibal’s military genius could be attributed to his unconventional strategies, such as crossing the Alps with his army in 218 B.C. However, according to the Roman historians Polybius and Livy, Hannibal made a critical mistake during his dangerous trek across the snow-capped mountains.

At one point, Hannibal’s army, which included several war elephants, came to an abrupt halt when they refused to walk across a certain path. Angry at this holdup, the Carthaginian general—who had been marching at the rear—came to the front and slammed his cane into the snow-covered path to show them it was solid and safe to cross.

Unfortunately, that act triggered a huge avalanche that ended up killing more than half of his 50,000 men and several of his elephants. It took four days for the survivors to escape the frozen carnage and finally descend below the Alps.

3The BBC Spilled A Surprise British Attack To The Argentines 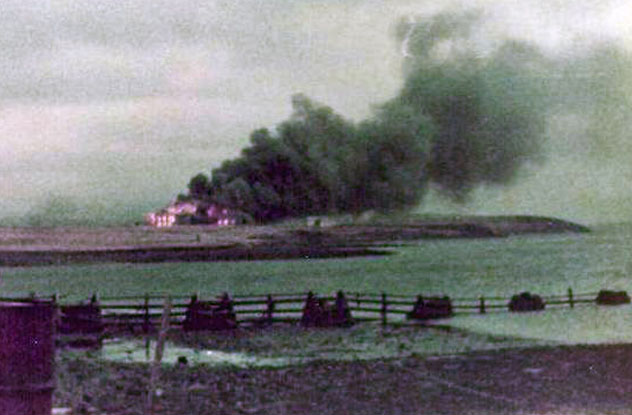 The Battle of Goose Green, set during the Falklands War, would be remembered primarily for two things: as the first and most bloody land battle between the UK and Argentina and as the incident where the BBC opened its mouth too soon.

Secretly landing near the settlement, British soldiers had prepared for a surprise night attack on the Argentine forces when the BBC announced their plans to the world, the Argentines included. This angered the British commanding officers on the ground so much that one of them, Lt. Col. H. Jones, vowed to sue the BBC and the Ministry of Defense for treason. However, he pushed through with the operation in the hope that the Argentines would believe it was all a ruse to catch them off guard.

Jones’s hope proved to be well placed. The leader of the Argentine forces, Lt. Col. Italo Piaggi, believed the British wouldn’t be so stupid as to reveal their plans over public radio, so he did nothing to augment his defenses. The numerically inferior British ended up taking 1,400 Argentines as prisoners during the battle.

2The Snarkiest ‘Confession’ Ever Written The “Hawaiian good luck sign” wasn’t the only way imprisoned members of the USS Pueblo undermined their North Korean captors’ propaganda. Their captain, Lloyd Bucher, also did his best to ridicule his tormentors.

Although initially resistant to write a “confession of wrongdoing,” even after enduring several beatings and mock executions, Bucher finally relented when the North Koreans threatened to kill his men before his very eyes. At this point, the captors thought they had broken Bucher—but they were dead wrong.

Taking advantage of the North Koreans’ cluelessness in English, Bucher wrote a confession letter in September 1968 filled with utter nonsense and dripping with sarcasm. The classic lines he wrote included “[we] paean (pee on) the Korean People’s Army Navy” and “we had traversed Operation Areas Mars, Venus, and Pluto so named because, like the planets, the Democratic People’s Republic of Korea is really far out.”

The North Koreans later released the men on December 23, 1968, without ever realizing Bucher had insulted them on so many levels.

1The Ship That Almost Torpedoed FDR To Death 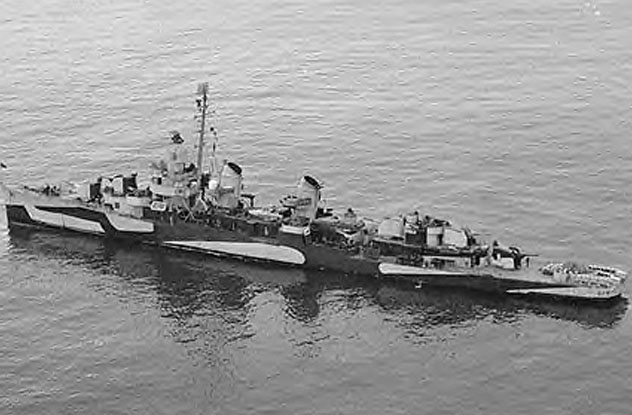 Perhaps no other ship in the US navy can ever surpass the tragicomic history of the William D. Porter and its crew. Its unenviable resume included wrecking a sister ship with its anchor, friendly-firing another one, and accidentally shooting a live round into a base commander’s front yard. However, all these incidents paled in comparison to the time the William D. Porter almost assassinated the president of the United States.

In 1943, the ship, along with three other destroyers, had been assigned to guard the USS Iowa, which carried FDR and his Secretary of State Cordell Hull en route to the Tehran and Cairo Conference. During the trip, the William D. Porter caused a major scare when one of its depth charges accidentally fell to the water and exploded, causing the rest of the convoy to think U-boats had found them.

After that incident, the crew—in a training exercise—inadvertently launched an armed torpedo right at the USS Iowa. The big ship managed to dodge it just in the nick of time.

Although the William D. Porter did finally serve with distinction during the Philippine and Okinawa campaigns, the ship met a demise as bizarre as its mishaps. On June 10, 1945, a kamikaze plane it shot down dove underwater and exploded, sinking the vessel. Miraculously, all the crewmembers survived.