It’s incredible what we’ve found buried in the depths of the sea. Every shipwreck is exciting, but sometimes divers stumble across objects that have no business being near water in the first place. From 19th-century locomotives to ancient cities that previously lived only through legend, the ocean is a vast treasure chest filled with the gems of history. And with only between 5 and 7 percent of the sea floor charted, who knows what else it could be hiding.

10A German Bomber Thought To Be Extinct 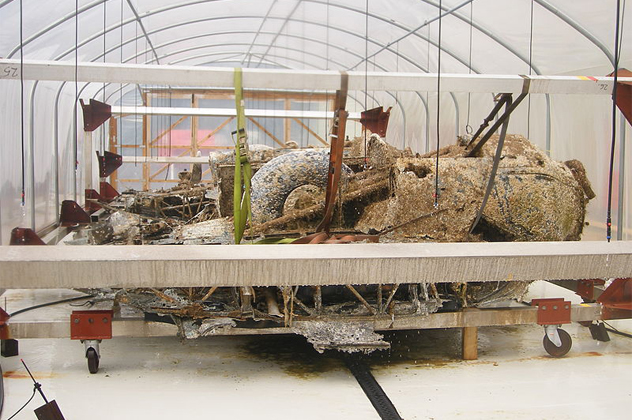 The Dornier 17 was a German bomber in World War II that took part in the Battle of Britain and the Blitz, despite production being stopped in the 1940s. Even though over 2,000 were built, none survived past 1952, when the last were cut up by the Finnish air force. However, a Dornier 17 that was shot down on August 26, 1940, by an RAF Defiant fighter plane was discovered by divers on Goodwin Sands, near Kent, UK in 2008.

The plane had been shot down by Pilot Officer Desmond Hughes and his gunner, Sergeant Fred Gash, during a raid to lure the fighters into the air. Described as being in “remarkable condition,” the Dornier 17 was raised from the sea in 2013 by the RAF museum in North London as part of a £600,000 project. The two-year restoration will take place at the RAF Museum’s site in Cosford, Shropshire, UK. 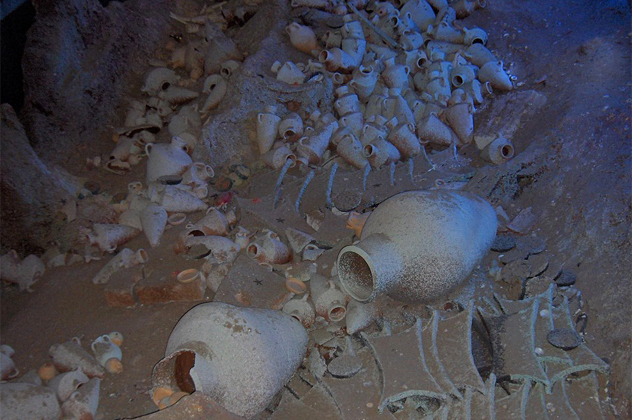 The Uluburun shipwreck was found accidentally by a sponge diver in 1982 off the southwestern coast of Turkey. Dating from the 14th century B.C., the vessel is made of cedar and is one of the world’s oldest seagoing ships. Aboard the ship, among other cargo, were 10 tons of copper, Egyptian jewelry, ivory, the oldest intact glass ingots, and an Italian sword. The discovery has allowed historians to learn a lot more about trade in the Mediterranean. The diverse cargo on board shows that the Mediterranean was the site of a lot more trading than originally thought.

Such is the wealth of knowledge gained from the ship that Scientific American voted it one of the 10 greatest archaeological discoveries of the 20th century. It was recovered over a period of 10 years in three-month-long excavations and was the deepest ship fully recovered at the time—it took a staggering 22,413 dives to bring up the entire Uluburun. Today, the Uluburun resides in the Bodrum Museum in southern Turkey. 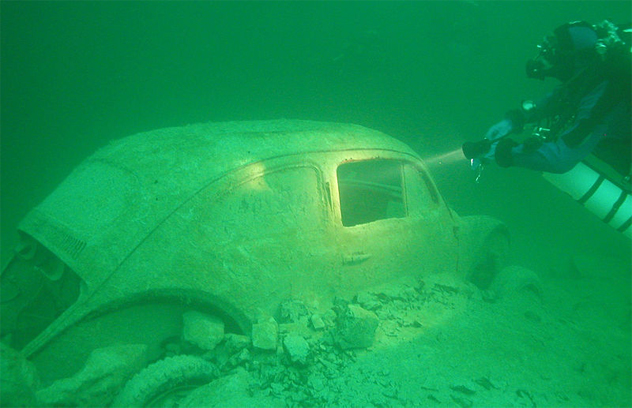 In September 2013, police divers testing new sonar equipment in an Oklahoma lake discovered two cars that had been underwater for 40 years. The police initially came to the conclusion that the cars had been stolen then simply dumped in the lake. When the cars were opened, a darker and more mysterious reason for their presence came to light—each car held three skeletons.

The bodies inside one of the cars, a 1969 Chevrolet Camaro, are believed to belong to three teenagers who were last seen over 40 years ago: Jimmy Allen Williams, 16, who owned the car, and his 18-year-old friends, Thomas Michael Rios and Leah Gail Johnson. They had supposedly been heading to a football game the night they disappeared.

The second car, a 1950s Chevrolet, is believed to have had the bodies of three missing adults who were also last seen over 40 years ago: Nora Duncan, 58, her friend Alvi Porter, 69, and their friend Cleburn Hammock. It will take a few years for forensic experts to identify the skeletons with complete certainty, but after 40 years, the find gives tantalizing hope for closure to the families of those missing.

Goodwin Sands, off the coast of Kent, has been no stranger to shipwrecks; the Sands are the narrowest part of the English Channel, the world’s busiest shipping lane. There are 1,000 recorded shipwrecks in the area, with many more potentially remaining undiscovered. Two such ships form one of the strangest stories of nautical disasters—the two SS Mahrattas. 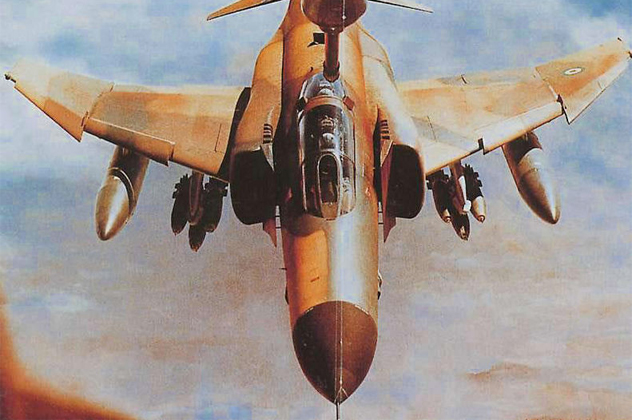 Buried in the sands off the coast of the Philippines in Subic Bay, 40 meters (130 ft) underwater, is an F-4 Phantom fighter jet. When divers found the wreck, the lack of crash damage raised the obvious question: How did it get there? The sea floor in the region is no stranger to airplanes; plenty of planes belonging to Allied and Japanese forces fought in the region during World War II. But the discovery of a relatively modern fighter jet—the F-4s were in production from 1958 to 1981—is rare indeed.

One theory is that the plane was simply pushed off an aircraft carrier. Until more recent times, it was common for aircraft that were damaged to be stripped of all useful parts and pushed off the side of their aircraft carrier to free up deck space. Of course, scuttling a multi-million-dollar fighter jet is frowned upon today, but those were different times. Another possible theory is that it was a victim of the fire aboard the USS Forrestal in 1967 during the Vietnam War, which resulted in damage to seven F-4 Phantoms. The truth may never be known, but it’s an interesting mystery. 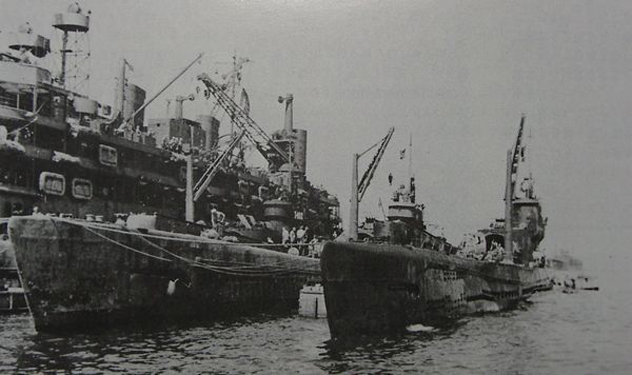 A massive I-400-class submarine was discovered in August 2013, 700 meters (2,300 ft) underwater off the coast of Hawaii. The I-400 was a huge Japanese submarine from World War II, designed to hold three seaplane bombers that could strike at areas beyond the range of normal Japanese planes. The Japanese had plans for a fleet of 18 subs that could have potentially launched strikes against American cities, but these plans never came to fruition and only three were ever built. Even these weren’t used as intended; they were usually used for carrying fuel to islands in the Pacific.

At 122 meters (400 ft) long, the I-400s were the world’s largest submarines at the time, with a range of 60,350 kilometers (37,500 mi). They wouldn’t be beaten in size or range until the advent of American nuclear submarines in the late 1950s and early 1960s. The American navy captured an I-400 near the end of the war and spent considerable resources studying the submarine’s secrets. After a request from the Soviets to study the I-400 in 1946, the Americans hit it with three torpedoes and sent it back to the ocean’s depths so the Soviets wouldn’t have a chance to learn from it.

4Two Steam Locomotives That No One Knew About 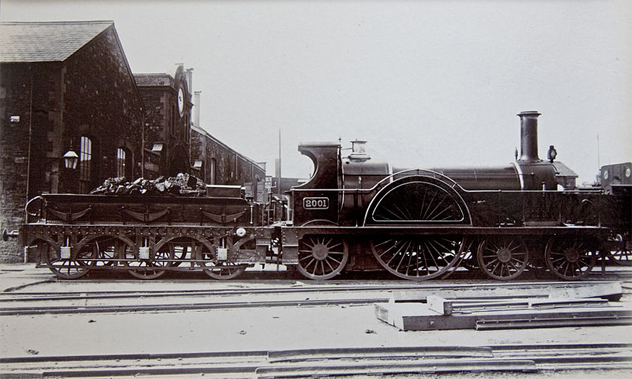 In 1985, Paul Hepler was mapping the ocean floor off the coast of New Jersey with a magnometer when he found two large metal objects. Not knowing what they were, he dove down to take a closer look but couldn’t see anything. When he went back later, he discovered that they were two steam locomotives from the 1850s, side by side and 27.5 meters (90 ft) underwater. What makes this even more incredible is that no one knows how they got there. There are no records of them being built, much less lost at sea.

There are a couple theories—they could have been pushed off in a storm to shed weight, or they could have simply fallen off. Built before railways linked everything in America, they were believed to be heading to a mid-Atlantic state, which is why they were being transported by boat. What is known, however, is what they are: Planet Class 2-2-2 Ts, practically obsolete when they were built and very rare today. Despite being covered in over 160 years of rust, they are quite well preserved and there are plans to bring them onto dry land for preservation. 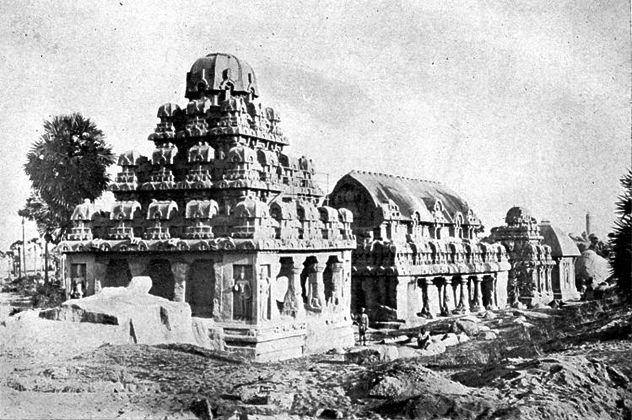 For a long time, the people of Mahabalipuram, India talked of seven pagodas so magnificent that the gods became jealous and had six of them swallowed by the sea. However, historians had always believed that the one on land was the only one, dismissing the story as a local legend. But during the Boxing Day tsunami in 2004, the water receded by 500 meters (1,650 ft), briefly uncovering the legendary pagodas.

When the water rushed back, it cleared the buildup of sediment on the structures, exposing them for the first time in centuries. Local fishermen took dive teams to the site, where they were astonished by the finds. The expedition leader, Monty Halls, was quoted as saying, “the initial feeling was one of disbelief. The sheer scale of the site was so impressive.” The findings add credibility to the legend of the pagodas, and there is evidence that they could have been swallowed by the sea as the legend states. More importantly, the site will provide a wealth of knowledge about the Pallava dynasty. 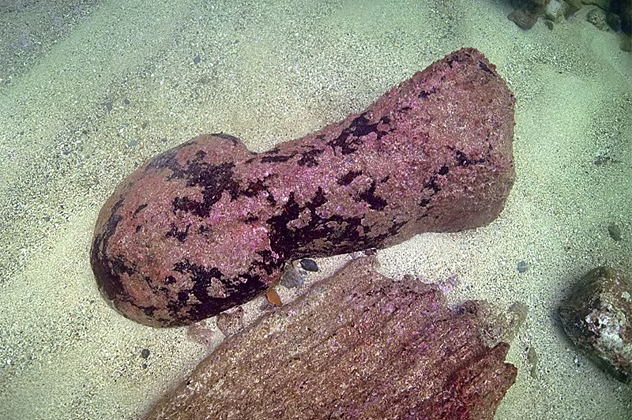 In early 2014, underwater archaeologists discovered a sphinx off the coast of the Bahamas while studying an ancient shipwreck. Despite difficulties in being able to study the statue due to erosion and coral, scientists have announced that it is almost certainly of Middle Eastern origin, and the limestone is believed to have come from Wadi Rahanu, a region in Egypt known for its limestone quarrying since 3500 B.C. It is believed that the sphinx has been lying there for up to 2,500 years and could have possibly have been cargo on the ship that was originally being studied.

As most historians believe that the ancient Egyptians were poor sailors, the sphinx’s presence is incredibly strange. More tests on the sphinx and the boat are to be carried out to determine the ship’s origin, allowing us to work out why and how the sphinx ended up at the bottom of the Caribbean Sea. Unfortunately, as the shipwreck is badly damaged, the only thing we’ve been able to glean from the astounding find is that the ship was made of cedar. That’s not a lot to go on, so it’s possible that we may never unravel the mystery of the underwater sphinx. 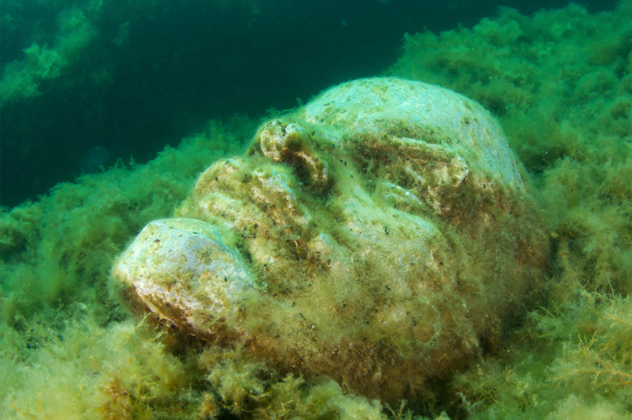 Long believed to be a myth, the city of Heracleion (to the Greeks) or Thonis (to the Egyptians) was rediscovered in Aboukir Bay near Egypt under 46 meters (150 ft) of water. It was found in 2000 after being buried under sand and mud for 1,200 years. Due to the mix of artifacts at the site, it’s assumed that the city was a bustling trade hub, a major commerce stop for ships from Greece and Egypt—64 other shipwrecks have also been found in that region, along with 700 anchors. Massive statues have been raised from the Heracleion site, which are thought to have adorned the temples in the city.

Other artifacts include coins and weighing scales from Greece and Egypt, as well as tablets from both civilizations. What makes this find even more incredible is the way it has been preserved—buried under a layer of sand for over a millennium, the artifacts are practically untouched by time. According to one estimate, uncovering all the secrets this city is hiding could take up to 200 years.