Most of us are well aware of environmental issues like water pollution, endangered species, or oil spills. However, a series of stranger, little-known, or incredibly specific environmental problems are unfolding. In this slightly disturbing account, we examine the evils of house cats, a scary killer fungus destroying frogs worldwide, and the growing reality of intersex amphibians on drugs. 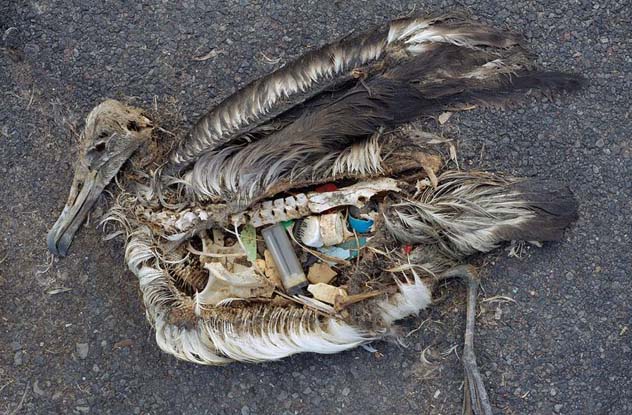 Albatrosses around one’s neck may be a metaphor of guilt in “The Rime of the Ancient Mariner,” but in modern times, a far more real challenge has emerged. Of the 22 species of albatross found worldwide, 17 are endangered. The birds have traditionally suffered from predation and as unintentional victims of longline fishing, but the global albatross mortality crisis is also linked to something else: “plastic islands” forming in the oceans.

Even on remote islands such those in the Midway Atoll, many foraging parent albatrosses collect bits of plastic and feed the trash to their young, killing them. One study found that 97.5 percent of chicks had plastic in their stomachs. Out of 500,000 surveyed albatross young, a shocking 200,000 died due to dehydration or starvation, and dead albatrosses had far more plastic in their stomachs than healthy ones.

Marine pollution of this nature starts when litter washes into the ocean or plastic debris is lost from boats. Environmentalists looking to save albatrosses are now searching for ways to reduce plastic entry into the ocean and ways of removing the plastic already there. 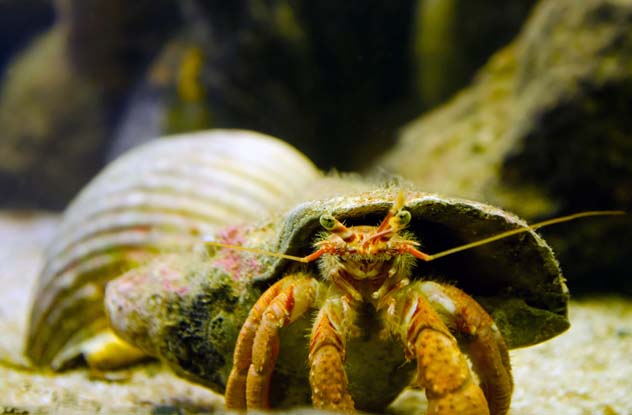 We are familiar with the debates on the nature and extent of climate change caused by greenhouse gases. Lesser known is the problem of ocean acidification, which is rising to prominence as a potentially serious environmental challenge.

A vast majority of shellfish—sea creatures including crabs, lobsters, clams, and snails—depend on alkaline calcium carbonate materials. Higher levels of acidity may harm shell formation and the survival of these key species, potentially leading to serious cascading effects. Even marine mammals depend on these creatures. 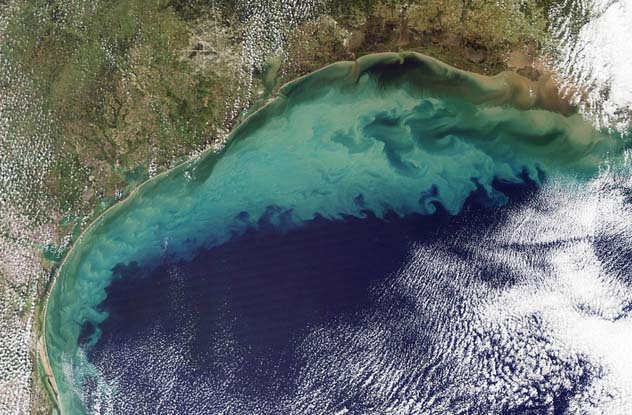 The Gulf Oil Spill following the disastrous Deep Water Horizon blowout garnered massive media attention for its terrible effects on wildlife. However, a different and perhaps more chronic problem is brewing in the Gulf, and if you find yourself saying, “crap,” well, you’re exactly right. Animal waste from southern farms is partially responsible for increasingly large “dead zones” along the coast, where excessive nutrients and the growth of algae kill off marine life.

The oceans in these protected areas are naturally rich in nutrients due to gentle, warm waters that encourage marine life and birds. However, these same conditions make the area extremely prone to the effects of unnaturally high levels of animal waste. The problem has become so large that shrimp farmers are noticing significant reductions in their catch. 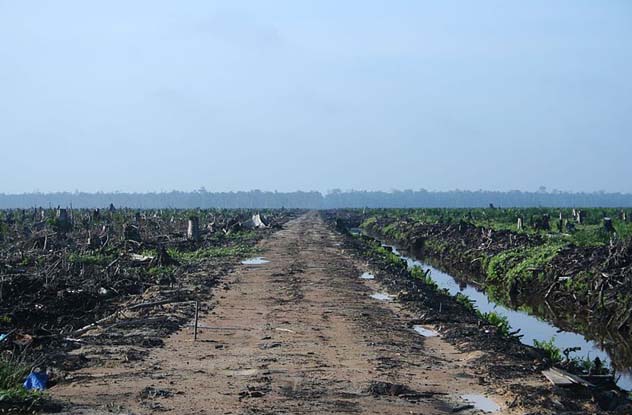 When we think of global deforestation crises, we tend to imagine the Amazon challenges frequently reported, or we look suspiciously at our teak desk sitting in the corner of the room. However, one of our closest relatives is vanishing along with its rainforest environment. Ground zero is Malaysia and surrounding countries, and the culprit could be in your cupboard or chocolate bar.

Found in a vast range of products, palm oil is produced from plantations of non-native African oil palms in Southeast Asia. In Borneo and Sumatra, the last stronghold of the orangutan, palm oil plantations have destroyed and continue to destroy thousands of acres of premium orangutan habitat.

Many orangutans that do not escape quickly enough are killed by thoughtless land speculators and farmers connected with large palm oil ventures. As a result, entire verdant landscapes are laid to waste, and our red-haired cousins are facing disastrous declines in population. 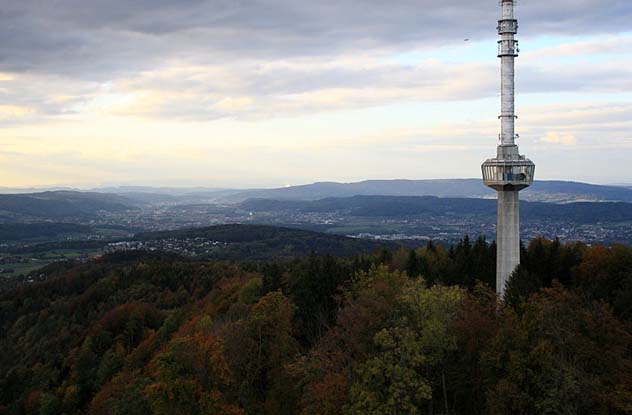 Birds are the airplanes of the natural world. Unfortunately, that leaves them vulnerable to the same disasters that claim planes: crashes.

This is partly our fault. Though birds’ navigation skills are so extraordinary that they baffle scientists, that doesn’t save them from the treacherous obstacles man has put up. Telecommunications and media distribution structures such as television towers are estimated to kill a whopping seven million migratory birds per year.

Birds become disoriented while migrating and may fly right into the towers. Collisions with cables may occur even in broad daylight. Tower impacts are especially terrifying due to the percentage of populations they may claim—97 percent of birds killed are beautiful songbirds, and even marsh birds such as yellow rails are affected, with one-tenth of their population killed per year.

Conservationists have proposed several methods for reducing mortality, including location planning or changes in lighting. Flashing safety lights may attract far fewer birds than the solid lights we typically use. 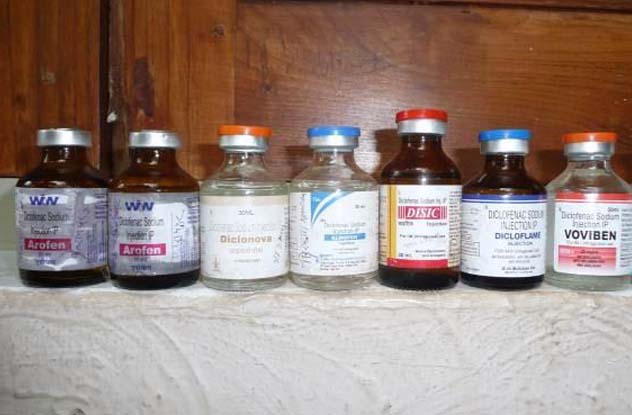 When human urine contaminated with drugs enters the sewage treatment system, chemical traces may pass into aquatic ecosystems. The results vary from the concerning to the truly bizarre. Scientists have discovered increased rates of hermaphroditism in frogs living in some urban waterways, and gender ratios in fish populations may be skewed. Pharmaceutical products that contain estrogen may impede reproductive development and disrupt the endocrine system.

The most extreme example of pharmaceutical contamination has occurred in India and nearby nations. There, populations of vultures declined by over 90 percent in many areas from traces of the human anti-inflammatory drug diclofenac. The fall in vulture numbers has meant a rise in the number of uneaten livestock carcasses—which has boosted the population of feral dogs. This, in turn, has led to a frightening jump in rabies cases. 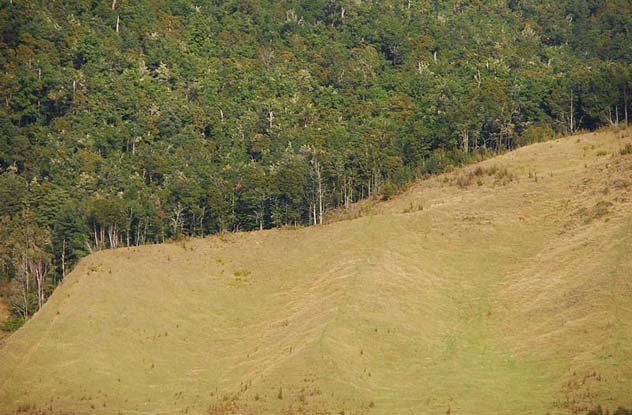 Parks are often designed for beauty, leaving just small patches of forest as nature reserves among areas of farmland. While these sites may appear to be teeming with forest birds, the wildlife may actually be the victim of an international problem known as population sink effects.

Forest patches of a reduced size attract multiple species of songbirds to breed. But these patches also attract increased levels of predators, such as squirrels, raccoons, and snakes. These predators can spot the birds more easily in these reduced patches, so they raid the nests for easy pickings. The whole bird species population then declines in size. 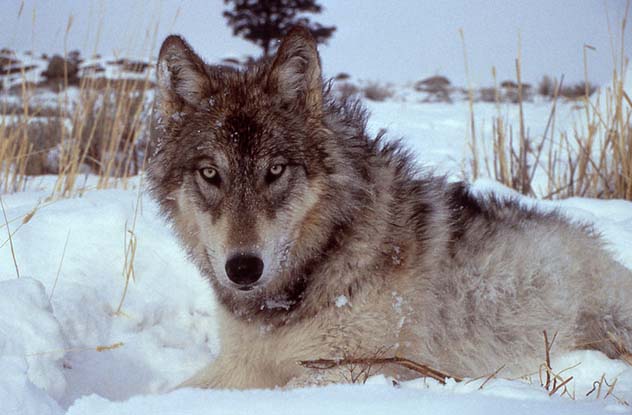 In nature, the taking of individual lives may promote the population’s health. For that reason, predation by wild animals is not a bad thing for ecosystems.

Wolves have long been falsely maligned for their supposed damage to animal populations, but their “top down control” accomplishes three things. They cull sick animals. They distribute nutrients by moving biomass. And, of special importance, they limit the populations of prey and therefore limit their ecological impact. In Yellowstone National Park, wolf reintroductions caused declines in elk, which allowed the restoration of riparian vegetation and beaver populations. It ultimately led many small birds and animals to return to the park.

Wherever large predators disappear, disturbing effects may occur. Jaguar loss may cause rainforests to become denuded by grazing. The loss of large predatory fish such as sharks may throw aquatic ecosystem conditions far out of balance as mid-level predators proliferate. The decline of predators remains one of the most counterintuitive and damaging environmental problems worldwide. 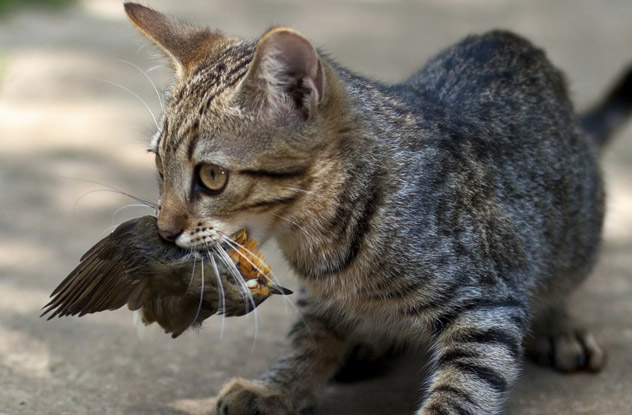 While cats and canaries may be comic enemies in popular culture, the reality for North American birds is more serious. Massive numbers of songbirds across North America lose their lives to marauding house cats, which may represent one of the most significant causes of avian population declines.

Scott Loss of the Smithsonian Conservation Biology Institute has determined that free-roaming cats kill 1.4–3.7 billion birds a year. The magnitude of the problem becomes terrifyingly large when one considers that the total population of land-dwelling birds in North America is somewhere between 10 and 20 billion. That means we lose a staggering 5–15 percent of birds to cats alone per year. 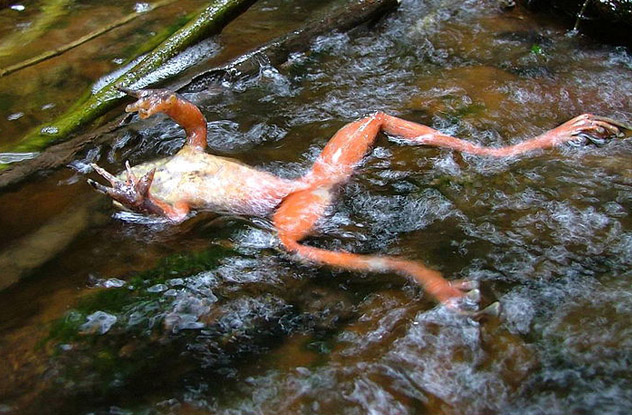 As a group, frogs are among the most endangered animals on the planet due to their sensitivity to environmental changes. A global extinction crisis of disturbing proportions is now unfolding among them due to a decidedly creepy cause: fungus outbreaks.

A disease triggered by exposure to the chytrid fungus Batrachochytrium dendrobatidis has been found by researchers on at least 287 amphibian species in 36 nations. “Chytridiomycosis” is responsible for declines in amphibian populations in Australia, North and South America, Europe, Central America, Africa, and New Zealand. Causing serious skin outbreaks and a wide range of body damages, chytrid kills amphibians with relative ease. It’s now thought responsible for over 100 species extinctions.

While these fungi are natural, their spread worldwide is anything but. The culprit is human activity, with transportation of amphibians for research and the pet trade to blame for the unnatural spread of the deadly chytrid fungus.

Christopher Stephens is a graduate student in environmental sciences at Royal Roads University, an outdoor adventurer, and a busy freelance writer. He leads birding tours for Pacific Rainforest Tours that offer local and international visitors the best of the Pacific Northwest bird scene!