History has always been full of con men and scam artists ready to rip off the most gullible among us. While we may be more familiar with impersonators like Frank Abagnale and financial swindlers like Bernie Madoff, a number of people out there deserve to be in the spotlight as well, mainly because they managed to pull off an amazing selection of forgeries during their career. 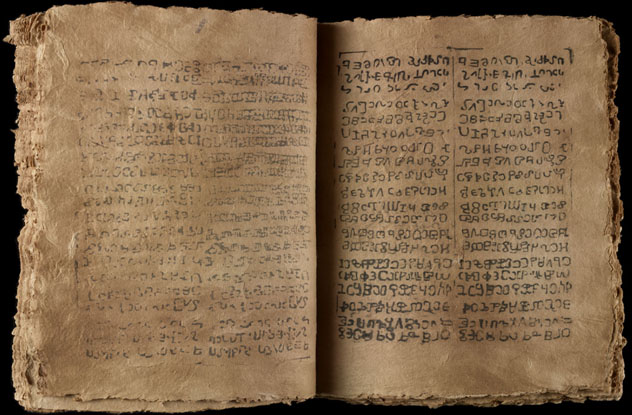 Although Islam Akhun lacked an education, that didn’t stop him from successfully passing off forged Silk Road papers as genuine.

Prior to his scam, several European governments were in an archaeological race in Central Asia following the discovery of an authentic document known as the Bower Manuscript in 1889. After learning from Afghan traders how the Europeans paid for every document found, Akhun decided to cash in on the craze without ever having to dig in the desert. Together with his associates, Akhun began forging phony documents in 1894 and sold them to the unsuspecting Europeans. Akhun’s scam went unnoticed for three years due to the Europeans’ inability to read the characters on the documents.

Unfortunately for Akhun, his scheme began to unravel in 1898 when a Swedish missionary named Magnus Backlund shared his doubts. A British linguistics scholar named Rudolf Hoernle soon advised archaeologists to stop buying any more manuscripts from Akhun. His swindling days officially came to an end in 1901, when British archaeologist Sir Aurel Stein successfully extracted a confession from him.

9The Anesthesiologist Who Dreamed Up His Data 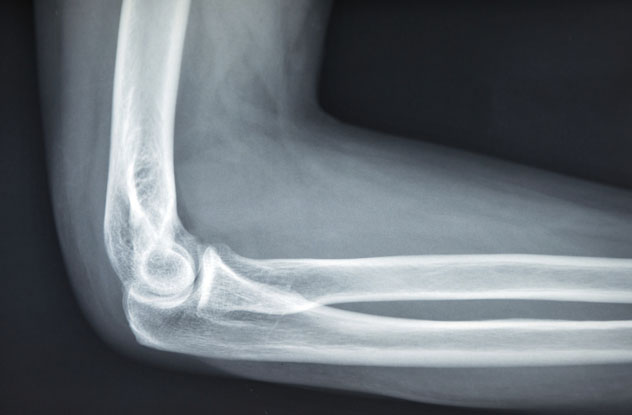 A few years before Yoshitaka Fujii stunned the world with news of his record-breaking scientific fraud, fellow anesthesiologist Scott Reuben was already in the limelight. Although the doctor from Massachusetts only fabricated 21 research papers against Fujii’s 179, Reuben’s fraud made a bigger impact, especially on patient safety. Since 1996, Reuben concocted fictitious data supporting the use of specific pain drugs after orthopedic surgery. In reality, these drugs may have actually slowed the recovery process.

Reuben’s plot to push these drugs came to an end in 2009 after a surgeon discovered that Reuben forged his signature in one of his papers. Following a string of investigations, Reuben was found guilty of healthcare fraud and was sentenced in 2010 to six months plus three years of supervised release. In addition to having his license revoked by the Medical Board, Reuben also had his name blacklisted by the FDA.

8The Monk’s Fictitious Biography Of A Saint 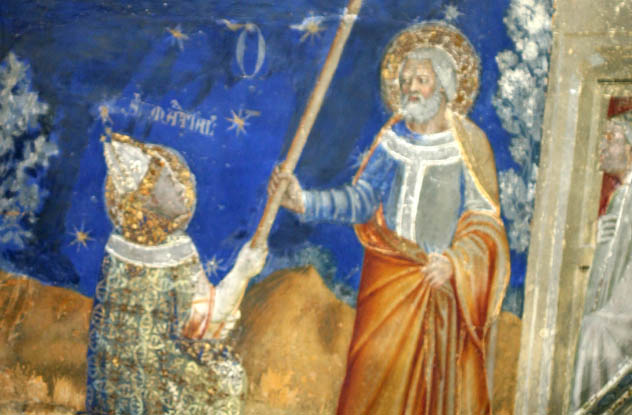 If there’s anything that the 11th-century French monk Ademar de Chabannes can teach us, it’s that persistence can pay off—especially when it comes to lying.

As a young man, Ademar was educated in the famous St. Martial’s Abbey in Limoges, France. Like the rest of the monks there, he came to venerate St. Martial—so much so that he wrote a fake backdated biography naming the third-century figure as St. Peter’s cousin and one of Jesus’s apostles. After Christ’s death, Peter supposedly commissioned Martial to go and preach in Gaul.

To back up their claim, Ademar and the monks also created a new liturgy dedicated to Martial. On the day of its celebration, a visiting monk named Benedict of Chiusa exposed the fraud, shaming the perpetrators. But far from feeling beaten, Ademar instead continued to heap forgeries upon forgeries for the rest of his life to uphold Martial’s apostolicity. His efforts met with some success; after his death, locals continued to venerate Martial as an apostle for centuries.

Unlike the vast majority of forgers out there, Mark Landis isn’t in it for the money. Not once during his career of almost 30 years has the man taken a cent from giving his artworks to museums in almost two dozen states. Instead, the Virginia native would usually visit museums dressed either as a businessman or a Jesuit priest and offer his forgeries to the officials for free. More often than not, the museums accepted his offer.

Landis explained that his motivation stemmed from his desire to honor his deceased parents’ memory. Health workers, however, have ruled that Landis—a diagnosed schizophrenic who suffered two nervous breakdowns—mainly just loved the attention his works gave him.

Although a museum registrar finally exposed his activities in 2008, no efforts have been made by authorities to investigate or arrest Landis because he didn’t profit from his activities. As an alternative, an exhibit displaying his selected works was launched in 2012 as a way of recognizing Landis’s artistic skills. 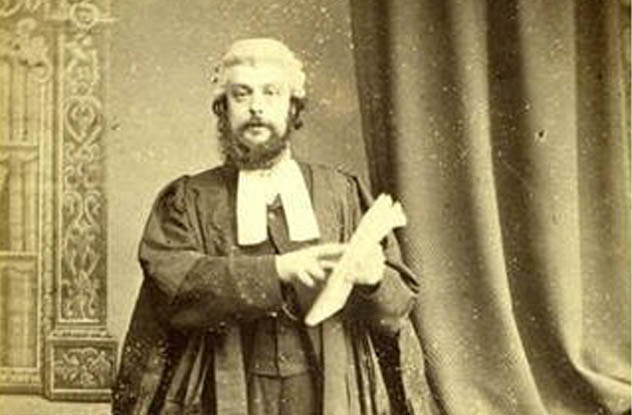 Meet James Townsend Saward, one of the real-life inspirations for Sir Arthur Conan Doyle’s villainous Professor Moriarty. Even before he became a barrister in Victorian London in 1840, Saward—also known to the criminal underbelly as “Jim the Penman“—had already been leading a gang of thieves whose activities included cashing forged checks, fencing stolen goods, and outright robbery.

A master forger who could create perfect copies of signatures, Saward took great care to avoid detection, thereby allowing him and his gang to operate for more than three decades. Saward’s criminal operations ultimately came to an end when an accomplice mistakenly used his real name in a letter asking for instructions after a botched bank swindle. Subsequently, police intercepted the letter and arrested Saward along with his gang. In 1857, a court sentenced Saward and another of his co-conspirators, James Anderson, to serve their jail terms in Australia.

5The Man Who Created Fake Art From His Garden Shed 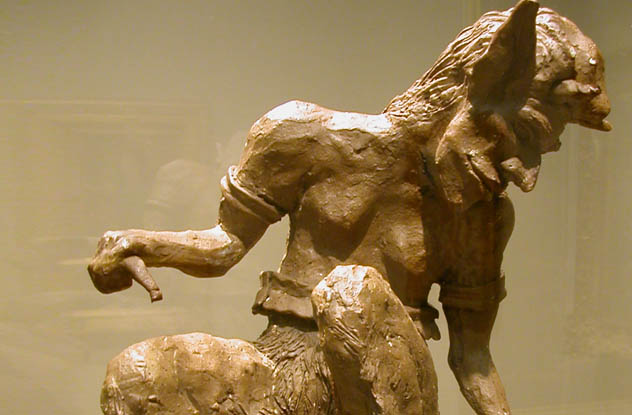 For almost two decades, British conman Shaun Greenhalgh—along with his senior citizen parents George Sr. and Olive—successfully fooled museums and experts with his fake sculptures, accumulating as much as $3 million in the process.

A frustrated artist, Shaun began his scam in 1989, working from a shed in the family’s backyard. His parents would sell the finished products to various museums, claiming they were authentic pieces handed to them by their ancestors. The ruse worked; during their career, the family sold several fake works without fail, with some fetching more than $100,000.

The art community gradually became suspicious of the family after experts detected a series of flaws with three “Assyrian sculptures” George Sr. brought to a museum in 2005. Subsequently, a search by Scotland Yard into the family’s home revealed all the incriminating evidence they needed. In the aftermath, Shaun received four years and eight months in prison while his parents got suspended sentences.

4The Anti-Mormon Who Plunged His Church Into A Crisis

Although he forged and sold hundreds of phony documents, antiquities dealer Mark Hofmann would be best known for embroiling the Mormon Church in a stupendous scandal in the 1980s.

A Mormon who later lost his faith, Hofmann wrote several forgeries that clashed with the church’s official history and its major tenets. He wanted to embarrass the church so much that they’d buy the documents to cover them up. One of his most famous works was the Salamander Letter, a document that depicted church founder Joseph Smith talking with a white salamander instead of an angel.

Hofmann’s career ended when he killed two people in a bizarre bomb plot to silence those who threatened to expose him. Police apprehended Hofmann after he injured himself with a third bomb. During his trial, he pleaded guilty and was sentenced to life in prison.

3The Brothers’ Shop Of Forgeries 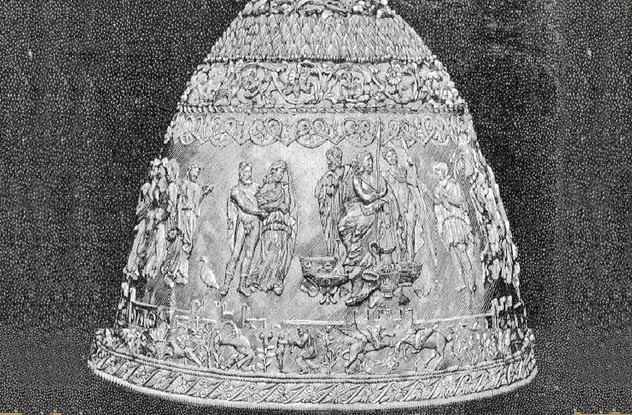 Based in Odessa, Ukraine, the Gokhman Brothers became one of the most extensive sellers of fake artifacts across Europe in the 1890s up to the early 1900s. Their methodology was as simple as it was brilliant: from their shop, the brothers would make a sketch of the intended forgery and then hire skilled artisans to craft it.

Their work succeeded in fooling many major museums, including the Louvre. In the mid-1890s, the museum bought from the brothers a purported ancient Scythian tiara worth 200,000 francs. The museum would have continued exhibiting it, were it not for the timely visit of its real creator, the skilled goldsmith Israel Rouchomovsky. The goldsmith managed to prove to the museum that the tiara was his creation, forcing officials to remove it in 1903. This deception however, would not be the Gokhman Brothers’ last. In 1939, they fooled the museum yet again into buying another of their fakes: a Scythian drinking horn.

2The Counterfeiter Of Polynesian And Maori Curios 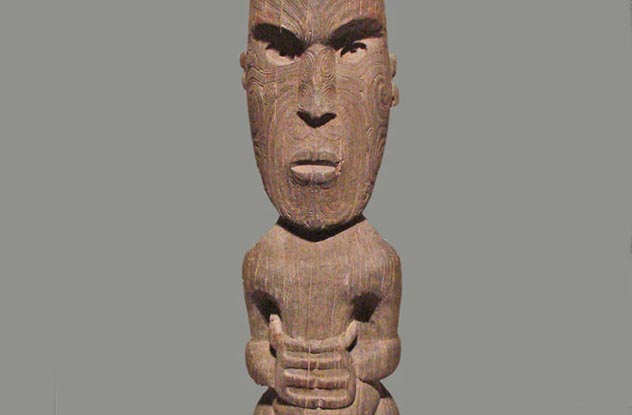 The handicap of having never set foot in the South Pacific certainly did not stop James Edward Little from making fake Polynesian and Maori knick-knacks—and fooling experts with them for a good 15 years.

A legitimate dealer of antiques and a noted restorer, Little’s forging career began by pure chance in 1900 when an art dealer staying in his home wanted to buy his collection of authentic native trinkets. Little promised to find more and sell them to him—and began a life of crime. As the decade rolled on, Little acquired a long list of clients—some as far away as New Zealand—who regularly ordered and paid for his work via mail. To make the fakes, Little either copied them from real pieces or just used his imagination.

Concurrently, Little also stole originals from museums and replaced them with his fakes. One 1915 operation proved to be his downfall. The curator managed to identify Little as the culprit as he had been the museum’s only visitor in three days. Little spent six months in prison before joining the war.

Although he would later be imprisoned again for robbery in 1939, Little was never charged for the crime of forgery. 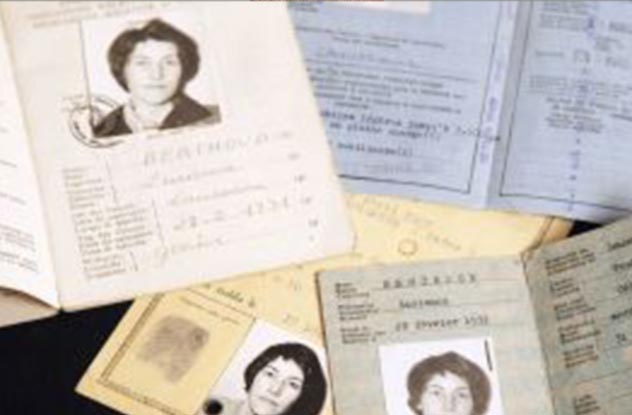 As we’ve seen before, forgery can be used for good. Take Adolfo Kaminsky, for instance. As an Argentinian Jew living in Nazi-occupied Paris, Kaminsky narrowly escaped a trip to Auschwitz when the local Jewish French Resistance provided him with false documents. Kaminsky joined the group and began manufacturing fake documents of his own, designing passports in his personal studio.

Kaminsky’s studio could churn out as many as 500 false documents every week. To keep the frenetic pace and fight off exhaustion, Kaminsky constantly reminded himself that he if he “worked for an hour, 30 people would live; if he slept, then they all died.”

After the war, Kaminsky went on to become a forger for several freedom movements across the world, from South America to Africa. He finally retired in the 1970s, having been paid just once during his 30-year career.