The science fiction genre has given us a plethora of terrifying technology throughout the years. How many of those terrifying weapons could actually exist, based on what we know about modern science? From Doctor Strangelove to Star Wars to the Marvel Universe, here are 10 scary sci-fi weapons that could theoretically exist. 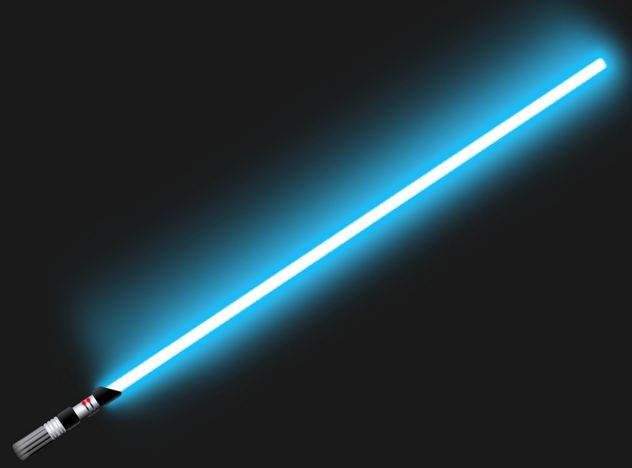 We’ve all wanted a lightsaber at some point in our lives, right? Well, they may be a reality not too far off in the future. In September 2013, scientists from Harvard and MIT found a way to manipulate photons—particles that normally don’t interact with each other—into a photonic molecule. Until these scientists created the process of binding photons into molecules, it was only a theoretical possibility. They say that the closest example of what this new process creates is—you guessed it—a lightsaber!

To do this, the scientists pushed rubidium atoms into a vacuum chamber and allowed lasers to cool them at near-absolute zero. They then shot single photons into the atom cloud via laser pulses. This caused the photon to move into and through the cloud, passing energy to the atoms. One of the scientists claims that this process may one day be used to create 3D crystalline structures out of light alone. Granted, the science isn’t quite ready to create an arm-chopping, light-beam weapon just yet, but it does prove that such technology is at least theoretically possible. 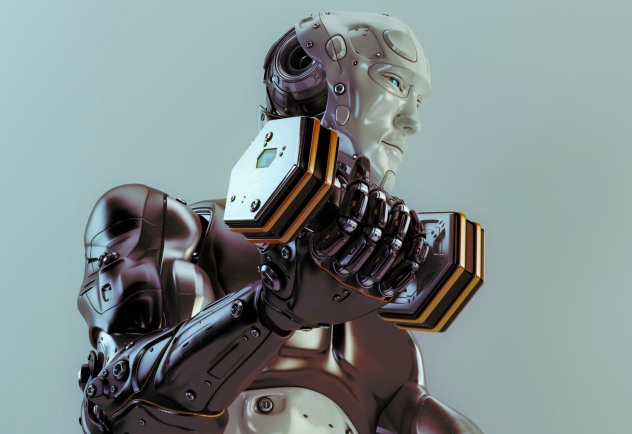 Cyborgs have been a terrifying feature of science fiction for as long as the genre has been around. But is it actually possible to create a “bionic man” with today’s technology? It’s definitely a possibility. Modern technology has already created bionic eyes and hearing aids. Now, Vanderbilt University has created a bionic exoskeleton for people with paralyzing spinal cord damage. The research is a breakthrough for medicine and science, and it also opens up for the possibility to create a walking, breathing, weaponizable bionic superhuman.

This Vanderbilt-developed lower limb exoskeleton works via force mechanisms at the hip and knee joints. Coupled with an application display, this allows complete control of the orthosis from above the waist. This exoskeleton was tested on a paraplegic patient, with positive results. The subject could walk at an average speed of 0.8 kilometers (0.5 mi) per hour with the assistance of parallel beams for support. If it’s possible to fix such traumas, who can say that an entirely bionic man is a crazy concept to conceive? 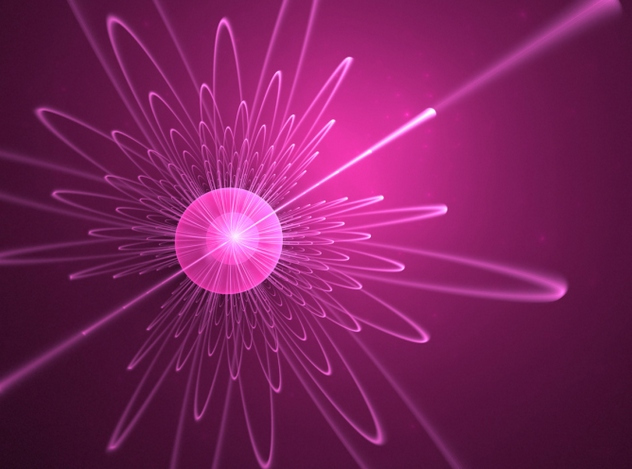 The idea of harnessing a super-powered energy source in a small, contained space isn’t impossible with today’s knowledge. The fusion reactor from Spider-Man’s world may not be real, but the idea behind it is based on real-life science. The scary thing is that we’re not that far off from understanding nuclear fusion through a deuterium-tritium reaction. A deuterium-tritium reaction is the most conceivable nuclear reaction to attempt, since both deuterium and tritium are abundant. The fusion process involves bringing the two atomic nuclei so close to each other that they fuse together, but it requires temperatures of around 100 million degrees Celsius (180 million °F).

In addition to the temperature, the process creates a highly electric plasma that must be contained in a magnetic field cage. The idea behind Doctor Octavius’s fusion reactor isn’t too far off from how we understand the deuterium-tritium reaction. However, containing the reaction and stabilizing it enough to attract metallic items from a distance is another matter. One thing is certain: If this reaction could be perfected and weaponized on a smaller scale, we would all be in trouble. 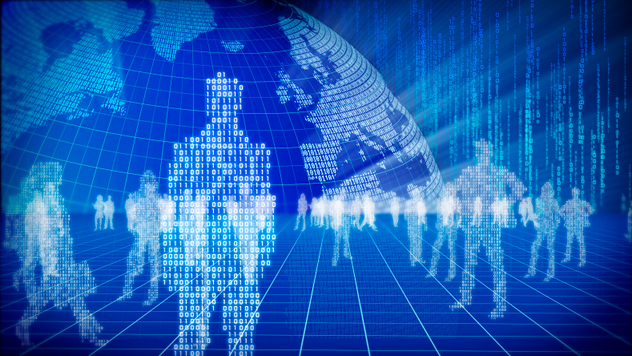 “Beam me up, Scotty” may be the coolest catchphrase in the world of science fiction, and the teleportation device that allowed Captain Kirk to utter the words is one of the coolest sci-fi devices. Although most teleportation devices aren’t necessarily considered weapons, the technology could undoubtedly be used for both good and evil. The question remains as to whether teleportation is a possibility. The answer is a resounding “maybe.”

According to an essay published in Science, scientists from Joint Quantum Institute at the University of Maryland and the University of Michigan have been able to explore the feasibility of teleportation. The JQI team has shown that it’s possible to transfer information (but not the matter itself) between photons. To accomplish this task, they placed two ions in a vacuum surrounded by electric fields. Then they used a laser pulse to create a quantum state known as entanglement, which essentially lets two atoms displace properties from one to the other. In a sense, this allows information to be “teleported” between them. The next logical step for the JQI team is to improve the precision of the photons and create a quicker, more efficient communication between them. The answer as to whether or not we’ll ever perfect human teleportation is in the distant future, however. 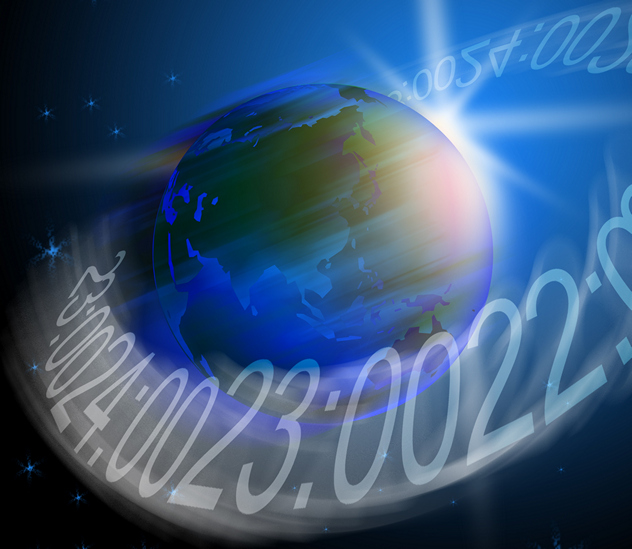 We probably won’t be reaching 88 miles per hour and jumping to a different century in a DeLorean. Neither will we be hopping into police boxes that take us to another galaxy 1,000 years in the future. However, that doesn’t mean that time travel devices may never exist. Albert Einstein was able to show that time is essentially elastic and capable of stretching or shrinking with motion. Time travel should actually be possible, considering that time can be accelerated by increasing speed. This can be observed with stars and planets light-years away. In addition, Einstein claimed that gravity is a factor of time as well. So, with time travel being theoretically possible, how about a time machine?

A time machine has been said to work by bending the space-time continuum so that time lines loop back on themselves to form a “closed time-like curve.” To create such a loop, the time machine would need an exotic matter with a negative energy density. This matter could potentially exist, but there’s not enough of it to build a time machine. There is research to suggest that a time machine could run without such exotic matter. This would require creating a vacuum of normal matter to shift through, allowing the space-time continuum to bend in on itself. This theory introduces complications and assumes a near-impossible manipulation of gravitational fields, but it does provide a theoretical basis for such a device.

Being able to master this science and build a proper time-traveling device would take a lot of trial and error, research, and luck. If a time machine were to exist in the future, it could be more disastrous than any weapon in our arsenal. 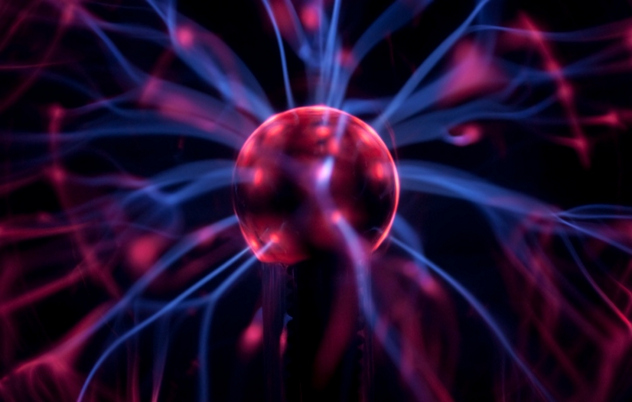 You might remember electromagnetic pulse (EMP) being used in The Matrix to stop the Machines and to bring down hovercraft. The idea of a weapon that can disable all electronic devices sounds like a terrifying creation of science fiction, but EMP does exist in real life, and it’s even more terrifying than we can imagine.

A moderate EMP blast would destroy any nearby electronic devices. A blast directly above the United States could send pulses throughout the entire North American continent. Even some smaller microwave EMP weapons could theoretically disable local banks, alarm and security systems, and institutions like the stock exchange. It was reported that North Koreans were experimenting with Russian technology to create EMP weapons capable of disabling electronic military equipment. It’s a terrifying prospect to consider, and not even Keanu Reeves could save us if EMP weapons become commonplace.

The neuralyzer from Men in Black is quite possibly one of the coolest sci-fi weapons. Not much bigger than a pen and able to fit in a jacket pocket, the nerualyzer is capable of wiping a human memory for as long as the user intends—just by using a flash of light. While we haven’t been able to create such a device yet, scientists are experimenting with memory editing and are seeing some success. New York researchers have created a new experimental drug capable of blocking PKMzeta—a substance the brain needs to retain most learned information. After it is administered, the drug can reach areas of the brain that hold certain types of memory associated with emotions and motor skills. The research is in its infant stage, and the drug has only been tested on lab rats.

However, the scientists are quite confident that the same memory editing technique could be successfully applied to humans. Tapping into this science can be considered unethical. While it will most likely be used to treat dementia and other illnesses, we can’t entirely rule out its use as a building block for real-life weaponized neuralyzer in the distant future. 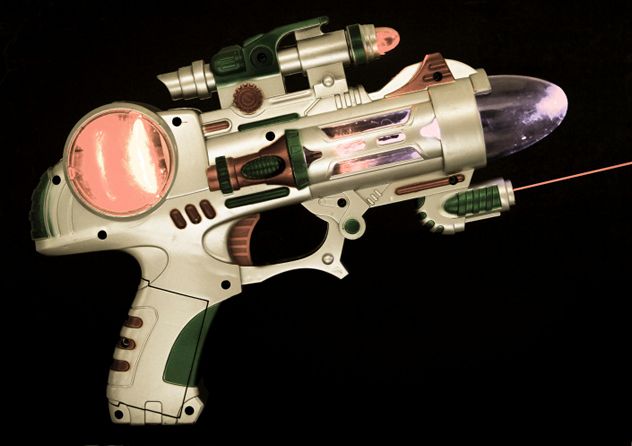 A raygun, or “death ray,” is a handheld weapon capable of shooting deadly particle beams. One of the first attempts to create a concentrated death ray was made by Nikola Tesla. His idea was to create a vacuum seal, then push a stream of air at a high velocity through the gun, creating so-called “high vacua.” The resulting particle beam could be projected in a straight line for up to 320 kilometers (200 mi). Tesla’s death ray was almost identical to the charged-particle weapon developed by both the US and Russia during the Cold War.

In more recent news, a man was able to use an old TV screen to construct a concentrated “death ray” that reaches 1,090 degrees Celsius (2,000 °F) and is capable of burning through metal. If producing a particle beam is this easy, could the same death ray exist in the form of a handgun? It seems like this possibility could turn into reality sometime in the future. 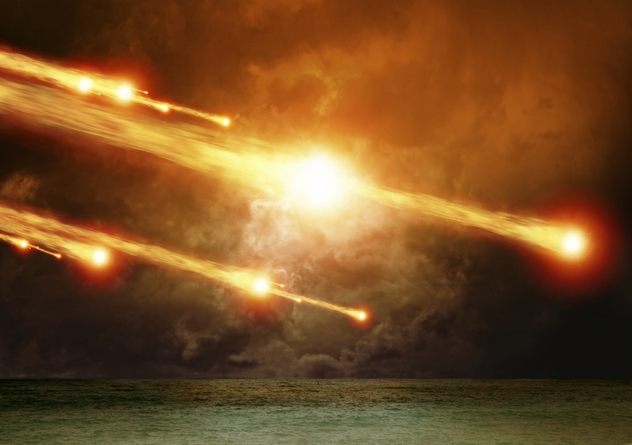 Doomsday machines have been terrifying the general public since the sci-fi genre was invented. However, the plot of Dr. Strangelove—where the Soviets blow up the world—may not have been entirely fictional. In 1984, the Soviet Union did in fact build a doomsday machine called “Perimeter.” It was operated by an elaborate system of triggers stationed around the country and designed to fire numerous missiles at the United States. It has been estimated that launching these missiles would have killed over 100 million people. The scarier part? Perimeter is still active, and nobody seems to want to bring it up (even though documents about the program have been published for the past 20 years). Whether a “doomsday machine” like Russia’s Perimeter exists elsewhere in the world is a mystery, but there’s no way to definitively rule out the terrifying possibility. 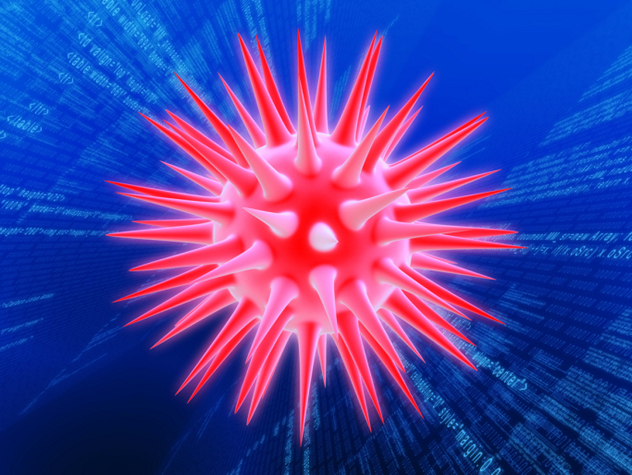 In short, the Extremis virus from the Marvel Universe originated as a healing agent for regenerating amputated limbs before evolving to give superhuman abilities. The science of regenerating human limbs (the way a reptile does) or creating better limbs is on its way to being theoretically possible. This can easily be weaponized, since one could potentially create an almost-unstoppable human. Currently, science cannot regenerate limbs and appendages, but the key to doing so may lie in our fingernails.

Researchers at the NYU Langone Medical Center used genetically engineered mice to test the chain of events that occurs in fingertip regeneration. They hope that their findings can be used for limb regeneration in the future. The experiment focused on the stem cells from the nail bed, which stimulate self-renewal and growth. The researchers found that the cells rely on proteins called the “Wnt signaling network.” These proteins help the growth of hair follicles and fingernails. By manipulating the Wnt signal in mice with amputated fingertips, the researchers could trigger growth in areas where it wouldn’t normally occur. The next logical step is to focus on the molecular processes that control how the signal interacts with stem cells to produce this growth and regeneration. The ability to create an ever-regenerating super soldier may not be entirely possible just yet, but we could be closer to it than we think.