Our solar system is filled with a star, eight planets, some dwarf planets, and lots of comets and asteroids. A few centuries ago, people thought that more than eight planets existed out there. They erroneously labeled asteroids as planets, discovered nonexistent planets, and predicted the existence of some other planets.

Some of these predictions came true—like Neptune, which was discovered after its existence was predicted. However, many more have remained hypothetical. We believe that some of these planets could exist, while we know that others do not. Nevertheless, we should always keep our fingers crossed. 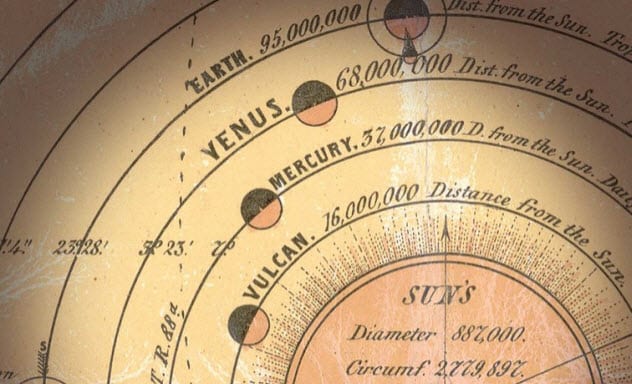 Vulcan is a hypothetical planet believed to lie between Mercury and the Sun. A few centuries ago, the planet was proposed after astronomers observed that Mercury had slightly changed its orbit with every revolution around the Sun.

In 1859, French astronomer Urbain-Jean-Joseph Le Verrier suggested that this was caused by the gravitational pull of an undiscovered planet lying between Mercury and the Sun. He called it Vulcan after the Roman god of blacksmithing. Le Verrier added that the planet could not be spotted because it was too close to the Sun.

Vulcan was soon considered the first planet of the solar system despite the lack of concrete evidence. This was probably because Le Verrier was an authority figure in astronomy. Thirteen years earlier, he had proposed Neptune after observing that an undiscovered planet was altering the orbit of Uranus. Besides, Vulcan’s existence was the only explanation for Mercury’s haphazard orbit.

This changed in 1915 when Albert Einstein’s Theory of General Relativity trashed every claim about the existence of Vulcan. Einstein said that massive objects like the Sun could bend time and space. Mercury’s orbit often changed because it was traveling through a “distorted space-time” caused by its closeness to the Sun.[1] 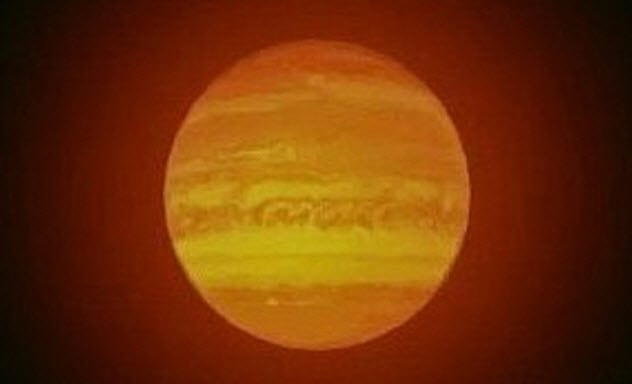 Tyche is a hypothetical planet lying somewhere in the Oort cloud at the edge of the solar system. The planet was proposed in 1999 by three astrophysicists from the University of Louisiana. The trio suggested that Tyche is the size of Jupiter, has three times the mass of Jupiter, and orbits the Sun once in 1.8 million years.

The astrophysicists proposed Tyche to explain the existence of long-period comets. These comets take over 200 years to complete an orbit round the Sun. Astronomers used to believe that long-period comets appeared from random locations in the solar system.

However, the astrophysicists say that the comets actually come from the Oort cloud and are flung toward the Sun by the gravitational force of Tyche. NASA used its Wide-field Infrared Survey Explorer (WISE) telescope to search for Tyche between 2012 and 2014. It found nothing.[2] 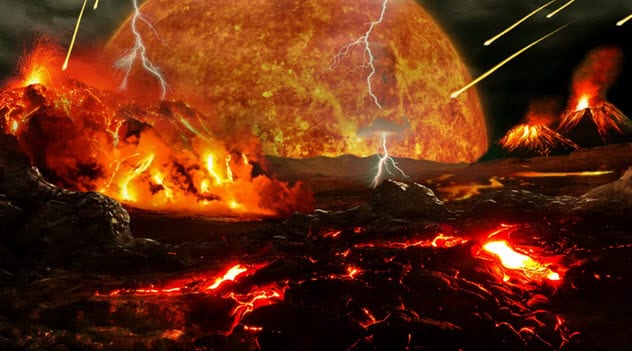 A barrage of asteroids hit the surfaces of Mercury, Venus, Earth, Mars, and the Moon 3.8 billion years ago. Scientists call that barrage the Late Heavy Bombardment (LHB). However, they cannot confirm where those asteroids came from.

Some scientists have suggested that the asteroids came from the remnants of Planet V, which lay between Mars and the asteroid belt that separates Jupiter from Mars today.

Scientists think that Planet V was smaller than Mars, which may explain why its orbit was heavily altered by the gravitational pull of Jupiter and other outer planets. Planet V soon became unstable and strayed into the asteroid belt, flinging asteroids toward Mars and the other inner planets. Planet V itself was later flung into the Sun or far into the solar system.

Alternatively, Planet V could have just steered clear of the asteroid belt and crashed into another planet. Some astronomers think it crashed into Mars and created the Borealis Basin, which covers 40 percent of Mars. If that happened, the asteroids that crashed into the inner planets were probably fragments flung into space during the collision.

Other astronomers say that the hypothetical Planet V never existed. They think that the LHB occurred after Jupiter and Saturn changed their orbits and flung asteroids from the asteroid belt toward the inner planets. Others say that the LHB was caused after the gravitational pull of Mars broke a large asteroid apart.[3] 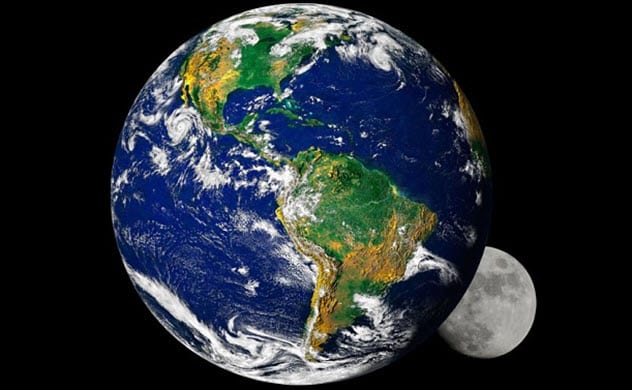 Scientists used to believe that the current Earth and Moon were created after a planet they called Theia slammed into an early Earth. The collision caused the smaller Theia to break up, sending fragments into space. One of these fragments became the Moon.

Scientists disproved this theory after tests on Moon rocks revealed that the Earth and Moon were made from the same material. These days, scientists believe that Theia slammed into an older Earth about 4.5 billion years ago. Both planets mixed together to create Earth. A fragment of Earth later broke off to form the Moon.[4] 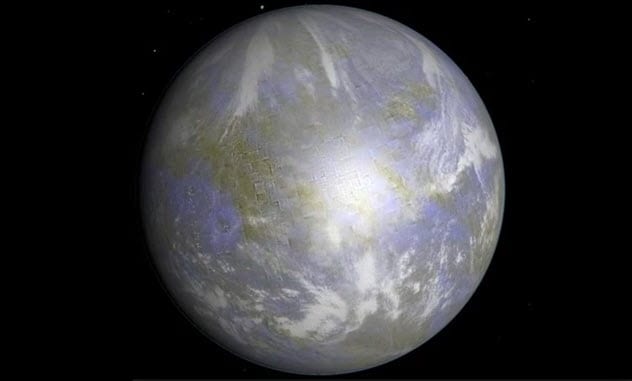 Olbers soon realized that Ceres and Pallas used to be part of the same planet. This belief was reinforced when planets Juno and Vesta were discovered. Ceres, Pallas, Juno, and Vesta were later reclassified as asteroids and considered remnants of a hypothetical planet called Phaeton.

Astronomers of the day thought that Phaeton had broken up and created the four large asteroids and every other one in the asteroid belt between Mars and Jupiter today.

Some astronomers thought that Phaeton had broken up after it exploded, was destroyed by Jupiter, or had smashed into another celestial body. Some think that this celestial body is Nemesis, a hypothetical star that was believed to be in our solar system.

However, today’s astronomers have disproved the existence of Phaeton. They say that the asteroids in the asteroid belt have always been asteroids. They were stuck between Mars and Jupiter and would have formed into a planet if it weren’t for Jupiter’s massive gravitational pull that kept them apart.[5] 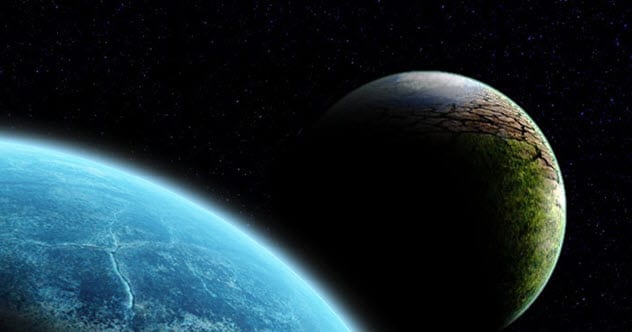 Nibiru is a hypothetical planet supposedly lurking somewhere in our solar system. While NASA says that it does not exist, conspiracy theorists insisted that it was real and would slam into the Earth in the year 2012.

Nibiru was first proposed by Zecharia Sitchin in his 1976 book, The Twelfth Planet, where he claimed that it orbited the Sun every 3,600 years. Many years later, self-proclaimed psychic Nancy Lieder declared that aliens had warned her that Nibiru would slam into the Earth in 2003. Later, she changed the date to 2012.

In 2011, Comet Elenin passed by Earth and broke apart after flying too close to the Sun. Hard-liners insisted that the comet was planet Nibiru on its approach to crash into Earth. The fact that we are reading this article means that planet Nibiru probably doesn’t exist. Or it just missed Earth and will be returning in 3,600 years.[6] 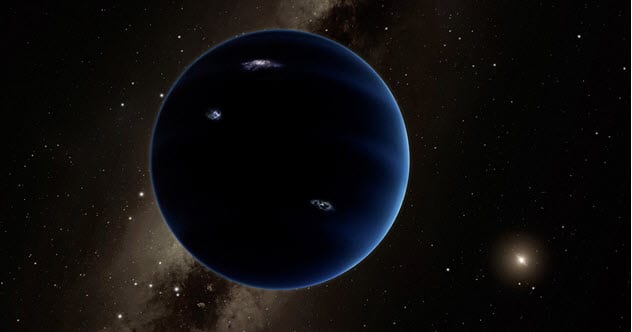 Planet Nine is another hypothetical planet lurking somewhere in our solar system. Unlike Nibiru, NASA and astronomers from the California Institute of Technology think that Planet Nine could exist, although there is no verifiable evidence that it does. Astronomers speculated the existence of Planet Nine after observing the irregular orbits of five solar objects far beyond Neptune.

Astronomers think that Planet Nine is the same size as Uranus or Neptune, has a mass 10 times that of Earth, and is 20 times farther from the Sun than Neptune. They believe that Planet Nine takes 10,000–20,000 years to complete a revolution around the Sun.[7] 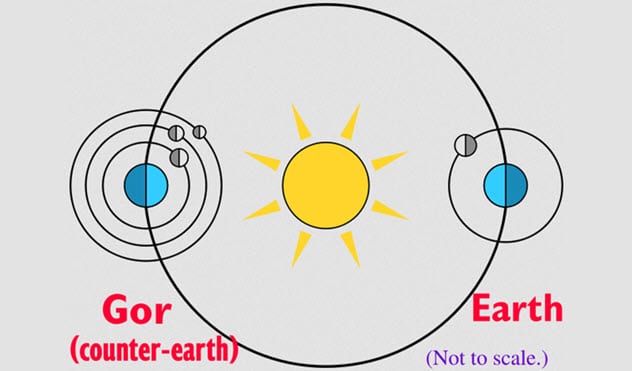 In the fourth century BC, Greek philosopher Philolaus proposed the existence of a planet that he called Counter-Earth. He believed that Counter-Earth was always on the opposite side of the solar system from Earth. This meant that the Sun, Earth, and Counter-Earth would always be on the same line.

The gravitational pull of Mercury and Venus would have altered the orbit of Counter-Earth and shifted it from its position on the opposite side of the solar system. This would have made it visible from Earth. Counter-Earth would have strayed closer to Earth over time, and both planets would have eventually met. 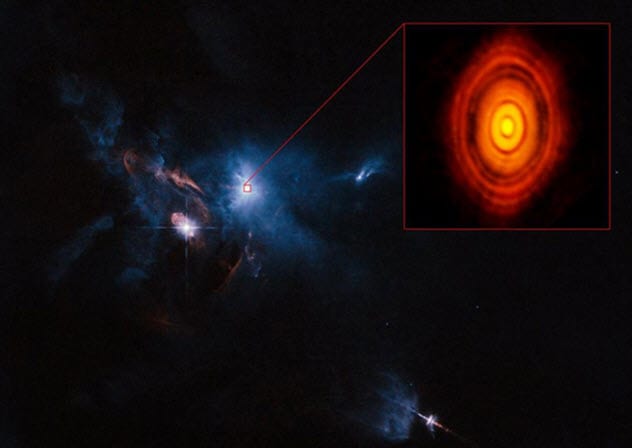 Planets are often unstable after their creation. They will frequently change orbits because their orbits are continuously altered by the gravitational pull of other planets. In 2005, three groups of researchers used this theory to propose the Nice Model of the formation of the solar system.

In the past, the gravitational pull of other planets made Uranus and Neptune swap orbits and sent Jupiter and Saturn farther away from the Sun. Jupiter also supposedly moved closer to the Sun before returning to the outer solar system.

The Nice Model was accepted as true until it was partly disproved in 2011. At that time, some scientists said there had to be a fifth planet between Mars and Jupiter for it to be true. However, they added that the planet was probably flung out of the solar system by the gravitational pull of either Saturn or Jupiter.

In 2015, other scientists disproved the Nice Model because it did not explain the creation of the inner planets (Mercury, Venus, Earth, and Mars). They said that Jupiter would have cleared the inner planets, particularly Mercury and Mars, if it had ever strayed into the inner solar system.

The four inner planets would have formed long after the four outer planets if the Nice Model were true. Or they could be the survivors of Jupiter’s apocalypse. This means that the other inner planets were flung farther into the solar system along with one or two planets from the outer solar system.[9] 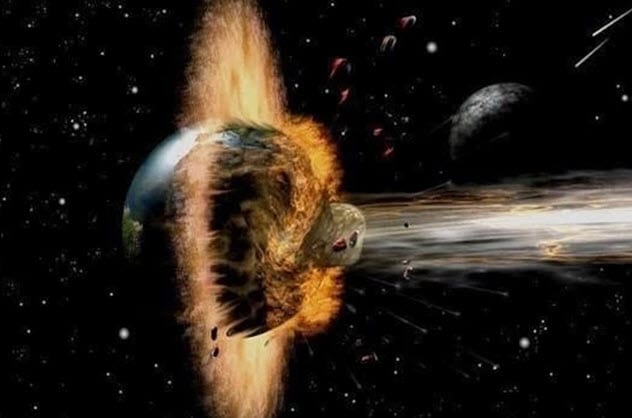 The Sumerians believed that a planet called Tiamat lay between Mars and Jupiter. However, there is some debate about where this planet is today. In his book, Dark Matter, Missing Planets and New Comets, Tom van Flandern claimed that the planet was destroyed 65 million years ago and became the asteroid belt.

Zecharia Sitchin disputed this in his books The Twelfth Planet and The Cosmic Code. Instead, he declared that Tiamat had changed orbit and is now Earth. Sitchin said that Tiamat changed orbit after colliding with a hypothetical planet called Marduk and its three moons.

Sitchin claimed that the collision formed a new planet that broke in half. Two chunks of it moved closer to the Sun to become the Earth and the Moon while leftover debris became the asteroid belt. Sitchin added that Tiamat’s former moons were also flung into new orbits. He believes that one of the moons crashed into Mars and created the great rift.[10]