Over 60 years have passed since Sir Edmund Hillary and Tenzing Norgay made history as the first successful summiteers of Mount Everest, yet the desire to climb the mountain hasn’t waned over the decades. We hear countless stories of the triumphant—or, more recently, tragic—attempts to reach the top. But many interesting facts about the mountain aren’t common knowledge. 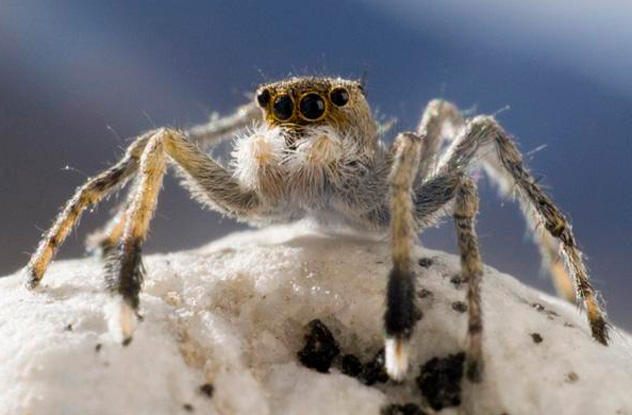 Even high in the sky, with barely enough air to breathe, we still can’t hide from spiders. Euophrys omnisuperstes (“standing above everything”), better known as Himalayan jumping spiders, hide in nooks and crevices on the slopes of Everest, making them one of the Earth’s highest permanent residents. Climbers have spotted them as high as 6,700 meters (22,000 ft).

The tiny spiders manage to feed on whatever stray insects the severe winds blow up the mountain. They’re virtually the only animals permanently based at such a high altitude, aside from a few species of bird. In addition, several previously unnamed grasshopper species were collected during the famously ill-fated 1924 British Everest expedition and are now on display in the British Natural History Museum. 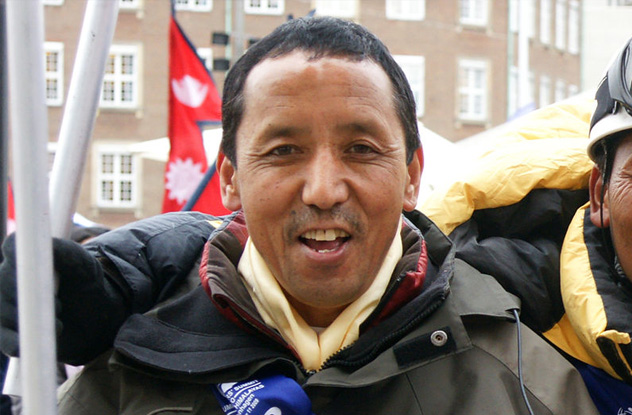 Two Sherpas, Apa Sherpa and Phurba Tashi, hold the joint record for most Everest ascents. The pair have each managed to reach the summit an impressive 21 times. Phurba reached the top of the world three times in 2007 alone, and Apa has successfully summited the mountain almost every year between 1990 and 2011.

Apa says that he has seen clear changes on Everest caused by global warming over the years. He has spoken of his concerns over melting snow and glaciers, which expose the rock and make it increasingly tough to climb. He also worries for the well-being of Sherpas, after losing his own home in a flood caused by the melted glaciers. Apa has dedicated several Everest ascents to raising awareness of climate change. 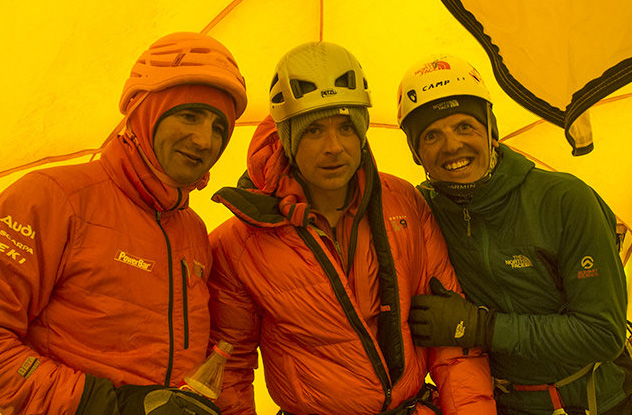 Everest climbs aren’t always the harmonious triumphs you might imagine. In 2013, climbers Ueli Steck, Simone Moro, and Jonathan Griffith found themselves in a violent brawl with Sherpas after allegedly ignoring orders to halt their climb.

The Sherpas accused the climbers of getting in their way and causing an avalanche that hit other Sherpas laying ropes downhill. The climbers denied the accusations, and the confrontation turned violent. The Sherpas kicked, punched, and beat the men with rocks, and Moro says one angry Sherpa even threatened to kill him.

The fight might have ended considerably worse, but American climber Melissa Arnot warned the trio to flee to the basecamp before the rest formed a mob and stoned them to death. After the incident, a Nepal army official stood witness as both sides signed a peace agreement to settle the dispute. 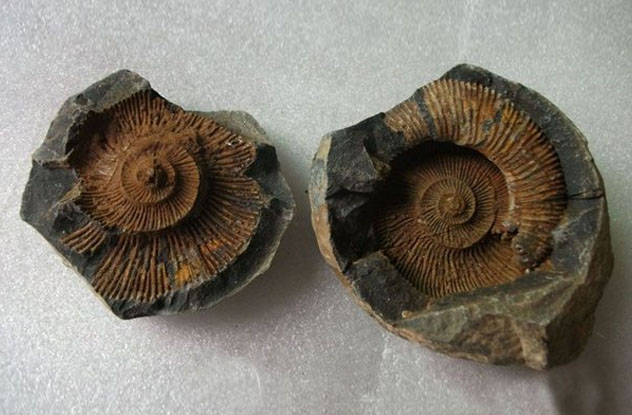 Although the Himalayan Mountains formed 60 million years ago, Everest’s history actually goes back a lot further. The limestone and sandstone rock at the summit of the mountain was once part of sedimentary layers below sea level 450 million years ago.

Over time, ocean floor rocks were forced together and pushed upward at a speed of up to 11 centimeters (4.5 in) per year, eventually reaching the current position. The upper formations of Everest now contain marine fossils of sea creatures and shells that once occupied the earlier ocean.

Explorer Noel Odell first discovered the fossils embedded within Everest’s rocks in 1924, proving that the mountain had once been below sea level. The first rock specimens from Everest were brought back by Swiss climbers in 1956 and by an American climbing team in 1963. 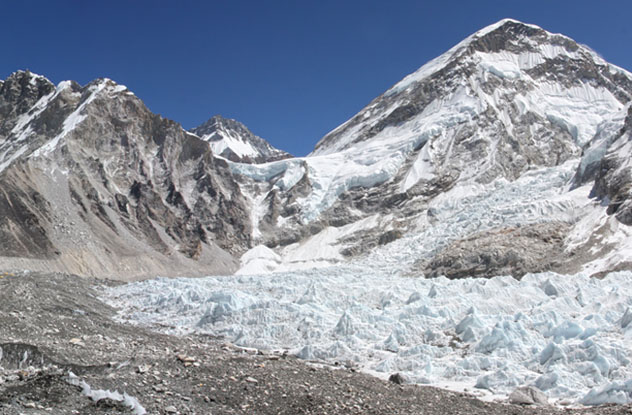 That’s because China argues that the mountain should purely be measured by rock height, excluding the meters of snow at the very top. Whether or not that’s the better measure, the international community regularly includes snow when describing the heights of peaks around the world.

The two countries came to an agreement in 2010, settling the official height as 8,848 meters. 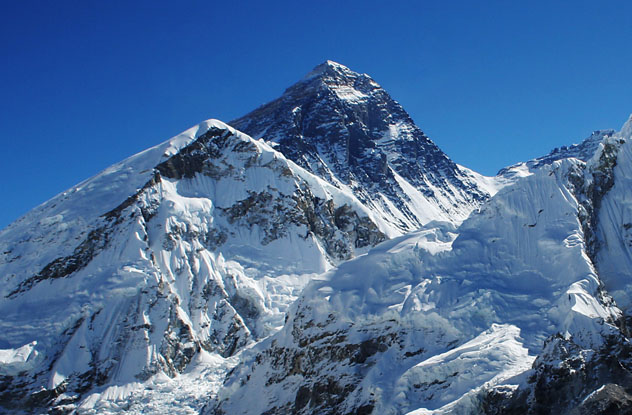 Both Chinese and Nepalese ideas of the mountain’s height may be wrong, according to more recent measurements.

A research team discovered in 1994 that Everest continues to grow approximately 4 millimeters (0.16 in) every year. The Indian subcontinent was originally an independent landmass that collided with Asia, forming the Himalayas, and the continental plates are still moving, pushing the mountains ever higher.

Researchers from the American Millennium Expedition in 1999 placed a global positioning satellite device below the summit to measure growth. Their more accurate findings from the modern technology led to the official height of Everest being changed to 8,850 meters (29,035 ft). Meanwhile, other tectonic activity actually costs the mountain height, but the overall movement seems to be upward. 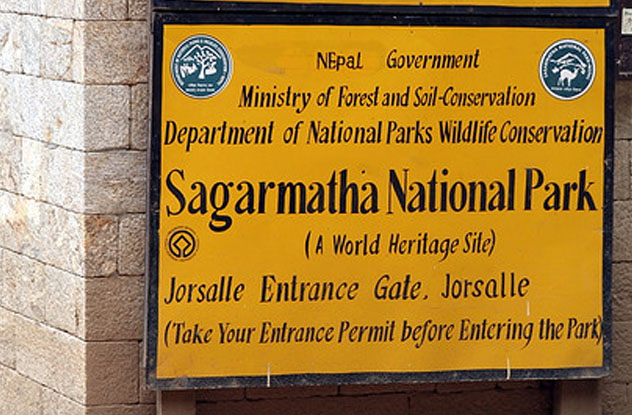 Although we know the mountain as “Everest,” Tibetan natives have called the mountain by the ancient name “Chomolungma” (also spelled “Qomolangma”) for centuries. The Tibetan name means “Goddess Mother of Mountains.” But that isn’t the only other name it goes by. The Nepalese people know it as “Sagarmatha,” meaning “Forehead in the Sky,” so the mountain is now a part of the Nepalese “Sagarmatha National Park.”

The mountain was only named “Everest” when British surveyor Andrew Waugh failed to find a commonly used local name. After studying maps of the surrounding areas and still being unable to make a decision, he named the mountain after Indian Surveyor General George Everest, head of the British team that first surveyed the Himalayas. Colonel Everest objected to the honor, but the British officially changed their name for the mountain from “Peak XV” to “Mount Everest” in 1865. 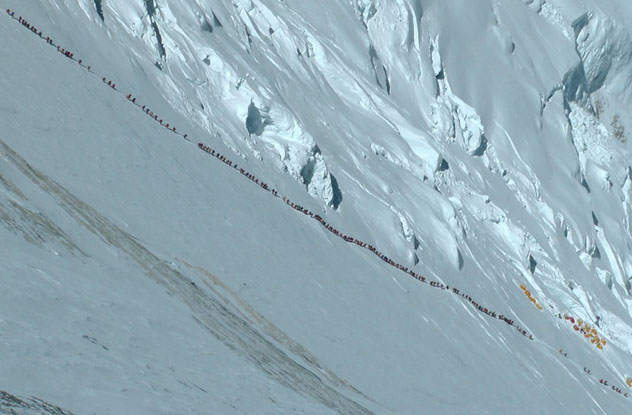 Despite Everest costing thousands of dollars to climb, more people than ever are trying to summit it. In 2012, German mountaineer Ralf Dujmovits captured a shocking image showing hundreds of climbers lining up to reach the summit. Ralf had made the decision to turn back at the South Col of the mountain due to poor weather conditions when he spotted the painfully long queue.

On May 19, 2012, climbers crowding one landmark near the summit faced a two-hour wait. In the course of just half a day, 234 people managed to reach the peak—but four people died, raising major concerns over the climbing process. Nepal specialists that year added a new fixed rope to ease congestion, and there have even been talks of installing permanent ladders. 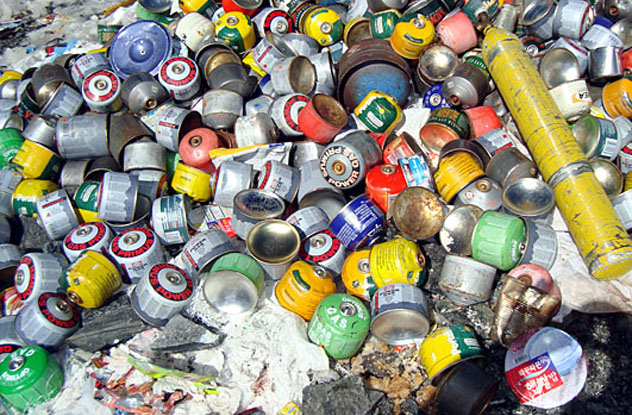 Countless photos document climbers on their way to the Everest summit, but we rarely see images of what they leave behind. Everest is littered with not just the corpses of climbers but an estimated 50 tons of waste, with more left behind each season. The slopes are strewn with disregarded oxygen bottles, climbing equipment, and plenty of human feces.

The Eco Everest Expedition has hit the mountain each year since 2008 to tackle the problem, and they’ve collected over 13 tons of waste so far. The Nepalese government have enforced a new rule starting in 2014 that climbers must each bring down 8 kilograms (18 lb) of waste on their descent, else lose their $4,000 deposit.

Artists working on the “Everest 8848 Art Project” have turned 8 tons of the rubbish, including broken tents and beer cans, into 75 pieces of art. Sixty-five porters worked over two spring expeditions to carry down the trash, and the artists turned it into sculptures to highlight the issue of mess on the mountain.

1It’s Not The Tallest Mountain 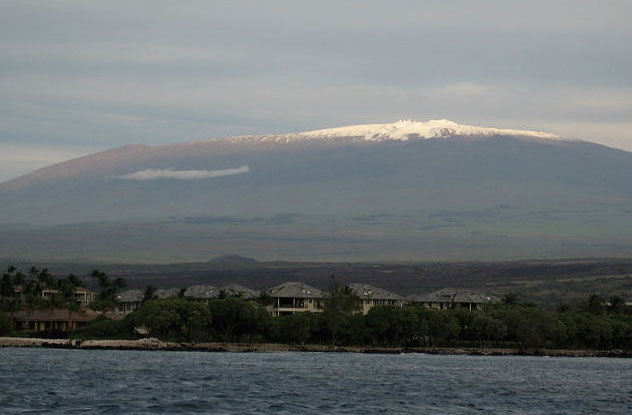 Although Mount Everest is the highest point on Earth from sea level, Mauna Kea, an inactive Hawaiian volcano, holds the record as the world’s tallest mountain.

In fact, depending on how you measure it, Everest is neither the tallest mountain nor the highest peak. Chimborazo, in Ecuador, only reaches 6,267 meters (20,661 ft) above sea level, but it’s the highest point from the exact center of the Earth. This is because Chimborazo lies just one degree south of the equator. The Earth bulges at its midsection, so Ecuador’s sea level sits farther from the planet’s center than Nepal’s.

You can usually find Katie in the library, checking out more books than she can carry.