Radiation can save someone’s life through cancer treatment or, alternatively, force a person to live alone and lonely until death. Extreme radiation could one day wipe mankind out, yet it may have sparked life in the first place. Society has done a lot of questionable things in trying to understand and harness this dichotomous form of energy. Here are some of the facts we’ve learned as well as some of the horrific acts we’ve committed along the way. 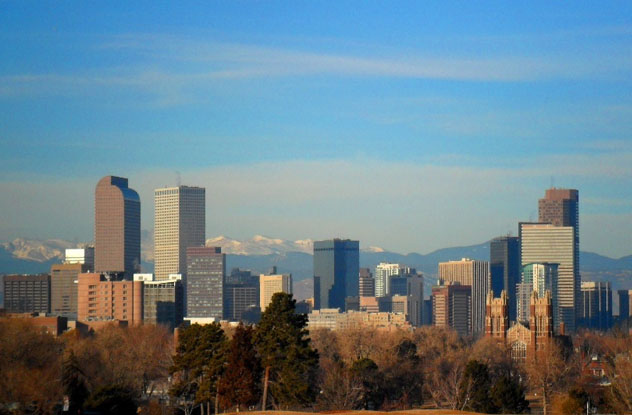 Background radiation from natural sources is everywhere. It comes from cosmic rays, the Earth, and even our own bodies. And though we’re all exposed to it, some places on the planet are more radioactive than others.

Still, Denver is far from the most naturally radioactive place on earth. The thorium-rich sands of Kerala, India give off 380 millirems per year, and similar sands in Guarapari, Brazil give locals an astounding 600 millirems per year.

Worried about the sizzling radioactivity all around you? Get a Professional Geiger Counter at Amazon.com! 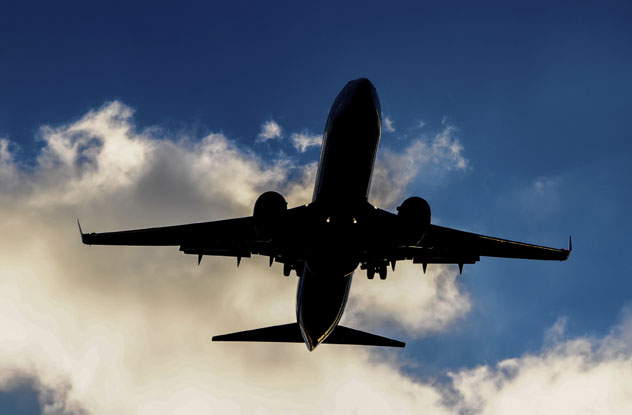 As if the potential for fiery crashes and hijackings weren’t enough reasons to fear flying, we also have to worry about increased levels of radiation. High altitudes offer less atmosphere to shield us. And, unfortunately, the body of the aircraft does little to protect us from the shower of electromagnetic energy. One flight from New York to London gives travelers about the same level of radiation as a chest X-ray.

Although the risks for casual passengers may be inconsequential, pilots have higher rates of cancer than the general population. Pilots and flight crews are classified as “radiation workers,” but, unlike counterparts in other industries, they aren’t required to monitor or limit their exposure.

The Federal Aviation Administration takes one measure to safeguard flight crews and passengers. They alert pilots of elevated radiation levels due to sun spots and other solar events, so pilots can choose to alter their flight plans or reduce altitude to lower exposure. 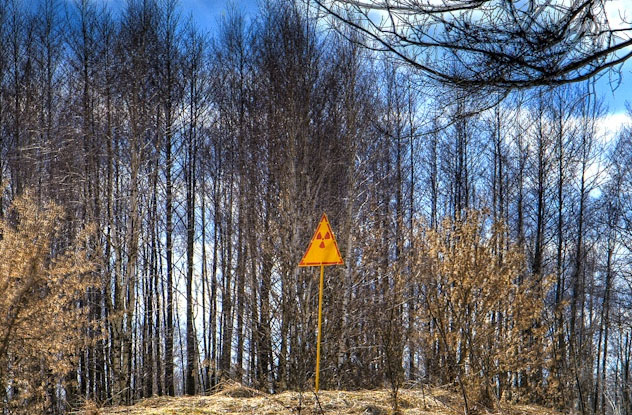 Inside the Exclusion Zone surrounding Chernobyl sits the Red Forest, an undead woodland. Its trees took on a reddish hue after absorbing extreme doses of radiation from the Chernobyl nuclear accident. All the trees died after the event, and most were cut down and buried. However, those that remain show little signs of decomposition and remain in a zombie-like state of being dead but not going away.

The anomaly has more to do with the decomposers (microbes, fungi, and insects) in the area than the trees. These creatures are largely responsible for carrying out the decay process, yet their populations were so damaged by radiation that they’re incapable of decomposing forest debris at a normal rate. Even after nearly 30 years, the fallen Red Forest trees look virtually the same as they did when bulldozed.

Making matters worse, the buildup of dry wood, leaves, and other litter poses a significant fire risk. If this matter were to catch fire, their smoke could distribute radioactive contaminants well beyond the Exclusion Zone. 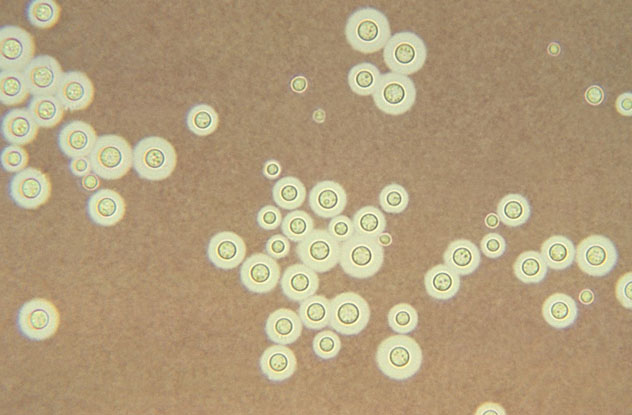 While some fungi were damaged by the radiation from Chernobyl, other types thrived in the toxic Exclusion Zone and even honed their skills at using radioactivity as an energy source.

Scientists discovered this after sending a robot into a highly radioactive Chernobyl reactor and finding carpets of black fungi happily growing inside its walls. Similar to how plants convert sunlight into chemical energy, these fungi convert ionizing radiation into energy and food. However, while plants use chlorophyll to carry out this process, fungi use melanin, the substance behind skin pigment. Until this discovery, scientists had no clue why fungi even contained melanin.

Scientists speculate on various ways these fungi could prove useful for people. One of the most curious notions is using them as an inexhaustible food source for astronauts and future space colonizers. The fungi could feast on cosmic radiation and proliferate while humans munch on them for nutrition. Sure, chowing down on black mold may not sound appetizing, but it might be necessary if we ever hope to live on Mars.

6Soybeans Protect Us From Radiation 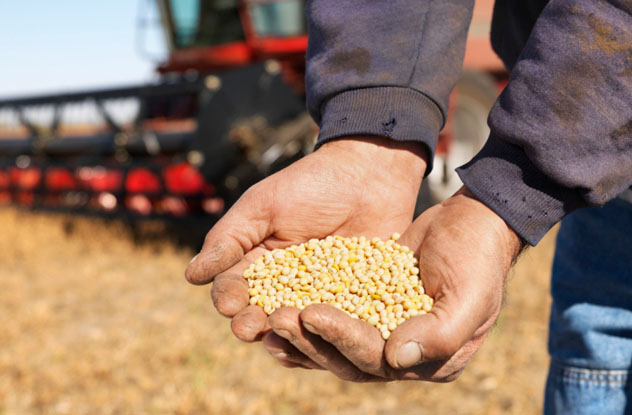 Despite the horrifying environmental damage caused by the Chernobyl accident, the event has led to some interesting discoveries about the resiliency of plants and animals. Even the seemingly mundane soybean has proven itself quite complex and adaptable. For instance, after studying soybeans growing inside the Exclusion Zone versus those growing just outside the restricted area, researchers found that soybeans growing in areas of high radiation had three times more cysteine synthase (a protein used to bind heavy metals) and 32 percent more betaine aldehyde dehydrogenase (an anti-mutation compound).

Not only do these adaptations help the legume survive in the radiation-laden environment, they also have the potential to protect humans from radiation and improve cancer treatments. The isoflavones in ordinary soybeans increase radiation’s ability to kill lung cancer cells, so perhaps the Chernobyl soybeans, with their greater concentrations of radiation-fighting compounds, can do so even more powerfully. 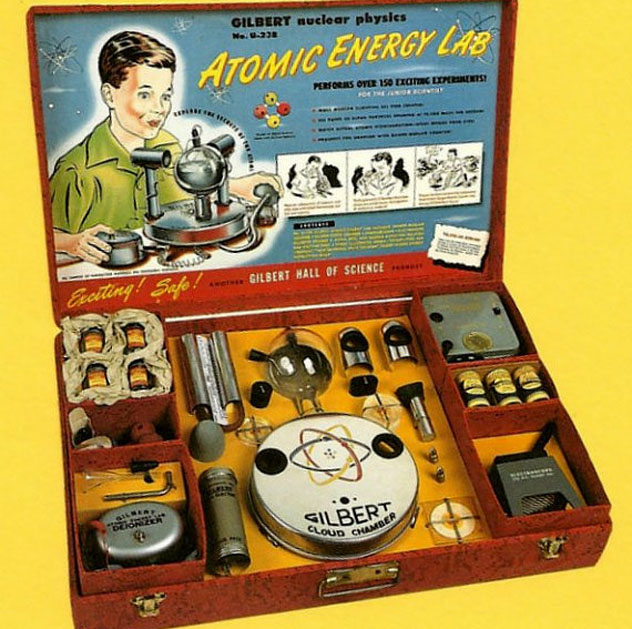 In an age where kids innocently carried pocket knives to school, never wore seatbelts, and Red Rover was still legal, one of the most sought-after toys was a radioactive science kit. The Gilbert U-238 Atomic Energy Lab was equipped with four types of ore that contained variations of alpha, beta, and gamma sources. Included in the mix was alpha particle Po-210 (polonium), which is highly toxic if absorbed, inhaled, or ingested. In fact, Russian dissident Alexander Litvinenko was murdered via polonium poisoning, and polonium also killed Marie Curie’s daughter.

The government unofficially encouraged the toy to improve the public’s understanding of atomic energy and its benefits. The kit even included a government manual titled “Prospecting for Uranium,” which aimed to spark the youngsters’ interest in uranium mining.

Despite its dangerous potential, the kit was pretty cool and even came with a Geiger counter and a cloud chamber where budding scientists could “see the paths of electrons and alpha particles.” Unfortunately (or not), the hefty $50 price tag—about $460 today—put the product out of most families’ budgets. The product stayed on the market for only about a year between 1950 and 1951.

It doesn’t have any polonium, but you can still pretend! Get a Radioactive Science Kit at Amazon.com! 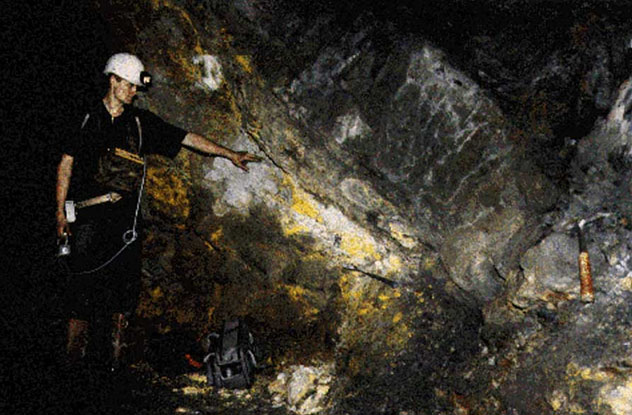 Although we know the Sun is a giant nuclear reactor, we’d assume Earth’s reactors are all manmade. And while that may be the case now, it wasn’t always true. About two billion years ago, at least six nuclear fission reactors operated underground in Oklo, Gabon of West Africa. Given the right conditions, fission can spontaneously develop and sustain itself.

Oklo’s reactors developed in deposits of fissionable uranium-235-rich ore, which was much more prevalent on Earth in the distant past. The reaction likely began on its own and then regulated itself with groundwater. The reactors operated off-and-on for hundreds of thousands of years before depleting their uranium.

Like today’s nuclear plants, those reactors produced toxic waste, yet Mother Nature knew how to contain it properly. Even with water regularly flowing through the heart of the reactor, the waste only moved a few centimeters from the origin site and is now long decayed. The large, multiple, geological barriers surrounding the reactors prevented the waste from escaping. Scientists now study the setup to learn how to make modern nuclear plants more environmentally safe.

3Radiation May Have Advanced Life On Earth 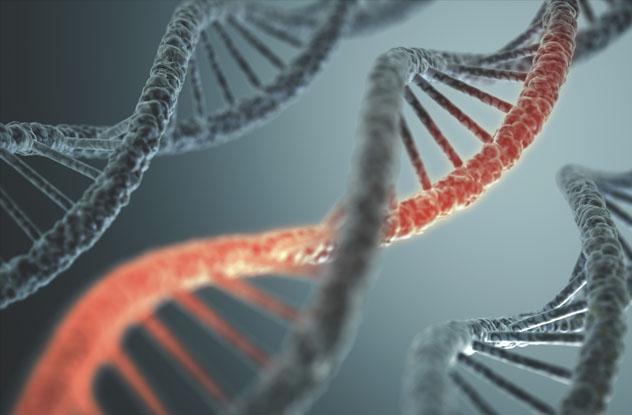 A fascinating theory that came out of the Oklo discovery is that radiation from natural nuclear reactors may have given life on Earth the boost it needed to evolve. Ionizing radiation, as released by nuclear reactors, can damage DNA and lead to genetic mutations. Any organism close enough to Oklo to receive radiation but far enough to survive exposure, could have experienced mutations in its genetic code and ultimately developed into other species.

The mere existence of Oklo leads some to believe in other, undiscovered, ancient reactors buried throughout the globe. If radiation from Oklo and other reactors indeed sparked biological mutations two billion years ago, then they could have produced the genetic variations needed for natural selection to create the variety of species we have today. 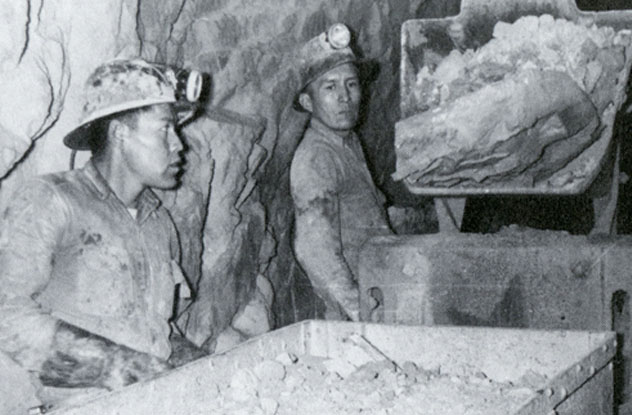 During the nuclear arms race of the Cold War, a new gold rush kicked off in the United States for the bomb-making ingredient uranium. Mining companies discovered accessible uranium deposits throughout the southwest of the country, particularly on and near Navajo Indian reservations. Taking advantage of the local, cheap labor, these companies hired many Navajo people to work as uranium miners, never telling them they were working with radioactive substances or bothering to limit the miners’ exposure.

Initially, the miners were happy to have steady, albeit low-paying, work close to home. However, by the 1960s, they started developing lung cancer and other illnesses at unusually high rates, which made them realize something wasn’t quite right about their new job. Workers eventually learned the dangers of uranium, and they were shocked to realize scientists had known about the link between lung cancer and uranium mining since 1949.

The worst part is the companies could have protected the Navajo from cancer and early death if they had done one simple thing—installed ventilation. Contact with uranium is safe, since skin and clothes are strong enough to block its alpha radiation, but radon gas and dust particles (“radon daughters”) that build up around uranium are highly radioactive and easily inhaled. Proper masks and air flow could have kept the miners from breathing in the hazardous radon.

And yet these seemingly simple safety precautions were too much for the mining companies, and they successfully fought against regulations until 1969. It took until 1990 for the affected miners and families to get any form of compensation for their hardship. Many Navajo complained that the amount they received did not even come close to covering their medical costs. 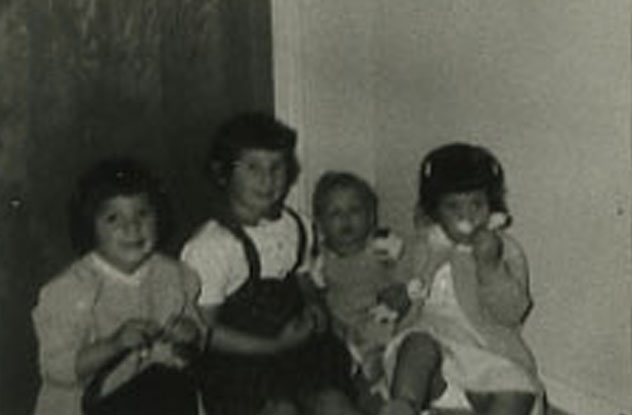 The US government has sponsored such a wide array of human radiation experiments on unsuspecting citizens that it’s hard to decide which was the most diabolical. They intentionally dropped radioactive material over US cities, fed radioactive oatmeal to mentally disabled children, and injected people with plutonium without their knowledge. Still, the most shocking example is arguably when the government radiated some of the most helpless individuals imaginable: children suffering from cerebral palsy.

These 1,100 children were patients at Sonoma State Hospital between 1955 and 1960, a time when parents were encouraged to institutionalize their mentally and physically disabled children. Most of these patients were simply abandoned by their parents, which meant Sonoma State had captive subjects on which they could perform all sorts of experiments without parental consent. And it was all funded by the federal government. In addition to being exposed to radiation, the kids were put through other painful tests, such as unnecessary spinal taps and having air injected into their brains.

In the end, about 1,400 children died at Sonoma State. Not coincidentally, the hospital and its doctors netted one of the largest brain collections ever recorded.

10 Notorious Internet Trolls Who Were Exposed