Here in the 21st century, we like to pride ourselves on our innovation. Yet authors writing a century ago had many of the same problems we have today, and sometimes, they came up with the very solutions we now implement. 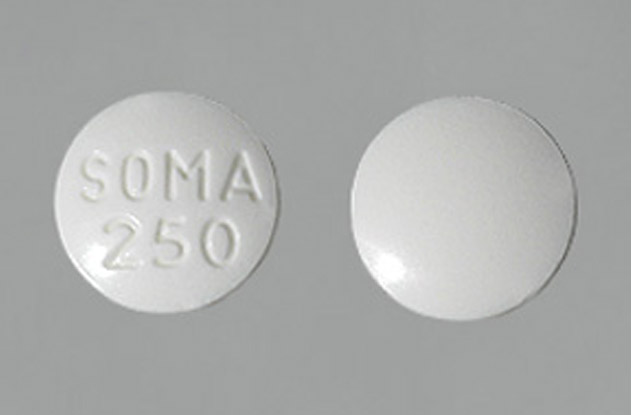 When Aldous Huxley published Brave New World in 1933, he predicted both genetic engineering and an invention developed in only the last few years—antidepressants.

In the novel, characters have free access to a drug called “soma.” They self-medicate based on how difficult the day is. It makes people happier, so much that no one notices how unsatisfied they are with their predestined lot in life. Yet the novel portrays the drug negatively, as a tool to placate the masses rather than a solution for illness.

Recent studies by the Organization for Economic Co-operation and Development show that we’re heading in that direction ourselves. In countries like Canada, Australia, and Iceland, 1 in 10 people have a prescription for some kind of antidepressant. Researchers believe that, in an eerie reflection of Huxley’s world, the drugs are more commonly prescribed to treat unhappiness than the clinical depression for which they were manufactured.

Get a better understanding of how drugs are affecting you with The Emperor’s New Drugs: Exploding the Antidepressant Myth at Amazon.com! 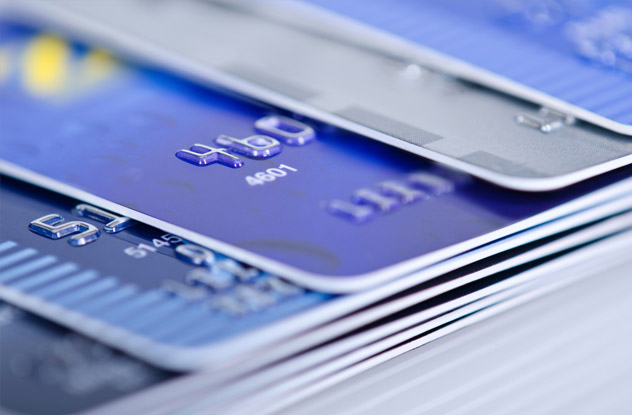 In 1888, Edward Bellamy published the novel Looking Backward, a futuristic examination of the necessity of social reform. The rich, privileged main character is put into a state of suspended animation, thought dead after a house fire, and wakes 113 years later in a very different century. The novel mostly deals with socioeconomics, responding to the real class struggles of the author’s day.

Bellamy looked at the massive growth of cities and the reliance on industry, imagining what the world would look like if it continued in the same direction. The resulting economy should sound eerily familiar. Corporations grew larger and larger until they controlled all of the capital, which was then placed into a single centralized location. There is no longer the need for paper money or coins. Instead, each citizen is allotted a particular amount of credit in the massive, singular credit system at the beginning of each year.

Instead of cash, people carry a card that they use for purchases, deducting the price from the credit they have available for the year. 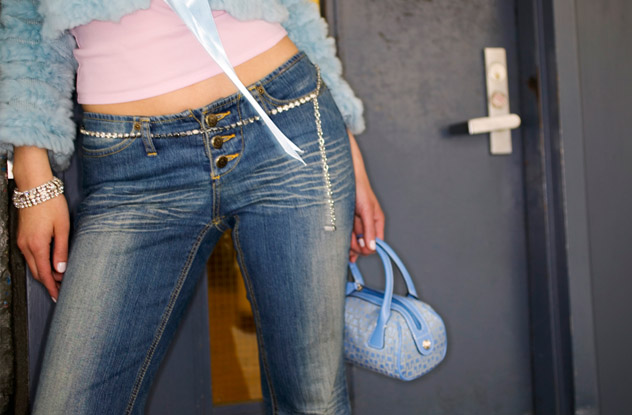 In the early 19th century, 17-year-old Jane Webb read Mary Shelley’s Frankenstein. Disillusioned with her portrayal of a non-existent divine power, Webb wrote her answer to the novel. The Mummy! A Tale of the Twenty-Second Century revolved around the resurrection of a mummy instead of the creation of life from scratch. It wasn’t just a look at the power of the divine. It was also a peek into the world of the future that Webb (who later became Jane Loudon) envisioned.

In addition to mentioning oddly specific future developments like espresso and air conditioning, Webb envisioned a more feminist world. The monarchy is solely governed and inherited through the female line. Perhaps more shocking when the book was published in 1828 was the standard mode of dress for women in Webb’s 22nd century. Women of Webb’s world wear trousers—often in addition to long, draped cloths, but trousers nonetheless. One of the women’s accessories also predicts another, less commonly accepted fashion: the Glo-stick. 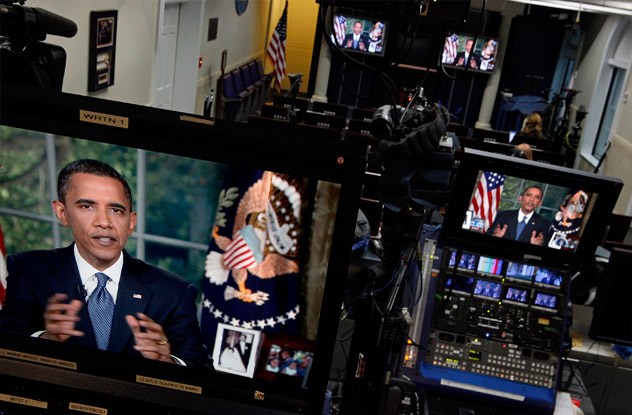 Jules Verne is well known as a science fiction pioneer, credited with predicting countless inventions we now take for granted. One often overlooked one appeared in a short story first published in the magazine Forum in 1889 called “In The Year 2889.”

Verne talked about the future of journalism, and he was pretty spot-on. In Verne’s day, newspapers were the public’s source of information and news. In the future, he saw all of the world’s small newspapers absorbed into one giant news agency located in the same city as the world’s centralized government. He called it the Earth Chronicle.

Rather than making people read the news in print format, Verne said that people were going to be able to listen to newsreaders recite the news via a device that would relay the news instantly or save it until the person was ready to listen to it all at once. It would relay interviews with politicians, statesmen, and scientists, allowing everyone to keep abreast with the world’s happenings with minimal effort and maximum efficiency. The owner of the news agency is nothing short of American royalty, followed and worshiped as a king. 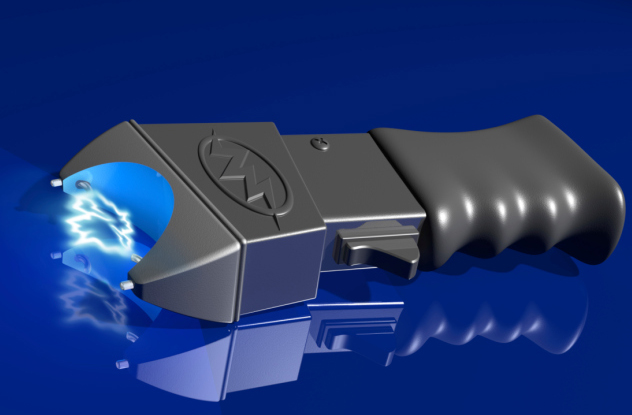 As unlikely as it might seem, the Taser traces its roots to an early 20th-century children’s book series.

The first book in the Tom Swift series was published in 1910, and since then, more than 100 books have detailed the life of the teenage inventor. There was no single writer for the Tom Swift series. Instead, the books were published under pseudonyms and milled out by a bank of fiction writers employed by the Stratemeyer Literary Syndicate.

Countless inventors credit Tom as their inspiration, including Jack Cover, creator of the Taser. The name Taser stands for “Tom Swift’s Electric Rifle,” with an “a” added for convenience. Cover came up with the idea after seeing a man run into an electric fence and become paralyzed but otherwise uninjured, reminding him of the electric rifle he’d once read about Tom Swift inventing. 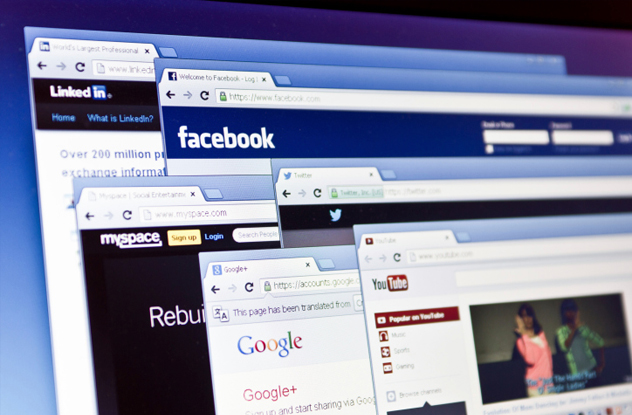 In 1898, Mark Twain wrote a short story called “From the London Times of 1904,” and in it, he explored the use of something he called the telelectroscope. This “limitless-distance telephone” system connected people all over the globe, transmitting information instantly on video screens.

Characters who use the network can call anywhere in the world, learn about different cultures, and watch people go about their daily lives. The main character, condemned to death for the murder of a man with whom he argued about the usefulness of the telelectroscope, uses the device to call all around the world during his confinement and learn about everything he thinks he will never get a chance to see. Just before his execution, his supposed victim appears alive and well on a news bulletin broadcast on the device. 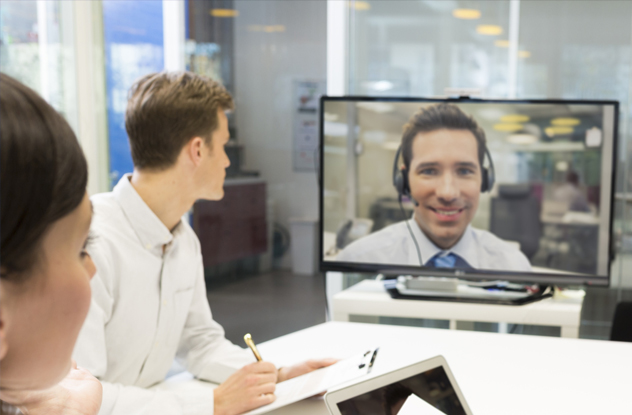 Hugo Gernsback established Amazing Stories, the first magazine dedicated strictly to science fiction, and later lent his name to the sci-fi Hugo Awards. At the beginning of the 20th century, he wrote Ralph 124C 41+; A Romance of the Year 2660, which ran in Modern Electronics. Critics say the story wasn’t very good, but it was one of the first modern science fiction works to influence a new generation of writers.

One of the first devices that his character uses in the novel is called the Telephot. The device is a screen that allows him to dial anyone and video chat with them.

In addition to being able to converse with people in real-time, the Telephot also includes a language selection device that auto-translates each side’s speech. That last bit is a technology we’re getting close to debuting today, with a partnership between Skype and Microsoft to make this century-old idea a reality.

As we’ve seen, science fiction predicted much of the technology that we use regularly today. It also came up with concepts that we largely still consider science fiction, which are surprisingly now becoming real.

In 1868, Edward Ellis’s story “The Huge Hunter” speculated on a new use for steam power—a massive mechanical man. The creation of Ellis’s brilliant but misshapen inventor Johnny Brainerd, the steam-driven man was made of shining black iron with a boiler set into its chest, a terrifying face, a whistle for a nose, and a top hat on its head. It was said to move like a normal, flesh-and-blood human being, and it was controlled by a driver who held reins much like those of a horse.

When the stories about Johnny Brainerd and his creations were published, they weren’t seen as anything even remotely serious. They were nothing more than fanciful stories for kids. Today, robots that mimic humans are increasingly common.

BEAR, the Battlefield Extraction-Assist Robot, has an upper body that combines human dexterity with machine strength. Actroid, meanwhile, has got to be one of the creepiest, realistic robotic creations yet—so human that some people don’t even realize it’s mechanical.

A Robot Teaches Itself How to Walk

Robots themselves have been around for quite a while now, but only recently have scientists started successfully giving them their own consciousness.

At Yale, scientists have designed a robot that can think independently and figure out the basic ideas behind concepts such as mirrors. These robots are designed specifically to be able to learn on their own and are destined as independent companions for special-needs children. Cornell University has developed a multi-limbed robot that has not only successfully taught itself how to move but also can learn how to adapt to the loss of a limb or other changes that are made to its body.

The idea of a self-aware robot was first developed in a play called R.U.R. by Czech writer Karel Capek. (The play is also often credited for coining the phrase “robot,” as the Czech word for “servitude” is “robota.”) The play revolves around a young robot technician, who sees robot defect and begin to develop self-awareness and protest mindless work. She starts creating robots with the express purpose of helping them develop their consciousness. These sentient robots of course then decide that the human race must be destroyed.

It’s not self-aware, but don’t let that stop you from acting like it is! Cower in fear, humans! Give in to your inner geek and buy an Attacknid Stealth Stryder Battling Spider Toy Robot at Amazon.com!

Jet packs were featured in many 1960s and 1970s science fiction stories, but the first appearance of the jet pack was in a 1928 edition of the magazine Amazing Stories. The cover story showed Captain Anthony Rogers, a World War I pilot who fought crime in the future with the aid of a jet pack strapped to his back. Later, he became better known as Buck Rogers and got his own comic series and movies.

It didn’t take long for those inspired by the stories to try making it reality. The first patent for a jet pack (untested) was issued in 1930.

While they’re not commonly found in everyone’s garage, working jet packs now exist and are gaining popularity as their practicality slowly increases. Researchers in New Zealand have been pioneering the use of personal jet packs, and after 30 years of research, the packs show increased maneuverability, reduced weight, and tiny steps forward in overcoming the enormous fuel consumption needed to leave the ground.

The Martin Aircraft Company has recently released their Martin Jet Pack, a modern variant for first responder use. This single-person, gasoline- and oil-powered jet pack has a flight time of about 30 minutes, can reach speeds of up to 56 kilometers (34 mi) per hour, and has a maximum height of 914 meters (3,000 ft). The company is also in the process of designing a jet pack for more personal, private use.