No matter who you are, where you’re from, what you do, or how much money you make, death will eventually touch you. Since the dawn of time, humans have pondered their own mortality. We await the fateful day when our lives will be over . . . and it will happen in an instant.

Have you thought about what it will be like to experience the moment of death?

Science has a lot to say about the termination of our human consciousness—the moment we expire. Through modern tools and research, we can peer more deeply into what death is and what the experience is like for the subject. 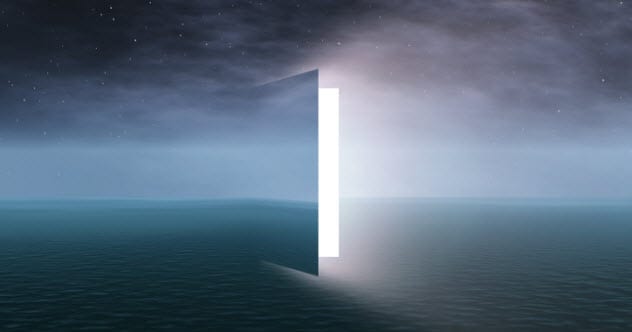 Ambiguity surrounds the idea of what it means to be officially dead. There are concepts like “legally dead” and “clinically dead” (which is actually an unclear term). Most people believe that you’re dead when the body reaches a point at which animated life cannot return. Some individuals define death as that moment when the heartbeat stops, while others think it’s when your brain ceases to function.

So what is death?

There really is no answer. Even if the heart completely fails and the brain has no activity, the circulatory system can still be powered by machines long enough to resuscitate you.

So while there is definitely a moment of no return that we all know intuitively exists, death is a process whereby all the biological functions fail one by one until there is simply a complete inability to resuscitate the patient.[1] 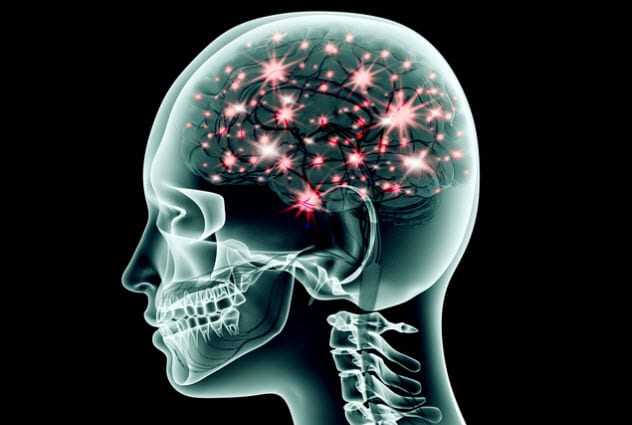 What happens to our consciousness when we die?

Although questions about consciousness are probably some of the toughest that philosophy and science have ever argued, that isn’t the defining factor of life. Under general anesthesia, all consciousness stops but the patient undergoing surgery is very much alive. Many thinkers, both religious and scientific, have chosen to view consciousness as a spectrum rather than a switch which is either on or off.[2]

In general, modern science views organisms as either more or less conscious, starting with the fundamental building blocks of life and evolving all the way up to the prefrontal cortex of human beings who are self-aware.

This is a critical concept in understanding the moment of death: What happens to “us,” or the self? If we take the view that consciousness stems from the brain, we simply cease to exist upon the moment of death. Time, experience, thought . . . everything that we know goes away.

We undergo the one thing that none of us has ever experienced in our lives—true timelessness, a concept so far removed from any human reality that it’s virtually meaningless to those of us who are alive. 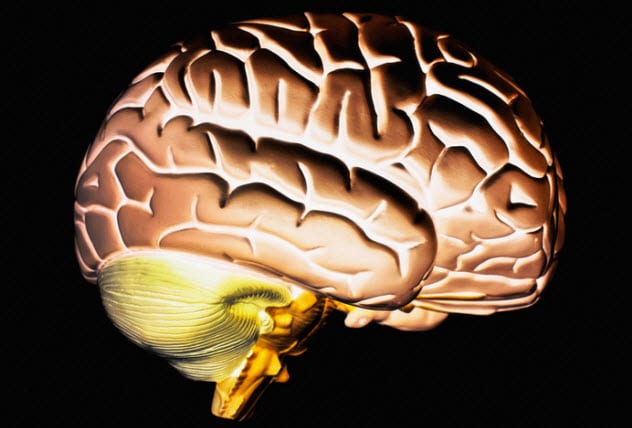 Contrary to popular belief, the brain isn’t the last thing to go at the moment of death. Typically, the death of the body follows shortly after brain death.

In most nations, “brain death” is generally defined as zero activity within the brain stem, which is the most rudimentary portion of the brain. From there, all other brain activity and larger systems operate. The brain stem links the spinal cord (and thus the entire nervous system) with the portions of the brain that control thought and emotion, like the prefrontal cortex or the hippocampus.

Without a functioning brain stem, all these systems begin to shut down. Currently, the death of the brain stem is the final moment of brain death and often the point of legal death in most countries. When the heart stops beating, it’s estimated that the brain can survive up to a maximum of about six minutes. Even then, brain damage will be significant.[3]

No matter what starts the chain of events that causes a person to die, the death of the brain stem is always the cause of death—even for a heart attack or drowning victim. If the brain dies, the body may live on for a few minutes. But a body isn’t truly dead until the brain stem loses all functioning. Here’s another counterintuitive occurrence at the moment of death: As the body becomes deprived of oxygen on the cellular level, brain activity actually heightens. Although ethical doctors aren’t using fMRI machines on their dying patients, research shows that the brain goes berserk in animals, lighting up like a fireworks display at the time of death.

When a rat’s heart stops, its brain goes into overdrive in all areas known to produce consciousness. This process isn’t wholly understood, but it’s believed to produce what we call the near-death experience—the extraordinary sensations, sights, sounds, memories, and other experiences of people who are revived shortly after death.[4] The fact that the brain goes into overdrive is reported to create a heightened sense of awareness in the person undergoing death. Without delving too far into the paranormal, individuals who have returned from the other side describe lights that were brighter than can be imagined in waking life as well as sensations, smells, tastes, and other events that are completely out of this world.

Some see this as a religious encounter. But scientists view these experiences as the result of the stimulation of the brain at the moment of death. If we look at consciousness as a spectrum, the instant right before death is when we’re technically the most alive.[5]

It’s a bizarre twist of fate. The final moment of consciousness before total unconsciousness is the most conscious we will ever be. Poetic, isn’t it? Individuals who have had near-death experiences (NDEs) often report an extreme distortion of time. Many have paranormal explanations for this phenomenon. But concrete science and first-person accounts aplenty report that time seems to slow down to a crawl or stop altogether. Some people claim that time loses all meaning in the moments leading up to and during death.

In studies by Bruce Greyson, up to 70 percent of participants who had experienced an NDE reported time distortion, especially the slowing down of time. Broader studies spanning decades have also noted this phenomenon, solidifying it into the world of psychology and modern science.[6]

Hopefully, further research will enlighten us on these two obscure and elusive subjects: consciousness and time. Although the “moment” of death can be quite ambiguous even in a clinical setting, the concept extends beyond the death of the brain stem—the so-called point of no return. That extension is biological death.

Even after a subject has reached the point where they are unable (as of now) to be brought back from death, many cells in the body are still very much alive—but dying. This raises some deep questions pertaining to the nature of the self: What are we? Are we the consciousness which is extinguished or transcends at death, or are we the totality of the body’s cells?

Modern science is conflicted on this issue and probably will be for a long time. Scientists note that we are both physical, material beings and an “inner self.” This is the experience portion of the self—and the only part we ever truly, intimately know.

So when are we dead? Is it when the inner self is gone? Or is it when the last cell in our body finally dies?[7] 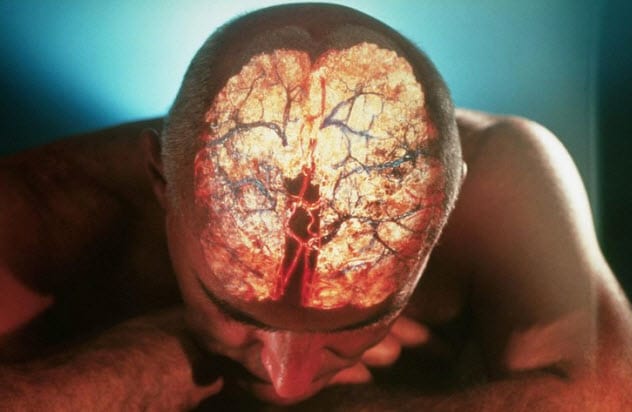 At least for a natural death, there seems to be a somewhat predictable rhythm to when you will die. Much like the body’s circadian rhythm, researchers are discovering that we may have built-in biological death cycles as well.

Even stranger, researchers in California decided to push this one step further to see what differences were in the brains of people who died suddenly through trauma (unnatural deaths). Although our brain rhythms can’t “know” when we’re going to die in a car accident, researchers found the same cyclical pattern of protein differences in these brains as in those of people who had died from natural causes.[8]

This means that some changes to the brain that are part of the person’s cycle are an aftereffect that’s set to transpire the moment we die. 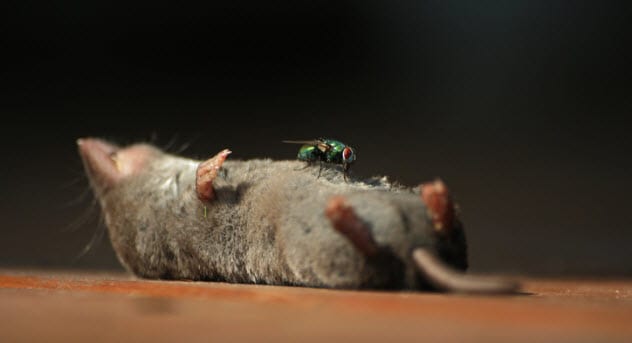 Many different genes activate at the moment of death, although researchers aren’t sure why. It gets even weirder: Some genes continue to switch on for quite a while after death.

Traditionally, it was assumed that genes, like cells, simply die off slowly one by one. But this idea has now been turned on its head. In a dead organism, some formerly inactive genes turn on—from 24 hours after death up to several days after death.

We’re not talking about one or two genes, either. In zebra fish and mice, researchers have observed more than 500 genes activating up to 48 hours after the death of the organism.[9] 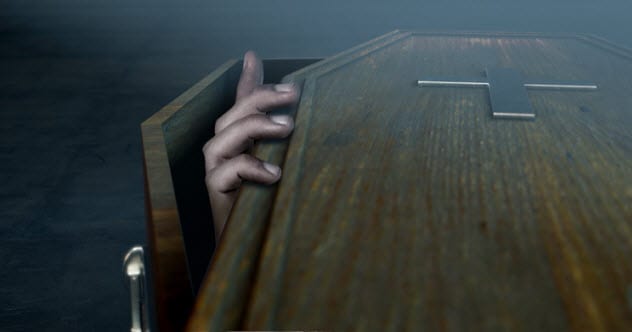 At one point, we presumed that a person without a heartbeat was dead. Now we’re starting to see the bigger picture—that this gradient which is the moment of death is quite flexible. And all these discoveries about death have brought about new discussions, experiments, and thoughts about life.[10]

Firms around the world are seizing on these concepts in the hopes that medical science can someday make death reversible, at least up to a certain point. We are now looking at ways to reverse brain death and bring people back from that point of no return.

Before we write this off as wishful thinking, remember that some animals regrow whole limbs or have severed limbs that grow into new organisms. The supposed line between life and death is quite flimsy. Time will tell how successful we are in our endeavors to understand the final moments of our lives and how many more discoveries regarding the moment of death are yet to be made.

I like to write about horror, dark stuff, history, philosophy, and true crime.

To find out about interesting death practices, check out 10 World Traditions Of Death Throughout History and 10 Obscure Death Practices And Beliefs Observed By Anthropologists.