Archaeological discoveries are constantly made, either on purpose or by accident. Some of these might be minor, yet others can reveal secrets about past civilizations and their way of life. And sometimes we’ll just find a bunch of old poo and wine.

10The Mystery Of The Desert Kites Solved 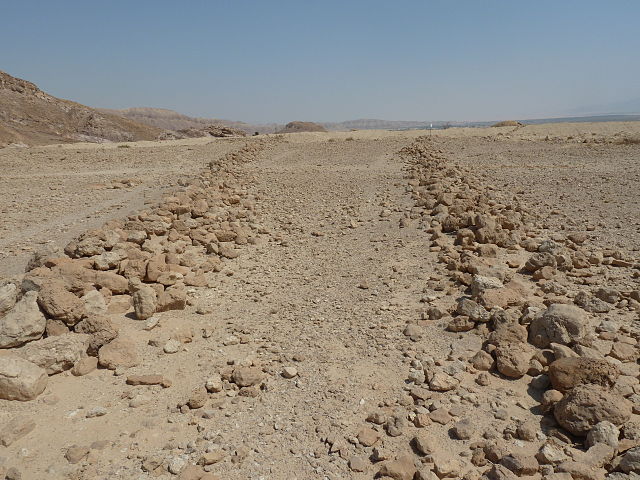 Over the past decade, science has cracked many archaeological mysteries, including the case of the desert kites, a series of unimaginably ancient stone walls built across the deserts of the Middle East. Some of the massive walls are over 5,000 years old, but no one ever knew what they were for—until archaeologists realized that the structures were always built along the migratory routes of animals.

It was originally speculated that the kites were used as giant pens to protect animals from predators, and that theory is at least partially correct—they were used to hold animals. But rather than protecting livestock, the walls actually served to trap herds of migratory animals for slaughter. These corrals were set up long after agricultural societies developed in the region and the fact that they were erected along migratory paths shows that our farmer ancestors still paid close attention to the behavior of wild animals.

9Egyptian Tombs In The City Of The Dead 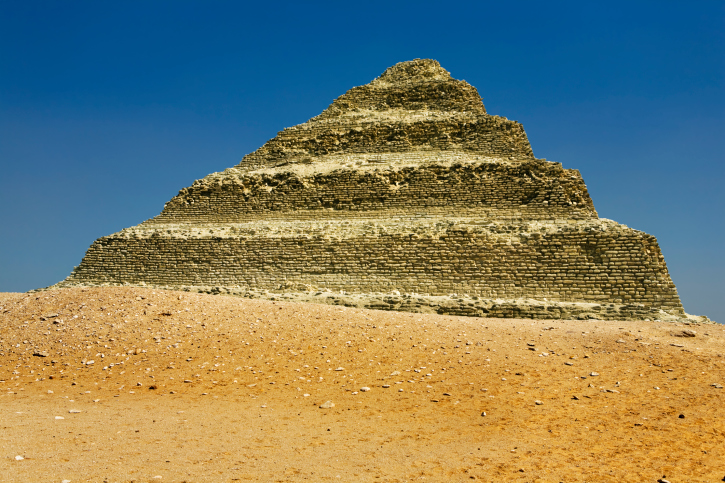 A hieroglyph-packed tomb uncovered at an archaeological site south of Cairo might reveal new insights about one of the most fascinating civilizations in history. For over 3,000 years the tomb has been hidden beneath the sands of the necropolis at Saqqara—the famed city of the dead that served the Egyptian capital of Memphis. Saqqara houses a sprawling network of burial sites that held some of Egypt’s most prominent citizens, including pharaohs.

The tomb itself is similar to another that was discovered nearby—both held high-ranking officials that died during the 20th dynasty, around 3,000 years ago. The tombs’ inhabitants were a royal messenger and a military official. Sadly, the tombs had been ravaged by looters in the past and were found mostly empty, other than some graffiti. So archaeologists had to settle for the intricate wall-carvings, which reveal new details about Egyptian belief in the afterlife.

8The Oldest Evidence Of Cancer 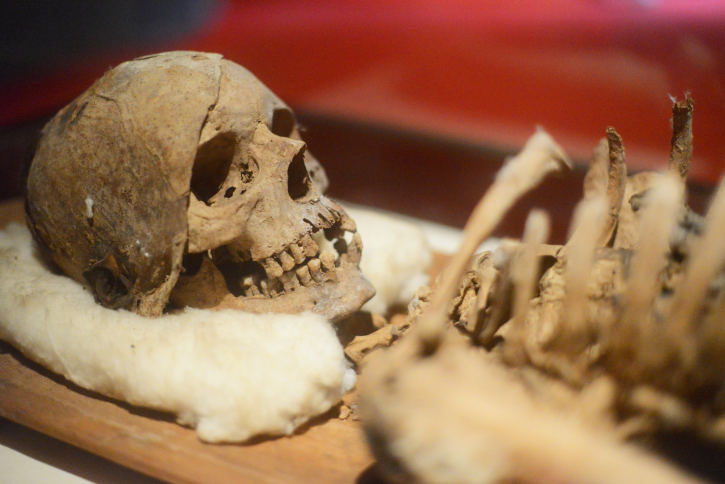 In modern times, the incidence of cancer is increasing at an alarming rate due to our booming population, prolonged life expectancy, and abundance of pollutants. Meanwhile, the prevalence of cancer in the ancient world is mostly a mystery, as tumors and other soft tissues degrade into nothingness fairly quickly.

But archaeologists got lucky recently, after the discovery of a 3,000-year-old body that shows signs of the disease. Inside a decorated coffin in a Sudanese tomb it appears that we’ve found the earliest evidence of cancer. The man was probably between 25 and 35 when he died, and he appears to have suffered extensive skeletal damage due to metastasizing (spreading) soft-tissue tumors throughout his body.

The discovery is important as it allows us to trace the evolution of a common modern illness and opens up intriguing questions about carcinogens in the ancient world.

7A 13,000-Year-Old Skeleton Confirms The Origin Of Native Americans 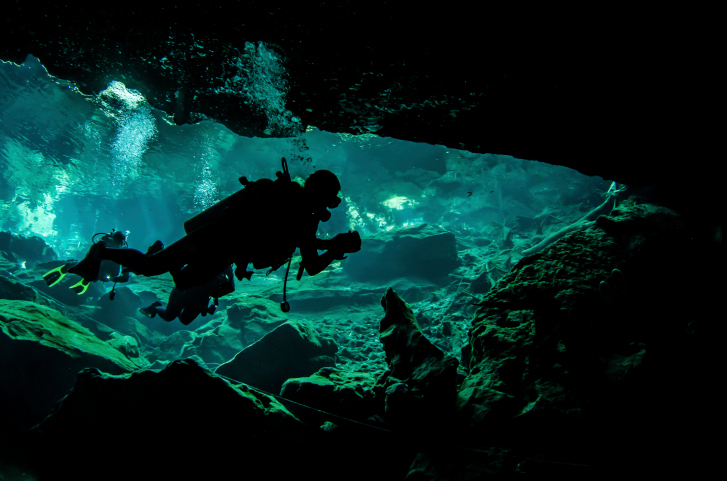 If there’s any evidence that we don’t give archaeologists enough credit, it has to be the recent discovery of a 13,000-year-old skeleton known as Naia. What’s so special about this skeleton? Well to start with, archaeologists had to crawl through a crevice and then dive deep into the belly of an subterranean Mexican cave in order to find it. And we mean “dive” literally because the cave was underwater, pitch dark, and full of creepy-crawlies.

For most of us, a grinning skull is the last thing we’d want to encounter in those circumstances, but for scientists and historians it was a huge deal. Naia is one of the oldest (possibly the oldest) skeletons found in the Americas, and she has already helped to clear up one controversial aspect of New World history. 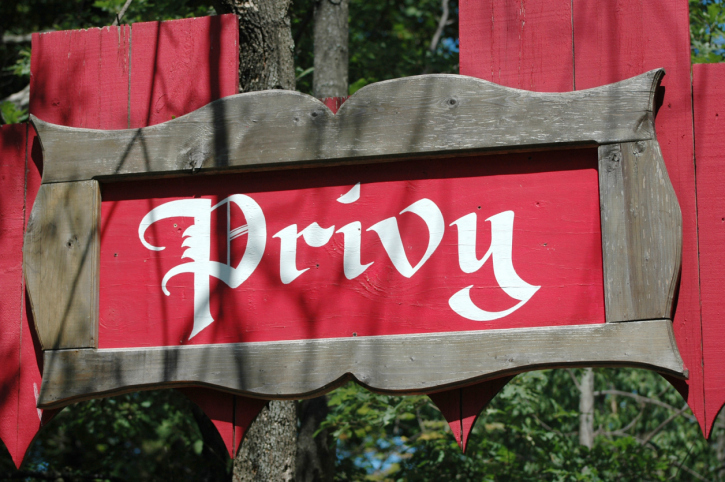 Archaeologists are possibly the only group that get excited over finding other people’s poo. So Danish archaeologists were ecstatic when they pried open a treasure trove of old wooden barrels found near the city of Odense—only to find them full of partially fossilized feces. Normally, such barrels were used to transport perishables, but it appears they were later repurposed into cutting-edge medieval latrines.

The unexpected toilets were found in mint condition, allowing for forensic analysis of some really old poo and furthering our understanding of medieval dietary habits (raspberries appear to have been quite popular). Scraps of toilet paper were found as well—or at least the bits of leather, moss, and other soft materials that were used as toilet paper in those days.

Archaeologists confirmed that, even after all those years, the barrels still stank.

5A New Pharaoh (And His Hand-Me-Downs) 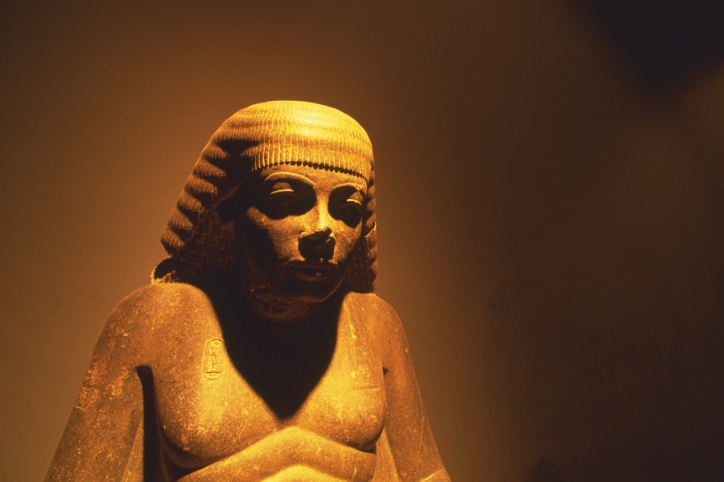 It’s not often that we find a new pharaoh to add to the lineage of ancient rulers. So archaeologists from the University of Pennsylvania probably permitted themselves a few high fives after the recent discovery of an unknown pharaoh, Woseribre Senebkay, who ruled between the 15th and 16th Dynasties. And while it might seem that our knowledge of Egyptian history is comparatively complete, many names have been lost to history, and the pharaonic timeline is sometimes revised.

Pharaoh Senebkay was entombed inside a fancy, 60-ton sarcophagus made of red quartz, though some aspects of the burial make Woseribre look like something of a B-list ruler. For example, his canopic chest (where the organs were stored) was a hand-me-down that belonged to a different pharaoh. As a matter of fact, the old pharaoh’s name was still visible on the chest, although it had been crossed out and replaced with “Senebkay.” Other items were also reused, suggesting a lack of resources and funding—or possibly just that no one liked poor ol’ Senebkay.

4One Of The Oldest Images Of Jesus

Perhaps no historical figure is portrayed more in art, iconography, and literature than Jesus Christ. However, most of the images we’re accustomed to seeing are relatively modern—so historians instantly began watering at the mouth when an ancient image of Christ was discovered inside a newly unearthed tomb at a site called Al Bahnasa, in Egypt. The mysterious subterranean crypt also housed the remains of a family of priests and has been dated to the sixth century. If that dating is verified, the find will be one of the oldest images of Christ ever discovered.

The carved and painted image shows a man with curly hair holding his arm up, as if delivering a blessing. His likeness is surrounded by Coptic texts which are yet to be translated. Although Christianity did not spread to Egypt until around A.D. 55, the story of how the Virgin Mary and infant Jesus traveled through the country while fleeing King Herod meant several places in the area were considered holy sites.

3The Palace Of King David Possibly Found In Israel 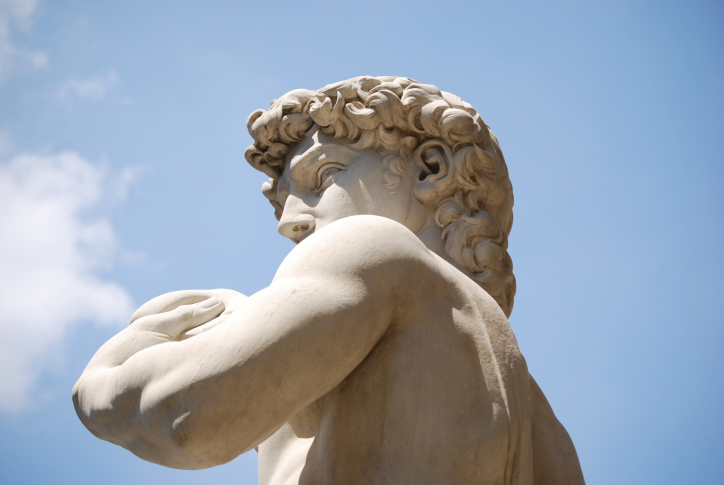 A complex of 3,000-year-old ruins uncovered by Israeli archaeologists could be among the most important discoveries in recent history, as some believe them to be the remnants of the biblical King David’s palace. Or at least a palace King David used when he was in the area.

There is (obviously) controversy over such a claim and there is no overall consensus as to its authenticity. The site is undoubtedly impressive, however, including a 930-square-meter (10,000 sq ft) palace fortified by thick walls.

The ruins are located at Khirbet Qeiyafa, in the same area as an ancient city mentioned in Judean scriptures. Biblical claims are also bolstered by the fact that the ruins date to about 1,000 B.C., which is the same period suggested for King David’s reign.

2An Ancient Wine Stash Shows What Our Ancestors Liked To Drink 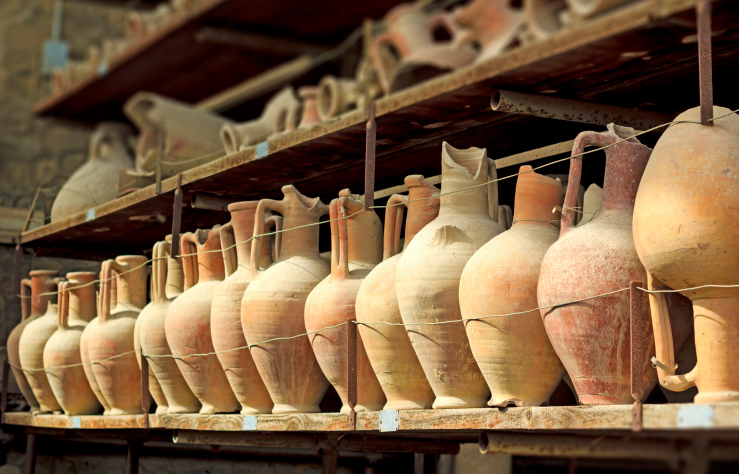 Humans have been enjoying alcohol for thousands of years, so it’s always interesting to find out what ancient civilizations drank. Recently, Israeli archaeologists stumbled upon the largest treasure trove of old wine ever found—a private collection of nearly 40 large jars.

Each of these jars held around 50–60 liters of what was probably a delicious wine. The cache of booze might originally have been much larger, but only around 40 containers were salvaged from the ruins of a Canaanite palace. Through the magic of science, the residue that remained inside the containers was analyzed, and the Canaanite wine turned out to be similar to a medicinal version brewed by the ancient Egyptians.

So, how did the Canaanites like their wine? It turned out to be a surprisingly sophisticated recipe which included tree resins, cinnamon bark, honey, mint, juniper berries, and cedar. The age of the discovery suggests that winemaking was developed in the region before spreading to Egypt and the Mediterranean.

1An Immaculate Tomb Shines A Light On The Mysterious Wari People

The sad truth of archaeology is that a lot of the awesome tombs and burial sites we discover have long since been plundered by looters. But a Peruvian tomb built by a mysterious people known as the Wari was recently found in mint condition. The tomb was full of golden artifacts, as well as the untouched mummies of several Wari queens.

The Wari empire flourished between A.D. 700–1000, predating the more famous Inca, and the mausoleum contained an embarrassment of riches. Rows of bodies were found near the entrance, all adorned in fine jewelry. Deeper inside, the royal mummies were discovered with over a thousand pieces of treasure—including jewelry, tools, and utensils—made of silver and gold. If that wasn’t enough, it appears that a group of human sacrifices were also included, as six bodies were found sprawled out (and not mummified) on the ground in the main chamber.