It’s not hard to see that conspiracy theories flourish just about anywhere in the world. This time around we’ll go through some of the wackiest conspiracy theories, both classic and recent, to have ever come out of Asia. Sparked by anti-Western paranoia, mysticism, or just flat-out insanity, these crazy conspiracy theories serve as proof that Asia definitely has its fair share of far-out nutjobs. 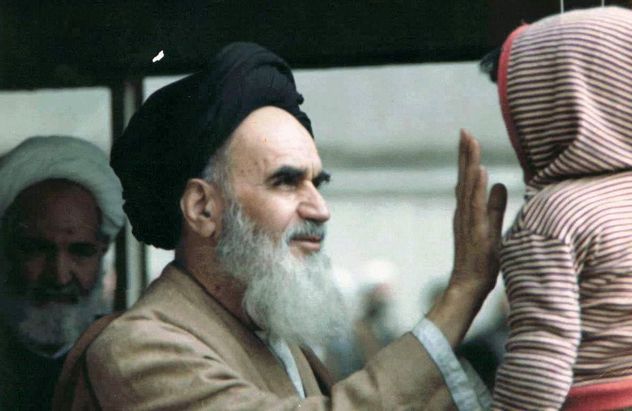 We’ve previously talked about how some Iranian conspiracy theorists have tagged the British as the malevolent force controlling Iran’s affairs behind the scenes, including the 1979 revolution. This conspiracy theory takes one crazy step further and holds that the British supported the firebrand Islamic leader Ayatollah Ruhollah Khomeini because he was actually the son of a British national named William Richard Richardson.

According to the theory, Williamson was a 19th-century adventurer who traveled across the world before settling in Iran and becoming affiliated with the Anglo-Iranian Oil Company. There, he also converted to Islam and took two wives, one of whom would bear the future Iranian leader. As the story goes, the young and delinquent Khomeini received strict religious instruction from an ayatollah who, along with his peers, later helped him evade a death sentence from the ruling Shah by making him an ayatollah and spiriting him away from Iran. Later on, Khomeini repaid the favor by killing them off upon his return, ostensibly so that his true lineage would never be revealed. 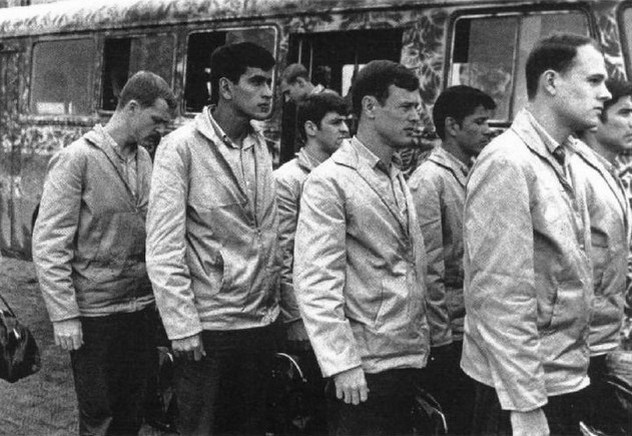 Although the terribly bloody Vietnam War ended decades ago, one infamous rumor has refused to die out, namely that many American POWs are still being kept alive there up to now. Fueled by movies such as 1983’s Uncommon Valor, this theory also holds that both the US and Vietnamese governments fully know about the POWs’ dire situation yet are either doing nothing or are covering it up.

Proponents of this belief, especially the families of the missing personnel, point to the US government’s shoddy or inconsistent data on the missing POWs as well as what they believe to be authentic sightings of the prisoners and the different signs for help they’ve left behind in various locations. The government has done several investigations, which concluded that the missing prisoners are most likely dead by now. Yet believers remain adamant and insist that they should not write off the prisoners without any physical evidence.

8Mao Zedong Was A Yale Stooge 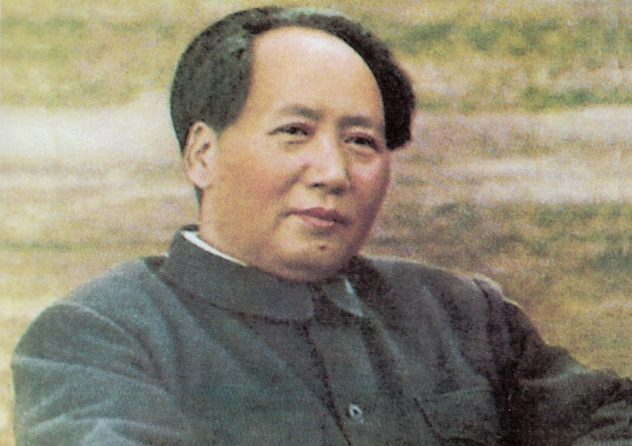 To be fair, infamous Chinese dictator Mao Zedong really did work for Yale when he became the editor for the Chinese branch of Yale’s student journal in 1919. However, one conspiracy theory would have us believe that Mao was really an underling for Yale University’s infamous Skull and Bones.

According to this theory, Yale University’s ruling elite established its subsidiary in China because they wished to control the lucrative opium trade. To that end, they—along with the CIA’s precursor, OSS—employed Mao Zedong and his communists to fight off the perceived threats to their monopoly, including the Boxers and then the nationalists led by Chiang Kai-shek. What they didn’t count on, however, was Mao betraying them when the communists finally won China’s civil war in 1949. Due to this unexpected double-cross, they and the CIA were forced to work with the Chinese triads in order to continue their illicit operations.

7Malala Is A CIA Agent 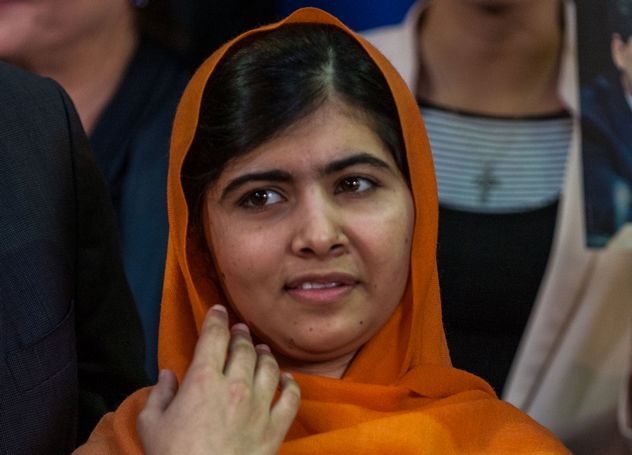 You might remember Malala Yousafzai, the young Pakistani schoolgirl whom the Pakistani Taliban shot in the head (yes, they aren’t above shooting little girls) in October 2012 because she wanted girls to go to school. Although Malala survived the assassination attempt and has since become an untiring advocate for women’s rights and education, worldwide attention to her ordeal has turned some of her own countrymen against her. They accuse Malala of being involved with the CIA or the West in an international conspiracy to destroy Pakistan.

This view is especially prevalent in Malala’s native Swat valley, where the deeply conservative townsfolk see the events as nothing but a plot by her family to achieve fame. While Pakistanis do have some justification to be paranoid about Western infiltration (the CIA did recruit a local doctor to help scout out Bin Laden, after all), this conspiracy theory defies all common sense. Perhaps the only thing more insane is the fact that the Pakistani Taliban promised to try and kill her again.

At this point, we’re all pretty familiar with conspiracy theories about super weapons creating hurricanes, tsunamis, and other natural disasters. Now, there are claims that the very same thing happened during the devastating meltdown that occurred at Fukushima’s nuclear power plant in 2011—with Israel as the culprit this time.

According to one account, Japan had been secretly assisting Iran with its nuclear weapons program by manufacturing enriched uranium for them at Fukushima. To stop this, the Israelis planted a nuclear bomb near Japan’s coast that triggered the earthquake and the subsequent tsunami. In the other version, Israel initially assisted Japan with its nuclear weapons program on orders from President Bush and Vice President Cheney to counter China’s growing influence. However, the Israelis got angry when the Japanese became supportive of an independent Palestinian state. As revenge, they triggered the tsunami and also unleashed the Stuxnet virus on the plant for good measure.

On par with the ridiculous conspiracy theory that the Boston Marathon bombings in April 2013 never happened is the assertion that North Korea was responsible for the attack. According to the proponents of this theory, North Korea carried out the attacks to celebrate its founder Kim Il-Sung’s 101st birthday anniversary, and also because it wanted to make good on its previous threats of an attack on US soil.

Understandably, North Korea’s official mouthpiece issued a subsequent condemnation of the conspiracy theory, denying that their country carried out the attack while also disavowing any alleged links with Al-Qaeda. According to them, North Korea would never resort to underhanded tactics to attack the US, since it has the capability to hit its enemy directly. For them, the only real conspiracy here is the black propaganda campaign by US conservatives to discredit North Korea in the international community.

4The US And The Taliban Are In Cahoots 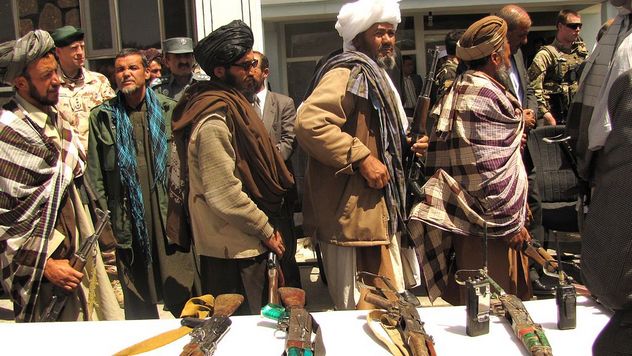 We already mentioned how some conspiracy theorists believe that the US and North Korea are actually working together. In that same vein, there are actually those who believe that the US is also working with the Taliban in Afghanistan. This view has been taking root among ordinary Afghans who believe that the US is funding the Taliban in order to achieve its own ends—including having a buffer against Iran, China, and Russia. They like to point out that the numerically and logistically superior American and NATO forces could easily finish the Taliban off yet they do not do so, meaning they really have a hidden agenda. Even Afghan president Hamid Karzai has bought the conspiracy theory; in March 2013, he accused the US and the Taliban of collaborating in a series of false flag attacks as justification for an indefinite US presence in the region.

3MacArthur Received A Bribe To Liberate The Philippines 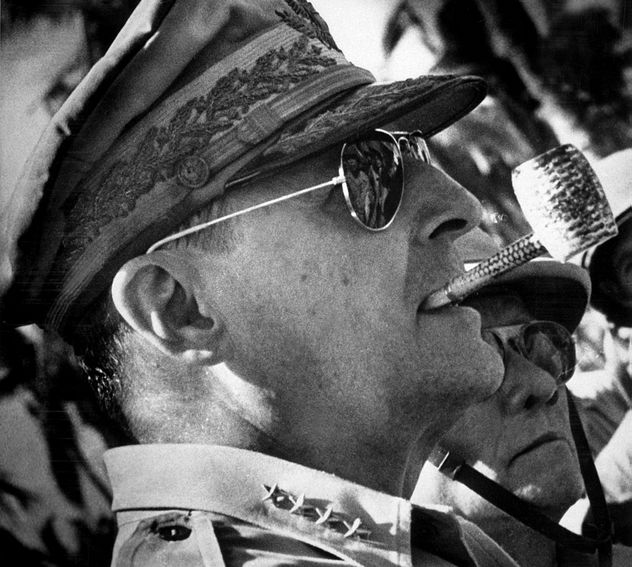 Was Douglas MacArthur—one of history’s greatest and most colorful war heroes—compelled to liberate the Philippines from the Japanese because the Philippine president handed him a substantial amount of money? Historians have concluded that the wartime Philippine President Manuel Quezon really did give MacArthur $500,000 (and another $140,000 to three members of his staff) in 1942 under the guise of outstanding service rendered to the Philippines. Yet the true reasons may never be ascertained since all the characters involved are already dead.

It is highly speculated that Quezon paid MacArthur off so that that the latter would allow Quezon and his family to evacuate to the US. Other than that, the money would serve to remind MacArthur to keep his promise of returning to the Philippines. Of course, his liberation campaign would later wreak untold devastation on the country and earn him criticism for deviating from what had been the highly-successful and less-bloody island-hopping strategy.

2The US And Taiwan Created The SARS Virus

Aside from the long-standing accusations that it created the AIDS virus, the US was once again implicated as the evil mastermind behind the 2002–2004 SARS outbreak that hit Asia and was especially devastating in China, having caused the deaths of more than 300 people. Rumors of US and also Taiwanese involvement in the outbreak reached a fever pitch after two Russian scientists stated that the virus appeared to be a cocktail of different viruses and could not have been natural.

Conspiracy theorists also tried to corroborate the Russian scientists’ findings with the argument that Taiwan—being one of the virus’s creators—suffered far fewer casualties because it possessed the cure. Of course, China received a dose of its own conspiracy medicine after Taiwan accused its rival country’s government of not only creating the virus but also of engaging in a massive cover-up of the outbreak’s true extent. 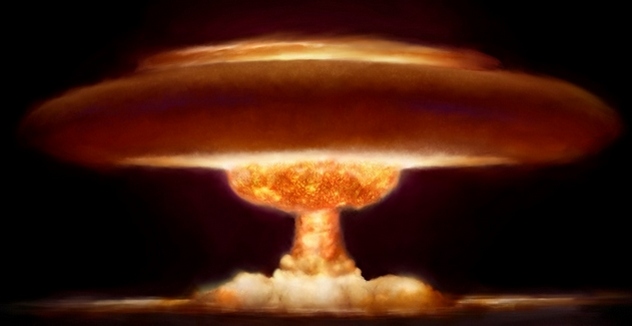 Did ancient civilizations really possess the power of the atom bomb? For some conspiracy theorists, the answer is a clear “yes.” According to them, divine beings or ancient aliens transferred the technology to various ancient civilizations. They were also not averse to using it themselves, as was supposedly recorded in ancient texts such as the Mahabharata, which speaks of a projectile “charged with all the power of the Universe.”

Believers of this theory point to various archaeological sites with inexplicably high amounts of radiation, the most notable example being that of an ancient city found in Rajasthan, India. If the theory is to be believed, the city suffered a nuclear attack 8–12 millennia ago, resulting in the deaths of 500,000 inhabitants. Subsequently, the city retained dangerous levels of radiation, which would explain the abnormally high number of people in the area who suffer from cancer or birth defects. Of course, this theory is not limited to Asia; it is also held that North America’s Great Lakes are actually craters from an atomic blast.