Few figures in history have been as extensively chronicled as the US presidents. As such, we have found that despite their high rank, they are men like any other, with no shortage of eccentricities, dark alliances, and skeletons in their closets.

10Ulysses S. Grant Expelled Jews From Their Homes During The Civil War 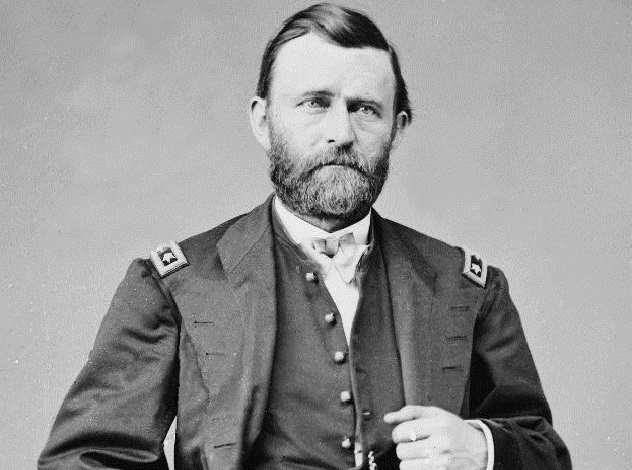 Ulysses S. Grant is far better known for serving as commander general of the United States Army during the Civil War than his relatively undistinguished presidency. He was certainly an able general, but like any commander, he made some missteps along the way.

One of those missteps was the issuance of General Order No. 11 on December 17, 1862, which evicted Jews from certain parts of the country based on Grant’s belief that they were running a black market cotton trade between the North and the South. In part, the order read, “The Jews, as a class violating every regulation of trade established by the Treasury Department and also department orders, are hereby expelled from this department [various areas, including parts of Kentucky] within 24 hours from the receipt of this order.”

There was a strong backlash, and President Lincoln ordered the command rescinded just weeks later. The issue was later brought up when Grant ran for president, but he blamed it on a subordinate, claiming that he carelessly signed off on the order under wartime duress. It has long been debated if he thought this was any kind of sound strategy or there was a strong undercurrent of personal anti-Semitism at work. 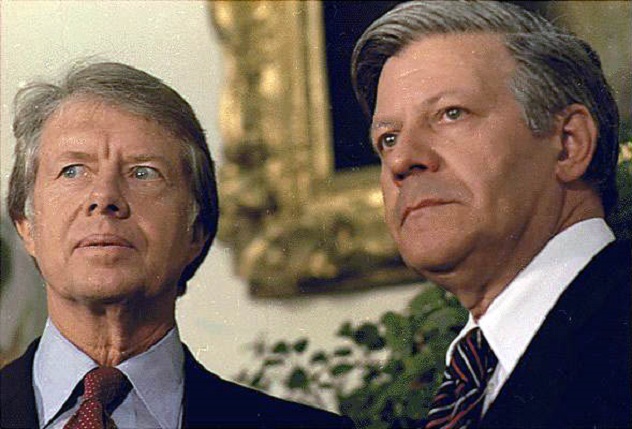 Jimmy Carter didn’t get much respect during his presidency. There was an unfortunate incident where he was apparently menaced by a rabbit, and his brother Billy was a bit eccentric, once urinating in front of the press. But the strangest thing that ever happened to Carter occurred before he ever set foot in the White House.

In 1969, two years before he would become governor, Carter was scheduled to give a speech at a Lion’s Club meeting in Leary, Georgia. Around 7:15 PM, someone spotted a strange object in the sky. It appeared to be a green light that disappeared after a few minutes. Skeptics have gone on to say that the object was probably the planet Venus.

While Carter has said that he didn’t believe the object he saw was extraterrestrial in origin, he gave enough credence to the event to submit a report to the International UFO Bureau in Oklahoma City, Oklahoma in September 1973, while serving as governor of Georgia.

Surprisingly enough, Carter wasn’t the only president to admit seeing a UFO. Ronald Reagan also claimed to have seen one from an airplane while serving as governor of California. 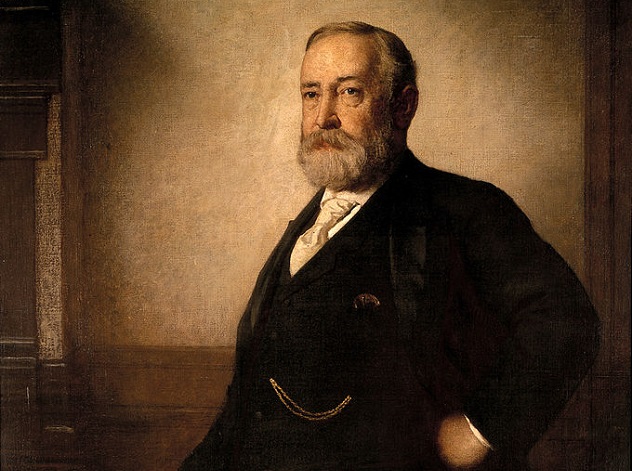 Benjamin Harrison served as president from 1889–1893. While he didn’t have the most remarkable tenure, he embraced the technology of the era. He was the first president whose voice was recorded on a wax phonograph cylinder, and he modernized the US Navy, which only had two warships in its arsenal when Harrison took office. He also introduced electric lighting into the White House, although he and his wife were too afraid of being electrocuted to actually touch the switches.

In historical context, this was not such a silly notion. The 1890s was the time of the so-called “War of the Currents,” when even scientific heavyweights like Thomas Edison staged all kinds of horrifying publicity stunts to demonstrate just how dangerous alternating current electricity could be. On August 6, 1890, the electric chair was used to execute William Kemmler, who had murdered his common-law wife with a hatchet. Unfortunately, the execution was botched, and the first jolt failed to kill Kemmler. He was then hit again, resulting in an “unbearable” stench as his flesh began to singe. The fact that Harrison would rather sleep in a bright room than risk a similar fate hardly seems strange in retrospect.

7Lyndon Johnson Was A Jerk 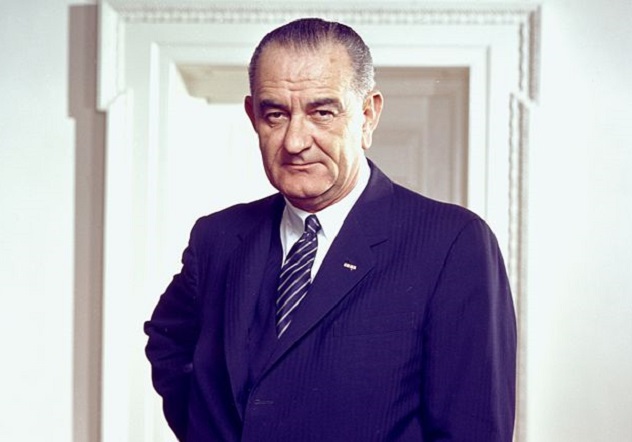 John F. Kennedy was among the most charming of all the presidents, but his successor, Lyndon Johnson, was something of a lout. He had an enormous ego and tended to overpower and intimidate people to get his way. Kennedy was constantly concerned about his vice president, unwilling to give him extra powers but desperate to keep him from becoming an enemy. Referring to Johnson, he once told a White House aide, “You are dealing with a very insecure, sensitive man with a huge ego. I want you literally to kiss his fanny from one end of Washington to the other.”

In his memoirs, longtime Johnson aide George Reedy painted an ugly portrait of LBJ, accusing him of being a womanizing, perverted drunkard who delighted in having conversations with people while he sat on the toilet for the sole purpose of making them uncomfortable and bullying his staff to the point of sadism. Johnson was especially fond of whipping out his manhood, which he’d dubbed “Jumbo,” in mixed company. There is even a story, possibly apocryphal, that he urinated on a Secret Service agent’s leg, claiming it was his “prerogative.” Johnson’s behavior could be so reprehensible that it has been suggested that he was likely mentally ill, possessed of more “‘grandiose narcissism” than any other president in history.

6Bill Clinton Sent Only Two Emails During His Presidency 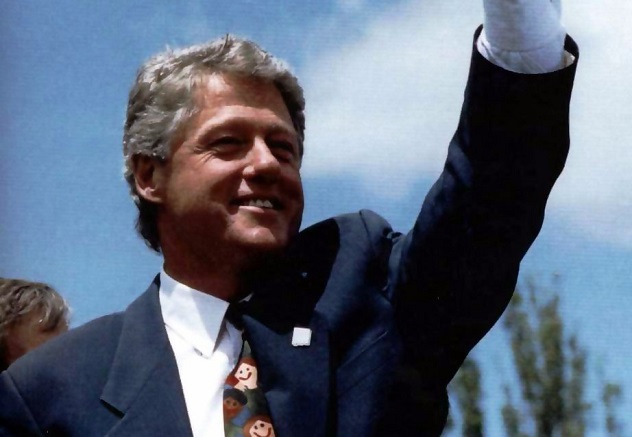 Benjamin Harrison wasn’t the only Luddite to take up residence in the White House. The first official White House website was unveiled during Bill Clinton’s tenure in 1994, but the president himself wasn’t much for sitting in front of a keyboard. Although approximately 40 million emails were generated by Clinton staffers over the course of his presidency, Clinton was more comfortable writing memos by hand or making phone calls.

During his eight years in office, he reportedly sent only two emails. One was just a test message. The other was sent in reply to US Senator John Glenn aboard the Space Shuttle Discovery. The message read in part, “Hilary and I had a great time at the launch. We are very proud of you and the entire crew, and a little jealous.” The laptop Clinton used to send the email to Glenn was later auctioned for over $60,000.

5John Quincy Adams Was Accused Of Being A Pimp 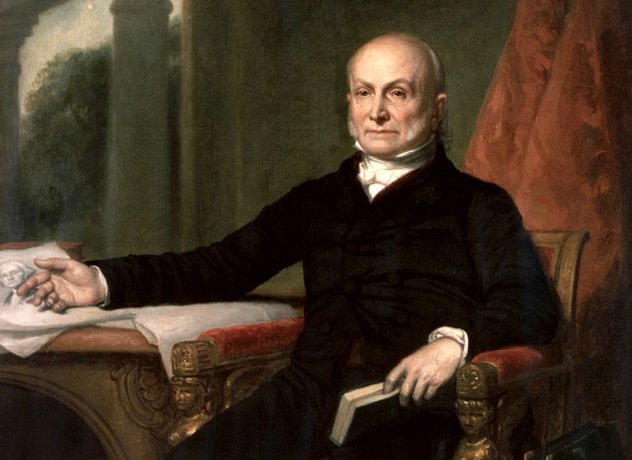 Today’s political campaigns can be ugly affairs, rife with finger-pointing and manipulated statistics, but they have nothing on the venom of America’s early presidential races. Few campaigns dripped with more frothing hatred than the 1828 election, when incumbent John Quincy Adams ran against war hero Andrew Jackson.

Jackson was mostly upbraided for his vicious personality, including his participation in duels and orders to execute deserting soldiers during the War of 1812. Fingers were also pointed at Jackson’s wife, who had been married before and may not have ever officially divorced her ex-husband. The charges against Adams were even more ludicrous, including claims that he offered the “services” of an American chambermaid to Tsar Alexander I while serving as ambassador to Russia. Adams was disgusted by such smear tactics and refused to participate, but his gentility almost certainly worked against him, as Jackson won the election.

Adams’s father John, however, was much looser with the insults. When he ran against Thomas Jefferson, he called Jefferson a “mean-spirited, low-lived fellow, the son of a half-breed Indian squaw, sired by a Virginia mulatto father.” 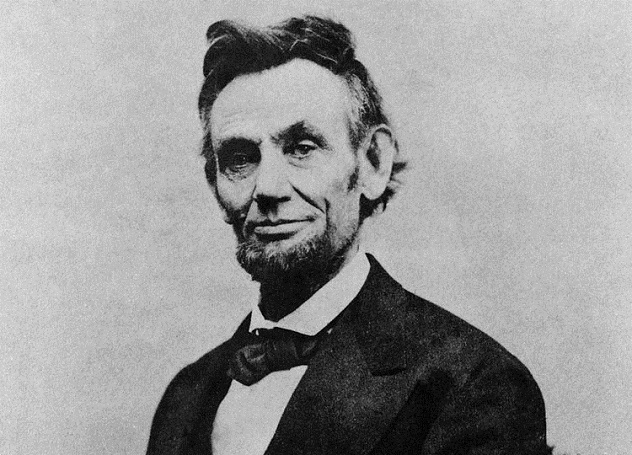 Honest Abe was a true renaissance man. While he might have looked frail in portraits, he was an enormously strong man, having worked a series of manual labor jobs in his youth. He went on to become a storekeeper, a surveyor, and a lawyer, but he was also the only US president who was a licensed bartender.

In 1833, he and his friend William F. Berry opened a small shop unimaginatively called Berry and Lincoln in New Salem, Illinois. In an effort to make their venture profitable, they secured a liquor license, selling beer, cider, whiskey, brandy, and other assorted potables.

As many bar owners can attest, peddling booze is no easy task, and Lincoln’s business plummeted. Unfortunately, Berry was an alcoholic, and he quickly began drinking up the capital. By April of that year, Lincoln had sold his portion of the store back to Berry and left to become the town postmaster. When Berry died just two years later, Lincoln was left with a staggering amount of debt that he couldn’t repay for over a decade. 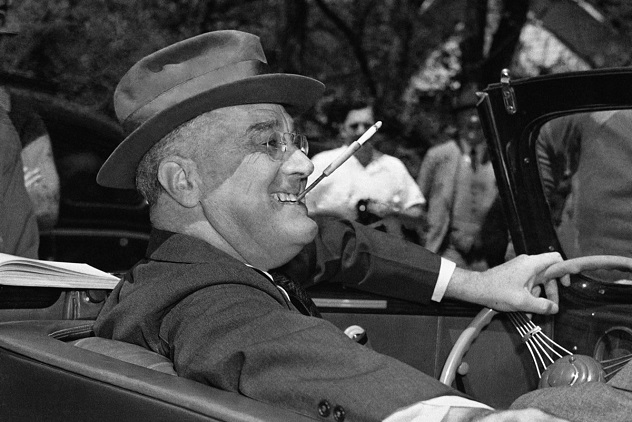 Although he was one of the most feared men in America, Chicago crime boss Al Capone had a huge target on his back. He was always surrounded by trusted gunmen and traveled in style in an armored 1928 Cadillac V8 Town Sedan. The car was retrofitted for Capone with inch-thick bulletproof glass and 1,360 kilograms (3,000 lb) of armor plating.

When Capone was imprisoned for tax evasion, the US Treasury Department seized his car. However, it was put to good use, becoming the vehicle of choice for President Franklin Delano Roosevelt the days following the attack on Pearl Harbor, when Secret Service agents feared his life might be in danger. The car they had been using, a 1939 Lincoln V12 convertible called the “Sunshine Special,” lacked the necessary armoring.

The Sunshine Special was sent back to the factory, where it was updated with all manner of defensive gear, including “run flat” tires and compartments for machine guns. The Capone car was subsequently retired. It has since passed through multiple hands, taking trips through various museums and fetching high prices at auction.

2Harry Truman Met With The KKK 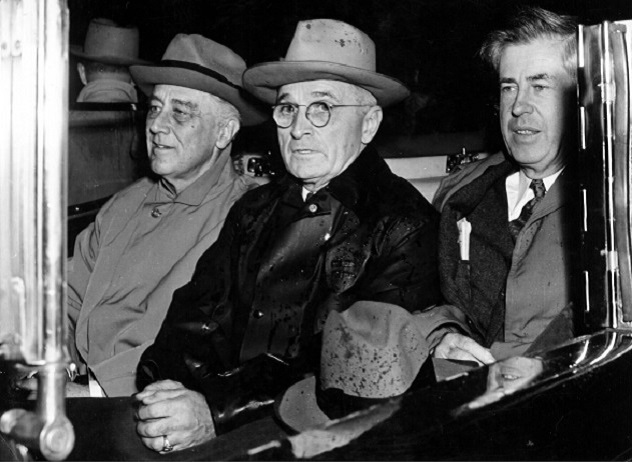 When Harry Truman returned home to Kansas after serving in World War I, he opened a haberdashery. The business quickly went belly-up, but the patronage of a powerful Democrat named Tom Pendergast helped to secure him an elected position as judge of the county court in Jackson County’s eastern district. In the interest of furthering Truman’s political career, local car dealer and KKK member Edgar Hinde encouraged him to consider joining the Klan. He even offered to cover the $10 membership fee.

The KKK isn’t as powerful today as it once was, but the 1915 film The Birth of a Nation temporarily caused a huge resurgence in the Klan’s popularity. By the early 1920s, they counted between four and five million members in their ranks and held tremendous political clout. As such, Truman agreed to meet with the group. However, they urged Truman to sever ties with Pendergast, who was a Catholic, and Truman refused. “They threatened to kill me,” Truman said of the bad blood that followed. “And I went out to one of their meetings and dared them to try.” 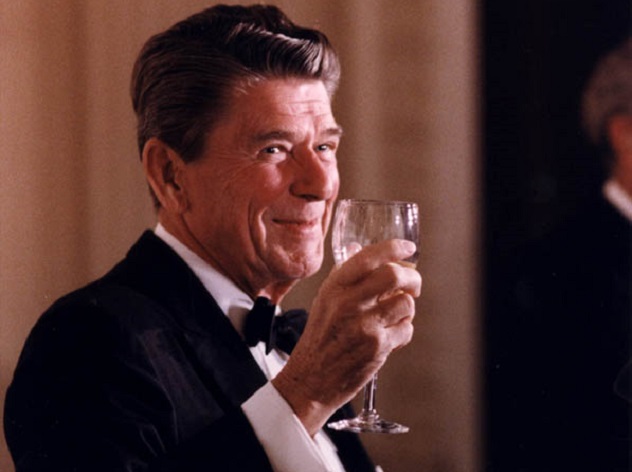 On March 30, 1981, President Ronald Reagan was shot in Washington, D.C. by John Hinckley Jr. He was hit by a single bullet that entered his left underarm, stopping just shy of his heart. Reagan very nearly died—his lung had been punctured, and internal injuries caused him to lose half of his blood.

However, he somehow maintained his sense of humor throughout the ordeal, telling his wife Nancy, “Honey, I forgot to duck.” Right before the surgeon began to operate, Reagan quipped, “I hope you’re a Republican.” Afterward, he was put on a respirator, and when someone asked him what he would want on his gravestone if he didn’t recover, the President scrawled out, “All in all, I’d rather be in Philadelphia.”

Years later, he was still amused by the shooting. In 1987, when he was giving a speech at the Tempelhof US Air Base in West Berlin commemorating the city’s 750th anniversary, he joked, “It’s not often you get to go to a birthday party for something older than I am.” When a balloon popped during the festivities, he snapped, “Missed me.”