In order to maintain a semblance of order, police are often needed to protect civilians against criminals. But sometimes governments—especially those led by dictators—form secret police forces to root out resistance and carry out every paranoid whim of the country’s tyrannical leader. Here are 10 of those secret police groups. 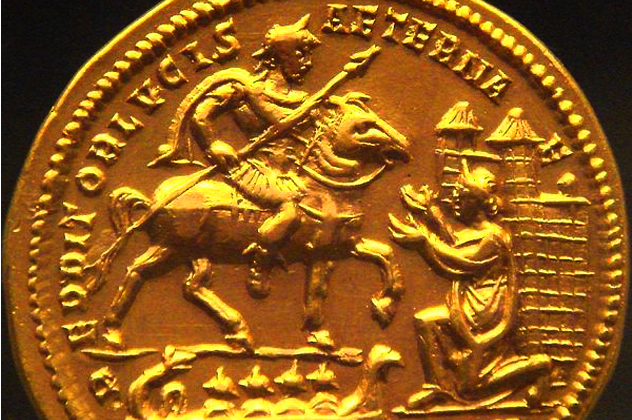 This group, whose name is Latin for “those involved in affairs,” was the successor to the utterly despised frumentarii, another ancient Roman police group. Early in their implementation during the third century A.D., they were merely couriers or informants for the emperor who wished to wash away the bad taste left in the public’s mouth by their predecessors. But, as their power grew, the agentes in rebus began to abuse it—under direct orders from the emperor. Constantius II famously used them in his plot to execute his half-cousin Gallus.

Though not as violent as many of the other entries on this list, the agentes in rebus were feared for their unceasing presence and could be found in almost every corner of the empire. However, in the decades leading up to their disbanding, they were forcefully pushed toward their earlier duties as couriers by emperors who had become fearful of their growing power. 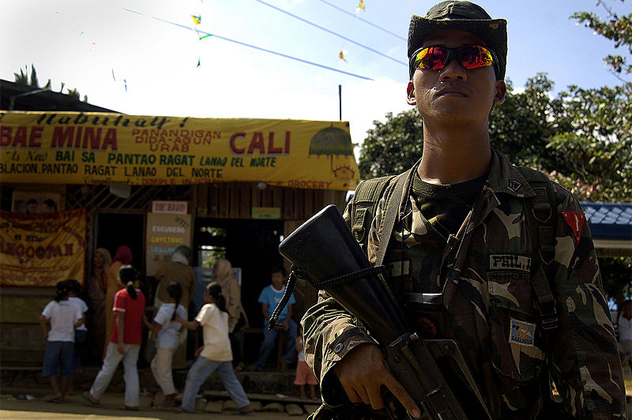 A dangerous security force which flourished throughout the Philippines during the tyrannical reign of Ferdinand Marcos, the 5th CSU was mainly led by General Fidel Ramos, a man who would later turn against Marcos and be hailed as a hero during the 1986 EDSA People Power Revolution which ousted Marcos. The group practiced widespread torture—especially the psychological variety—for years, with rumors that the “best” torturers were actually trained by the CIA.

Keeping political prisoners awake for days was commonplace, as was the “salvaging” of nearly three-quarters of all the victims. “Salvaging” is a term which describes the torture and mutilation of a person before their corpse is dumped on the side of the road to psychologically terrorize the public. In the wake of mounting criticism of the practices of the 5th CSU, the group was renamed and its business was pushed underground. After the revolution, the whole program was disbanded. 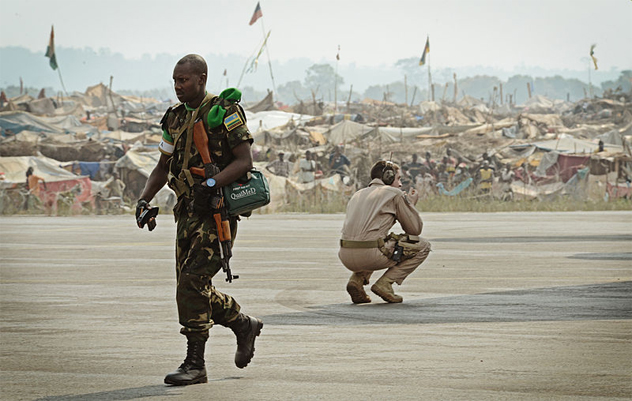 Initially created to stem the tide of incessant looting in the Central African Republic after two different army mutinies in the late ’90s, the OCRB evolved into a secret police and intelligence force. They began conducting summary executions of anyone who was suspected of being a bandit, often without evidence. As time went on, less and less was needed to warrant a beating, with one corporal beating a man nearly to death because he looked at the corporal’s girlfriend.

One of the most widely used forms of torture implemented by the OCRB was known as “le cafe.” It involved the prolonged beating of the victim’s feet with a baton or stick. The prisoner was then forced to walk a short distance, an incredibly painful task with their bruised and bloody feet. If they fell or walked too slowly, they were beaten some more. Numerous cases of unwarranted assaults, rapes, and murders have gone unpunished, all without a peep from the French officials who often work with security forces in the Central African Republic. 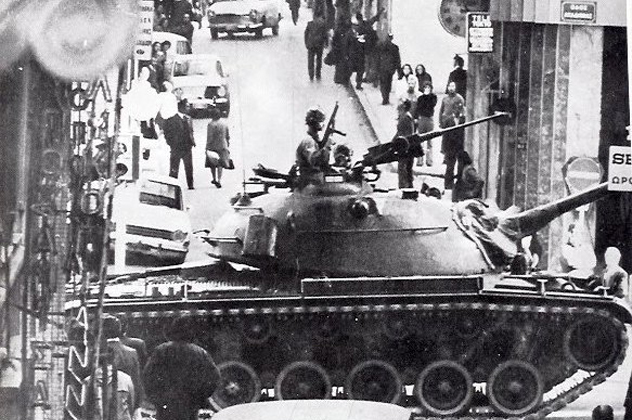 Established in the early 1950s, the ESA didn’t become a feared organization until after the military junta took control of the country after a coup in 1967. Known for their extensive and brutal torture tactics, they pioneered a style of training in which fresh-faced recruits were selected to violently abuse prisoners in order to get them acclimated to their new roles in the military. Given much broader powers by the new leader of the country, the ESA was eventually able to topple the military junta, leading to Turkey’s invasion of Greece.

Dimitrios Ioannidis, the head of the ESA and one of the main members of the original junta, actually turned on his former allies because he thought they were too liberal. In fact, his interrogation headquarters had the following motto on the outside of the building: “He who enters here exits friend or cripple.” Though the ESA rarely caused any deaths with their torture tactics, they were dangerously lax when it came to the healthcare of their prisoners. One doctor, a Dimitri Kofas, was known as “the orange juice doctor” because he prescribed the drink to cure any ailment, even bloody urine which resulted from a patient’s torture. 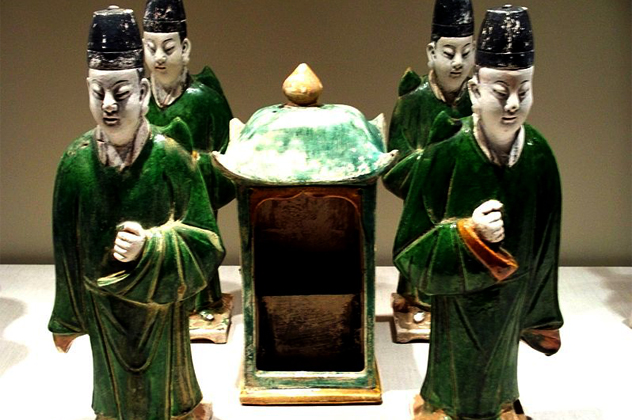 Originating sometime during the Ming Dynasty, possibly as early as the middle of the 13th century, the Jinyiwei started out as bodyguards for the emperor. Zhu Yuanzhang, the group’s founder, also wanted to ensure that his enemies would not take the throne from him. Disbanded a mere decade after their initial formation, the Jinyiwei were reestablished in the beginning of the 14th century when Zhu Di, a usurper, began to fear public retribution. He elevated the Jinyiwei to the highest status in the land, empowering them to go after anyone who threatened his rule.

Translated as the “Embroidered-Uniform Guard,” the Jinyiwei was a massive group consisting of tens of thousands of operatives who interrogated and tortured suspected rebels or criminals. They were also the only ones allowed to go after nobles or members of the emperor’s family. One particularly brutal case involved a trumped-up treason charge against General Lan Yu—the incident led to Yu’s execution as well as the execution of nearly 15,000 people said to have been involved. Most of those killed are believed to have just been disliked by the Jinyiwei. 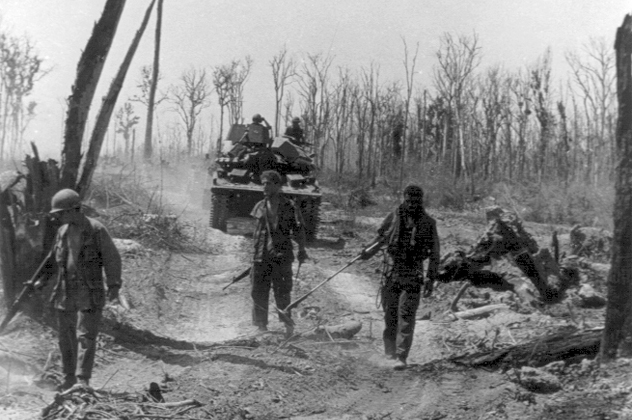 Although their name is a combination of two Cambodian words and a term which translates as “keeper of the peace,” this group was far from peaceful. Implemented by the notorious Khmer Rouge regime in Cambodia, the Santebal were most widely known for their administration of the brutal prison camp known as S-21, where tens of thousands of people were tortured and killed. Later in Pol Pot’s reign, the group eventually became an extermination squad, killing civilians wantonly for the smallest of perceived slights.

During the four-year reign of terror of the Khmer Rouge, the Santebal were extremely active under the leadership of Kang Kek Iew, more commonly known by the name “Comrade Duch.” A thoroughly detailed “investigator,” he kept so many documents detailing the actions of S-21 that he was unable to destroy most of them once it became obvious that the Khmer Rouge had fallen—though he did manage to stay long enough to make sure a few more prisoners were executed just before the Vietnamese arrived. In addition to the torture, evidence was found that the Santebal had also been involved in human experimentation, but the specifics are not known. 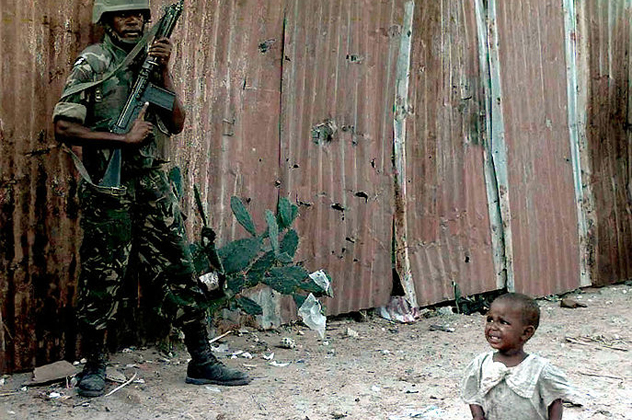 Described on the show Community as having “1,900 miles of coastline, a government that knows its place, and all the guns and wives you can afford to buy,” Somalia is perhaps best known now for its pirates. However, during a 20-year period starting in 1970, the country was home to a brutal secret police known as the NSS, which constantly tortured the “criminals” it apprehended. The worst prison was in the capital of Mogadishu and was known as “The Hole,” a reputation it earned due to the impossibility of escape. Prisoners were subjected to a number of different tortures including something called the Mig, in which the victim was bent over, tied up, and brutally beaten.

The organization has recently been reestablished as the NISA, and it is being funded in part by the CIA. Though not as violent as it once was, prisoners in an underground prison believed to be The Hole are subject to inhumane conditions, with many of them developing rashes because of their disgusting cells. A large percentage of the detainees were taken from nearby countries—such as Kenya—and imprisoned without a trial. 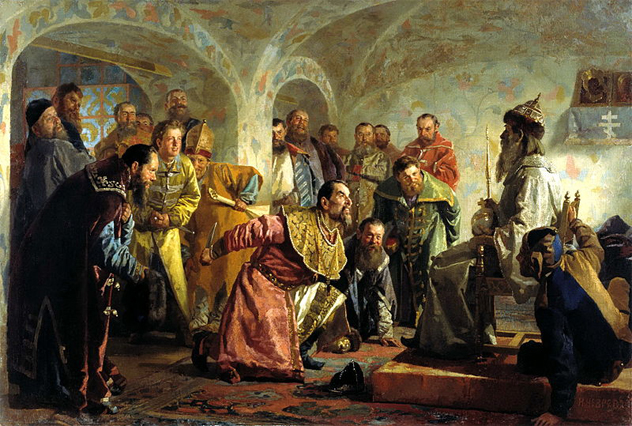 Led by Ivan IV, one of history’s worst rulers, the oprichniki acted like a monastic order and dressed in long black robes adorned with a symbol of a dog’s head and a broomstick. Many of their “judgments” were indiscriminate and random, with the killers leaving tags on the victims’ corpses that detailed the supposed crimes. Described as “children of darkness . . . hundreds and thousands of times worse than hangmen,” the oprichniki existed for about seven years, a reign of terror which resulted in the deaths of tens of thousands of people—many of them innocent civilians.

Perhaps their most damning action was that of the Massacre of Novgorod in 1570. Fearing a rebellion in the city (or an imagined secession), Ivan marched from the capital with his oprichniki in tow. Upon his arrival, the tsar’s men terrorized the city with mock trials, bloody torture, and horrible murders that went on for weeks. Thousands perished as a result of Ivan’s bloodthirsty tirade, diminishing the once-great city to basically nothing. 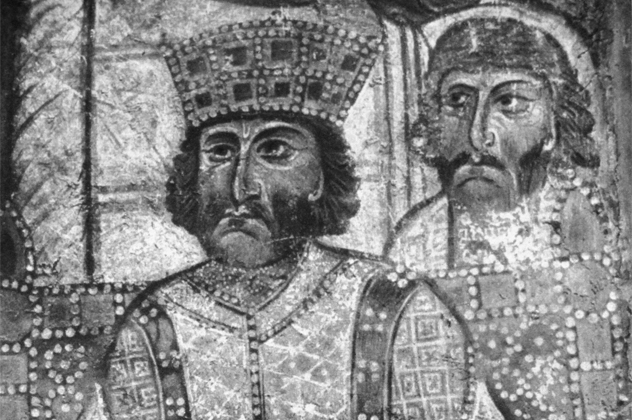 Originally a group of grain (frumentum) suppliers for the military, the frumentarii eventually became a police group in the early second century thanks to their contacts throughout the empire. Watching over the military, the nobility, and anyone else they felt like, the group slowly became hated by the Roman public. Many people feared corruption in their ranks as well as the far-reaching authority which the frumentarii possessed.

As time went on, the frumentarii gradually abused their power more and more, often coming into a city, inventing false crimes, and then demanding bribes from the frightened public. They also performed political assassinations—often at the behest of the Roman nobility—as well as the systematic persecution of the early Christians. Eventually, due to constant public complaints, Diocletian disbanded the group. 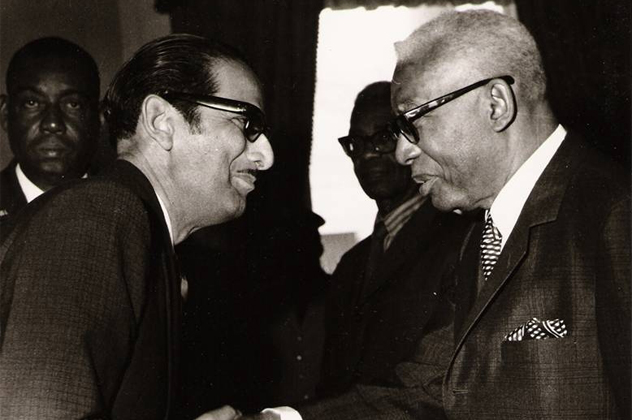 The secret police of Jean Claude “Baby Doc” Duvalier in Haiti, the Tonton Macoutes were given their name to instill fear in the public; “Tonton Macoute” (“Uncle Gunnysack”) is a bogeyman also known as “Sack Man” who kidnaps unruly or disrespectful children and throws them in a bag that he carries over his shoulder. Organized to prevent dissent against Duvalier, they answered only to him and were granted unlimited power to deal with his “enemies.”

For a number of years, the head of the Tonton Macoutes was Luckner Cambronne, a man so vile that he was given the nickname “Vampire of the Caribbean.” He quickly climbed the ladder of the group, profiting off the sale of corpses to the United States. He would even kill innocent civilians if he ran low on bodies. He was so loyal (as many of the Tonton Macoutes were) that he once stated that a “good Duvalierist is prepared to kill his children (for Duvalier) and expects his children to kill their parents for him.” Though technically disbanded, their years of constant surveillance, torture, and murder have left a lasting imprint on Haitian politics and society.