As they say, history is written by the victor. No example of this is more true than the Second World War. Although many are quick to paint the Allies as heroes, many forget the large number of Allied war crimes committed against the Axis powers.

Some may justify Allied actions by arguing that Nazi and Imperial war crimes, and crimes against humanity, were far, far worse – but this is at best hypocritical. A crime is a crime, regardless of the circumstances – a murder is still a murder, a rape is still a rape, and by ‘justifying’ such actions you become equal to that of which you scorn.

The following list documents ten cases of Allied war crimes during WWII, ranging from the small, to the unjust, to the horrendous. 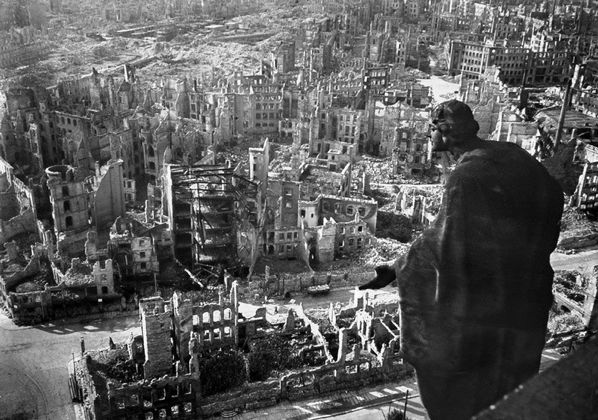 Throughout the war, almost all Allied nations carried out air raids on non-military, civilian targets. A tactic used by both sides primarily to destroy morale – most notably as part of Nazi Blitzkrieg – most air raids on civilian populations were little more then revenge attacks. During the last years of the war it started to posses a tactical purpose, when the Germans began to fortify and hold up within cities as they fell back. This does not forgive the indiscriminate murder of civilians earlier in the war, however. 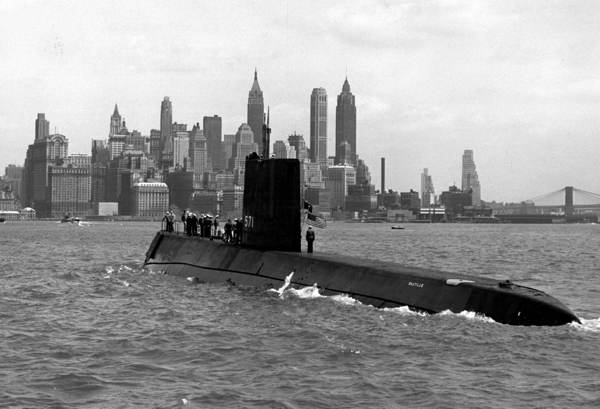 Having received intelligence that a fleet of German U-Boats armed with V-1 Flying Bombs were heading towards Eastern coast of America, the U.S. and Canada sent out a large anti-submarine task force comprised of some 42 destroyers and four aircraft carriers to neutralise the threat. Over the course of a month, the fleet sank five German submarines and captured two others, while suffering the loss of one destroyer.

But this entry concerns the treatment of five crew-members from the U-546, who were brutally interrogated in order to quickly extract information concerning a possible missile attack on the eastern coast. One officer who was tortured committed suicide whilst in custody. Were the American torture methods justified? You decide – but bear in mind that the fears later turned out to be unfounded. 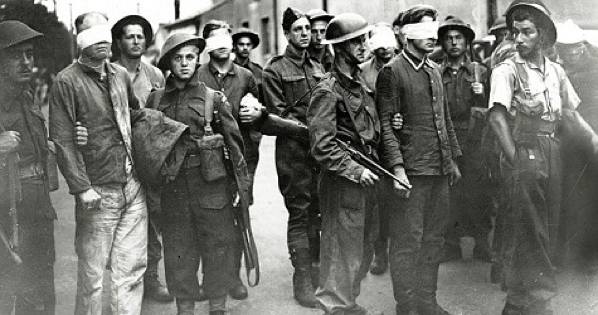 Housing the London Cage, Kensington Palace Gardens in London witnessed its fair share of war crimes during the Second World War. The Cage was essentially a set of cells and rooms used to hold and interrogate captured members of the Schutzstaffel and Gestapo. Everything from starvation and sleep deprivation to brutal beatings was practiced within its walls. to extract information and, in some cases, confessions.

Though undeniably a war crime, no participants were ever prosecuted. The British government, for the most part, turned a blind eye to the abuse – despite multiple complaints from various parties – arguing that it was justifiable given the situation. 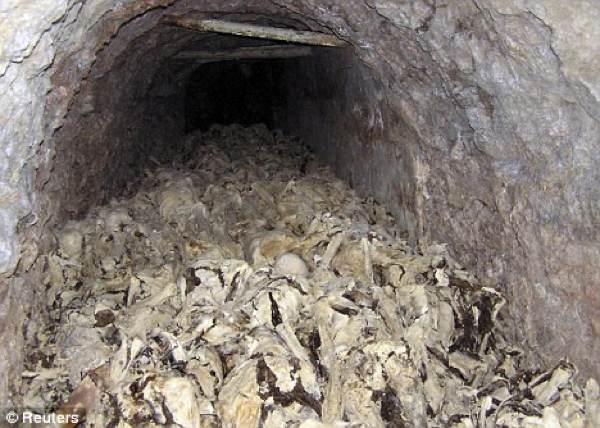 Committed during May of 1945, the Kocevski Rog Massacre describes the systematic murder of members of the repatriated Slovene Home Guard and their families by Allied Yugoslaw Partisans. During this period, up to 12,000 people were thrown into pits, caves and crevices which were subsequently sealed using explosives. No one ever faced prosecution for this atrocity. 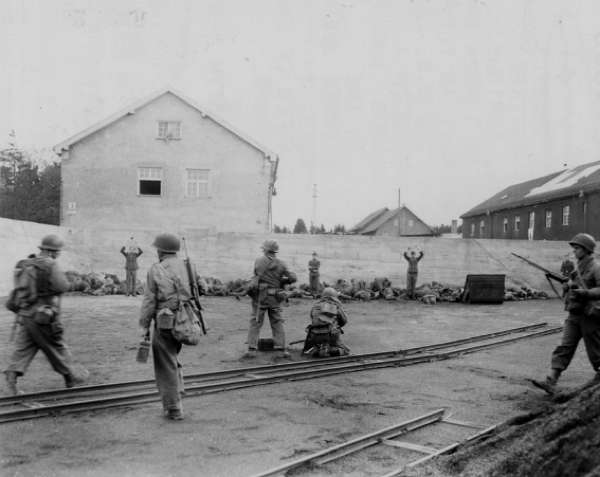 As American soldiers approached Dachau concentration camp, they bore witness to thousands of highly decomposed bodies sitting in open top freight carriages. Because of this, it can hardly come as a surprise when American soldiers summarily executed captured – and unarmed – SS guards, purely out of rage. Prisoners, too, were said to have beaten as many as 50 guards to death in retaliation for their treatment.

Unfortunately, the guards who operated the camp and carried out most of the atrocities for the majority of the war had fled many days beforehand, and were replaced with members of the Waffen-SS, whose sole purpose was to surrender the camp to the Allied force without resistance. Thus, the men were unjustly executed for crimes they did not commit. No one was ever court-martialed for the massacre. 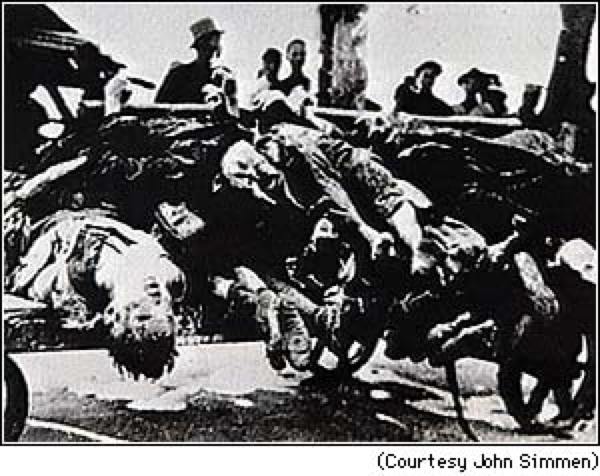 It’s widely accepted that the Second Sino-Japanese war was perhaps one of the most brutal conflicts ever to have occurred in human history. With a history of intense rivalry and conflict, little mercy was shown from either belligerent during this eight year long war. Although the Japanese were guilty of crimes that bordered on genocide, the Chinese, too, are reputed to have committed their fair share of war crimes.

Unfortunately, due to the volatile and vicious nature of the war, there was practically zero press on the ground to provide concrete evidence of atrocities (the photograph above, taken by Tom Simmen, is one of the few to have surfaced). Survivors, however, reported mass looting and pillaging, summary execution, and torture of POWs and Chinese civilians believed to have been collaborating with Imperial Japan – as well as mass rape within occupied settlements – to name but a few. 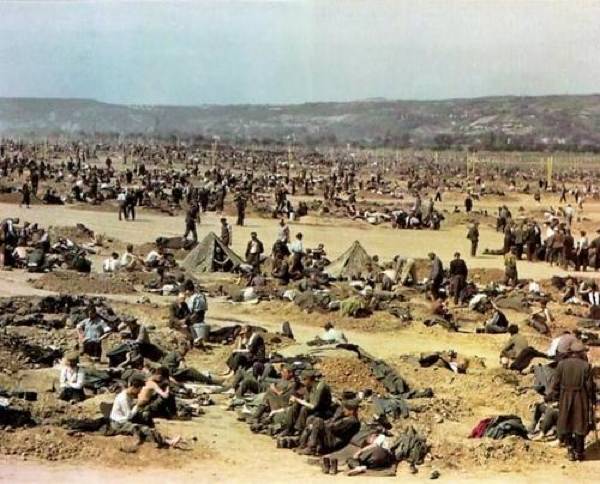 The Prisoners of War Temporary Enclosures, or Rheinwiesenlager, were a collection of 19 U.S.-built prisoner of war camps constructed to hold German POWs during the Allied occupation of Germany. At the program’s height, the camps held up to two million prisoners, although the precise number of individuals imprisoned is unknown due to poor record keeping.

Due to the sheer size of these camps, the Allies struggled to provide enough supplies for all the prisoners, which resulted in thousands of deaths. Typical estimates put the number of deaths from starvation, exposure and dehydration at up to 10,000. This figure has been heavily debated, however, with some researchers placing the death toll in the hundreds of thousands.

Regardless, these deaths would have been classed as a war crime under the 1929 Geneva Convention if it wasn’t for the fact that Eisenhower ordered the prisoners to be classed as Disarmed Enemy Forces, in order to circumvent the treaty. 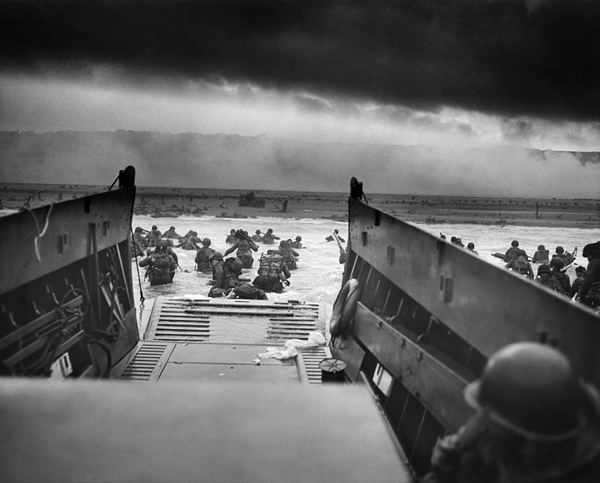 Once the Allies stormed the beaches of Normandy and began to capture large swathes of occupied land, they had a problem: what to do with the thousands of captured POWs? Instead of shipping them off to camps, many were simply executed where they stood to save time and resources which were much needed on the western front. For many of the dead, their only crime was being German.

There is much worse, however. Although the veracity of the testaments is highly debated amongst historians, there were reports of the Allies using captured German soldiers as human shields – forcing them to walk through minefields to clear the way for advancing allied forces, and marching them headfirst into German encampments to avoid defensive gunfire.

The exact number of soldiers executed or killed after surrender is unknown, as the fatalities for the most part resemble normal war-time deaths. 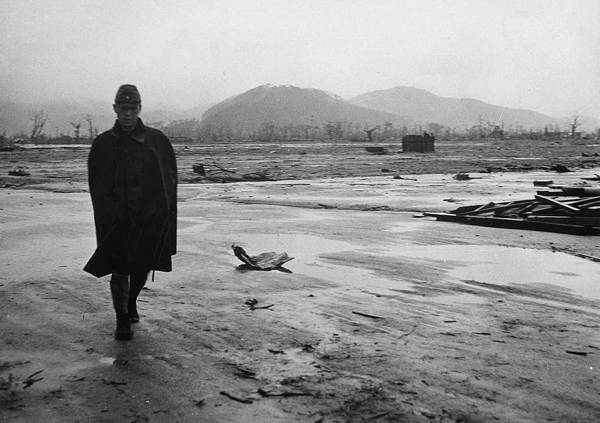 Though born out of desperation and perhaps necessity, the U.S. bombing of Hiroshima and Nagasaki is, arguably, a war crime. It is claimed that such drastic measures prevented the need for a land invasion of Japan, and the potential deaths of millions of individuals.

But this ignores the fact that the majority of deaths arising from an invasion would have been military combatants, rather then civilians. The Geneva Convention (and in particular the 1977 amendment: Protocol I) explicitly declares that the indiscriminate targeting of non-combatants, such as civilians, is a war crime. Given that the use of nuclear weapons on civilians populations today would be considered a war crime, as well as a crime against humanity, I can see no reason why one would not consider the 1945 bombing of Hiroshima and Nagasaki a war crime. 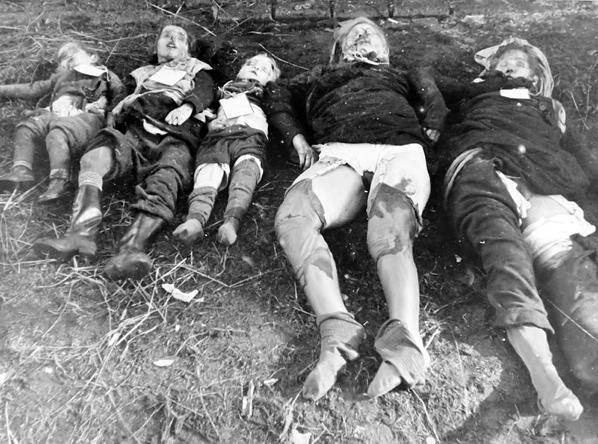 After the fall of Berlin, Germany was in ruins. Occupied by millions of foreign troops, none of whom had complete control over any given entity, Germany quickly descended into anarchic lawlessness. It is believed that the Soviet Army alone was responsible for the rape of up to two million women and children, as well as the subsequent death of 240,000.

Claimed to be the largest mass rape in history, many unfortunate victims were assaulted up to a hundred times, and often could not resist in the face of overwhelming Soviet numbers.

For the most part, these atrocities were driven by the lust for revenge, although in many cases it was simply because the Soviets saw themselves as conquers, not liberators. Stalin himself was reputed to have said that people should be understanding, “if a soldier who has crossed thousands of kilometres through blood and fire and death has fun with a woman or takes some trifle.”

It wasn’t just the Soviets who were accused of this crime, however: it is believed that the US was responsible for over 11,000 rapes, while the French have been accused of over 1,500. This is clearly not on the same scale as the Soviets – but it doesn’t make it any less terrible.