Languages are human creations, and as such, they have a life cycle. Some “dead” languages have evolved into others, and they survive in that sense. Others vanished without a trace, and we may not even know exactly how they were spoken to this day.

English, Russian, Farsi, Bengali, Albanian, and Kurdish, among many others, all have roots in the Proto-Indo-European (PIE) language, which has been reconstructed by tracing the history of its descendants. It helps that those descendants comprise the most prolific linguistic family in the world.

The only problem is that PIE is so ancient that it predates writing, so much of our knowledge about its phonetics and lexicon are based on educated guesses. There are even three phonemes that we still don’t know how to pronounce. These are sounds not present in most other Indo-European languages, so the most accepted hypotheses liken them to certain phonemes present in Arabic. As controversial as it is, PIE remains an influential language as the common heritage of all who speak modern Indo-European languages. 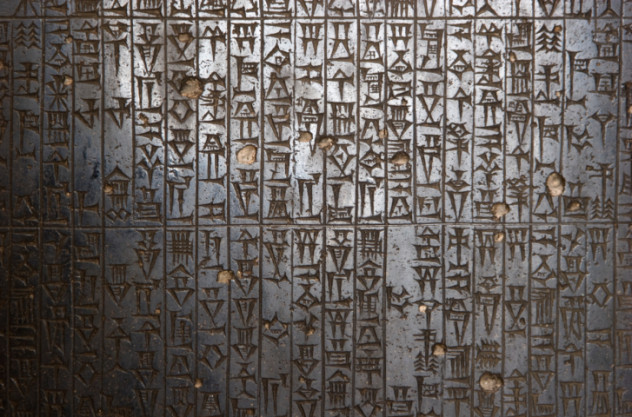 Not to be confused with the Indo-European Hittite, this language of uncertain affiliation is so obscure that we don’t even know what the Hattians called it. We call it “Hattic” because of the way the Bible refers to the people, and as such, it is probably a term of Egyptian or Assyrian origin.

The Hattians were inhabitants of the Anatolian plateau, in what is now Turkey. Their language was probably lost after they assimilated with the Indo-European people who invaded Anatolia. There have been attempts to link Hattic to Caucasian languages—such as Abkhaz, Ubykh, and even Georgian—but evidence remains elusive, mainly due to the scarcity of texts written in the language. Another troubling factor is the cuneiform alphabet used by these languages, which doesn’t render some unique Hattian sounds very well. 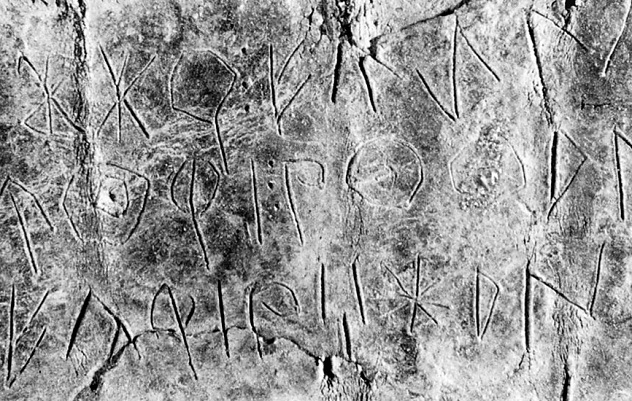 The origins of the language spoken by inhabitants of the Iberian Peninsula (modern-day Spain and Portugal) before the Roman conquest are still unclear. Some link them to Berber languages, others to modern-day Basque, and still others maintain that it was Celtic. Even wilder hypotheses have been proposed, linking Iberian to Etruscan or even Caucasian languages.

This language was written in not just one alphabet but three variants of a Phoenician-derived script. The most elusive script is the Southwestern variant, also called Tartessic, since it is thought to have been the language spoken in the kingdom of Tartessos mentioned by Herodotus. Iberian died with the Roman takeover of the country, but some place names and words are thought to have survived in modern Spanish. 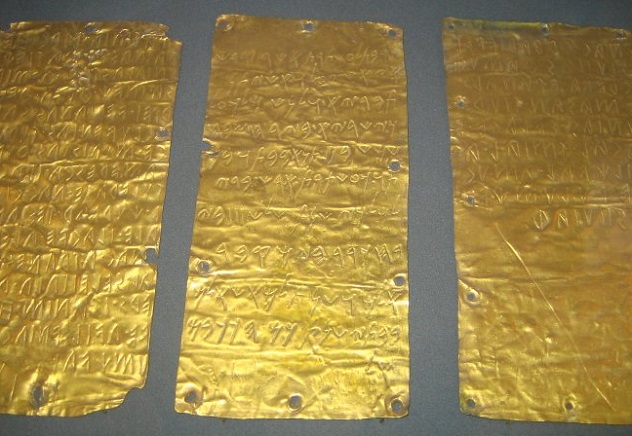 The last alleged fluent speaker of the Etruscan language was Caesar Claudius, who compiled a history of the Etruscans that has been unfortunately lost. It was a sad but proper end for the language that had dominated central Italy for centuries in fierce competition with Latin.

Much of the difficulty of reconstructing Etruscan is its isolation and the scarcity of texts longer than short inscriptions. The only one found so far is a linen book that was reused as wrappings for a mummy. What we do know is that the Etruscans developed their own alphabet based on Euboean Greek and had an elaborate literary tradition, but since it has been lost to history, much of it is open to speculation. They also gave us place names such as Rome, from the age when the Etruscans ruled over the Latin. 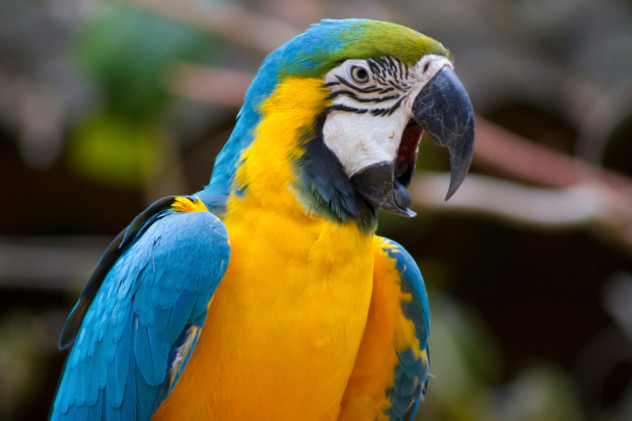 Maypure was spoken by a tribe of indigenous people in the Orinoco Basin, in lands that are part of modern-day Venezuela. They were exterminated by a rival Carib tribe, but their language survived thanks to the works of the great German naturalist Alexander von Humboldt, who collected the words from a Maco native who knew Maypure.

Bizarrely, a rumor soon spread that the language was an extinct tongue preserved by the parrots that were owned by the dead natives and their descendents. The rumor actually became something close to reality when conceptual artist Rachel Berwick, inspired by the legend, taught the language to some parrots. David Crystal used the legend to illustrate the phenomenon of language death. 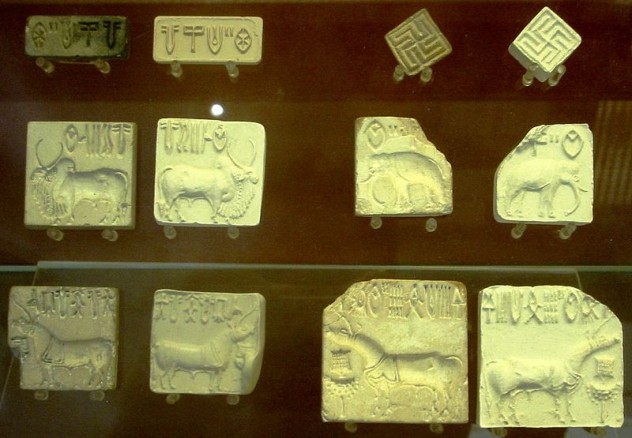 At its peak, the language of the Indus Valley civilization in the modern-day Middle East is estimated to have been spoken by over five million people. This surprisingly modern society, which had working plumbing and sewer systems and a complex economy, lasted from approximately 3300–1300 B.C.

The language, as well as the Indus Valley civilization, entered a period of decadence that is still unexplained, leaving its script undeciphered with no known descendants. Relations to Indo-European and Dravidian language families, among others, are still controversial, mainly for political reasons. Hindu nationalists are strong supporters of the Indo-European hypothesis, whereas Tamil nationalists endorse the Dravidic hypothesis, as Tamil is a Dravidic language. 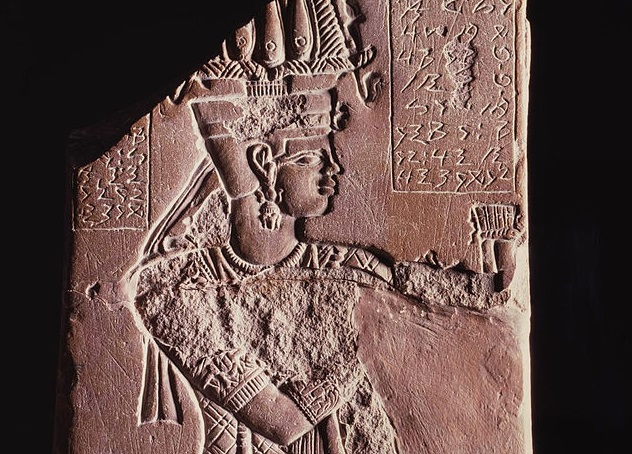 Meroitic, also called Kushitic, is the language of the old Nubian civilization of Kush in modern-day Sudan. It is mainly known through Egyptian sources and obviously influenced by Egyptian culture, but Kushites developed their own script distinct from hieroglyphs or Demotic.

Although the script was deciphered in 1911, it seems to be impossible to translate. Attempts to link it to modern Sudanese languages, chiefly from the Afro-Asiatic and Nilo-Saharan families, have been largely futile. These links remain controversial, but if it really is a Nilo-Saharan language, it would be the oldest in the family to have developed a script and literary tradition. 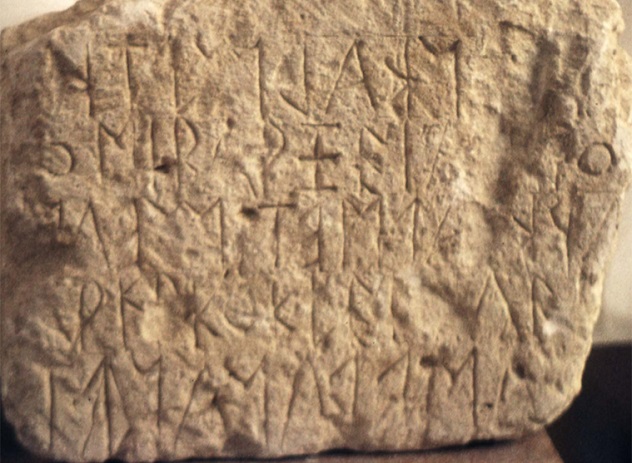 We’ve previously mentioned the Minoans of Crete, an island in modern-day Greece, and their Linear A language. Eteocretan was most likely the language of the people who wrote the Linear A and the Cretan hieroglyphics. At the very least, it is definitely a direct descendant of Old Minoic.

Since there have been no successful attempts to decipher the Eteocretan alphabet, no relations to modern languages can be established, and the language is a baffling puzzle to linguists and archaeologists. The few clues we do have all lead to dead ends. There have been attempts to link the Phaistos disk to Eteocretan, but they were unsuccessful. A likely offshoot of Eteocretan, called Eteocypriot, has been identified, but it is also extinct. 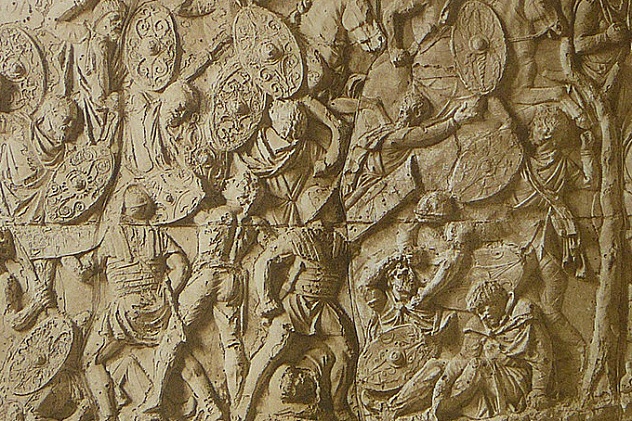 The land of Dacia, which corresponds roughly with modern-day Romania, was the cradle of a warrior culture that was conquered by the Romans during the reign of Emperor Trajan in the first century A.D. Although the Romans did not eradicate the language, the inhabitants of Dacia and Moesia adopted Latin. Though some place names and Romanian words appear to originate from Dacian, the language was extinct by the sixth or seventh century.

The Dacians spoke some variety of Indo-European language, but most of it has been lost. It is very difficult to reconstruct, since only one inscription has survived. Attempts have been made to link Dacian to Thracian or Phrygian languages and even to modern-day Albanian, but it seems clear that Albanian is a descendant of Illyrian, leaving Dacian a dead branch of the Indo-European tree. 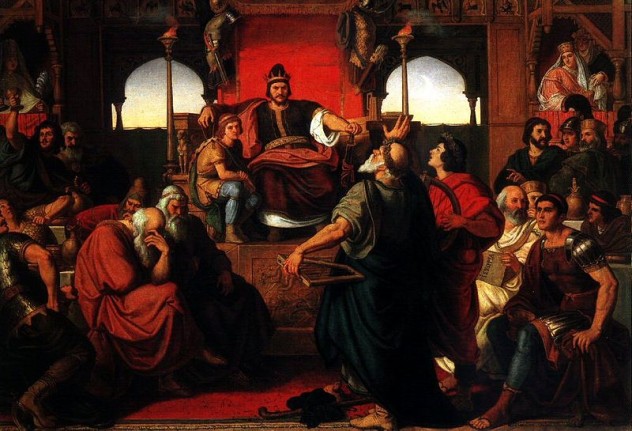 You would think that setting most of Europe and a good chunk of Asia ablaze, bringing the Roman Empire to its knees, and earning the moniker of “God’s scourge” would be enough to interest people in at least understanding your language. Unfortunately, the Huns didn’t bother to put their language into writing. Only a few words survive, having been collected by Roman scholars. As such, there is an ongoing debate about how to reconstruct the language spoken by the Huns.

The prevailing hypotheses link the Huns to the Xiongnu nomads that were the northern neighbors of the Han Chinese. Like the Huns, the Xiongnu were probably illiterate, and all we know about them was recorded by their settled neighbors, who were terrified of them. It is still debatable whether Hunnic was a Turkic, Altaic, Indo-European, or even an isolate language, despite the popular opinion among Hungarians that they are related to the Huns.