Though unthinkable for those of us in the present day, with our ability to digitize everything, there was a time when movies could only be saved in physical form. Because of this, coupled with production companies’ shortsightedness and the frailty of early film, many of the earliest movies have been lost to us. Here 10 of the most sought-after lost films.

10 The Fairylogue and Radio-Plays 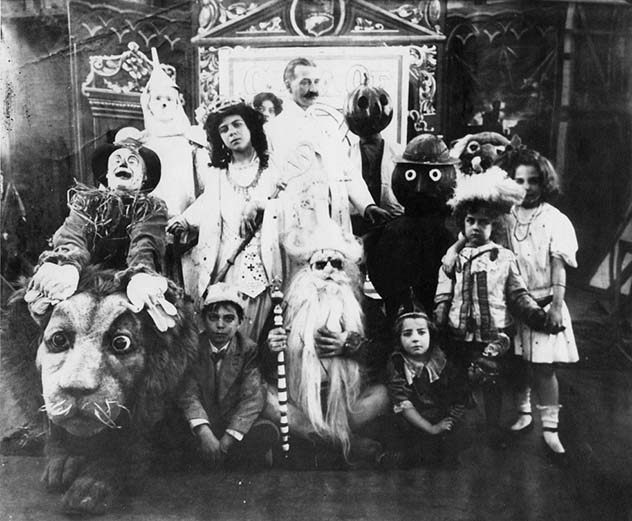 Conceived by L. Frank Baum as a travelogue of sorts, designed to take you to the Land of Oz, The Fairylogue and Radio-Plays debuted on September 24, 1908. As a whole, it could be best described as a mixture of a live-action play, a slideshow, a lecture and a film presentation. One of the earliest attempts to translate Baum’s vision to the silver screen, it was produced by the Selig Polyscope Company of Chicago.

Though some of the film scenes are said to have been incorporated in to later movies which Selig produced, it is widely believed everything is lost. Critically acclaimed during its two-month run, the performance was just too expensive to turn a profit, even with the tickets as pricey as $1 per show. Faced with the prospect of a failed show and creditors banging down his door, Baum sold the rights to three of his books to the Selig Polyscope Company, who managed to make another lost film: The Wonderful World of Oz.[1] 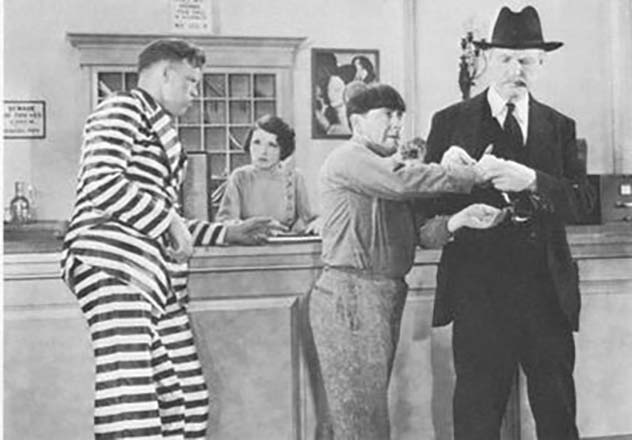 More of a short than a full-length movie, with a running time of only 18 minutes, Jail Birds of Paradise was released on March 10, 1934. One of the earliest depictions of the slapstick comedy for which they would become world-famous, the film takes place in a prison, one in which the warden’s daughter had begun to run amok. While her father was gone, she turned it into a luxury hotel of sorts, with the prison guards forced to perform any number of menial tasks.

We’re introduced to Moe Howard first, playing an axe murderer coming from Leavenworth Federal Penitentiary. A toupée-wearing Curly Howard shows up a little later, the mastermind of a bald cure scam amongst the other prisoners. By the end of the movie, a fight breaks out between the prisoners, with gunshots echoing throughout the jail.[2]

8 The Story of the Kelly Gang

While not entirely lost, as 17 minutes of its runtime exists as of today, The Story of the Kelly Gang still belongs on this list. Recognized as the world’s first feature-length narrative movie, more than 40 minutes from this infamous Australian film remains missing. Incredibly successful right from the start at its release in 1906, it tells the story of Ned Kelly, an infamous Australian criminal, and his merry band of miscreants.

Various small fragments, some only a few frames’ worth, were uncovered over time; however, the largest single piece was brought to the light in 2006, during research performed by the National Film and Sound Archive of Australia. In another lucky break, programs which contained scene-by-scene breakdowns were provided at showings of the film; these provided researchers with valuable information with which to order the few bits of film available to them.[3] 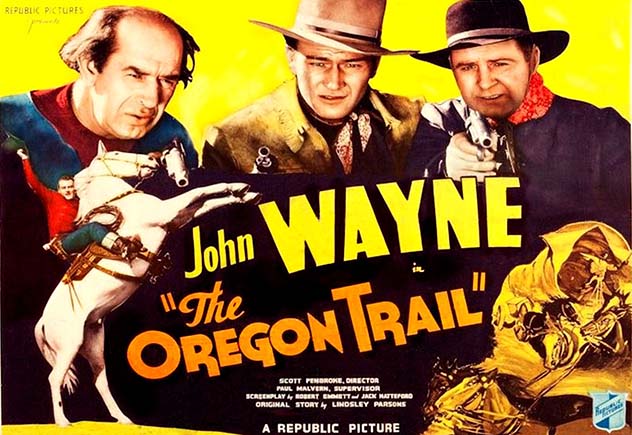 Having appeared in over one hundred and seventy films, John Wayne was one of America’s biggest box office draws of all time. However, even with that level of stardom, he is not immune to the vagaries of film history. One of his earlier films which was lost to us is The Oregon Trail. Released in 1936, it tells the story of John Delmont, a veteran who, upon realizing his father was murdered, vows to hunt down his father’s killer.

Though Wayne would eventually be propelled to being a household name, that wouldn’t happen until 1939, in John Ford’s Stagecoach. So, after its theatrical run, all known copies of the film just disappeared. In a silver lining of sorts, a fan of Wayne’s ordered some memorabilia in 2013. Included in his purchase were the negatives of 40 photographs known as movie stills, presumably sent by mistake. For movie buffs, they provide insight into the early career of one of Hollywood’s most famous cowboys.

Who knows? It might turn up someday as another of Wayne’s film was believed lost as well. A copy of Baby Face turned up in the US Library of Congress in 2004.[4]

Most likely unknown to most Western countries, Alam Ara holds a significant place in the legacy of Indian cinema: released on March 14, 1931, it was the first “talkie” in the country’s history. A love story between a female gypsy and an Indian prince, Alam Ara introduced the basic structure which seems to dominate Bollywood to this day. The songs featured in the film became widely successful hits, as did the film itself.

As early as 1967, there were no known copies of Alam Ara left in the world; although, there may have been a copy lost in a 2003 fire at the National Film Archives of India, a tragedy which claimed copies of other landmark films of Indian cinema. Luckily, those movies could be found in private hands; Alam Ara would not be so lucky and all that is left of it are a handful of movie stills and posters.[5]

5 Saved from the Titanic 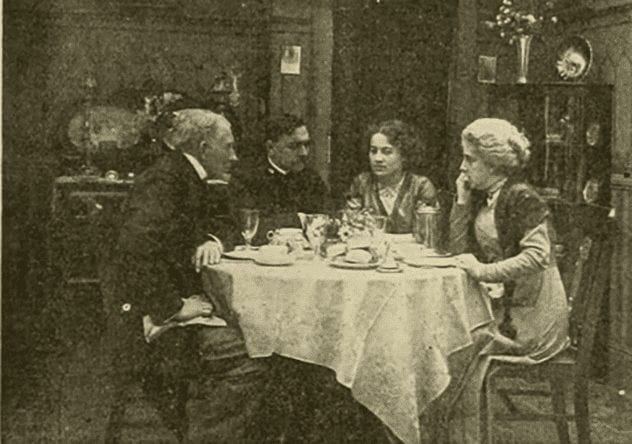 A relatively nondescript actress during the silent film era of American cinema, Dorothy Gibson is best known for a weird coincidence. She starred in Saved from the Titanic, a film released a mere 29 days after the tragic sinking and, unsurprisingly, the first one about the event. The coincidence: Gibson herself was on the Titanic and was on the very first lifeboat launched after it struck the fateful iceberg.

Co-writing the film at the behest of her employer, the French film company Éclair, Gibson was seemingly forced to relive a lot of the tragedy she had just narrowly survived. In fact, she allegedly wore the same clothes she had been wearing when the Titanic went down. Playing a fictional version of herself, Gibson is set to marry a Navy ensign named Jack. Faced with a traumatized daughter, Gibson’s mother tells Jack he needs to choose either the Navy or her daughter. Choosing the Navy, Jack is surprised when Gibson’s father gives him her hand anyway.

With the last known copy destroyed in a fire at Éclair Studios in 1914, Saved from the Titanic will probably be lost forever, with only a few production stills remaining. As for Gibson, she purportedly suffered a mental breakdown and retired from acting shortly after.[6]

4 The Carpet from Bagdad 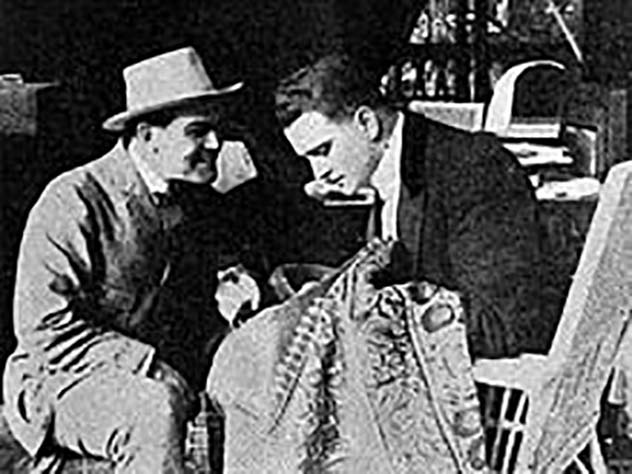 Produced by the prolific silent film company the Selig Polyscope Company, The Carpet from Bagdad tells the story of a precious, even sacred, Iraqi carpet. A group of international thieves plot to steal it from the mosque which houses it and sell it to an antique dealer, who ends up falling in love with the daughter of the head of the crooks, played by Kathlyn Williams.

Relatively well received upon its release, the movie nevertheless fell victim to the same fate as nearly all of Selig’s films: it disappeared. Out of the hundreds of movies they produced, very few managed to survive and The Carpet from Bagdad was not one of the lucky ones. Perhaps the oddest twist involves the only surviving reel we have: it was salvaged from the wreck of the infamous RMS Lusitania in 1982. As for why it was on the ship, it was probably being brought to the UK for a potential release.[7] 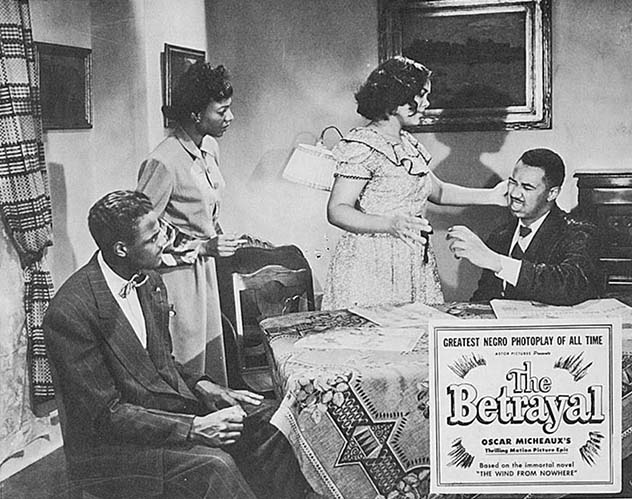 Directed by one of the earliest black American directors, a man named Oscar Micheaux, The Betrayal was his final film and, unfortunately, it was also one of his worst, being widely panned by nearly everyone. Seen as the Tyler Perry of his day, Micheaux released at least one black-centric film a year for over two decades.

The Betrayal was adapted from his own novel, a book which itself drew from Micheaux’s first film The Homesteader. Telling a well-worn story of self-sufficiency, love and treachery, it was a big-budget movie, largely financed by Micheaux himself. When it flopped, it was so financially devastating he was forced to go on a book-selling tour, a decision which eventually led to his death.

One small piece of alleged trivia: the reason we don’t have any copies of The Betrayal is that Micheaux’s wife, Alice Russell, destroyed all the copies because she was distraught over his treatment at the hands of the press.[8] 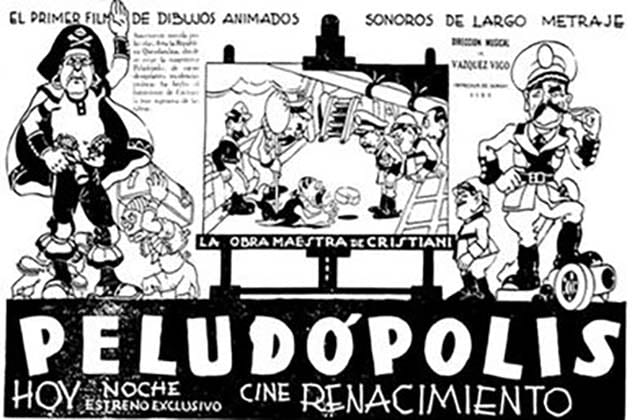 Widely considered the first animated feature film with sound, Peludópolis is an Argentinian film from 1931, a satirical look at the political atmosphere of the time. Quirino Cristiani, the director and main animator, had a target in his eyes: Hipólito Yrigoyen, the president of Argentina at the time production began on the film. However in 1930, with the movie nearly three-quarters complete, Yrigoyen was deposed in a military coup, an event which sent Cristiani scrambling.

The film was changed, mainly the ending, and it was premiered in 1931, with the temporary president installed by the military in the audience for the showing. The old president was still shown as a corrupt politician and the generals were featured as liberators. Though critics received it relatively favorably, the public did not care for it, often finding the situation too serious to laugh at. Faced with financial difficulties of such a failure, and with Walt Disney’s reach finally making it to Argentina, Cristiani retired from full-length animated filmmaking.[9] 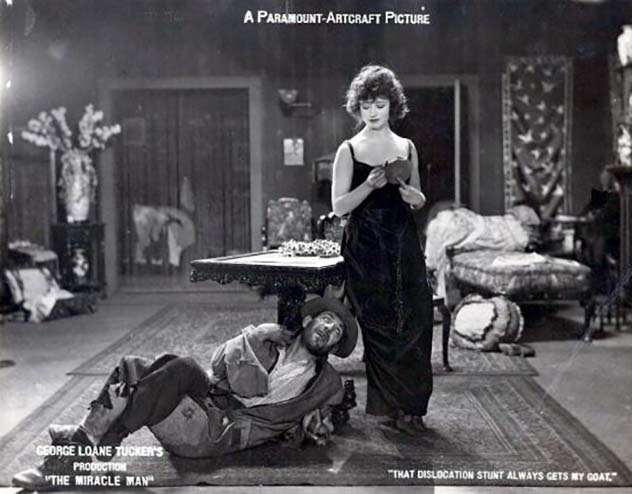 Though Thomas Meighan and Betty Compson were stars in their own right, the biggest star to emerge from this film was Lon Chaney, the “Man of a Thousand Faces”. In The Miracle Man, Chaney played a con man known as The Frog, pretending to have a crippling physical disability in order to con a blind faith healer. However, prolonged exposure to the man known as the Patriarch changes Chaney and the other members of the gang, causing them to go straight.

Despite being an incredible success, costing $120,000 to make and grossing more than $3,000,000, no copies of The Miracle Man have made it to the present day. A few small clips survived, with the scene where Chaney is “healed” of his affliction being chief among them.[10]

Thanks to our reader Gu who commented below, I wanted to add a bonus item to this list. This film was directed by William Selig (the director of item 4 above) in 1898 and was lost. But in this case it was recovered in 2018! The film is particularly interesting historically as it is the first film featuring black Americans in a non-caricatured form, though Selig had previously filmed a number of minstrel shows.

The two actors, Saint Suttle and Gertie Brown (both born 150 years ago!) do a brilliant job conveying a sense of passion for each other. They actually performed as dance partners but were not a couple. What an amazing bit of luck it is that this historic work was recovered, and what amazing quality it is!

For more lists like this, check out 10 Lost Films We’ve Finally Found, and 10 Lost Libraries And The Mysteries Of Their Contents

10 Movie Robots Who Would Pass the Turing Test