Over time, plenty of place names have become attached to food. For example, Hamburg got the hamburger and Brussels got the Brussels sprout. But more rarely, a person’s name would be immortalized in cuisine. Listverse wrote about eggs Benedict and others in a previous list, but there are more! 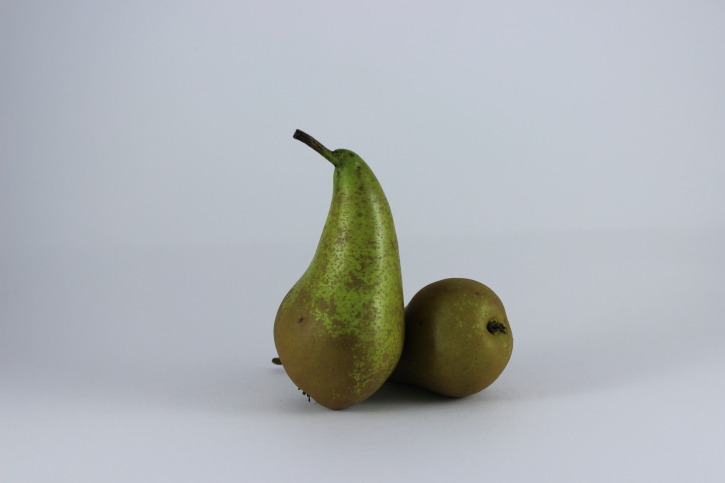 Outside of Asia, the most common variety of pear is the Williams pear, a special offshoot of the European pear tree species. It’s named after Richard Williams, who raised the trees in his nursery and spread them across England. It’s said that the first ones came from the yard of a schoolmaster in the village of Aldermaston.

An American named James Carter (not the peanut-farming President) brought several Williams pear trees to the United States. They were planted on land owned by Thomas Brewer in Roxbury, Massachusetts. That land ended up in the hands of one Enoch Bartlett, who sold the pears and spread them across North America. Maybe he didn’t know they already had a name, or maybe he just ignored that minor fact, but he called them Bartlett pears and the name stuck. It’s what North Americans call them to this day. 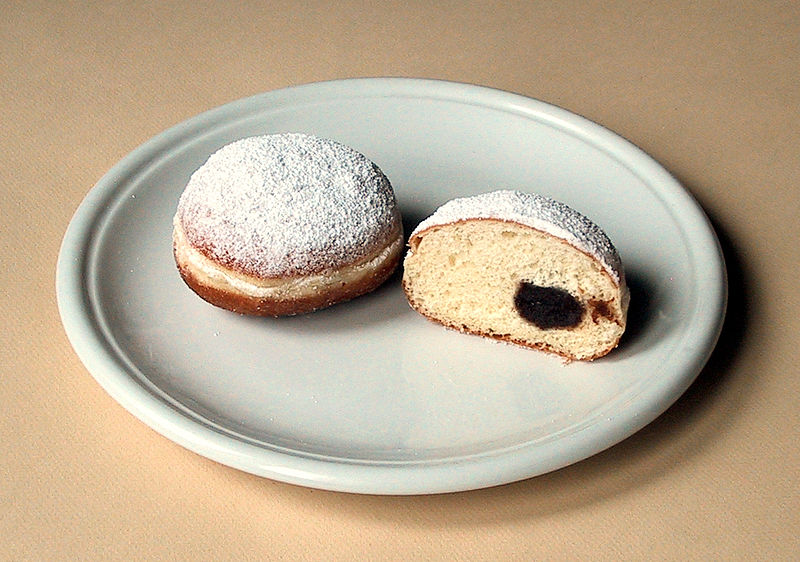 Jelly-filled doughnuts (with no doughnut hole) originated in Germany, where they were traditionally eaten to celebrate New Year’s Eve and the carnival days before Lent (Rose Monday and Shrove Tuesday). They’re usually frosted with icing, topped with whipped cream, or sprinkled with sugar. The filling could actually be jelly, jam, chocolate, custard, or something else.

German immigrants brought many of their traditions to North America, including the jelly-filled doughnut. Some North Americans call them Bismarcks (or Bismarks). Other North Americans call them jelly doughnuts or jam busters. There’s no known record of how the word Bismarck was first applied to the snack, but Otto von Bismarck was a world-renowned German in the 1800s. He was first Chancellor of Germany, and many American things were named after him, including the capital of North Dakota.

There’s also an entirely different food known as a Bismarck! That would be the Dutch baby pancake, a sweet, light, hollow roll (popover) normally served at breakfast. Despite their name, they were invented by a restaurant in Seattle. 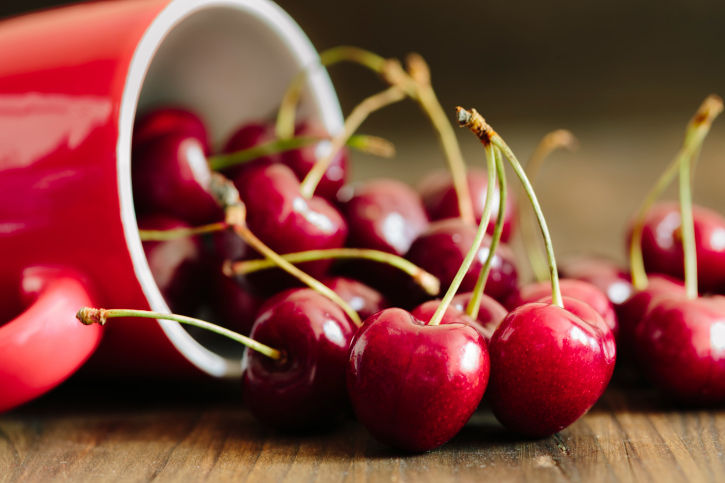 Ah Bing was born in Manchuria, China in the first half of the 19th century. He eventually traveled to America and around 1855 he found work in the orchards of the Lewelling family near Milwaukie, Oregon. Over time, he became a foreman, overseeing 30 other workers.

Seth Lewelling, the brother of the original orchard founder, was a horticulturist who was very good at developing new varieties of cherry. In 1860, he grew the first Black Republican cherry tree (the name sounds strange now, but meant something different then). In 1875, a Black Republican planting produced a promising seedling—the cherries were so big that some people mistook them for crabapples! Seth named the new variety the Bing cherry, after his foreman.

Over time, the Bing cherry became very popular, and it’s still the most produced variety of sweet cherry in the USA. In 1889, Ah Bing returned to China to visit his family. The US government’s Chinese Exclusion Act of 1882 prevented him from returning to America. 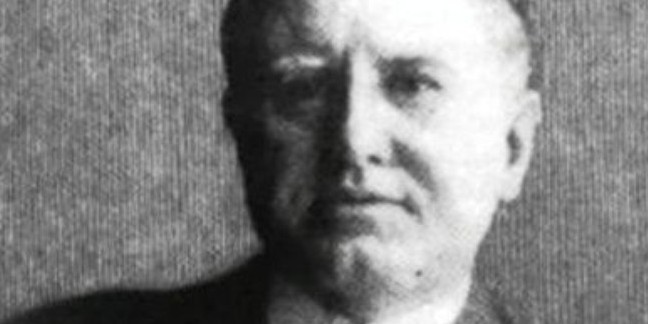 The Oh Henry! is a candy bar containing fudge, peanuts, and caramel. It’s made by Nestle in the USA and by Hershey in Canada (the two versions are actually a little bit different). The official history (from the Nestle and Hershey Canada websites) says that the original Oh Henry! bar was introduced in 1920, by the Williamson Candy Company of Chicago.

“The bar was named after a boy who used to come into the Williamson Candy Company factory to flirt with the girls making candy. Every time the girls needed to have something done, they would call ‘Oh Henry!’ ”

Aww, how sweet. Is it true, though? There are other stories. One says that George Williamson (the founder of the candy company) enjoyed the short stories of William Sydney Porter, who wrote under the pen name O. Henry. Another story says the candy bar was originally developed by, and named after, Tom Henry, a candy maker who would help others improve their candy bars. One thing is certain—it wasn’t named after King Henry VIII. 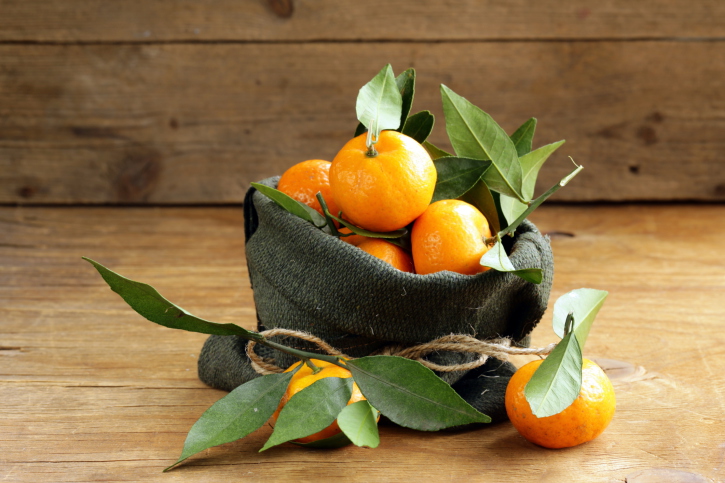 Vital Rodier was born in central France in the early 19th century. In 1859, he traveled to northern Algeria and joined the Brothers of the Annunciation, a Catholic organization of which his uncle was already a member. He became Brother Marie-Clement. The brotherhood ran an orphanage, which Rodier helped to manage.

The orphanage included a large farm, and Brother Marie-Clement soon took a keen interest in horticulture. At some point, he either developed or discovered a new variety of citrus fruit (it may actually have originated in the Orient). The French botanist Louis Trabut noted the new variety and recommended it be called the Clementine in honor of Marie-Clement.

Clementines are also sometimes called Christmas oranges, because their peak season is November through January. They were once thought to be a hybrid of a mandarin and a bitter orange, but modern genetic studies have confirmed that they’re a hybrid of mandarins and sweet oranges. 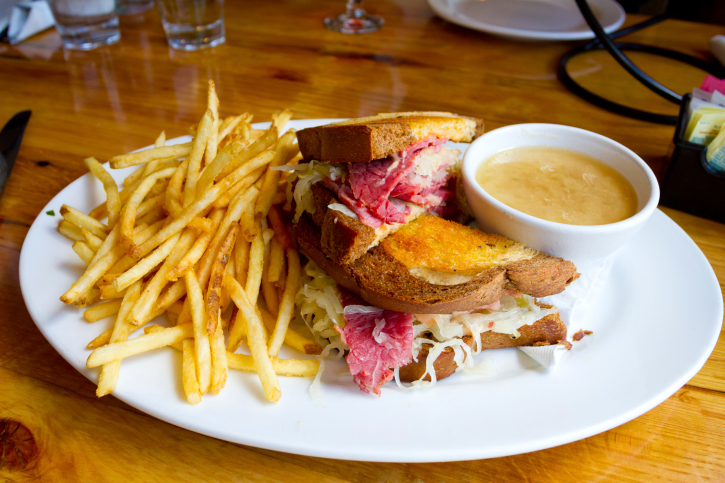 Most people agree that a Reuben sandwich includes rye bread, corned beef, Swiss cheese, and sauerkraut—but who was Reuben? There are two common claims.

One claim is that Reuben was Reuben Kulakofsky (or Kolakofsky), a grocer from Omaha, Nebraska. Apparently, he devised the sandwich for late-night poker players at the Blackstone Hotel. That claim seems unlikely, since Kulakofsky was Jewish and it wouldn’t be kosher to mix beef and cheese, but maybe it was a joke?

The second common claim is that the Reuben sandwich originated at the now-defunct Reuben’s (or Reuben’s Restaurant), a deli in New York City named after its founder, Arnold Reuben. In fact, that claim has several variations. The most common one says that actress Anna Seelos came into the deli after her nightly performance. She asked for a sandwich and got one with rye bread, baked Virginia ham, roast turkey, Swiss cheese, coleslaw, and Reuben’s special Russian dressing. That version was known as the “Reuben Special,” and the Reuben sandwich was a variation that came later.

Unfortunately, there are no known reliable records to establish which claim is true.

Tootsie Rolls are marketed as “the iconic treat that offers a perfectly-balanced cocoa taste, lined with a subtle, fruit-flavored undertone.” (This scribbler would describe them as an individually-wrapped mini-log, not-quite caramel and not-quite chocolate and which he was not-quite happy to get for Halloween.)

Would you believe that Tootsie Roll Industries Inc., the maker of Tootsie Rolls, is a publicly traded company which booked about US$540 million in revenue in 2013? The company was founded in 1896 by Leo Hirshfield, an Austrian immigrant to the United States. Tootsie Rolls were their first product, but over time they developed many others (for example, the Tootsie Pop, a lollipop). They also acquired many other confectionery brands, including Dubble Bubble and Junior Mints.

Why were they called Tootsie Rolls? In the late 1800s, the word “tootsie” was slang for “girl” or “sweetheart.” The official story is that Leo Hirshfield named Tootsie Rolls after his daughter Clara, who went by the nickname “Tootsie.” 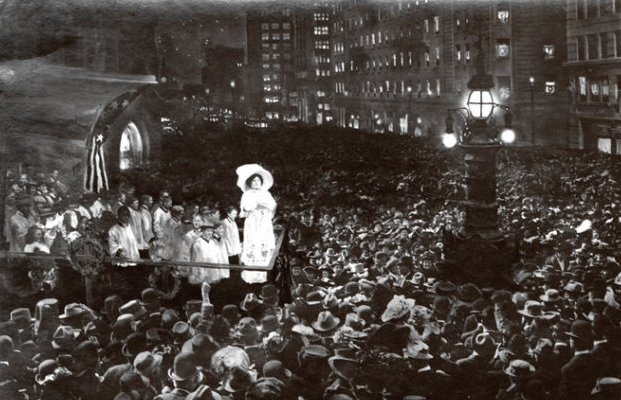 Luisa Tetrazzini was an internationally-famous Italian soprano in the early 20th century, known for her strong high notes and her mastery of runs, trills, and staccati. At one point, a contract dispute caused performance hang-ups in New York, so she declared: “I will sing in San Francisco if I have to sing there in the streets, for I know the streets of San Francisco are free.” The papers loved it, and on Christmas Eve 1910, she appeared on a stage at the corner of San Francisco’s Market and Kearney to serenade a crowd of some 250,000 people.

It was common for chefs to name new dishes after famous people, and one chef decided to name his after Tetrazzini. The recipe varies but usually includes fowl or seafood, mushrooms, almonds, and a white cheese sauce. Vegetables are often added, and it’s typically served atop pasta. But who was the chef? Was it Mr. Pavani, the chef at the Knickerbocker Hotel in New York City? Was it legendary French chef George Auguste Escoffier? Or was it Ernest Arbogast, the chef at the Palace in San Francisco? Alas, nobody knows. 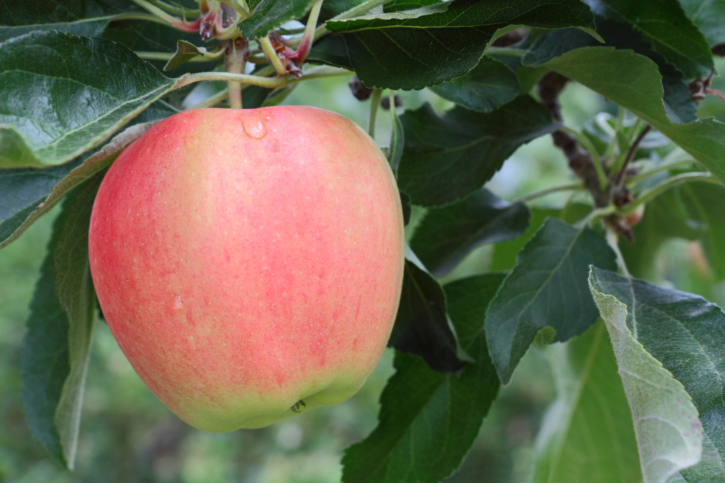 John McIntosh was a farmer in what is now South Dundas, about 100 km (60 mi) south of Ottawa, Canada. Sometime after 1811, either he or his son Allan discovered several apple seedlings while clearing land. Those seedlings were transplanted, and one in particular produced fruit of immense quality. The skin was red and green, the fruit was tart, and it was suitable for both eating and cooking.

Allan learned grafting around 1835 and used it to clone the precious tree. He and his brother Sandy promoted the resulting fruit as the “McIntosh Red.” However, the McIntosh’s popularity didn’t take off until the 20th century. One reason was that McIntosh apple trees are highly susceptible to a disease called apple scab. Once effective fungicides were invented, apple scab became less of a problem. The McIntosh apple is still popular, but has now been eclipsed by the Red Delicious, Gala, Golden Delicious, Granny Smith, and Fuji. 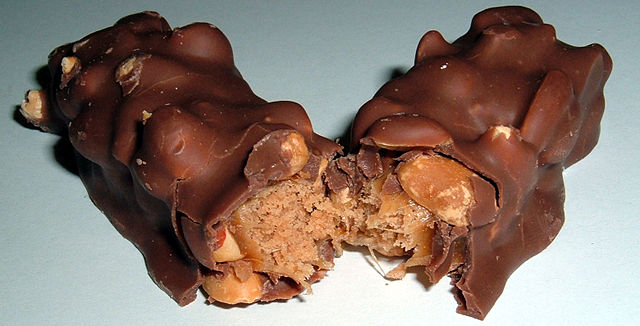 The Baby Ruth is an American candy bar made with peanuts, caramel, and nougat. It’s almost what you’d get if you took an Oh Henry! bar and turned the fudge into nougat.

When the Curtiss Candy Company introduced the Baby Ruth bar in 1921, many people assumed its name was a reference to Babe Ruth, the star baseball player. Curtiss claimed that their candy bar was named after Ruth Cleveland, the daughter of President Grover Cleveland. Uh huh.

Ruth Cleveland had died at age 12 in 1904. By 1921, she’d been dead for 17 years. Her father was also old news, having passed away in 1908. Babe Ruth, on the other hand, was a household name in 1921, not only for his baseball talents, but also for his reckless lifestyle off the field. When people noted these facts, Curtiss stood by their Ruth Cleveland story. They never had to pay royalties to Babe Ruth.

What’s the official story today? The Baby Ruth brand is now owned by Nestle. When your humble researcher went to their Baby Ruth page, he found no explanation of the name whatsoever (unlike their page about Oh Henry!).