Ah, ketchup—that wonderful and delicious condiment that Americans love. We love it so much that, on average, we consume about three bottles per year, with kids and teens gobbling the most. Thirsty and want to break a world record? Drink a bottle very quickly. The fastest time to drink a 120-milliliter (4 oz) bottle of ketchup is 32.37 seconds. German TV reporter Benedikt Weber drank it through a straw February 17, 2012 at Chong’s Diner in Nuremberg.

The condiment can be an obsession and is certainly the source of some very unusual facts.

10Early Versions Did Not Use Tomatoes 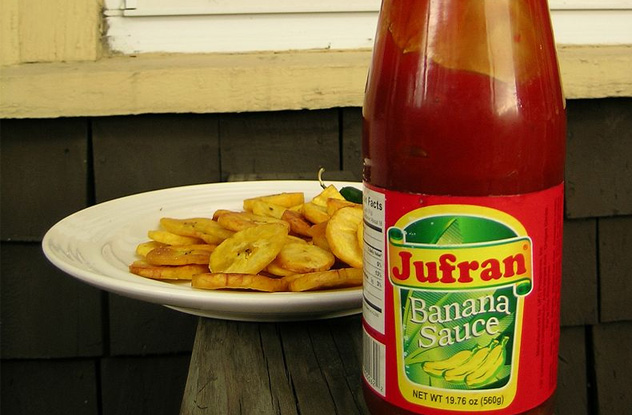 Though ketchup today uses tomato as a base, early versions did not. They were made from anchovies, shallots, oysters, lemons, or walnuts.

Perhaps you find walnut ketchup a tough nut to swallow or find shallots and oysters too fishy. Other people from long ago shared similar thoughts, so back then, mushrooms were the most popular type. A typical mushroom-based recipe is found in Beeton’s Book of Household Management, first published in 1861. Beeton’s mushroom ketchup calls for a peck of mushrooms, salt, pepper, mace, allspice, and a few drops of brandy.

Don’t want to coat your meals with a condiment made from fungi? Try the Philippines version; it uses bananas, so this ketchup tastes sweeter. If you find the thought of brown or yellow ketchup too strange to stomach, don’t worry. Out of deference to tradition, most products on the market are dyed red.

If ketchup made from bananas doesn’t give you a warm and fuzzy feeling either, there are other fruit or vegetable versions. Try plum, pear, sweet mustard, cranberry, carrot, mango, apple, or horseradish ketchup, for starters. 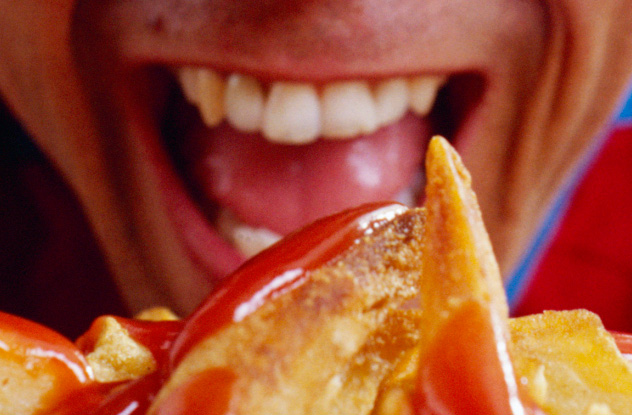 Most people are familiar with four basic food flavors: sweet, sour, bitter, and salty. A fifth—umami or savory—is also a recognized flavor. It’s a meaty taste and can be added to foods through flavorings such as monosodium glutamate and soy sauce. It was discovered by Japanese chemist Kikunae Ikeda and is found naturally in products such as ripe tomatoes, fish, and cured meat.

The earliest versions of ketchup used only two basic flavors, combining the salty and the bitter. Today’s recipes use five of them, courtesy of H.J. Heinz, founder of the eponymous Heinz company. While some recipes already called for vinegar and sometimes sugar, Heinz increased the amounts used, adding a sour taste and extra sweetness. He also insisted on only using ripe tomatoes, thereby ensuring umami.

Most of the world’s ketchup is currently produced by Heinz, Hunt, and Del Monte, with Heinz the top brand worldwide. It is the third-best-selling condiment in the US, topped only by mayonnaise and salsa, perhaps because it helps satisfy our sweet tooth and carnivorous cravings simultaneously. 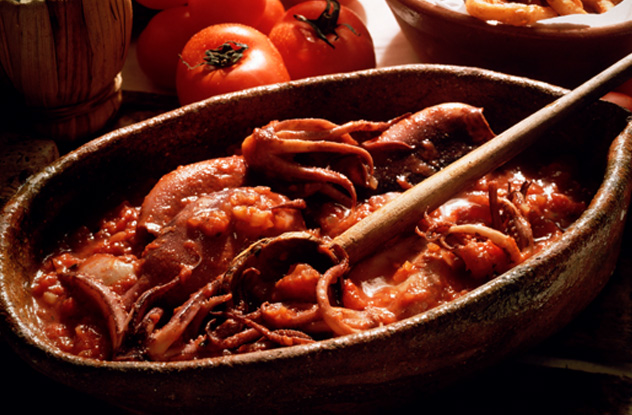 Ketchup is now primarily a condiment, but this was not always the case. It once was mainly an ingredient in foods like pies and in more complex sauces, and it was used to flavor fish, meat, and poultry while they were still being cooked. Housewives needing to make gravy with the necks, gizzards, feet, and livers of fowls could add a teaspoonful of mushroom ketchup for flavoring. Likewise, they had the option of using two spoonfuls of mushroom ketchup to help make hare hash and ox-cheek soup. The sauce became primarily a condiment in the 1900s, with the advent of hot dogs, french fries, and hamburgers.

Modern spices and flavorings have gone well beyond the vision of pioneering giant H.J. Heinz. Epicures with adventurous palates can pour beer-flavored ketchup onto their poached eggs and onion-flavored ketchup over their Angus burgers. Other gourmet flavors include cheese, apple cider vinegar, and jalapeño. These variants emphasize one or more parts of the five basic tastes, such as sourness or umani. 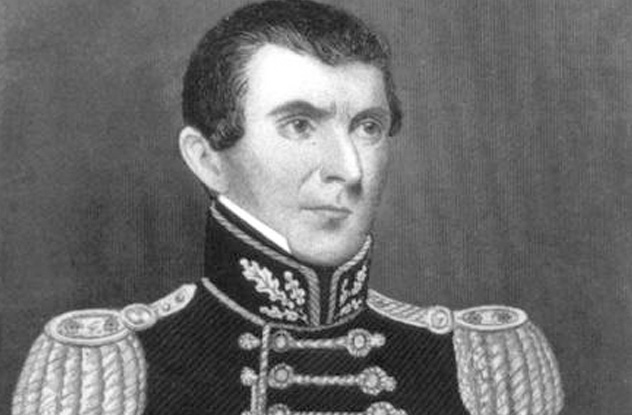 Need to remove noxious content from your body by emptying bile from your liver into your intestines? If you buy into this 19th-century concept, consider curing yourself with ketchup.

Ketchup was considered to be a medicine around 1835 and was sold as tomato pills. The idea came from Dr. John Cook Bennett, the president of the medical department at Willoughby University in Ohio. He thought that tomatoes could cure illnesses such as diarrhea, jaundice, and indigestion. Bennett took these ideas directly from Dr. William Smith, a physician who lived in Michigan.

Bennett approached Archibald Miles, who at the time was selling his “American Hygiene Pill” patent medicine, convincing him to market “Dr. Mill’s Compound Extract of Tomato.” Researchers debate whether the first version simply used the original hygiene pills, but later versions did contain tomatoes. Miles’s success sparked numerous imitators, leading to even wilder claims of cures for rheumatism, the flu, headaches, and more.

Many of the ketchup pills were fraudulent. Not only did they use no tomatoes—they were actually laxatives. This caused the tomato pill market to collapse in 1840. Most people who wanted to treat their sinuses for a cold did not like treating their colons to thorough cleansings instead. 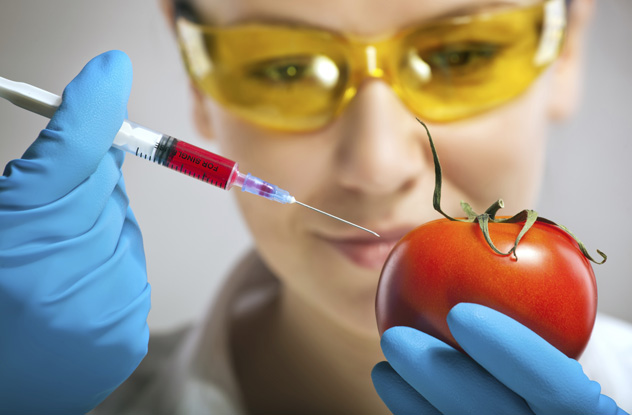 Despite using questionable science, Bennett and Smith were right: Ketchup does indeed possess health benefits. It’s good for the heart and helps reduce the risk of certain types of cancer. These benefits occur because ketchup is an excellent source of the chemical lycopene, which gives tomatoes its red color. Lycopene is an antioxidant, inhibiting inflammation and cell damage caused by free radicals. Uncooked tomato products such as juice are not as useful as ketchup because the body absorbs cooked tomato products better. Cooked products also have higher lycopene levels.

For prostate cancer, research shows that lycopene reduces the growth of cancerous cells and also affects the way these cells communicate. It chokes the way blood flows to these cells by inhibiting the growth of blood vessels that feed tumors. Some studies indicate that lycopene also helps with liver, skin, breast, and lung cancer, but the results are inconclusive. Interestingly enough, the chemical appears naturally in the human lungs, skin, liver, blood, prostate, adrenal glands, and colon. It is the most dominant color component in those organs and is also thought to have a natural role in guarding against cancerous cells.

5Slower Than A Turtle

Heinz promotes their product’s slowness as a good feature. In 1979, the company made a commercial showing two boys waiting eagerly for ketchup to flow onto their food. The commercial was set to Carly Simon’s 1972 hit “Anticipation,” which became known as “The Ketchup Song.” The ad not only embedded the tune in ketchup lore, it was voted the best ad of the 20th century. Carly later expressed regret with the association between her song and the condiment.

Meanwhile, there’s an actual ketchup song, “Asereje (The Ketchup Song)” by Las Ketchup, a Spanish girl group. The song borrows from the Sugarhill Gang’s “Rappers Delight.” In a fruitful example of how the apple does not fall far from the tree, Las Ketchup is a group of sisters whose famous father is the flamenco guitarist El Tomate.

If, like the kids in the commercial, you are on pins and needles waiting for the ketchup to pour, tap the “57” on the bottle. Better yet, to increase the flow for any ketchup bottle, take the cap off and insert a straw. Make sure that the straw almost touches the bottom. This trick increases air flow, allowing the ketchup to move more quickly. 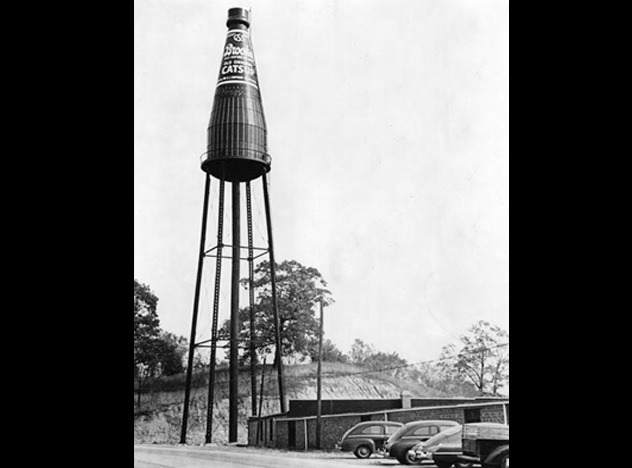 What do you do with a ketchup bottling plant and a water tower company? Combine forces, of course. This is what happened in Collinsville, Illinois, home of the world’s largest ketchup bottle.

The W.E. Caldwell Company, a Louisville, Kentucky firm that constructed tanks and towers, built the bottle in 1949 for the Collinsville-based G.S. Suppiger catsup-bottling plant. At the time, G.S. Suppiger made Brooks Catsup, back then known as “America’s largest selling TANGY catsup.” The sauce is immortalized as a huge, steel 21.4-meter (70.1 ft) tank on legs 30 meters (100 ft) tall, making the total height of the tower 52 meters (170 ft).

The world’s largest ketchup bottle is a rock star. It has its own website, fan club, and annual festival. It also has a role in promoting a healthy lifestyle. A walking club hosts a Catsup Bottle Water Tower Walk, and the bottle is the focus of an event called the Big Bottle Bicycle Ride. Today, the W.E. Caldwell Company is Caldwell Tanks. G.S. Suppiger no longer exists; it merged with the P.J. Ritter Company in 1959. 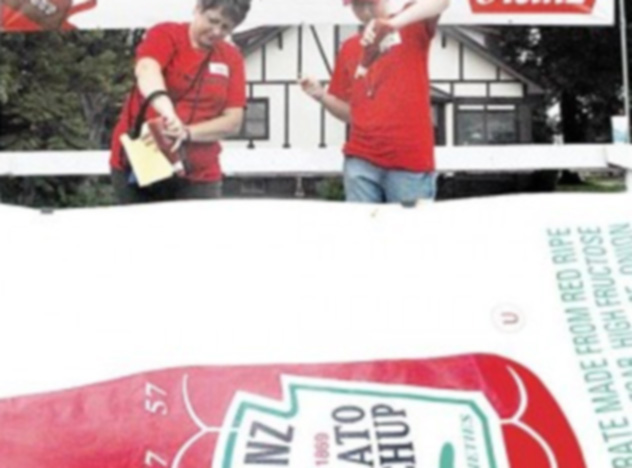 The good people of Collinsville, Illinois set yet another ketchup record—the world’s largest ketchup packet. It also holds the record for being the world’s largest condiment sachet and is featured on the inside cover of the 2009 Guinness World Record book.

The hefty packet was created in 2007 at a fundraiser for the Collinsville Christian Academy, which had been damaged in a fire. Heinz donated 4,000 glass ketchup bottles. Participants paid $1 apiece for bottles, pouring the ketchup into a trough. Once inside the trough, the ketchup was sucked up by a hose and then poured into a packet made by Clear Lam Packaging.

2It Cleans! It Polishes! It Dyes! It’s Ketchup!

How To Polish Silver With Ketchup

Ketchup is a miracle condiment. It’s a wonder it hasn’t been featured on a late-night commercial with an enthusiastic male host assisted by a beautiful woman.

Ketchup is acidic because of its tomatoes and vinegar. To the delight of penny-pinchers, this acidity makes it an inexpensive cleanser and polisher, especially for metals. It cleans the tarnish from copper. For pots and pans, coat the object, let it sit for 10 minutes, and then rinse it off. Cover tarnished pennies with ketchup for an hour, and then wash them. Ketchup is also highly effective on brass. People rub it on brass items such as jewelry and lamps to remove tarnish, using the same method as copper.

The condiment can polish steel, so it is used to shine silverware and steel sinks. It can also ruin silverware if left on too long, so quickly rinse it off. For stubborn tarnish, the ketchup can remain on for 15 minutes before removal. Because of its effectiveness on metals, frugal car owners shine the outside of their vehicles with the condiment. 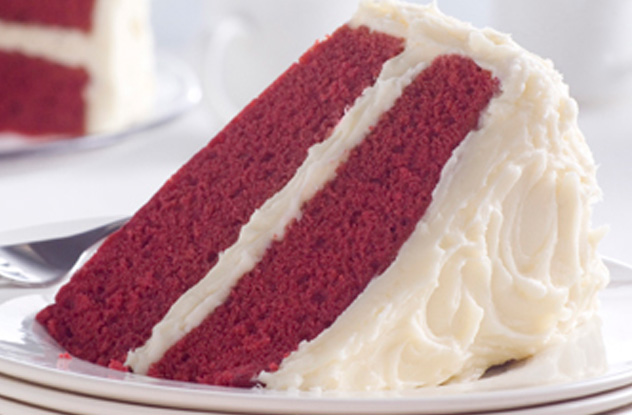 Ketchup is used for almost any food you can think of, including sweets and beverages. To throw a party featuring international dishes, use a bottle of the magical red condiment.

Start with fried chicken dosed with ketchup, a dish favored in countries such as China, Thailand, and Jamaica. Add ketchup to pizza to practice a popular custom from places like Trinidad, India, Japan, Poland, and Norway. Want to add a Swedish flavor to pasta dishes at your shindig? Pour ketchup over spaghetti and macaroni.

Don’t forget dessert and snacks. Imitate our good Canadian neighbors—buy ketchup chips made by companies such as Lay’s and Herr’s, and make Canadian ketchup cake for celebrations. Include chocolate ketchup, like Hershey Resorts in Pennsylvania makes, as a barbecue or dipping sauce. Baskin-Robbins once experimented with ketchup ice cream but did not allow the flavor to leave the lab. Do not be disappointed. Either make it from scratch with a recipe such as Heinz’s carnival cream, or purchase some from mom and pop stores in New York. Finally, have your guests wash everything down with pruno, a prison wine concocted with ketchup, sugar, fruit cocktail, and oranges.

Kim Lewis is a freelancer who has been writing for the web for several years.