For some reason we seem to have developed a special “top 20” format for our historical oddities lists. Including this list, we now have four lists of 20 oddities of history. The oddities lists are always popular and are a pleasure to research and put together so I felt bound to do another. For those who are especially fond of these types of lists, here are the previous three: 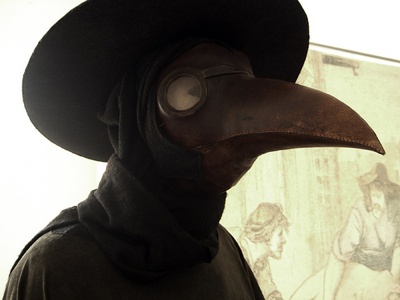 1. The Romans used to use asbestos in their cloths for daily use – such as dish-towels, napkins, and table cloths. Pliny the Elder (a Roman naturalist) said that they could be cleaned whiter than normal cloth by simply throwing them in the fire. He also noted that the slaves who wove the mineral for cloth often suffered from lung disorders.

2. In Ancient Egypt, the heart was considered to be the seat of intelligence – not the brain. Egyptians thought the brain was just a stuffing for the head. For this reason they scraped it out of the head during embalming and discarded it, while treating the heart with special care.

3. During the plague in the Middle Ages, some doctors wore a primitive form of biohazard suit called “plague suits” (pictured above). The mask included red glass eyepieces, which were thought to make the wearer impervious to evil. The beak of the mask was often filled with strongly aromatic herbs and spices to overpower the miasmas or “bad air” which was also thought to carry the plague.

4. During the last 3,500 years, it is estimated that the world has had a grand total of 230 years in which no wars took place. That is enough to make one wonder whether there is any benefit at all to the “peace movement”.

5. In urban circles of Western Europe and the Americas, beards were out of fashion after the early 17th century; to such an extent that, in 1698, Peter the Great of Russia ordered men to shave off their beards, and in 1705 levied a tax on beards in order to bring Russian society more in line with contemporary Western Europe. 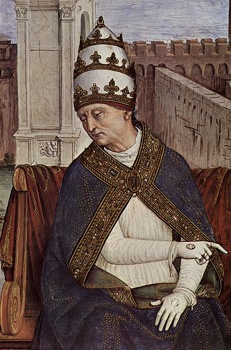 7. In Ancient Egypt, cats were considered sacred. When a family pet cat died, the entire family would shave off their eyebrows and remain in mourning until they had grown back.

8. The model for Uncle Sam on the famous 1917 post “I want you” is the face of the painter, James Montgomery Flagg. For effect he aged his own portrait and added the goatee beard. Flagg used his own picture in order to avoid the need to find a model.

10. In 200 BC, when the Greek city of Sparta was at the height of its power there were 20 slaves for every citizen. Imagine how tidy their houses must have been! 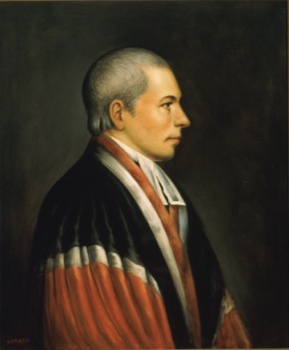 11. Andorra declared war on Imperial Germany during World War I, but did not actually take part in the fighting. It remained in an official state of belligerency until 1957 as it was not included in the Versailles Peace Treaty.

12. Only two people signed the Declaration independence on 4 July 1776 – John Hancock and Charles Thomson. The majority of the other members of Congress signed on 2 August, although the final signature wasn’t added for another five years.

13. As a restorative medicine in ancient Rome, people would drink a mixture of wine and the dung of wild boars.

14. During the Western Schism (1378 to 1417), three men simultaneously claimed to be the legitimate Pope. When the cardinals didn’t like the Pope they originally elected, they elected a second (invalidly). This caused great troubles in the Church which lead to the election of a third Pope by the council of Pisa (also invalidly). Thus there were three claimants to the throne: Pope Gregory XII, Antipope Benedict XIII, and Antipope John XXIII. It was finally ended when the original election was considered the only valid one of the lot.

15. Sir William Paterson (pictured above), founder of the Bank of England, is suspected to have been a pirate in his years before founding the bank. 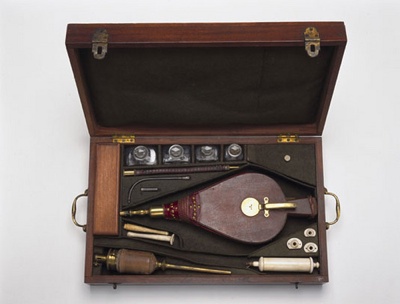 16. In 1904, tea bags were invented accidentally. The inventor, Thomas Sullivan (a tea merchant) decided that it was cheaper to send small samples to prospective customers in silk bags – rather than boxes. The recipients mistakenly believed they were meant to be dunked and soon Sullivan was inundated with orders for his “tea bags”.

17. The oldest parachute design appears in an anonymous manuscript from 1470s Renaissance Italy (over 400 years before the airplane), showing a free-hanging man clutching a cross bar frame attached to a conical canopy. As a safety measure, four straps run from the ends of the rods to a waist belt.

18. In the late 1700s, a tobacco enema was used to infuse tobacco smoke into a patient’s rectum for various medical purposes, primarily the resuscitation of drowning victims. A rectal tube inserted into the anus was connected to a fumigator and bellows that forced the smoke towards the rectum (machine pictured above).

19. Income tax, along with many other taxes imposed during the Civil War, was repealed after 1865 because the government simply had no need for the extra revenue. The majority of federal income came from taxes on tobacco and alcohol, which were hot commodities at war’s end.

20. In Rome, there were people who specialized in armpit plucking. Somewhere around 1 AD, Roman aristocrats interested in fashion, removed all of their body hair. Requirements for the profession were tweezers, a strong arm and the ability to deal with their customer’s pain.