One of the most reviled hate groups on the planet, the Ku Klux Klan has a rich history of weirdness. We’ve already looked at some of their bizarre exploits, including their involvement with Muhammad Ali and their disdain for the Westboro Baptist Church. Here are 10 more facts about the Klan, from the story of a Jewish impostor tothe Grand Dragon who penned a women’s advice book.

10 The KKK Isn’t One Big Group 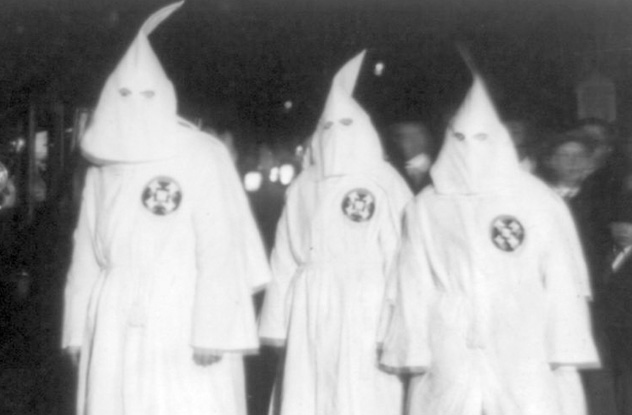 Some 45 years later, the Klan resurrected after the release of the 1915 film The Birth of a Nation. They railed against not only blacks but Catholics, Jews, immigrants, and even the consumption of alcohol. This was the most powerful version of the KKK, with membership estimated at two to six million at its height. This was the group that introduced the burning cross.

The second version of the Klan largely fell out of favor by the 1930s, and by the time World War II began, only a handful of members remained. The group rose up again in response to the burgeoning civil rights movement, and it continues to limp on.

Today’s Klan is not one cohesive group but a collection of loosely affiliated entities. Dozens of groups are scattered throughout the United States, mostly in the South. While this dissipates their power somewhat, it also makes it difficult to determine just how big their membership is. 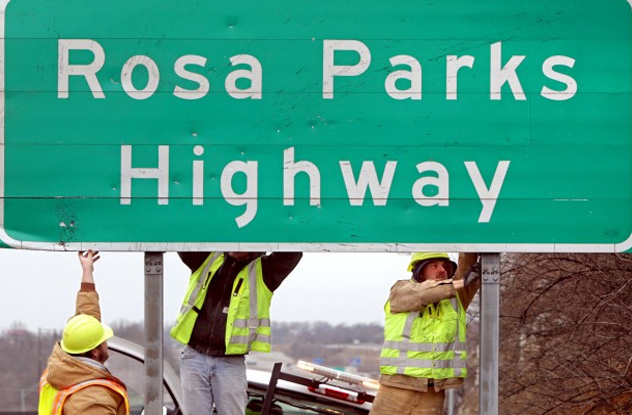 Unlike, say, the Knights of Columbus, the KKK is not really known for a strong sense of civic pride. So when a Klan member tried to adopt a stretch of Missouri highway in 1994, which meant the organization would assume responsibility for its maintenance, his application was denied.

A US District Court judge later ruled in the Klan’s favor, declaring it unconstitutional for Missouri to keep them out of the program. However, Missouri got the last laugh. They renamed the stretch of I-55 the “Rosa Parks Highway” after the iconic civil rights activist.

Thomas Robb, the national director of the Knights of the Ku Klux Klan, responded by saying, “If they think that’s going to cause us to lose sleep, moan, or groan, they’re mistaken. It’s another attempt to kick our white, Christian heritage in the face.”

The KKK didn’t keep up their end of the bargain, never once turning out to clean up the highway. Robb claimed they waffled on the deal because the person who’d originally filed the application was no longer in the Klan.

8 Zach Galifianakis vs. The Grand Wizard 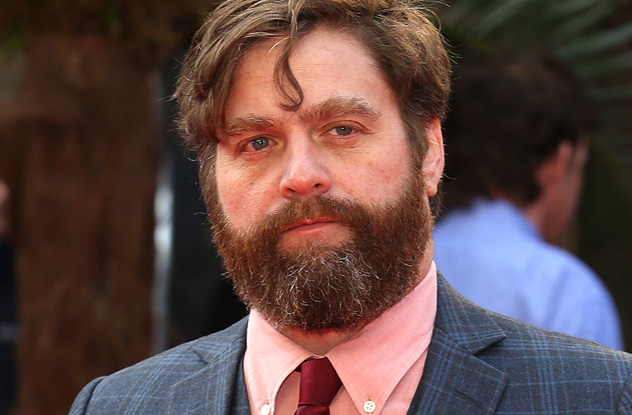 Pudgy, bearded Zach Galifianakis was the breakout star of the Hangover movie trilogy. While he has only recently become famous, he has been on the outskirts of the entertainment industry for years. In 2006, he was a cast member of Comedy Central’s faux newscast Dog Bites Man. The network filmed 10 episodes. Only nine aired.

Zach later had some regrets about being on the exploitative show, but “Klan Rally” stood out in his mind. He said, “It was not for me. But I did get to ask the Grand Wizard of the KKK if he’s ever seen Big Momma’s House 2—which is probably the highlight of my career in many ways.” 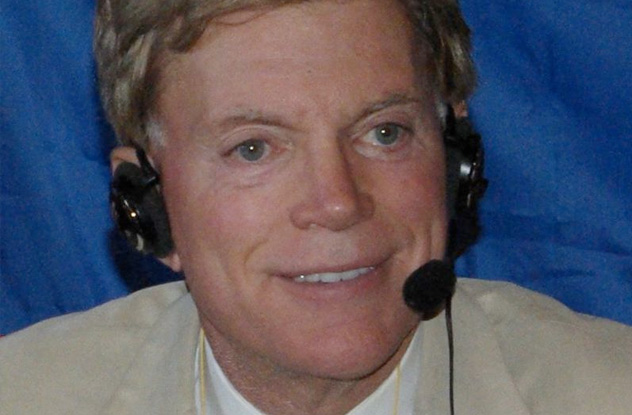 David Duke founded the Knights of the Ku Klux Klan, an offshoot of the traditional KKK aimed at being more modern and professional. For example, members wear business suits rather than the standard terror-inducing white robes. But the group is just as controversial as the original KKK, and Duke himself is a convicted criminal and a Holocaust denier.

Despite his status as Grand Dragon, Duke had some even darker skeletons in his closet. In 1976, he penned a women’s self-help book under the pseudonym “Dorothy Vanderbilt.” Dorothy’s book Finder’s Keepers— Finding and Keeping the Man You Want is mercifully out of print, but those unlucky enough to have secured a copy can attest to its nature.

The book reads like a collection of tips from Cosmo. It not only offers diet and fashion advice but also ventures into the bedroom, calling oral sex “quite a bedtime snack.” 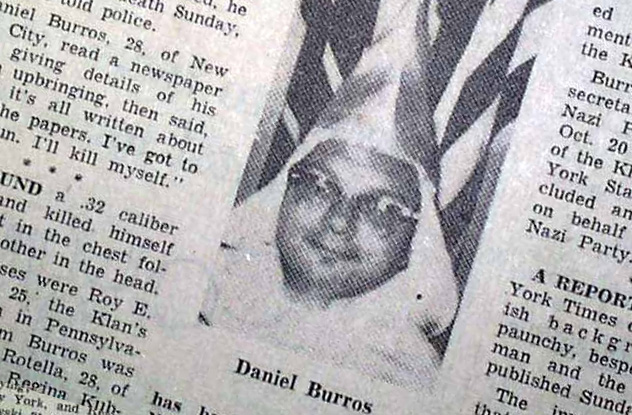 Dan Burros was a strange man. Born Jewish, he became attracted to fascist ideals and the Nazis. After graduating high school in 1955, he enlisted in the Army, but after a trio of suicide attempts (including one where he left a note praising Hitler), he was discharged for “reasons of unsuitability, character, and behavior disorder.”

Shortly thereafter, Burros struck up with the American Nazi Party, soon rising to become National Secretary, the organization’s third-highest officer. Later, he joined the KKK, being named Grand Dragon of New York by Imperial Wizard Robert Shelton. Of course, being a Jewish Klansman was a problem. Burros tried to hide his past. But the Grand Dragon was exposed on October 31, 1965, thanks to a New York Times article—“State Klan Leader Hides Secret of Jewish Origin”—by reporter John McCandlish Philips Jr.

At the time, Burros was staying at the home of fellow Klan member Ray Frankenhouser, the Grand Dragon of Pennsylvania. When Dan saw the headline, he grabbed his .32-caliber revolver. Claiming “I’ve got nothing to live for,” he shot himself in the chest.

He survived this wound. In front of several horrified witnesses, he next said, “This will do it,” then shot himself in the temple, this time fatally. 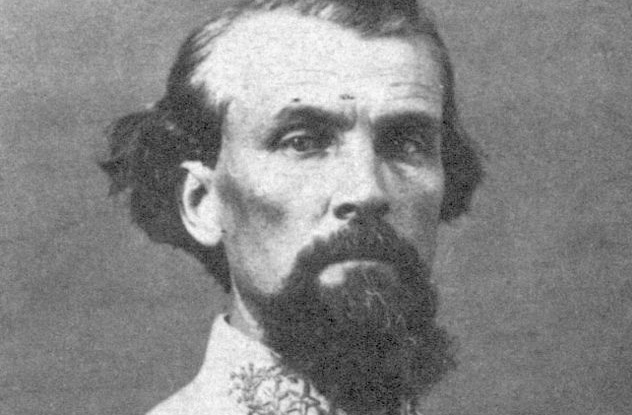 In the beginning of the movie Forrest Gump, we learn that the titular character was named after a historical figure named Nathan Bedford Forrest. Before the Civil War, Nathan Forrest was a millionaire plantation owner and slave trader. During the war, he rose to the rank of lieutenant general and was a fierce and competent leader.

Forrest took the loss of the South very hard, and his own personal finances were ruined. He fell in with the fledgling Ku Klux Klan, becoming its leader (or Grand Dragon) in April 1867. The original Klan was short-lived. Its tendency toward violence led reputable members of the community to drop out. Frustrated, Forrest largely disbanded the organization by 1869.

Forrest’s stance seemed to mellow a bit in his later years. Indeed, in his last public appearance in 1875, he accepted a bouquet of flowers from a black woman, telling the crowd, “I accept the flowers as a memento of reconciliation between the white and colored races of the Southern states. I accept it more particularly as it comes from a colored lady, for if there is anyone on God’s Earth who loves the ladies, I believe it is myself.”

Just how sincere such statements might have been is up for debate. Forrest was tied to all kinds of ugly incidents, including the massacre of black Union troops at Fort Pillow, Tennessee. Despite this, there is at least one public school named in his honor.

4 The KKK vs. The Lumbee Tribe 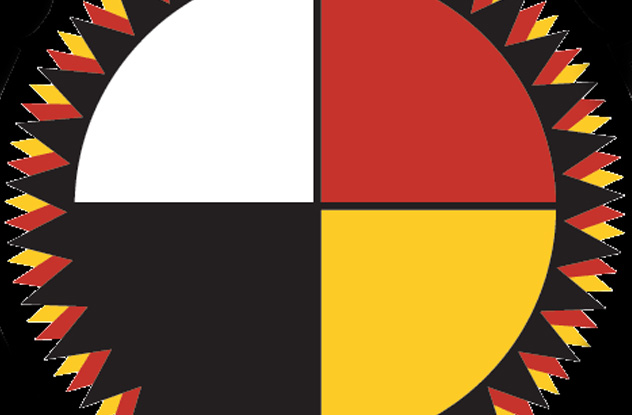 The KKK has been responsible for all manner of brutality, and their victims’ retaliation sometimes turned quite violent as well.

In 1957, led by Grand Dragon James “Catfish” Cole, the group began to torment members of the Lumbee Tribe of Robeson County, North Carolina. On January 13, 1958, they burned crosses on the front lawns of two families—one of a Lumbee woman accused of dating a white man and the other a Lumbee family that had moved to a traditionally white neighborhood.

A Klan rally was scheduled for January 18, 1958. Between 50 and 100 Klansmen arrived, only to find themselves woefully outnumbered by a crowd of Lumbee men. Gunfire broke out. Many of the Klan, including Cole, fled.

Images of the skirmish, which would come to be known as the “Battle of Hayes Pond,” were published in a February 1958 issue of Life magazine. Cole served prison time for inciting a riot, and the KKK were never again active in Robeson County. The Lumbee celebrate the confrontation to this day. 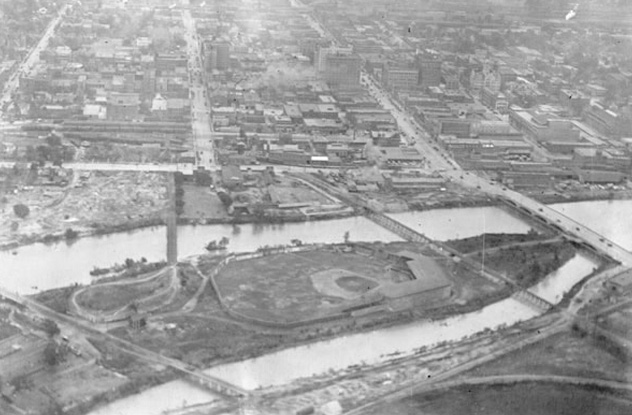 It might seem impossible for us to imagine, but when the Klan isn’t engaged in racist activities, they get together to have barbecues and hang out like the rest of us. In the 1920s, there were several accomplished KKK baseball teams. Surprisingly enough, they had no issues playing all-black teams. On June 21, 1925, more than two decades before Jackie Robinson would take the field for the Brooklyn Dodgers, Klan players took on the all-black Monrovians of the Colored Western League in Wichita, Kansas.

The Witchita Beacon covered the game, which took place at Island Park on a Sunday afternoon. No ugly incidents occurred, probably because Catholic umpires were assigned to prevent any kind of favoritism. The Monrovians, who went into the game with an impressive record, pulled off a 10–8 win.

The Klan also played games against Jewish teams, such as this 1926 clash between the Klansmen and the Hebrew All-Stars.

Neo-Fascist Frazier Glenn Miller Jr. served in the US Army for 20 years, 13 of those as a Green Beret, acquiring training that made him a very dangerous man indeed. He began the Carolina Knights of the Ku Klux Klan in 1980. In 1986, it was discovered that Miller’s organization intended to assassinate civil rights lawyer Morris Dees for his work with the Southern Poverty Law Center. The SPLC, founded in 1971, was established to combat hate groups in court.

Miller was ordered not to engage in paramilitary activities, a ruling he ignored. In 1987, he and several other men were found with an arsenal that included grenades and automatic weapons. He was also arrested when caught in the backseat of a car with a black male prostitute in drag. But he evaded prosecution for a simple reason: He’d become an FBI informant, turning over on his white supremacist brethren.

For his testimony, he was granted a new identity as Frazier Cross to keep him safe from the various KKK groups around the country. He didn’t fly under the radar long, eventually penning an autobiography, running for office, and appearing on talk shows to espouse his ugly views.

On April 13, 2014, he shot three people to death outside a Jewish Community Center and retirement home, reportedly screaming “Heil Hitler” as he pulled the trigger.

1 The KKK vs. Evolution 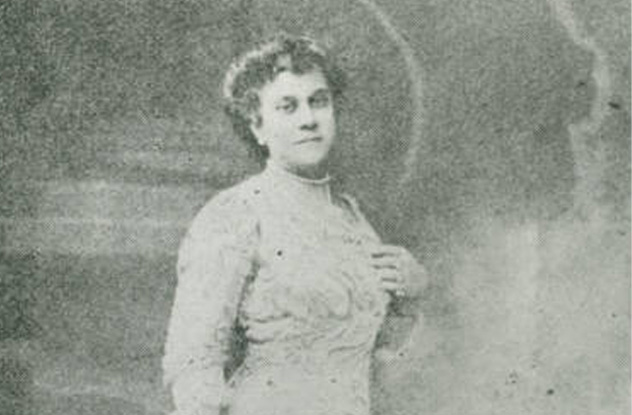 Today’s debate about how schools should teach evolution may seem absurd, but back in the 1920s, scientists were still trying to prove that evolution existed at all. Soviet scientist Ilya Ivanov’s quest in this matter was backed by a government that sought to eliminate any trace of religion from its populace.

There was no clear route for Ivanov to prove that man descended from apes. But he’d had success in the past creating animal hybrids, and he hypothesized that if he could breed a human with a chimpanzee, he’d settle the debate once and for all.

He first attempted to inseminate female chimps with human sperm. When this didn’t pan out, he decided to be inseminated. And to secure enough chimpanzee semen, Ivanov contacted Rosalia Abreu, a Cuban heiress who maintained a large chimpanzee menagerie outside of Havana.

The Klan was disgusted by the idea of potentially impregnating human women with the sperm of apes, calling the idea “abominable to the creator.” They threatened to attack Abreu personally if she went through with Ivanov’s experiments.

Abreu gave in to the intimidation, and before Ivanov could find another source of chimpanzees, he was caught up in one of Stalin’s purges and died in exile.