The names of some inventions and ideas suggest a totally inaccurate meaning or interpretation. One of the most famous misnomers is the koala “bear,” which is actually a marsupial and not a bear. Another is “German” chocolate cake, a cake that didn’t originate in Germany but was created in America by a man with the last name “German.” Perhaps the biggest, history-changing misnomer was when Christopher Columbus dubbed American natives “Indians” because he mistakenly thought he was in India.

Most are aware of the true meanings surrounding those everyday misnomers. Still, others that float around fool plenty of people even today.

10 The Battle Of Bunker Hill 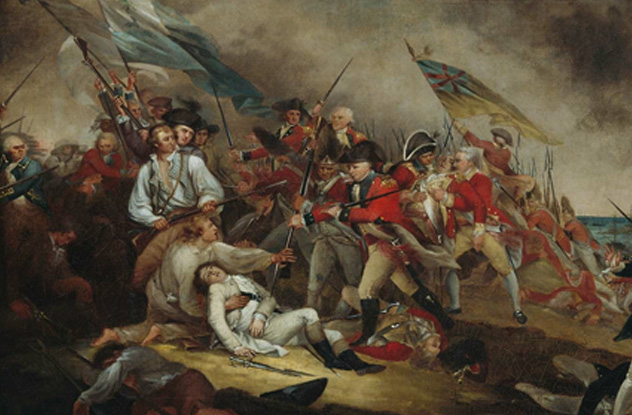 If you visit Boston’s historic sites, you may find yourself standing on Breed’s Hill reading a sign that says “Site of the Battle of Bunker Hill.” How did the location of such an iconic battle—one that supposedly elicited the famous quote, “Don’t fire ’till you see the whites of their eyes“—get bungled?

Before the battle, the colonials did receive orders to fortify Bunker Hill. However, under the command of Colonel Prescott, the men decided to bypass the 34-meter (110 ft) mount for Breed’s Hill, which was shorter and closer to the water. While it’s not entirely clear why the rebels made this maneuver, it’s believed the troops wanted a closer vantage point from which to fire their less-than-accurate canons. This may not have been the best move, since it resulted in face-to-face combat. In just two hours of fighting, it became the bloodiest battle of the Revolutionary War.

Besides Prescott making a last-minute change of location, an inaccurate British map that reversed the names of the hills added further confusion about the Battle’s location.

As if that wasn’t enough misinformation, the “whites of their eyes” quote isn’t exactly true either. The line had been said, in various forms, years before the battle, yet no evidence suggests any general said it in the battle itself. 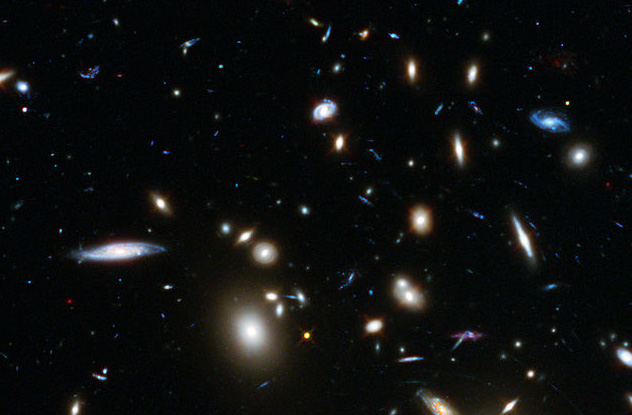 Astronomer Fred Hoyle named the Big Bang, yet he ironically totally opposed the theory. He simply used those words in a mocking sort of way. He referred to the theory as “a hot big bang” during a radio program in which he argued against it. The real inventor of the idea was Georges Lemaitre, who called it the “Primeval Atom”—a much more fitting description.

The reason “Big Bang” is such a misnomer is it doesn’t describe the true theory at all. It gives the wrong impression of a giant, noisy explosion creating the universe and everything in it. The theory really states that all matter once exited at a single point. After an initial burst of expansion, it has gradually extended outward and continues to expand today. The initial burst wasn’t as enormous as we might imagine. Matter went only went from subatomic size to golf-ball size—and while that’s certainly impressive, it hardly matches the images we often see of a giant blast rocking all of space.

There was also no loud, ear-busting bang. If humans could somehow go back and witness the event, we wouldn’t hear anything at all, as the frequencies emitted from the expansion were too low to be audible to our ears. 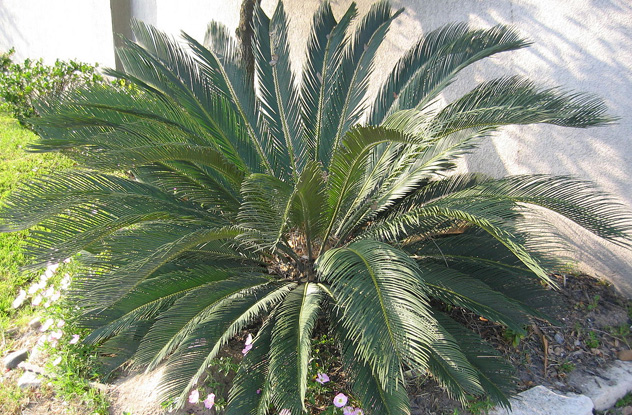 The sago palm (Cycas revolute), a common houseplant, is actually not a palm at all but a type of plant known as a cycad. This inaccuracy irks botanists and horticulturists everywhere, but the distinction is worth sharing among regular folk because cycads are arguably far more interesting than run-of-the-mill palm trees.

Cycads, including the sago palm, have remained relatively unchanged on the planet for over 200 million years and were around even before dinosaurs. For this reason, many refer to them as “living fossils,” and gardeners often include them as a kind of primeval specimen in their landscapes. Although they look superficially similar, sago palms are only very distantly related to true palms (sort of in the same way monkeys and sheep are both animals). They diverged from each other millions of years ago. In fact, cycad sagos are more closely related to pine trees, as they both reproduce via seeded cones. Palms, on the other hand, have flowers and fruit instead of cones. 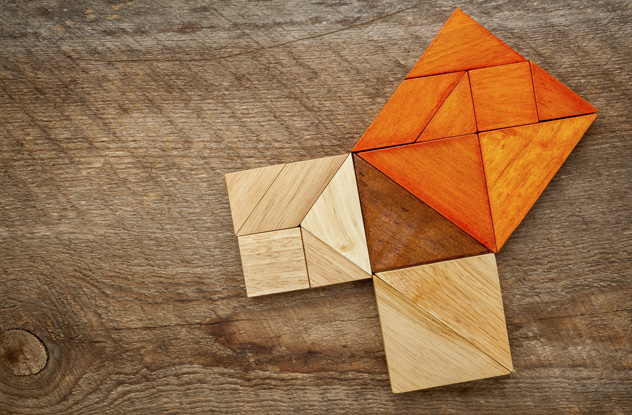 Anyone who’s taken geometry knows Pythagoras’s famous theorem relating the sides of a right triangle: A2 + B2 = C2. Most of us presume Pythagoras was the first to recognize this truth, since the theorem bears his name. Actually, the Babylonians used the so-called Pythagorean Theorem some 1,000 years before Pythagoras was born. They even wrote it down, on a tablet now known as Plimpton 322. And this mathematical principle wasn’t only known by the Babylonians. The ancient Egyptians, Chinese, and Indians all used versions of it centuries before Pythagoras.

Some say Pythagoras gets the recognition because he was the first to prove the theory, yet no real evidence says he provided a proof. The man didn’t allow anyone to record his teachings; he was a bit of an eccentric. None of his contemporaries wrote down his ideas. Although famous in his day, he didn’t grow to the status of mathematical divinity until around 500 years after his death. 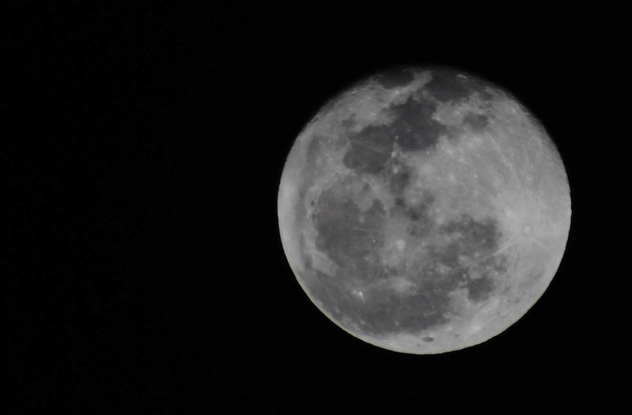 The prefix of the word “lunatic” comes from the Latin “luna,” meaning “moon.” It was believed that the phases of the Moon, especially the full moon, could induce insanity or epilepsy in certain individuals.

Both Aristotle and Roman historian Pliny the Elder taught that the moistness of the brain made it susceptible to changes based on the position of the Moon—much in the same way the Moon influences the tides. This belief endured up through the Middle Ages and is likely the reason why werewolves and other fictional creatures were thought to emerge during full moons.

Although we now know the Moon has nothing to do with people’s psychiatric or physical disorders, this inaccurate and therefore offensive term persists. “Lunatic” even appeared in several official US federal laws until 2012, when Congress agreed to replace it with more modern and scientifically accurate terminology. 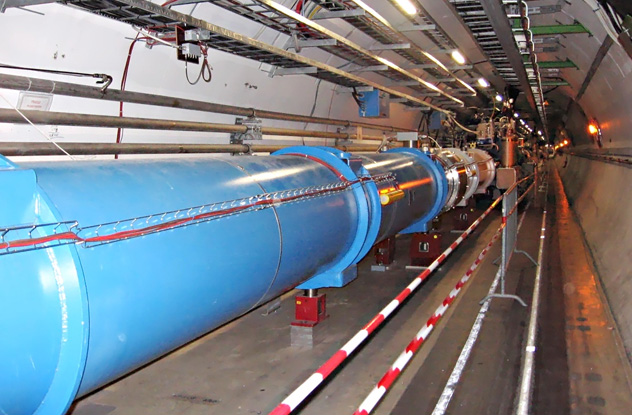 To the uninitiated, the term “God Particle” seems to describe a single subatomic entity that explains the origins of the universe and answers all our existential questions. Its real purpose isn’t quite as exciting—at least to the average person. The God Particle, or its field, gives mass to other particles. For scientists, the discovery of this particle was monumental because it validated the standard model of physics, which meant we didn’t have to chuck all existing formulas.

The real name of the particle is the “Higgs boson,” and it was only branded with the godly moniker as a marketing scheme. Physicist Leon Lederman published a book on the subject, and even though he wanted to title it the “Goddamn Particle” (because nobody could find it), his editor convinced him that he would sell more copies if he referred to it as the more mysterious God Particle. And much to the chagrin of scientists and clergymen everywhere, the name stuck. 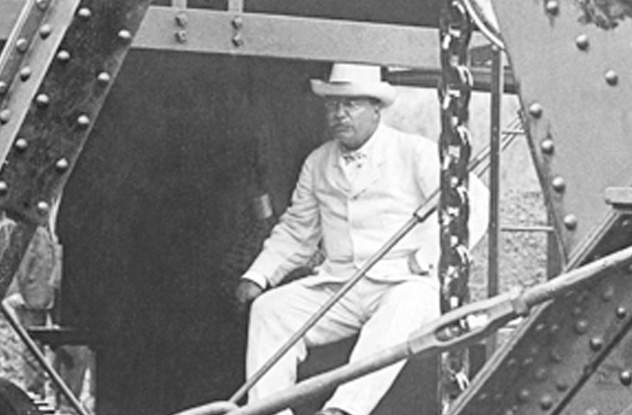 When traveling to Panama, countless tourists make a point to buy a genuine Panama hat. They’re probably purchasing a knockoff of the real thing because authentic Panama hats are made in Ecuador.

Back in the mid-1800s, when these hats first became popular, not too many people passed through Ecuador. It was hard to get to and not on the way to anywhere people were frequenting. Panama, on the other hand, was a hotspot, since it was the easiest place to cross from the Atlantic to the Pacific Ocean. So Ecuadorians who made montecristis hats (as they were first known) sent their goods to Panama for international sale. Regrettably, the craftsmen didn’t include any type of “Made in Ecuador” marking on their products, and people subsequently starting calling them “Panama hats” because Panama was where they were found.

The misnomer became firmly ingrained once President Theodore Roosevelt was famously photographed wearing such a hat while monitoring the progress on the Panama Canal excavation. The photo spread throughout the world, and people everywhere were talking about the President’s “Panama” hat. After that, any chance that they might be called “montecristis” or even “Ecuador hats” was long gone. 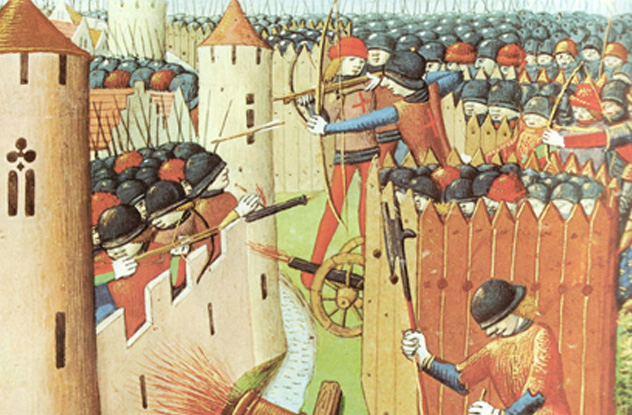 Asking someone, “how long was the Hundred Years’ War” seems like a trick question—kind of like saying “what was the color of George Washington’s white horse?” But it’s actually a legitimate question, as the name of this war is somewhat misleading. The Hundred Years’ War spanned not 100 years but 116. And it was more of an on-and-off thing than a non-stop, century-long war.

In actuality, it was a long conflict between France and England that spanned from 1337 to 1453, during which time the two countries were arguing over the typical problems of land and dynastic claims. Because there were a couple of decades-long truces, historians like to divide the war into three separate phases, known as the Edwardian, Caroline, and Lancastrian periods. Taking into account the times of peace between the war’s phases, the fighting really lasted about 81 years.

There have been longer wars in history, such as the Arauco War, which spanned around 290 years. The 335 Years War would seem to have both beat, but it only lasted so long because the opposing parties forgot to sign a peace treaty when they stopped fighting 10 years into the war. 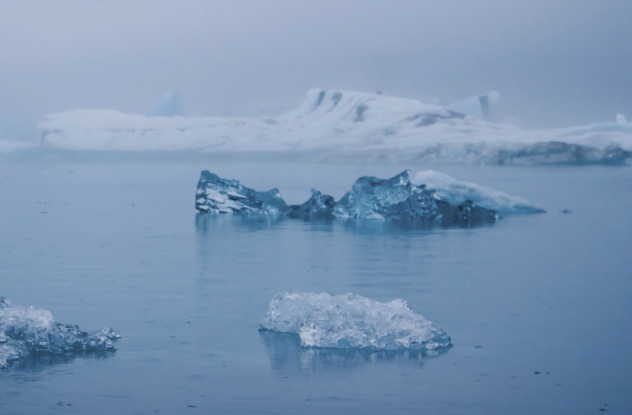 The phrase “global warming” makes climate change sound not so bad. It almost sounds pleasant, like it’d be a great way to get more time at the beach or grow some prized tomatoes, but “global warming” doesn’t entirely describe what’s going on. Although it’s not fully a misnomer—the planet is indeed getting warmer—the term tends to give people a wrong impression of what’s happening.

“Global warming” refers to the average surface temperature of the entire planet. It doesn’t mean temperatures will go up everywhere and all at the same time. In fact, some places may get colder. For example, if melting sea ice shuts down large ocean currents in the Atlantic (a strong possibility) then some places, such as North America and Western Europe, could experience a massive deep freeze.

Climate change will also create areas of especially dry or wet conditions, mega hurricanes, Arctic blasts, and other extreme weather. Clearly it involves much more than the planet getting a couple degrees warmer. 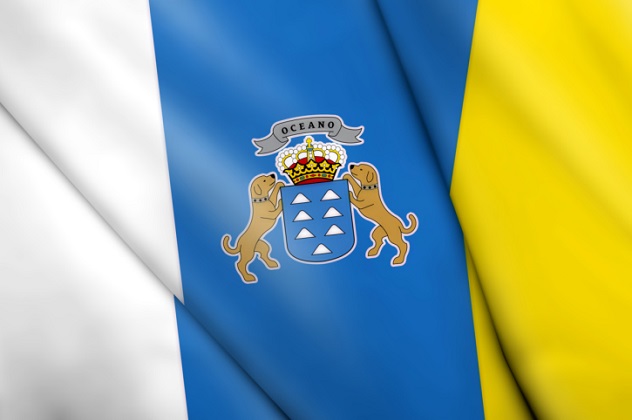 The Canary Islands, an archipelago off the northwest coast of Africa, are known for their warm, golden beaches and diverse wildlife. Among the fauna are yellow-green canary birds, which are indigenous to the area and quite plentiful. These songbirds are so widespread and noticeable that many assume they are the namesake of the island chain. However, as we now know, names aren’t always what they seem.

To understand how the islands really got their name, we have to look way back to A.D. 23–79 when the Romans first visited the area. After arriving, they discovered that the islands were infested with packs of wild dogs, which made such an impression on the explorers that they dubbed the place canaria insula or “the island of wild dogs.” Canaria comes from the Latin word, canis, for dog.

After the Romans left, the islands were largely forgotten by outsiders until about the 13th century, yet even after all that time, the name “Canary Islands” remained. The canines became such a symbol of the place that dogs now appear on the Canary Island’s official coat of arms.

As for canary birds, their name was inspired by the islands where they live—not the other way around.