Thanks to never-ending reports of encounters and sightings, UFOs are easily one of the most recognized and well-known icons of modern pop culture. In fact, the fascination has even spawned whole religions with UFOs and aliens as the centerpiece. Of course, we also mustn’t forget the different UFO conspiracy theories being continuously peddled by people who either really want to know the truth or are just plain wacko. In any case, it’s certain that these conspiracy theories will never go out of style, especially when most of them are just downright insane.

10There Is An Alien Satellite Hovering Over Earth 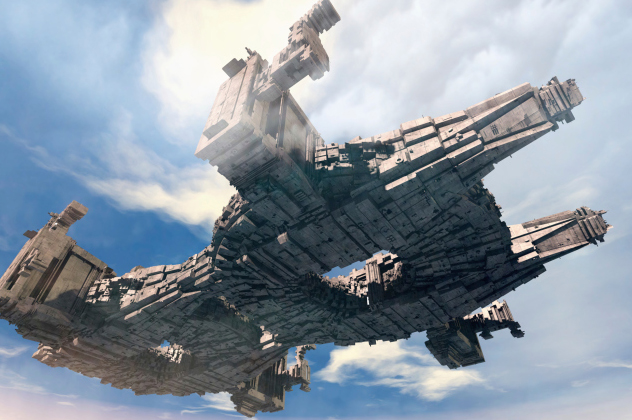 This conspiracy theory states that a 13,000-year-old satellite called the Black Knight is orbiting our planet. As the story goes, Nikola Tesla was the first man to discover its existence after he began receiving radio signals in 1899 which he believed came from space, a claim also made by amateur radio operators in the early 20th century. Later on, newspaper reports in the 1950s and ’60s detailing the discovery of a mysterious object in space coupled with supposed photographic evidence helped to fuel belief in the Black Knight’s existence.

If this supposed satellite really does exist, then why is it there? According to Scottish writer Duncan Lunan, the Black Knight satellite is actually a space probe that contains a map to a faraway alien planet called Epsilon Bootis, and the unidentified radio signals are in fact an attempt by those inhabitants to communicate with humans. Although skeptics have sought to debunk the alien satellite as nothing more than space junk or debris, believers have continued to insist otherwise.

9MacArthur And Alien Warfare In The Future 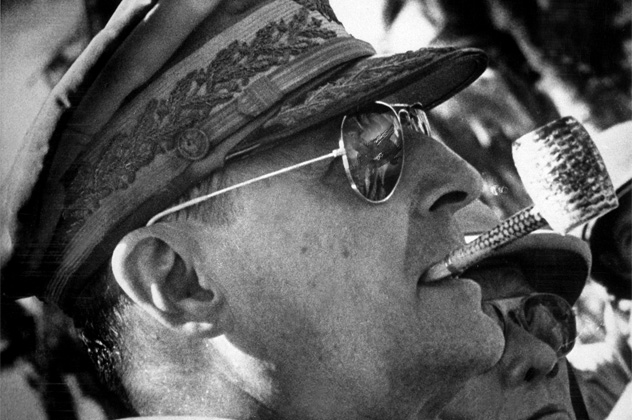 Did Douglas MacArthur, the man who led the US against the Japanese and later the Koreans and Chinese, foresee a future war against aliens? According to a supposed speech he made in 1955, MacArthur warned that all countries of the Earth should unite, because the next war would involve humanity against aliens from other planets. Conspiracy theorists closely tie the general’s statements with his alleged involvement in the creation of the ambiguous Interplanetary Phenomenon Unit, a government agency supposedly tasked with investigating mysterious UFO crashes in the 1950s and which was later absorbed by the Air Force. As the story goes, the IPU’s findings that UFOs constituted a threat to national and global security was what prompted MacArthur to render his speech.

MacArthur’s statements, although somewhat sensationalized later on by the media, nonetheless manifested his belief that someday in the future, all of us might experience a real-life version of Independence Day.

8The US Government Secretly Sent Astronauts To Another Planet 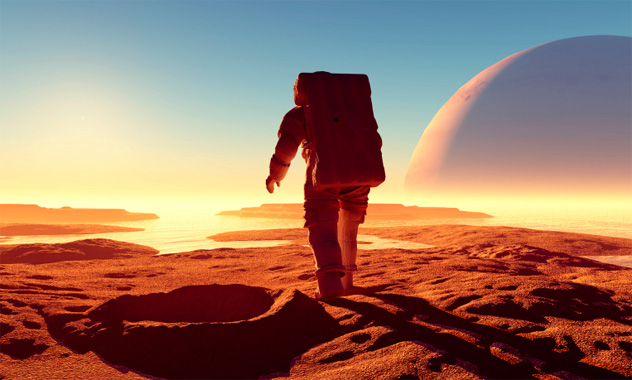 According to this conspiracy theory, the administration of President JFK—and, later, Johnson—allegedly sent astronauts to a faraway planet called Serpo. The ambitious project began after the US government supposedly saved the life of an alien whose spacecraft crashed in Roswell. In return, the grateful alien established an exchange program with the government and made arrangements for two spaceships to pick it up along with a dozen specially trained astronauts in 1965. After 37 light-years, the astronauts finally reached Serpo and spent more than a decade learning about the planet and its inhabitants, a race called Ebens.

According to them, the Ebens numbered more than 600,000 but lived in a peaceful, government-free community. After 13 years, the team finally returned to Earth four members short after two of them died and another two chose to stay on Serpo. Unfortunately, there are no surviving members of the team today, as all of them supposedly succumbed to the high radiation levels brought on by the two suns of Serpo.

7Jesus Was An Alien 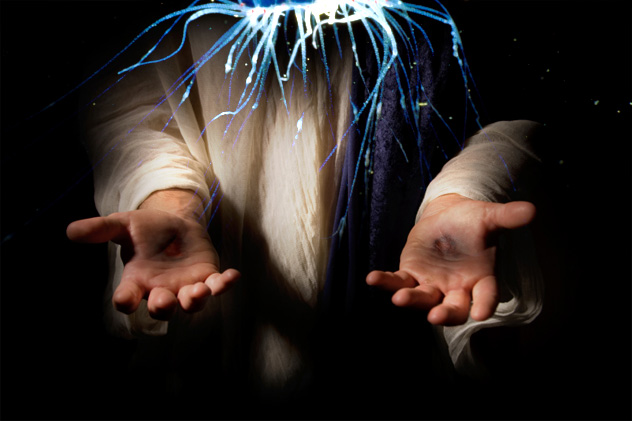 Remember the belief that the gods that ancient people worshiped and revered were actually aliens? If that theory is to be believed, then Jesus might have also been one, a fact that is supposedly being suppressed by the Church. As the theory goes, all the circumstances surrounding Jesus’ life hinted at extraterrestrial origins. His “virgin birth,” for instance, could be attributed to aliens artificially inseminating Mary, which in turn would explain why he could perform miraculous feats as well as communicate with otherworldly beings such as angels (who themselves were actually aliens).

Believers also point to Jesus’ statements that he was “not of this world” as hints of his real heritage. The theory goes on to say that after his resurrection, Jesus was beamed up into a spaceship and that the Catholic Church later suppressed the rest of the details by marking books such as the Epistles of the Apostles as apocryphal.

6The US Battled Nazi UFOs In Antarctica And Lost 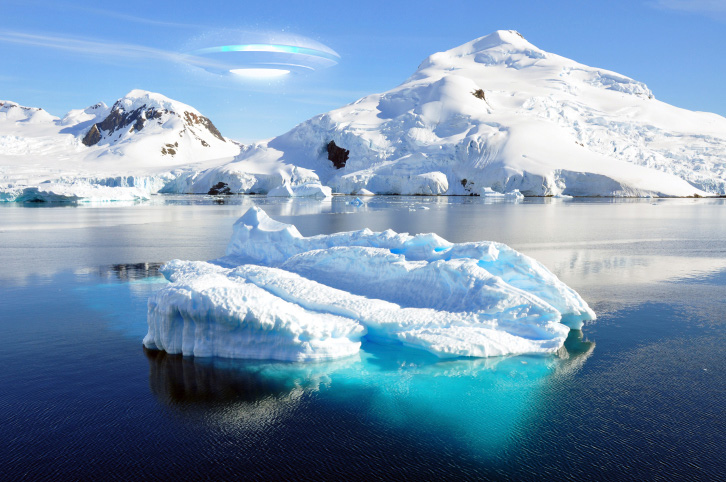 Although the official explanation for the unprecedented US expedition to Antarctica in 1946 was to map out the area and deny the Soviets a foothold at the same time, conspiracy theorists believe that the voyage itself was really a secret operation to track down a hidden Nazi base. According to them, the surviving Nazis—including Hitler, in some versions—escaped to their fortress in the frozen wasteland with the help of advanced UFO technology. The US, armed with this information, then mounted a clandestine military campaign against them but were decisively defeated and forced to retreat.

In reality, it was actually the bad weather that compelled the US expedition to leave the area. However, that hasn’t stopped conspiracy theorists (especially neo-Nazis) from celebrating the “victory” and continuing to hold out on the hope that a fleet of Nazi UFOs will one day come out of Antarctica and start World War III.

5The US Has A Secret Space Fleet 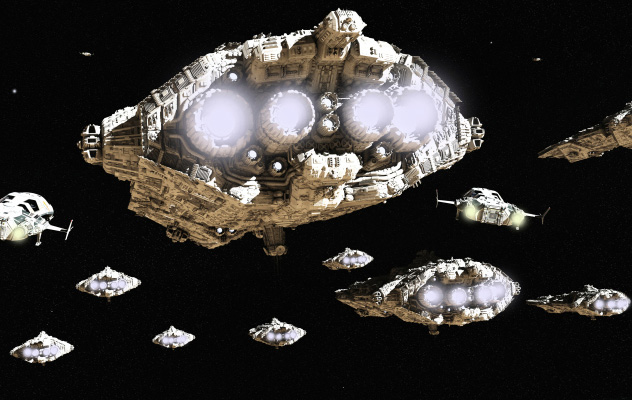 Remember Gary McKinnon, the notorious Scottish hacker whom the US tried to unsuccessfully extradite after he broke into the military’s database in search of evidence of UFO activity? According to his supporters, the reason for the “extraordinary” persecution that McKinnon has been facing is because he did discover something in the US military’s files, namely a secret space program called the Solar Warden.

According to them, the US is merely using NASA as a front to maintain a fleet of spaceships secretly floating in orbit. This fleet, which is also jointly led by the United Nations and counts several nationalities among its crew, is supposedly mandated to protect the Earth and the rest of the solar system from evil local terrorists and interstellar groups. As to how the US managed to get the technology, it was supposedly provided by an age-old group of extraterrestrial civilizations called “Star Nations” who also charged the country with leading this secret fleet. 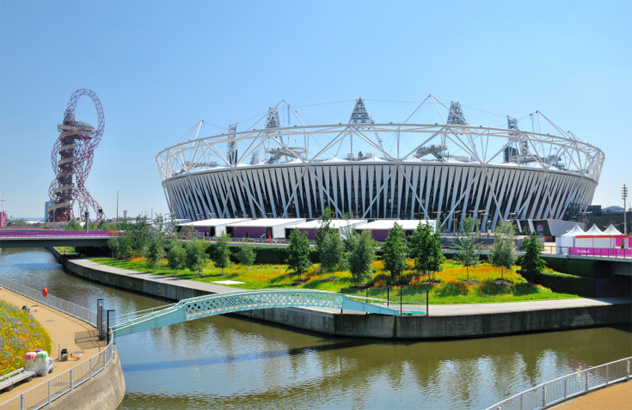 While the rest of the world was too busy rooting for their teams during the 2012 Olympics, fringe groups everywhere were preparing for what they believed to be an impending alien invasion. In reality, however, this unexpected invasion would be nothing more than a gigantic ruse perpetrated by a super-alliance of Freemasons, Rothschilds, Illuminati, and every other shadowy group in existence. Their goal would be the establishment of the New World Order, which would be headed by none other than Prince William.

As evidence for this massive conspiracy, believers pointed to London’s two alien-like Olympic mascots Wenlock and Mandeville, which organizers unveiled years earlier as proof that the plan had been set in motion. They also pointed to various locations in London with biblical names such as Great Eastern Road and Temple Mills Lane which would be utilized heavily by the conspirators. Although the Olympics came and went without much incident, conspiracy theorists insisted that the only reason why it didn’t happen was because the “forces of good” prevailed over the evil schemers. 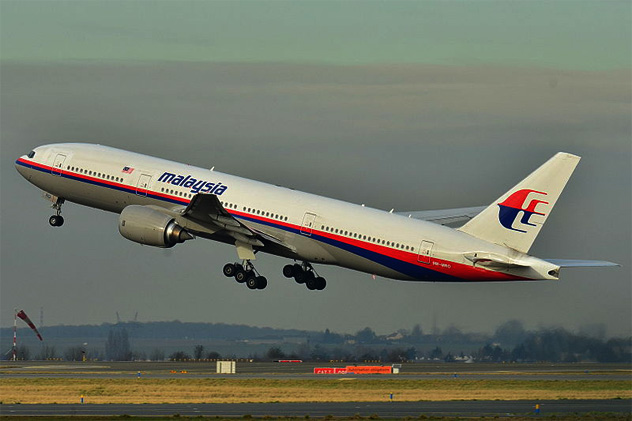 On par with some of the most eerily mysterious cases of missing planes, the baffling disappearance of Malaysia Airlines Flight MH370 has spawned a host of conspiracy theories seeking to explain how a massive plane that was guided and tracked by modern technology could have inexplicably vanished into thin air on March 8, 2014. One of the most bizarre theories, however, is the one stating that a UFO abducted the plane in mid-flight.

According to those who advocate this theory, their claims are supported by the head of the Malaysian air force, Rodzali Daud, who reportedly stated that their radar had picked up the signal of an “unidentified flying object” near the area before the plane went missing. They also cited the virtual lack of debris as proof of the alien abduction. Even more frightening is the fact that 1 in 10 Americans apparently believe this theory, according to a survey conducted by CNN.

2The Plan To Deceive The World With A Hologram 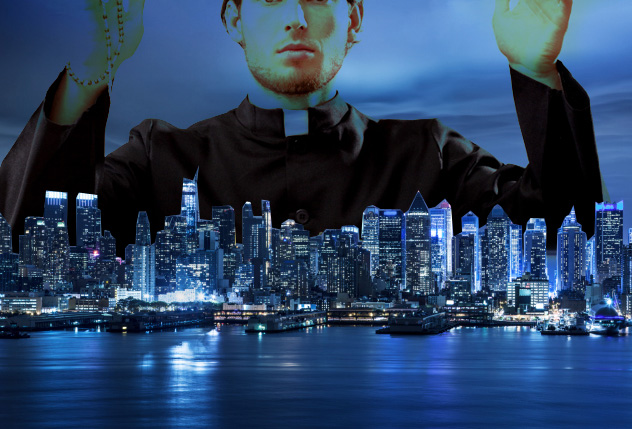 Remember that strange event in 2009 when a mysterious blue light formed a gigantic spiral over the night sky of Norway? Although explanations ranged from a unique version of the northern lights to a Russian missile test gone awry, conspiracy theorists held that it was yet another failed attempt at executing Project Blue Beam. According to its original proponent, the deceased conspiracy theorist Serge Monast, Project Blue Beam was a joint effort by the US military, the UN, DARPA, NASA, and the University of Alaska to develop futuristic technology that would allow them to usher in a New World Order.

The multi-step process to taking over the world would include scaring people all over the planet with a huge holographic display of an alien invasion while at the same time projecting the image of a deity who would promise salvation to them. After everyone presumably bowed and surrendered everything to this godlike figure, the conspirators—having successfully broken the will of the people to fight back—would then implement the New World Order.

1The CIA Killed JFK To Prevent Him From Knowing The ‘Truth’ 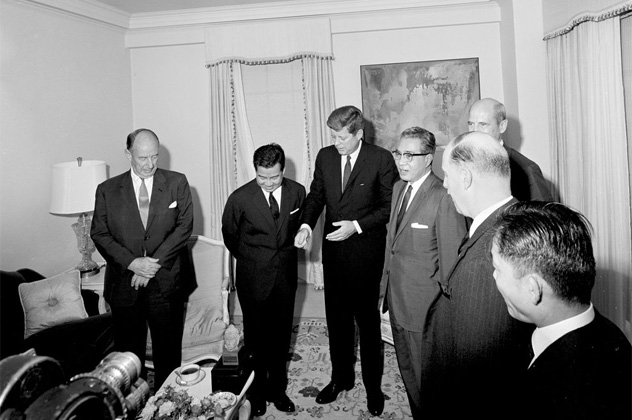 Of all the crazy conspiracy theories surrounding JFK’s death, this one takes the cake. According to this theory, Kennedy—who reportedly experienced a UFO sighting himself sometime in 1963—demanded just 10 days before his assassination that the CIA give him full disclosure in their investigations on these “unidentified flying objects” and then share all the information with NASA. The end goal for the disclosure, he envisioned, was to put Soviet fears of American espionage to rest—and perhaps even persuade them to join the US in a joint exploration program. The CIA then and there decided to have him killed off.

The conspiracy theory itself would be dismissed as wildly crazy were it not for the existence of the document known as the “burned memo.” Allegedly revealed by someone identifying himself as ex-CIA, the partially burned paper—which contains the alleged CIA instructions to assassinate Kennedy for sticking his nose where it didn’t belong—has helped to encourage the view that the CIA never wanted JFK to know the truth. Of course, it’s highly likely that the burned memo is a fake, making this one of the craziest theories ever.