It’s Olympic season, which means only one thing: people dressed up in funny outfits. And that’s not referring to the athletes themselves. Ever since the first official mascot was unveiled in 1972 (‘Waldi’ the dachshund for the Munich Olympics in Germany), mascots have become a fundamental part of the Olympics; a crowd-pandering means to celebrate the hosting nation’s rich, historically-based sense of tradition, as well that of the Olympic games themselves. While that all sounds properly-motivated, sometimes the products of such overbearing enthusiasm aren’t quite as pleasant as the sentiment. And thus, here are ten of the craziest Olympic mascots to date. 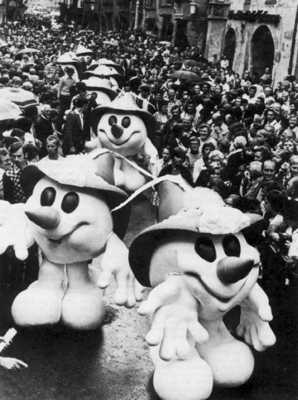 When Innsbruck, Austria hosted the 1976 winter Olympics, they needed a mascot that best represented their country as well as the chilly-season games, so they went with a stubby sort of snowman – who wears a Tyrolean, cowboy-looking hat – named Schneeman. He is, after all, supposed to represent what was referred to as the ‘Games of Simplicity.’ While Scheenman may indeed be categorically a snowman, he looks a lot more like one of the M&Ms mascots, with his torso-head hybrid and molded shoes/gloves where twigs and a large ball of snow should be. 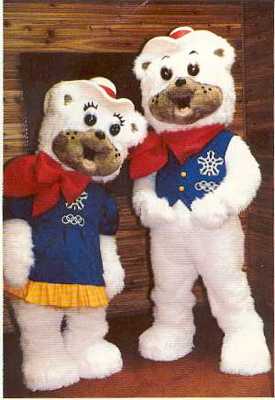 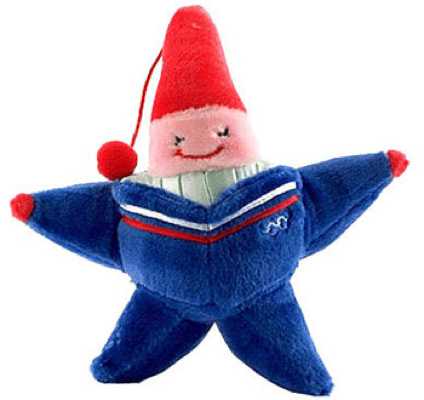 The 1992 Winter Olympics in Albertville, France brought another weird winter symbol to the proverbial snow lodge via ‘Magique the snow imp,’ which was a part-man part-star hybrid, that sounds biochemically impossible. And for that reason, this mascot represents imagination, dreams, and the idea of ‘shooting for the stars’ – a sort of reminder that these games aren’t all about the scoreboards and rulebooks. Side note: Magique was opted for over a much more earthbound ‘Chamois the mountain goat.’ 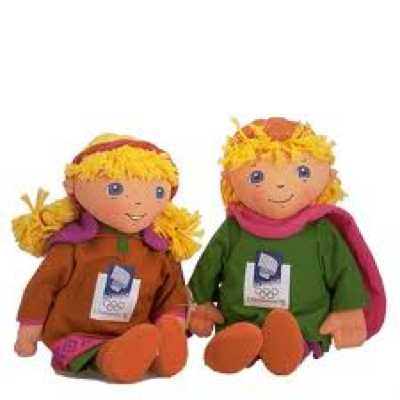 These Norwegian children served as dual mascots for the 1994 Winter Olympics in Lillehammer, Norway. While their innocence is implied – shown holding hands, smiling and waving – it is lost to a degree as they are also shown wearing traditional viking clothing; vikings, of course, renowned for their brutality and savagery (at least according to popular conception, and largely biased historical accounts). Topically Norwegian as it is, you’d think a more pleasant slice of history could be evoked. 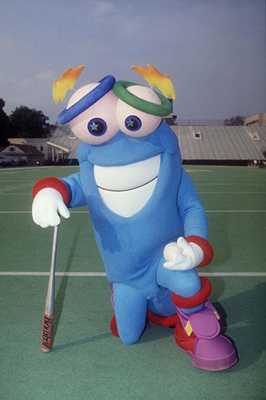 Izzy might as well have been a giant question mark. Izzy was first introduced at the end of the 1992 Barcelona Olympics, at the time going by the name “Whatizit.” Created by a design firm called DESIGNefx, the mascot was later modified into its final form – an oblong, amorphous, indefinite blue mess of thing with a face and tennis shoes – for the 1996 Olympics in Atlanta, Georgia. Not reflective of any kind of U.S. nationalism or tradition, it was the first computer-designed mascot and likely meant to somehow represent the budding silicon age, although it look more like a melted computer mouse. Izzy has been the subject of T.V. specials and video games, all of which underscore the overall meaninglessness of the mascot. 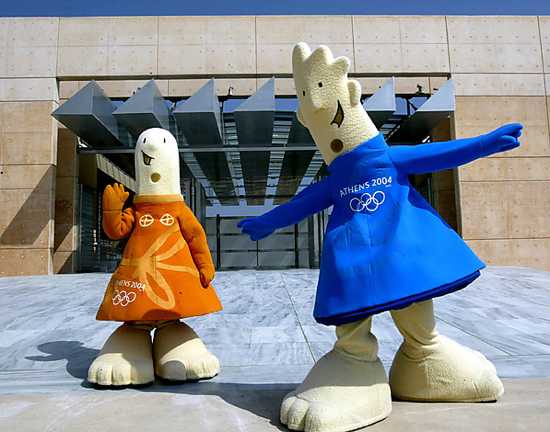 The 2004 Summer Olympics were the second official Olympic games held in Greece since the ancient games, held originally by the Greeks as a means to honor Zeus. This tradition of traditions had to be honored somehow, and the way they elected to do it through two children – named Athena and Phevos – who were supposed to be from present-day, but also fashioned after ancient Greek dolls (as a way to merge the ideals of antiquity and modernity). The result is a Erlenmeyer flask-looking pair, with disproportionately wide feet and long necks. Maybe children actually looked like this in ancients times… (unlikely). 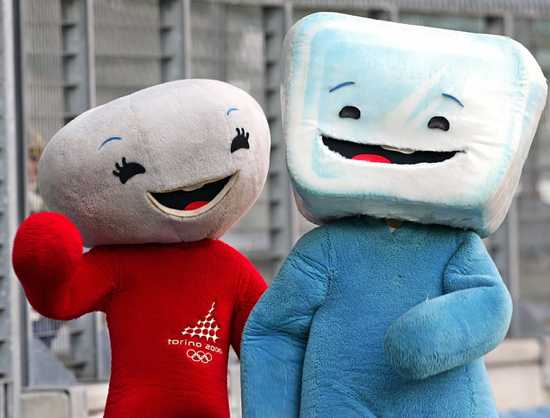 Cute as these mascots are – used in the 2006 Olympics in Turin, Italy – Neve and Gliz symbolized winter. And how simply: Neve (meaning ‘snow’ in Italian) was a man with a personified snowball for a head; Gliz (short for the Italian word meaning ‘ice’ – ‘ghiaccio’) was Neve’s ice cube-equivalent and counterpart. The two in the end looked something like the Blockheads from Gumby. Oh yeah, and the snowball is supposed to be a chick, while the ice cube is most definitely a dude. 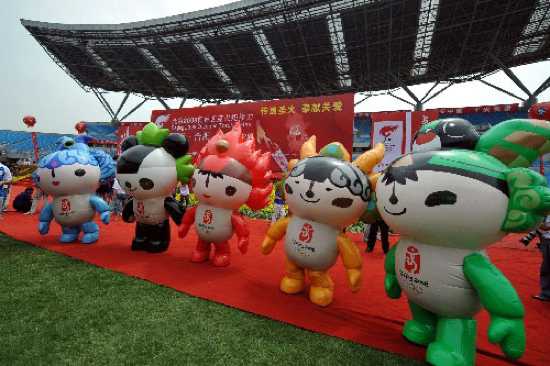 As if one mascot (or even two weren’t enough), here are five. Named Beibei, Jingjing, Huanhuan, Yingying, and Nini (in order) – and appearing during the 2008 Summer Olympics in Beijing, China – the names are arranged to form the Chinese phrase “Beijing huan ying ni” which means ‘Beijing welcomes you.’ As far as each personality goes – a fish, a panda, an Olympic flame, a Tibetan antelope, and a swallow – they represent each of the five Olympic rings, as well as the five Feng Shui elements. 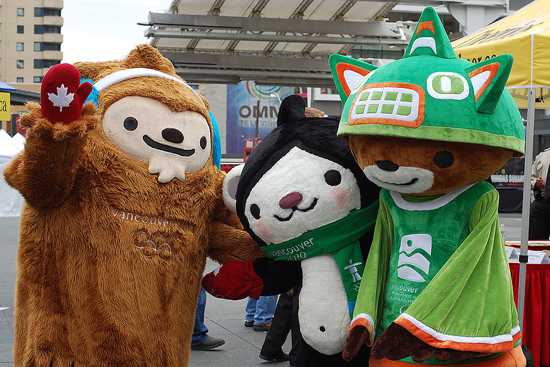 As Olympic mascots have started becoming more Yo Gabba Gabba!-like, these four (well, three and a ‘sidekick’) are no exception; created for the purposes of the 2010 Winter Olympics in Vancouver, British Columbia in Canada, they each represented mythical creatures appearing in Canadian and Northwestern U.S. urban legends (which makes sense seeing as how they were designed by a Canadian and an American pair, which comprises Meomi Design). Miga is a sea bear (Orca whale-kermode bear hybrid) that likes to surf and snowboard in the Vancouver region. Quatchi is a big-foot- or sasquatch-type character that carries a camera, likes to travel, and dreams of being a hockey goalie. Sumi, a ‘spirit animal’ with Thunderbird-wings and black bear-legs, is a nature-lover. Mukmuk is a friendly Marmot (a.k.a their under-developed side-kick), whose name comes from the Chinuk Wawa word which means ‘food’/’to eat,’ Mukmuk being typified by his large appetite. 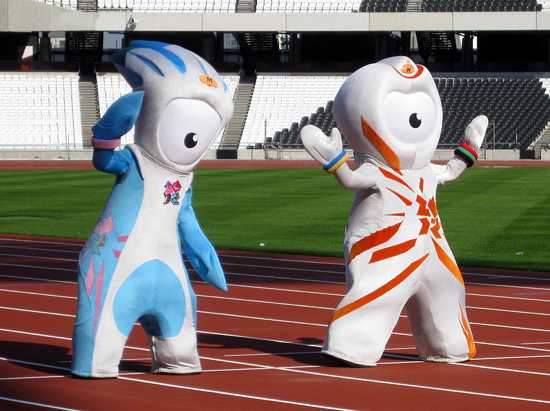 This year’s mascot for the London 2012 olympic games boasts a certainty to be as head-scratching as tradition will allow. Named Wenlock and Mandeville (as tributes to the locations of the first two London-hosted Olympics), the two are characterized simply as ‘steel drops with cameras for eyes,’ symbolic of the Industrial Revolution in London (although the Terminator/T-1000 are evoked more effectively).