Everyone has their pet peeves, and for the most part, there’s very little we can do about them. However, every now and then, someone comes up with an idea that solves one of life’s more frustrating annoyances.

10A Glass That Stops People From Texting In Bars 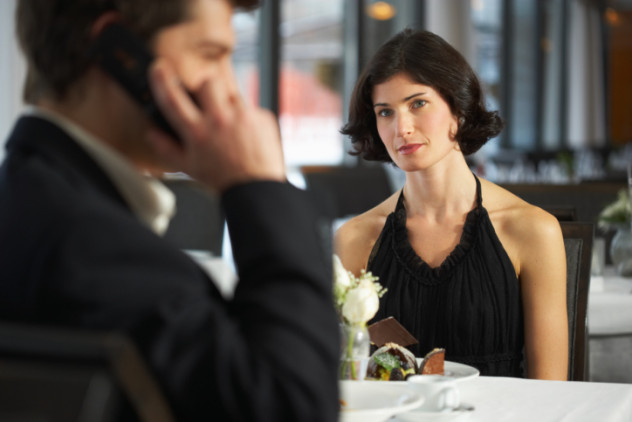 Brazilian artist Mauricio Perussi was so annoyed with people using their smartphones to avoid interaction that he designed something he likes to call “the offline glass.” The glass, which has a small groove cut into the bottom the same size as the average smartphone, can only be placed on a flat surface if you also place your phone down with it. It’s specifically designed and contoured so that any condensation that may appear is directed away from the bottom so it won’t damage the phone underneath.

Perussi designed the glass as part of marketing stunt for Salve Jorge Bar in Sao Paulo. Sadly, it’s not available for purchase yet, but we may soon live in a world where you can actually have a drink with your friends without everyone pulling their phone out every five minutes. 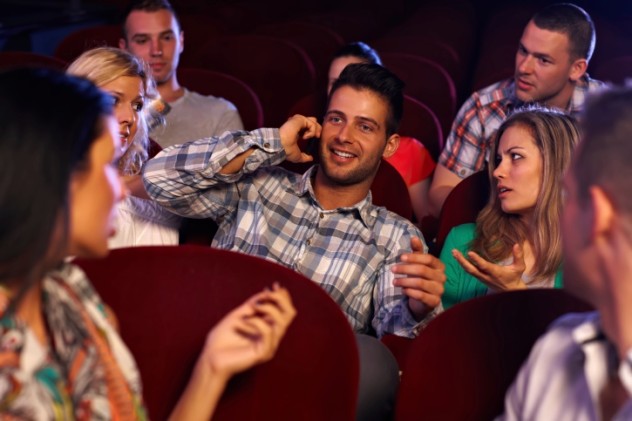 Few things in life are more annoying and anger-inducing than hearing someone’s phone go off in the middle of a movie. However, despite the near-universal outrage caused by the behavior, very few cinemas enforce rules to prevent people from doing it.

Alamo Drafthouse Cinema decided to do something about it. If you’re caught using your phone in an Alamo Drafthouse theater, you will be asked to leave. If you call to complain, the company may upload your angry voicemail to their official YouTube channel so everyone can laugh at you for complaining about a theater being rude for asking you to stop being rude.

Catherine Small, a volunteer from the Prince Charles Cinema in the UK, takes it even further by dressing up like a ninja and sneaking up on people answering the phone in the middle of movies. Lamentably, neither of these ideas have caught on elsewhere.

8Restaurants That Have Banned Tipping 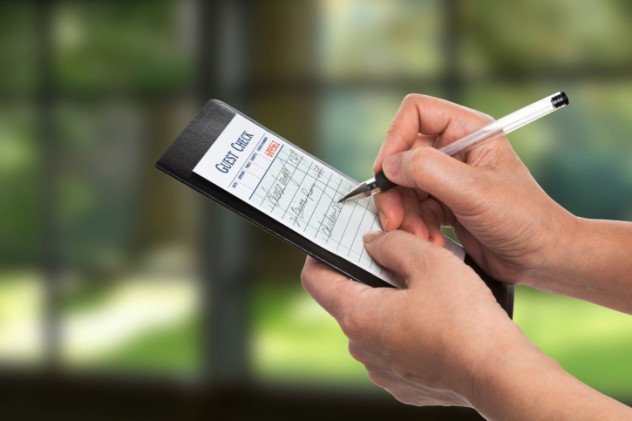 Whether you agree with tipping or not, bringing up the topic is all but guaranteed to cause an argument. That may be why Bob Conway banned the practice altogether in his restaurant, Packhouse Meats. Aside from making his customers happier, Conway’s staff is making more money because they earn a flat wage and commission on their sales instead.

San Diego restaurateur Jay Porter also eliminated tipping from his restaurant, the Linkery, and instead began charging a flat service fee. Not only did his customers prefer this, Porter noticed that service in his restaurants got better because his servers were no longer “profiling” people based on how much they assumed they would tip. 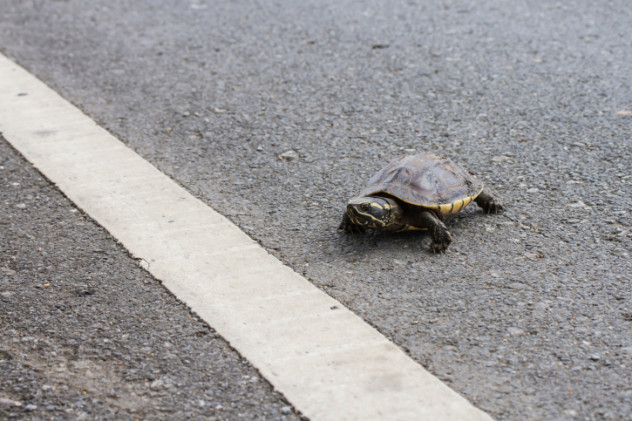 Unless you own a Segway, you have no doubt found yourself becoming unreasonably frustrated and annoyed at someone walking slowly in front of you. In Sheffield, England, a little girl named Chloe Nash-Lowe was so annoyed with this problem at her local shopping center that she wrote a letter asking them to install walking lanes for different speeds to alleviate the problem. Amazingly, the shopping center actually granted her request and installed walking lanes in early 2014.

The idea was such a huge hit, it’s surprising that no one else has taken their lead. There’s certainly a demand for it: In 2010, prank group Improv Everywhere installed “tourist lanes” in New York as a joke, but people on the street cheered and high-fived them because they thought it was such a good idea.

6The Browser Extension That Removes Annoyances From Your Facebook Feed 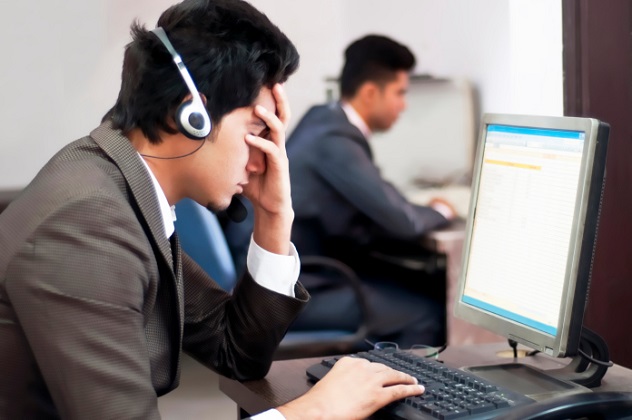 Facebook is something of a necessary evil, but baby pictures, political rants, and pictures from 9GAG make the service almost unbearable sometimes. Chris Baker and his friends, Pete Marquis and Yvonne Cheng, were all so annoyed at constantly seeing pictures of other people’s children that they developed a Chrome extension to replace them with “awesome stuff” like pictures of cats or hot dogs. Dubbed “Unbaby.me,” the extension works by searching for keywords that are commonly posted with baby pictures.

It was such a huge success that its makers eventually expanded the concept to include anything that might annoy you. This new service, called Rather, will replace anything on your feed you don’t like with something you’d rather see. Want to replace all mentions of Obama with a picture of a giraffe or straight up delete every link from Upworthy? You can do that. The service can even be used to hide spoilers so you never again have to worry about someone ruining a movie or TV show for you. 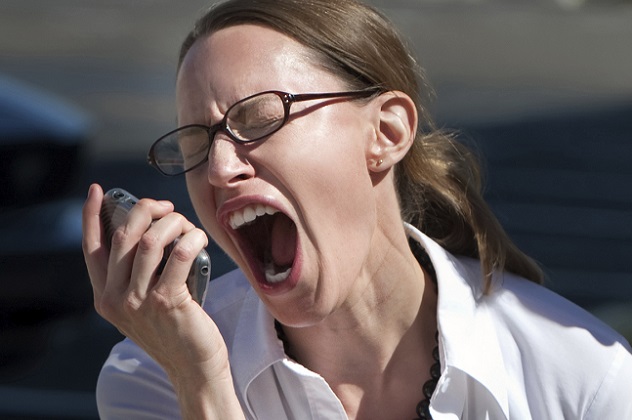 In our less-proud moments, we’ve all gotten sloshed and decided that now was a good time to tell our ex or boss exactly what we think of them, only to reap the consequences in the morning. Thankfully, there’s an app for that.

Stop Drunk Texting allows you to lock a specific contact on your phone for a period of 12 hours, which is more than enough time to stop you from contacting them during even the heaviest drinking session. While a contact is locked, you’re unable to contact them but retain full use of the other features of your phone, so unless the contact you choose to lock is the police, you shouldn’t get into too much trouble.

Another service to stop people from sending messages while drunk has sadly been discontinued. Google Mail Goggles was an option for Gmail users introduced in 2008. When activated, the application required users who were sending emails at peak drinking hours to answer a series of simple math questions before a message could be sent. Despite receiving great reviews from tech sites and users, it is no longer an option.

4The Device That Shuts People Up 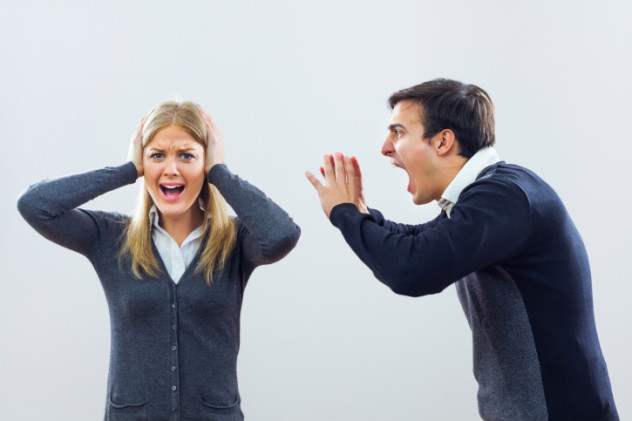 We all have that one friend who simply never shuts up. Everyone who isn’t that friend should be very interested in the speechjammer gun, an invention that can literally stop someone from talking almost instantly. The device, which was invented by two Japanese scientists named Kazutaka Kurihara and Koji Tsukada in 2012, works by using “delayed audio feedback.” The phenomenon results in the interruption of a person’s thought process when their own voice is played back to them with a slight delay.

The speechjammer gun mostly consists of a directional microphone and recording device. During testing, it demonstrated the ability to shut people up from over 30 meters (98 ft) away. The device is purely experimental and unavailable for purchase, but with some technical know-how, anyone could make one.

3The Device That Prevents Texting While Driving 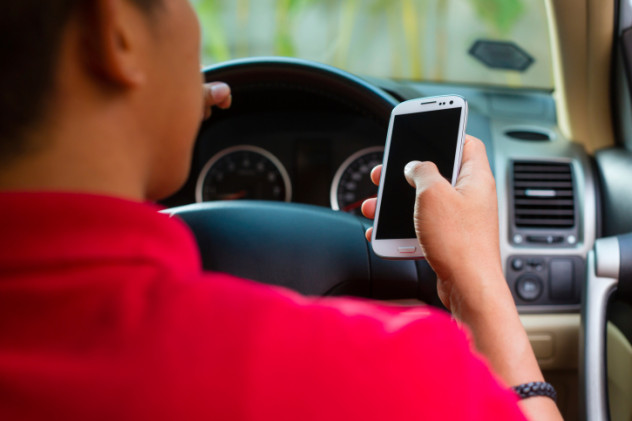 According to a study by the Centers for Disease Control in 2013, more teenagers are killed annually by texting while driving than drunk driving. Teens who texted while driving were also found to be less safe overall: The teens who did it the most were also the most likely to refuse to wear a seatbelt.

The problem is as irritating as it is deadly, resulting in one man becoming so annoyed with teenagers cutting him off and veering across traffic because they were looking at their phone that he invented a device to stop it from happening. Brandon Butts’ invention, called “Quiet Zone,” works by sending out a signal that blocks the use of phones in a given area. As an added layer of protection, if the teenager tries to uninstall or delete the app, an email will be sent to their parent or guardian.

For safety reasons, the device only blocks phones with a relevant app installed while the engine is running, so if you’re in an accident, you’ll still be able to call for help. Likewise, it won’t stop the person next to you from using their phone. 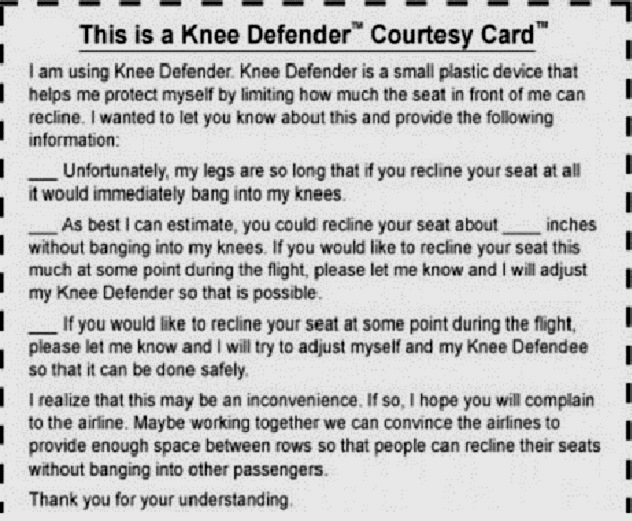 If you’ve ever been on a plane, you have no doubt been in the unique and antagonizing position of having the person in front of you bash your legs with their seat as they try to adjust it every 20 minutes for the entire duration of the flight. Even if you’re not an especially tall person, this is still likely something you’ve experienced just because planes aren’t very big. A 2013 poll found that lack of legroom was the single biggest complaint among passengers, trumping even delays and astronomical fees.

It’s obviously no one’s favorite part of air travel, but one 193-centimeter (6’4″) frequent flyer may have gone too far with his solution. Ira Goldman’s “Knee Defender” is a device that makes it impossible for the person in front of you to recline their seat. The device even ships with a courtesy card that you’re supposed to hand to the person seated in front of you, explaining that you’re the reason they can’t recline their seat. These antagonistic tactics resulted in the diversion of a flight when a fight broke out between two passengers over the use of the device. 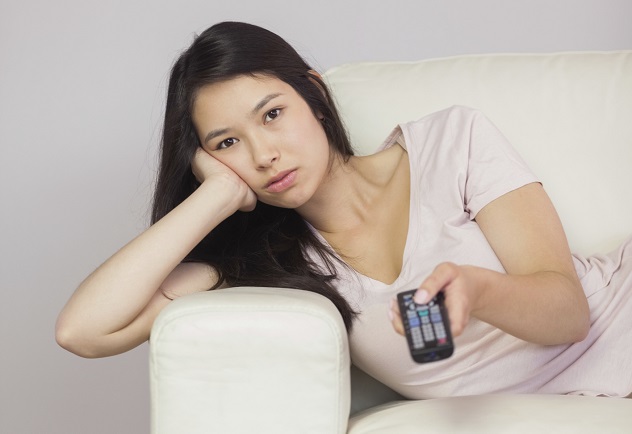 Research has found that when people are confronted with a large number of options, they actually find it more difficult to make a choice. Furthermore, when people choose from a larger pool of options, they will often feel less satisfied with their choice than someone who chose from a smaller pool because “there’s often that nagging feeling we could have done better.” That’s why services like Netflix that offer consumers literally thousands of viewing options often cause people to scroll into infinity without actually picking anything to watch.

That’s where Netflix Roulette comes in. Simply put, the website randomly generates a show or movie available on Netflix for you to watch. If you’re not comfortable giving up that much control, you can tailor the search by specifying things like genre or rating. While the service doesn’t guarantee that it will find something you will like, it will put an end to your choice paralysis once and for all.

If you want to see more of Karl’s work you can follow him on Twitter or read about Ass-Kicking Athletes of Antiquity.