A few short months ago, the Islamic State (ISIS) made headlines around the world when they captured Mosul, an Iraqi city roughly the size of Boston. For most of us, it was the first we’d ever heard of the jihadist group. But the ISIS story is more complex than one of simple atrocities and sheer manpower. In fact, it’s a story that takes us to some very dark places indeed.

10 The Agreement That Started it All 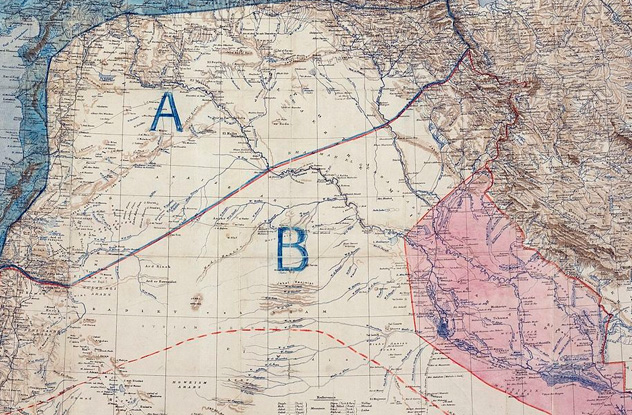 Unless you’re deeply familiar with Middle East history, you probably haven’t heard of the Sykes–Picot Agreement. In 1916, the European powers met to divide Ottoman Asia among themselves. Although the meeting’s decisions wouldn’t come into effect until the end of World War I, they sowed the seeds for the modern Middle East. Britain and France received carte blanche to create new states in the region as they saw fit—a power that would have devastating consequences.

For starters, the new states represented a great betrayal. In 1916, the British ambassador to Cairo promised the ruler of Mecca an Arab kingdom in return for help against the Ottomans. Instead, the Middle East was carved up into various countries, often ignoring tribal and ethnic boundaries. Even when the British tried to honor some of their commitments in Damascus, the French responded by invading and imposing brutal direct rule that created simmering resentments.

These resentments are still causing conflict in the region. Only a few weeks ago, ISIS released a propaganda video entitled “End the Sykes–Picot Agreement.” By drawing on the memories of this historical injustice, they’re still able to recruit new fighters almost 100 years later. 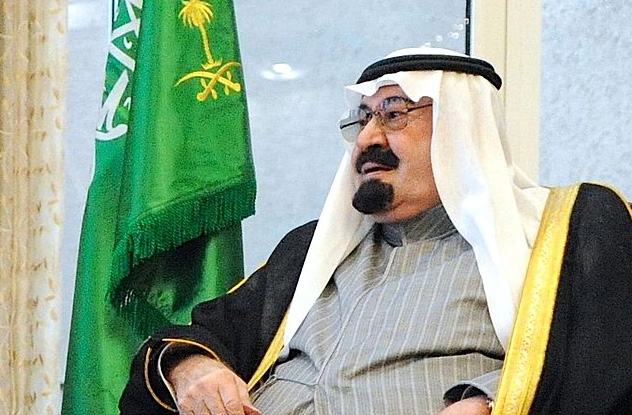 It’s been known for years that Saudi Arabia funds terrorist groups. But in the case of ISIS, the connection may be far deeper and far murkier than many have realized.

Last month, former MI6 head Sir Richard Dearlove revealed a discussion he’d had with a Saudi intelligence chief in the months before September 11, 2001. The Saudi predicted the wholesale slaughter of the Middle East’s Shia minority in the very near future. According to Sir Dearlove, this may have been less an off-the-cuff comment than an admission of Saudi Arabia’s regional policy.

As a country founded on Wahhabism, Saudi Arabia has many close ideological links with Sunni Islam—and an instinctive dislike of Shia Muslims. Under Assad, Syria is a Shia country, while Saddam’s fall led to Shia power in Iraq. For the last decade or so, Saudi foreign policy favored destabilizing these Shia states by funding Sunni extremism. In both Iraq and Syria, millions of dollars went out to jihadists, whose ideological descendants went on to form the backbone of ISIS.

For Saudi Arabia, this may be the worst mistake in the country’s history. Less than a month ago, ISIS announced via Twitter that the ideologically impure House of Saud would be its next target. 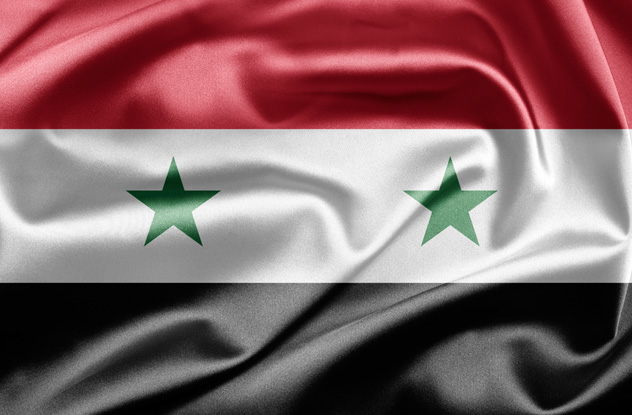 The adage “the enemy of my enemy is my friend” has been around for centuries. It’s also monumentally dumb, as Bashar Al-Assad is currently finding out.

In 2005, Assad had just witnessed the fall of another dictator right across his border at the hands of American forces. His intelligence services, figuring that a failed Iraq was preferable to US victory, decided to destabilize the country in the quickest way they could: by sponsoring terrorism.

Since Iraq was now under the control of a Shia government, that meant handing out money to Sunni extremists in Al-Qaeda. From 2005 until the US withdrawal, Syrian intelligence trained their own enemies in causing maximum destruction, sending them into Iraq to foment chaos. It worked. By 2006, Iraq was a mess.

But Assad’s funding of jihadists didn’t stop there. When civil war finally came to Syria, the regime bizarrely began pumping money into anti-Assad terror groups, hoping to paint the rebels as extremists to keep the West from siding with them.

This was like throwing gasoline onto an inferno. The Syrian money found its way to Al-Qaeda splinter group ISIS, who used their training and weapons to turn on Assad. The Syrian dictator is now fighting a monster of his own creation—one that may ultimately cause his downfall. 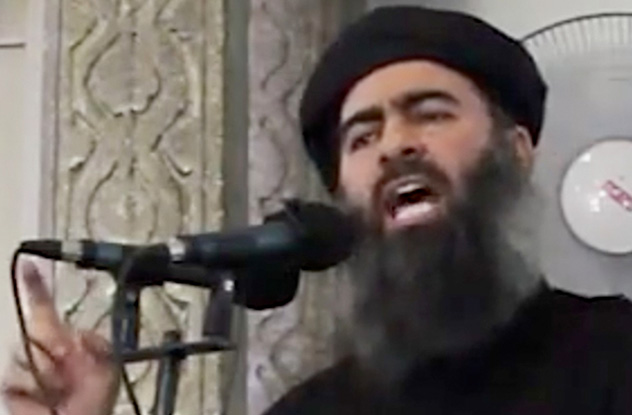 In 2004, Abu-Bakr Al-Baghdadi was a quiet young man with a passion for soccer. Studying at Baghdad University, he was universally thought of as polite and shy and known to his friends as not especially violent.

For reasons that are still unclear, Al-Baghdadi was detained by US forces and thrown in Camp Bucca. Intended as a holding pen for violent radicals, it instead became a breeding ground for extremism. Human rights violations comparable to those at Guantanamo Bay turned the captives even further against the West, while hard-line jihadists there used the place as a recruitment center. According to former camp guards, it was here that Al-Baghdadi became radicalized.

US forces now released Al-Baghdadi into an Iraq teetering on the brink of the abyss. In 2010, Al-Baghdadi became leader of a marginal rebel group known as Al-Qaeda’s Islamic State of Iraq. Two years later, his group split from Al-Qaeda, renaming themselves ISIS. 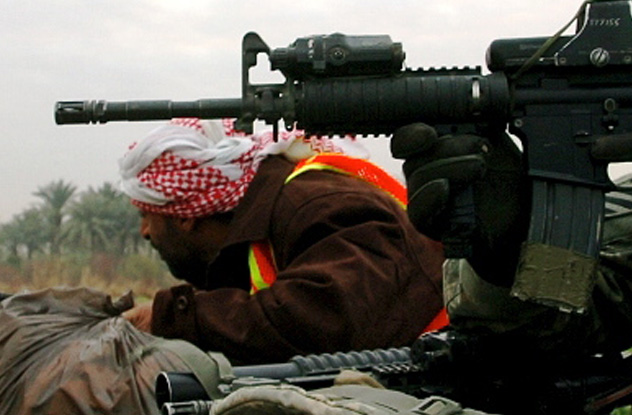 As Al-Baghdadi was languishing in Camp Bucca, General David Petraeus hit upon an ingenious scheme. Rather than fighting Al-Qaeda themselves, Western armies would convince the terrorists’ natural allies to do the fighting for them. Known as the “Awakening,” the plan paid Sunni tribesmen to eliminate Al-Qaeda from their regions in return for political power and American protection. By getting the largely Saddam-supporting Sunnis on the Americans’ side, Petraeus hoped to pave the way for power-sharing talks between Sunni and Shia. Things didn’t work out as planned.

Although Al-Qaeda were temporarily defeated, the concessions the Sunni tribesmen had hoped for never materialized. While attempts were made to start a dialogue, they were far from serious. The result was a disillusioned Sunni minority and a Shia government that didn’t even have to pretend at impartiality. This failure to address Iraq’s political imbalances would have dire consequences. 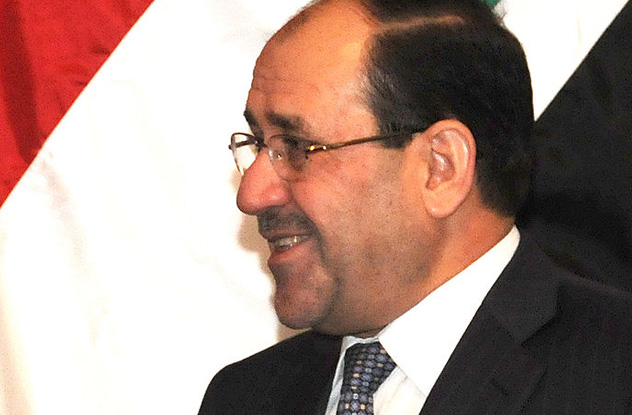 Under Prime Minister Nouri Al-Maliki, Iraq went from a Sunni dictatorship to a Shia one. Instead of attempting to rebuild his fractured, war-torn country, Maliki used his time in power to conduct a campaign of vengeance that was heart-stopping in its brutality.

Sunni citizens were detained on trumped-up terrorism charges and thrown in prisons as horrific as anything Saddam dreamed up. For days on end, inmates were mutilated with knives, burned with electricity, and raped with broken glass. Guards would threaten to rape the mothers and sisters of prisoners. Random executions were common.

By 2011, things were so bad that several Sunni provinces voted for semi-autonomy or full independence. The Iraqi constitution directly supports such an action, so they expected to get their way. Instead, Maliki blocked the move. When people protested, he cracked down viciously.

The resultant bloodshed sent tensions to a breaking point, acting as the perfect recruitment tool for a fledgling ISIS. Sunnis, facing a campaign of ethnic cleansing, flocked in droves to the terror group offering them protection. By refusing to form a fair government, Maliki effectively signed Iraq’s death warrant. 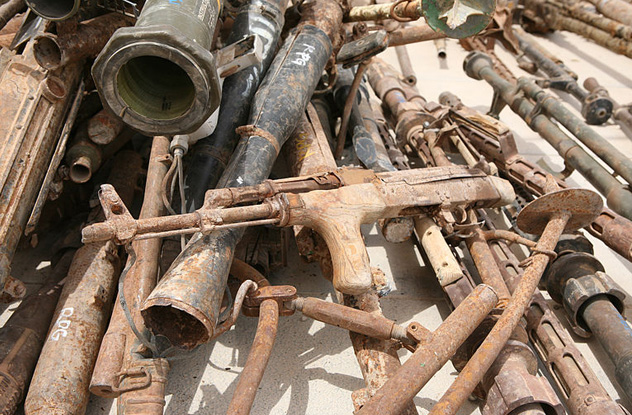 After Saddam was toppled in the 2003 invasion, it became essential to restore order to Iraq as quickly as possible. With Maliki now installed in power, Western governments supplied his army with high-powered weaponry to fight Al-Qaeda. Maliki used this same weaponry to massacre Sunni protestors, and ISIS is now using it to return the favor.

As ISIS went on the rampage in Northern Iraq, thousands of Iraqi troops simply deserted. Entire battalions vanished into the desert heat, leaving behind a gigantic stockpile of weapons ripe for the picking. Humvees, tanks, machine guns, armored vehicles, and devastating long-distance artillery guns all fell into ISIS’s hands—an unwitting present from the American taxpayer.

In a case of history repeating itself, Western states are now preparing to arm Iraq’s equally divisive post-Maliki government in the fight against ISIS. 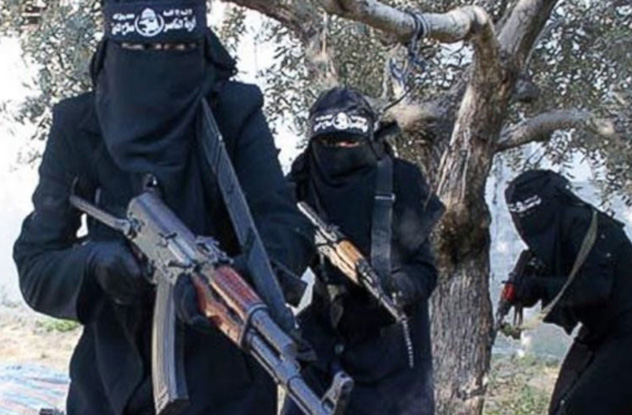 It probably won’t come as a shock to learn that ISIS has a very poor attitude toward women. In the group’s de facto capital of Raqqa, anyone not in possession of a Y-chromosome can be arrested, beaten, and tortured if found alone outside. But what may be shocking is who is doing the beating: other women.

Across Raqqa, women loyal to ISIS have taken it upon themselves to enforce strict Islamic dress codes and behavior on other women. Those who flout these laws leave themselves open to vicious punishments. In July, a group of 13 students and teachers at a girls’ high school were detained for wearing the veil “too thin.” As punishment, they were dragged to an ISIS detention center and publicly whipped. They were the lucky ones. Others to fall foul of ISIS have been raped.

The rise of the ISIS female brigades is just one area in which the terror group is proving itself worryingly inclusive. Other reports have highlighted that the group’s canny social media team are specifically trying to recruit Western women. Although a popular Internet myth says ISIS is terrified of women, the truth is far more disquieting. Far from running scared of female soldiers, ISIS is actively using them. 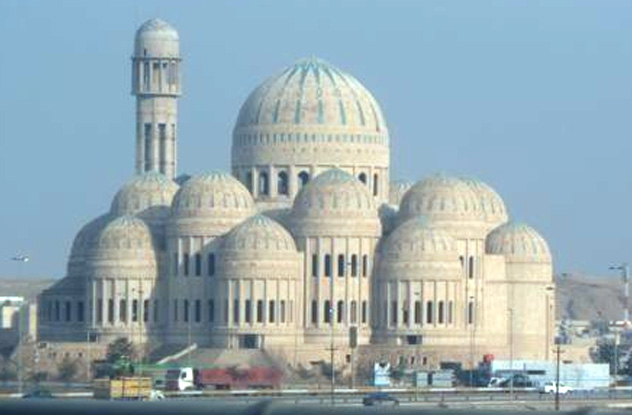 Immediately after ISIS seized Mosul, the city’s Christians and Yazidis received an unexpected message. According to an ISIS spokesman, the two religious minorities were “welcome” to stay in the city and had “nothing to fear.”

Far from being a trap, this was apparently the official ISIS position. At the time, individual ISIS sectors were allowed to determine the fate of non-Muslims under their control. Even within such a highly trained killing machine, there were sometimes flashes of empathy. In Mosul, the local leadership decided they’d rather have live Christian and Yazidi subjects than a pile of corpses.

This decision didn’t last. A little after Mosul fell, Al-Baghdadi appointed himself caliph and issued a decree. No longer would Christians, Kurds, Yazidis, and other minorities coexist alongside ISIS. Instead, they would be eliminated. Suddenly, protections across ISIS-controlled Syria and Iraq evaporated. Genocide was now underway.

In the weeks since, ISIS have slaughtered thousands and have threatened to slaughter hundreds of thousands more. 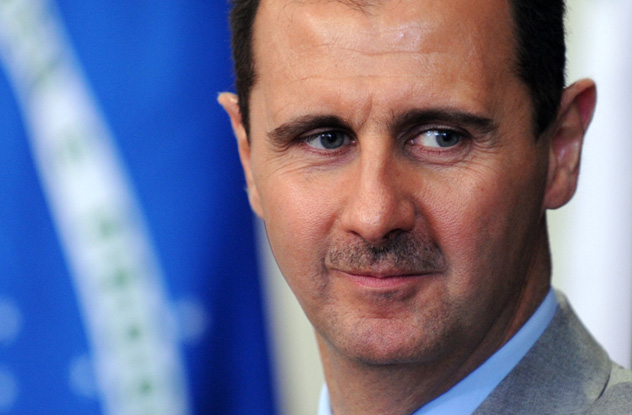 Faced with the unfolding mess in Iraq and Syria, our leaders are left with a difficult and complex decision. It’s unclear what the appropriate response is, and politicians have been all over the board in looking for a solution. In the UK, prominent politicians even called for an alliance with Iran to head off the threat, raising the question of whether former enemies with atrocious human rights records are really the lesser of two evils.

In America, the idea of Washington making overtures to Assad (pictured above) was even briefly entertained. However, that idea was rejected. Obama has recently stated that he still doesn’t have a strategy, which is rather concerning to many observers. In the absence of a strategy, the US has carried out at least 115 air strikes against ISIS, but even US Secretary of State John Kerry has said that bombs alone won’t be sufficient to solve the problem, calling for a “world coalition” to form and work together on the issue.

Whatever our leaders choose will affect millions of lives and shape the Middle East for decades to come. It may yet turn out that the troubles in the region are only just beginning.