Most people have basic talents like singing, dancing, and so on. But some people can do much more than that, and most of them can’t even control it themselves.

As sad as brain damage is, a tiny percentage of people who suffer from it come out the other end with an unusual new ability. People who gain special abilities through a form of head trauma are called “acquired savants.” In general, savants have extreme mathematical capabilities or can, say, draw the entire city of Rome in striking detail.

In 1979, Orlando Serrell was playing a baseball game in elementary school when a stray ball slammed into the side of his head. However, this didn’t faze him, and he kept playing. For one year, Serrell experienced headaches that would last for hours. By the end of that year, he realized that he could perform superb calendar calculations, such as knowing how many Mondays there were in 1980. Along with this incredible skill, he could remember every detail of every day, much like a hyperthymesia sufferer. In Serrell’s case, this was obviously a much less severe form of brain damage, yet it was still head trauma.

When it comes to savants, regular people are often jealous of their skills. In reality, the reason savants are able to have such great brains is because they take everything literally and look at the tiny details that we don’t focus on. This is why savants have great difficulty in taking tests, like the ones in school. Those tests ask much broader questions and don’t reflect the focused way savants think. 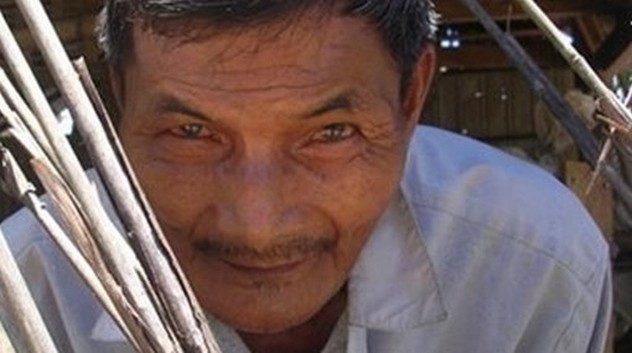 Vietnamese farmer Thai Ngoc suffered a fever in 1973, which seemed like nothing much at first. When the fever cleared up, he had developed a bad case of insomnia. Thinking it would go away in a week, he didn’t give it much thought. Now, over 40 years later, he hasn’t slept since the night of the fever. After over 12,000 nights of no sleep, you would think he’d be dead. However, after examinations, the only thing wrong with him were minor liver problems. The only complaint from Ngoc was that he’s a little grumpy from not experiencing sleep for over three decades. He tried countless home remedies and even tried drowning himself in alcohol. Nothing seems to work. So why is his insomnia persisting for so long?

One of the explanations could be a phenomenon called “microsleep.” Micro naps occur when a part of your brain gets tired and decides to quickly take a few seconds to nap. Most everyone has probably experienced these when tired—our brain temporarily shuts off and then goes back on again. Falling asleep while driving is a good example of microsleep. This could be how Ngoc has been getting by for so long. 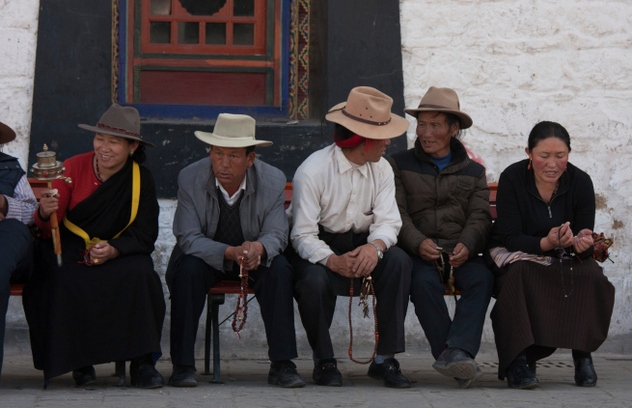 Sherpas are known for guiding people up Mount Everest, the tallest mountain in the world. The Sherpas of Nepal and most Tibetans have traits that allow them to survive up in the mountains at around 4 kilometers (13,000 ft) above sea level. Just a few years ago, researchers had no idea why they were able to do this. Now, they know that 87 percent of Tibetans have a specific gene that allows them to use up to 40 percent less oxygen than the average human.

The EPAS1 gene is responsible for Tibetans being able to live at such high altitudes for so long. For most people, going up as high as 3 kilometers (10,000 ft) causes their hemoglobin levels to rise. Hemoglobin is the substance in our blood that helps carry oxygen throughout the body. The EPAS1 gene doesn’t let Tibetans’ hemoglobin levels rise beyond a certain extent, which prevents heart-related problems that normal people would experience.

According to researchers, Tibetans gain this ability from now-extinct beings called the Denisovans. The Denisovans lived around the area where Tibetans live now, and their fossils have been found to contain the same EPAS1 gene. Tibetans (along with some Pacific Islanders) seem to be the only ones with this gene, because the Denisovans interbred, forming a pool of the same genes over and over until extinction. 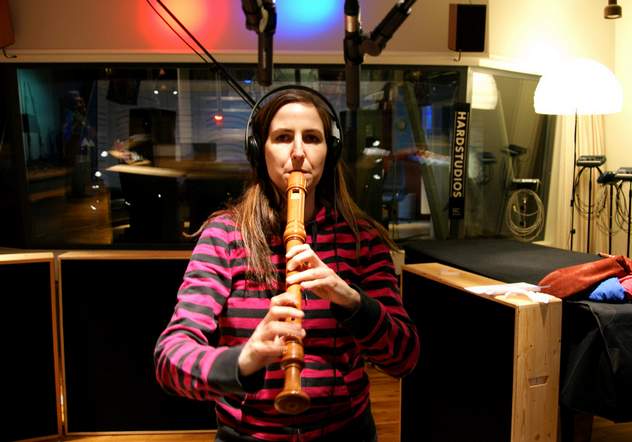 By now, most people know about the incredibly strange condition called “synesthesia,” which is when someone’s senses are crossed. For instance, when they eat a red skittle, it may taste like cherry, even if it didn’t actually have a flavor. Some people can feel colors with their eyes closed. For Elisabeth Sulser, her sight, hearing, and taste have been mixed, allowing her to see colorful sound waves and taste music. Assuming that this was a normal thing, she had been living her entire life thinking other people could also taste and see music and sounds. However, when Sulser realized no one else had these capabilities, she felt alone because she couldn’t share what she was feeling with anyone. Synesthesia isn’t all good, though. People who can see sounds are constantly distracted in noisy areas and—as you can imagine—get headaches quite frequently.

Luckily, Sulser is a musician, so these abilities help her out significantly, letting her form symphonies and melodies out of colors. While still a mysterious condition, Sulser’s synesthesia doesn’t seem to have any adverse affects, especially since she only sees music (instead of regular sounds).

The case of SM, the fearless woman – Bytesize Science

Known anonymously as “SM,” this woman suffers from an unknown disease that has caused her amygdala (part of the brain that controls fear) to completely deteriorate. Now a mother of three, SM is not able to feel fear, no matter how scary the situation is. In a study that tested her fearing abilities, SM watched the scariest of scary movies and touched a snake’s tongue.

When SM was a child, however, she remembers being afraid of the dark, but by the time she’d reached early adolescence, her amygdala was already destroyed. In fact, she even describes an encounter with a man when she was walking through a park at night. He ran up to her and put a knife to her throat. Instead of being terrified, she calmly told him he would have to go through her guardian angel first, which scared him off. Today, she describes the experience as “strange.”

Dean Karnazes, the Ultramarathon Man I run for 500 km but I am the average man

Anyone who has ever taken part in a marathon knows that at some points you have to take a quick break. Yet for Dean Karnazes, something about his muscles allows him to run forever.

Normally, the human body gets energy from glucose, which also produces lactate. If the lactate buildup gets to be too much, the body will produce lactic acid, which causes it to shut down. Dean’s body isn’t affected by the lactate buildup, allowing him to never get tired. Dean started running in high school when he joined a track team. While the rest of his team could only do 15 laps, he did 105 before he was told to stop. Since then, he had stopped running completely until he turned 30.

Obviously interested, some scientists in Colorado tested his endurance. They said the test would take maximum 15 minutes, but he kept going on a treadmill for over an hour. Because of this unique ability, he once ran 50 marathons in 50 days.

In Southern Asia, specifically Tibet, monks claim to have learned how to control their body temperatures using an ancient form of meditation called “Tum-mo.” According to Buddhism, the life we live is not all there is; there is a sort of alternate reality. By practicing Tum-mo, these monks are supposedly reaching that other world. When they do Tum-mo, they generate a significant amount of heat.

Chris Robinson woke up one day after an extraordinarily vivid dream in which he saw two planes crash in midair. Since that day, he has allegedly been able to see the future in his dreams. Robinson can also wake up exactly when he wants and record his dreams in a dream journal he keeps.

Stan Lee himself (with the help of Daniel Browning Smith) tested Robinson by setting up an experiment. He told Robinson that they would take him to 10 places the following day, and his job was to dream about the locations they were going to visit. The next day, Robinson wrote down each of the locations he dreamed about and put them in envelopes. As they drove to each location, they opened the corresponding envelope and sure enough, Robinson had gotten everything right.

This seems incredibly suspicious, and it may just be. Robinson was tested again. This time, he had to guess what item was placed inside a box. Over the course of 12 days, Robinson took 12 separate guesses about as many different items. He only got 2 out of 12 right, which wasn’t significant enough to prove the existence of psychic powers.

One of the most death-defying and incredible performance artists in the world, Ronningsbakken first got into the art of balancing when he was just five years old. His interest was sparked when he saw a person do one-of-a-kind feats on TV. When Ronningsbakken was 18, he ran away to a circus and performed there for 11 years. He knew that balancing was exactly what he wanted to do.

Now in his early thirties, Ronningsbakken puts his life on the line by riding a bicycle upside down on a tightrope over a canyon and doing handstands on a bar that hangs under a flying hot-air balloon. In the video above, you can see him ride a bicycle backward down one of the curviest roads in Norway. Ronningsbakken isn’t fearless, however, admitting that he gets anxiety before some stunts. He claims that fear is part of what makes us human and that if he ever lost his sense of fear, he’d immediately quit; he’d be afraid of not being fully human.

In Saransk, Russia, a young girl named Natalya Demkina suddenly began seeing inside people’s bodies. Since a young age, Demkina had people come to her apartment to have her look inside of them and figure out their sicknesses.

Interested in this “X-ray girl,” Dr. Ray Hyman decided to fly her to New York City and run some tests. One of the tests involved six patients who had various conditions—like a removed appendix or a metal plate in the skull from a brain tumor—and one control patient who didn’t have any medical conditions. They gave Demkina six cards with all the different conditions on them and then sent the patients in one by one. She got four of them right, which sounds fairly impressive (even though she claims to be able to see down to a cellular level).

Interestingly, however, she mixed up the metal-plated skull and the appendix, which are pretty bad mistakes for someone who can allegedly see inside of people. In the end, the choice is yours as to whether you prefer to see a doctor or someone with supposed X-ray vision.