Unsettling as it may be, every person is controlled by psychological effects. Some are common, while others are thankfully rare. Either way, many of these complex processes are strong enough to override logic and empathy.

There are deep roots to why sexists rarely change or certain strangers win trust more easily. As with all mental arenas, things can also get deliciously weird. Science has discovered that humans can psychologically hibernate, that a person’s dark side has a number, and that the trauma of Santa Claus destroys trust in parents. 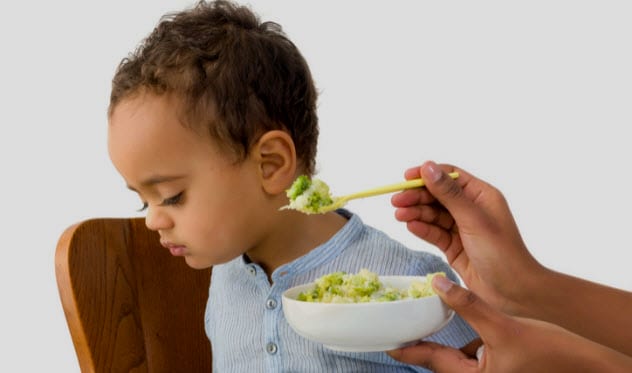 Parents who use reverse psychology to make kids eat broccoli tap into an interesting psychological phenomenon. It is part of something called “reactance,” which is how easily someone reacts when they feel their freedom is threatened.

That, in a nutshell, is reverse psychology. You make someone think that something valuable is going to be taken away. In a kid’s eyes, broccoli is not valuable. Broccoli sucks. But the ability to choose is priceless. When a parent tells them not to eat the vegetable, choice is removed. That green horror suddenly looks a lot more alluring—eating it returns one’s ability to make choices.

Reverse psychology is not an ironclad form of manipulation. It depends on age and reactivity. Some kids will see right through their parents’ tactics. Others, mostly toddlers and teens, are reactive enough to get duped.

Agreeable adults with calm natures are less likely to be manipulated. Those who are fiery-tempered and emotional are more prone to fall prey to reverse psychology.[1] 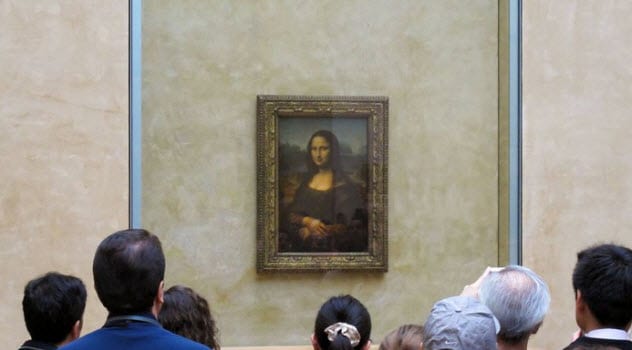 Leonardo da Vinci’s Mona Lisa hangs on a bare wall in the Louvre. One could be forgiven for thinking the iconic canvas needs more fanfare. However, there exists a reason for the minimalism.

Scientists are starting to understand something that art museums have understood for decades—distraction dulls one’s appreciation of beauty. As is sometimes the case, researchers arrived at a conclusion that ancient philosophers already expressed very well.

Immanuel Kant, an influential philosopher from Germany, once said that beauty is not a trademark of an object but rather subjective to the beholder. In other words, how many pleasing details the eye detects in a painting or another lovely item depends on how conscious the viewer’s thoughts are at that moment. Distraction blocks something in the mind, causing a person to see about 15 percent less beauty.[2] 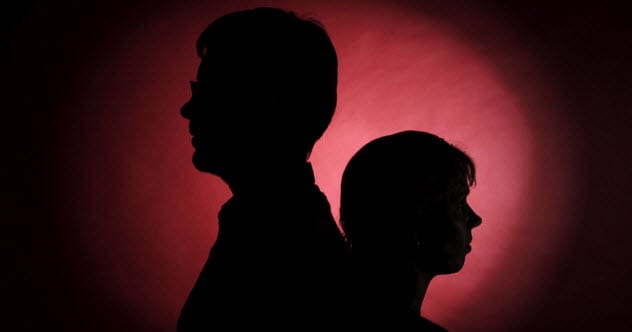 These days, strangers cannot be trusted on sight. However, a brain quirk works against the rules of safety.

In 2018, scientists found that people trust strangers faster when they resembled someone trustworthy from their past. Even if that “someone” was a beloved sitcom character. Similarly, a stranger resembling an abusive ex-husband or a movie gangster might struggle to win the trust of the wife who divorced her partner and was always creeped out by Al Capone.

Surprisingly, no dead ringers were required to trigger this nearly automatic effect. People judged strangers despite a minimal resemblance to good or bad past experiences. Researchers even discovered that study participants made these calls while unaware of the subtle links.

Volunteers were trained to mistrust certain “partners” on a screen who behaved selfishly during a money game. Even when the thieving characters were digitally morphed, participants subconsciously recognized them and made the choice to stay wary.[3]

For some reason, this visual system has a bigger say than logic. The latter would dictate that there is no information available about the stranger to classify him as either good or bad. 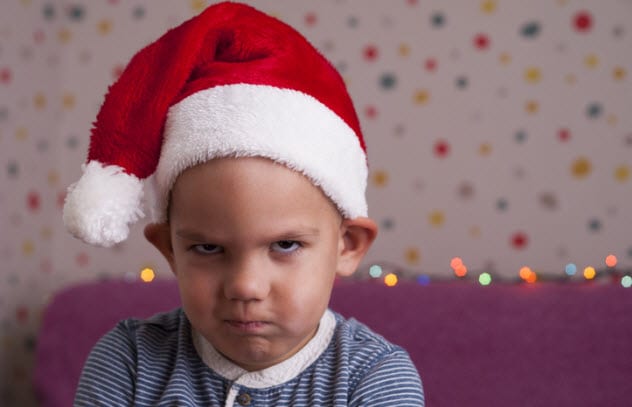 A surprising analysis found that there are plenty of mistrustful, angry adults—because Santa Claus was a lie. A large survey found that most children stop believing in Santa around age eight.

They had discovered the truth in different, sometimes bizarre ways. Some were told the truth. Others caught parental Santas in the act or realized that the fable’s facts failed to hold up against science—like flying reindeer and a man who manages to deliver presents to millions in a single night.

Most children survive this disillusionment. However, some develop real trust issues later on. At the core of this bewilderment rests the question, “What else did my parents lie about?”

Seems like no big deal, but this effect flares in some. The survey found that around 15 percent of adults still felt deeply betrayed and 10 percent were downright angry. It would appear that for some, their parents’ attempt to perpetuate a magical tradition is pure trauma.[4] 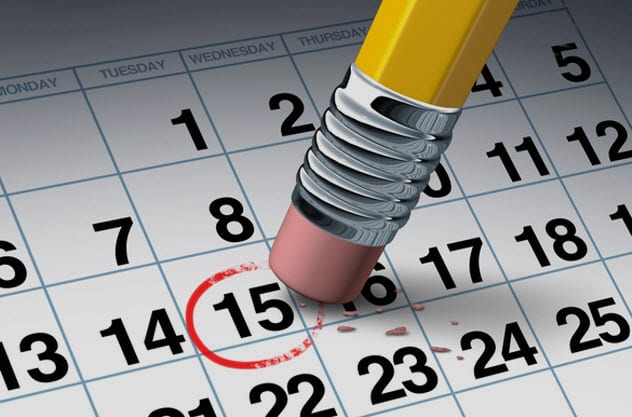 Nearly everyone has experienced the following. A particular day is so full of commitments that it seems logical to reschedule some to a later date. After all, things should be less hectic by then. But then you arrive at said point, and life is as maddeningly busy as it was last week when the item was rescheduled.

This delusion that the future holds more time is called “future time slack.” The term was coined in 2005 when studies showed a curious human reaction. The participants believed that they would have more leeway in their schedules in the coming weeks or months but not money.

Apparently, more time did not equal more money. It could be because time is the primary concern. At the moment of rescheduling, one might not be in dire financial straits but instead uncomfortably strapped for time.

Future time slack is not just about getting backhanded by the things one postpones. Often, a person works hard to clear their coming days to enjoy free time. Unfortunately, this creates the same delusion. Life is unpredictable and busy. Despite the sacrifices to empty a schedule, even holidays are not as free as one imagined.[5] 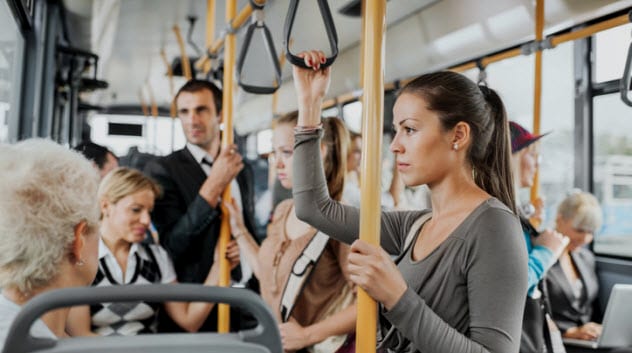 A curious conviction occurs whenever people get together. The “invisibility cloak illusion” happens when people wait in line, work with colleagues, or take the bus with strangers. One notices the mannerisms and details of these fellow passengers and workers while believing that they don’t take the same notice of you.

A 2016 study proved that people watch you more than you know. Participants were asked to wait in a room before an experiment. However, letting strangers sit together in the waiting room was the experiment, although they were only told afterward.

Each participant could describe intricate things that they noticed about the others in the waiting room. But they were convinced that nobody paid them much attention in return.

For some reason, this illusion makes people believe that they are the only ones absorbing information about those around them—kind of like wearing an invisibility cloak. The truth is that nearly everyone in that same room or waiting line also takes account of everyone else in the same studious way.[6] 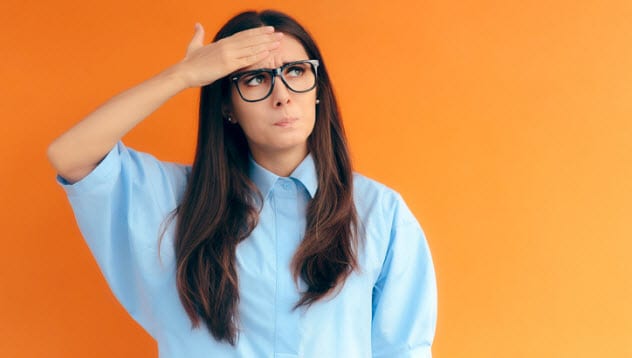 Human memory remains a mysterious thing. One interesting link exists between emotions and memory. More precisely, emotions and other psychological factors appear to play a role in a medical mystery. Called transient global amnesia (TGA), it annually hits less than 10 people in every 100,000.

Amnesia hits out of the blue and wipes months of memories. Those around the victim might be concerned about a stroke or the start of dementia, but TGA lacks the accompanying muscle weakness, slurring, or permanent forgetfulness. In fact, every person with TGA regained their memory in full, and thus far, nobody has ever experienced the phenomenon twice.[7]

This frightening episode is truly benign without any long-lasting effects. Nobody knows the cause, although researchers have identified possible triggers. They range from strong emotions and stress to people who had sex that wiped their minds. This rare condition remains one of the most mysterious neurological conditions in medical literature. 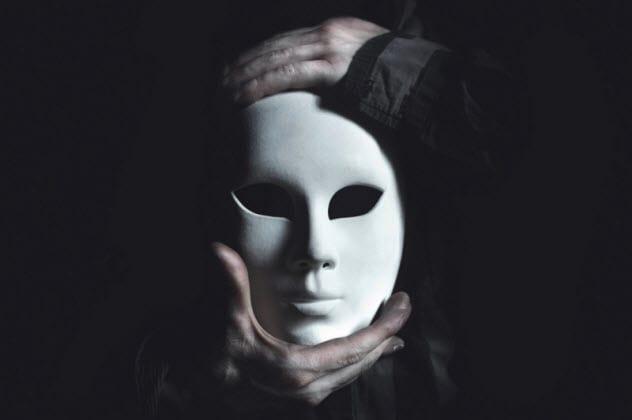 The G factor measures someone’s intelligence. A bunch of tests leads to a number that can predict a person’s future success, income, and even health.

In 2018, researchers found they could accurately measure a person’s dark side. The D-factor is based on the fact that sadists, psychopaths, and narcissists all have a “dark core” within their personalities. At the very least, despite some differences, all three tend to put themselves first at the expense of other people. This harmful tendency is the D-factor.

This epic amount of data was then analyzed to see if several traits clustered together in a single person. Very often, they did. More importantly, the study successfully designed a test that anyone can take. It measures the D-factor and likelihood of going to the dark side during an ethically questionable situation.[8]

Most women (and their male friends and family) can attest to the deeply damaging effects of gender discrimination, harassment, and sexual assault. In the past, this was pretty much the gold standard for masculinity.

Science recently confirmed that clinging to this outdated standard causes mental problems for men. A study of 20,000 men found that three traits encouraged a sexist’s higher tendency to harm women, dysfunctional social behavior, and toxic mental health issues. These included dominance over women, ultra self-reliance, and being a playboy.

Since this harmful behavior promotes violence and other unpleasant situations, such men are increasing isolated by society. Most offenders are not likely to change. Seeking help goes against social norms for ideal men to be independent and less emotional.[9]

The more isolated and angry they get, the more they tend to break down others (such as women) and seek out like-minded men who validate them. It is a vicious cycle. 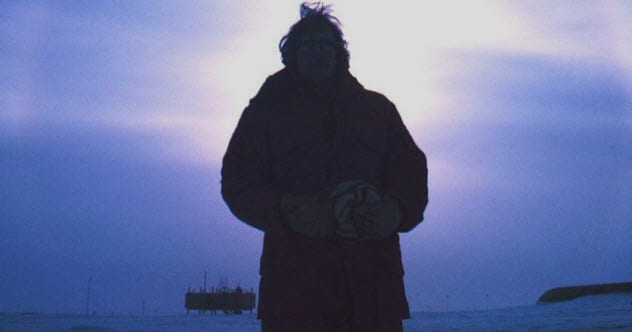 Humans do not hibernate, although something similar manifests in people facing long-term isolation. A 2018 study followed 27 researchers in Antarctica. Their 10-month stay included the dark winter months.

This revealed more about a coping mechanism that most people would never have to call on: winter-over syndrome. A form of extreme psychological hibernation, it develops whenever humans are stuck for long periods of time in situations like Antarctica.[10]

The research staff had to fill out psychometric questionnaires, keep sleep diaries, and have their emotional health gauged as well as their personal coping strategies. It was not surprising that staying indoors during the winter interfered with sleep and killed their perkiness.

The unexpected part was how everything slowed down. Problem-solving abilities curved downward, and so did depression and denial of the situation’s reality. The last two were expected to rise. This unexpected dip induced indifference that kept worse psychological problems at bay.

There is a caveat: Winter-over syndrome can only develop if someone knows their isolation is not permanent.