10 Cultural Pioneers Forgotten By The World

Most of us want to be remembered. That’s why we do great things, like climb mountains, explore new countries, or write Internet list articles. Deep down, we know that the very best of us will be considered by posterity.

Or will we? It turns out that even the cleverest and most talented of us can’t guarantee our place in the history books. 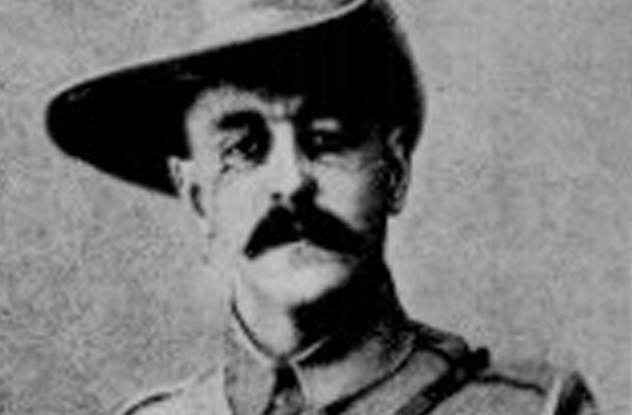 In 1899, the Second Boer War erupted across South Africa. As British troops flooded down the Horn to fight, the fledgling London cinematograph companies quickly scrambled up men to document the action. Among them was Joseph Rosenthal.

The timid, effete East London Jew was gifted with a kamikaze disregard for his own personal safety. Upon arriving in South Africa, he unloaded his camera and charged straight into the thick of the fighting. The result was the birth of modern war reporting.

Unlike his contemporaries, who were content to watch from the sidelines or even politely ask British troops to restage battles, Rosenthal went right to where the action was. Equipping his camera with a bulletproof shield, he got closer to gunfire, explosions, and chaos than any reporter had previously dared.

Right up until the First World War, Rosenthal could be seen at conflicts, capturing the action with an insane disregard for his personal safety. 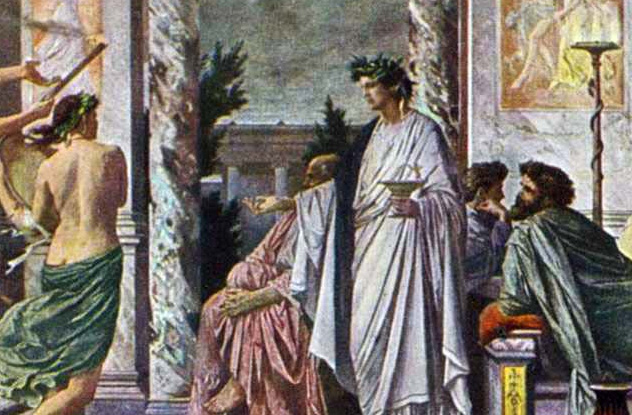 Ancient Greece had no shortage of powerful dramatists whose work remains relevant today. However, there’s one name we’ve all forgotten: Agathon.

A writer of grand tragedies, Agathon was good even by the impressive standards of Ancient Greece. In 416 B.C., his winning play at the festival of Great Dionysia was such a landmark event that Plato later based his famous Symposium around it. When writing his Poetics, Aristotle took time out to mention Agathon, congratulating him for inventing his own characters at a time when every other Greek playwright was borrowing them from ancient myths. This wasn’t Agathon’s only innovation. He also changed the function of the chorus to involve them in the play itself, anticipating modern musicals.

Unfortunately for Agathon’s posthumous reputation, time was unkind to his collected works. Only 40 lines are known to survive. With such a paltry amount to go on, it’s perhaps no wonder that he’s forgotten. 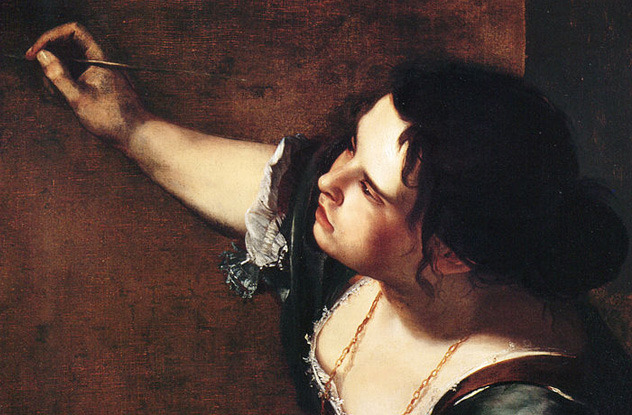 In 2008, British art critic Brian Sewell comfortably declared that “there’s never been a great woman artist.” Even professional art critics have forgotten one of history’s greatest painters: Artemisia Gentileschi. A huge fan of Caravaggio—at the time still new—Gentileschi was one of the most important proponents of his style of realism in Renaissance Italy.

More than that, she was also a determined feminist. Her Susanna and the Elders portrays two lecherous old men lusting over a helpless young girl, while Judith Beheading Holofernes takes almost sadistic delight in the decapitation of a biblical pervert. Because of this, men tended to have a less than happy view of Gentileschi, even going so far as to claim that all her paintings had been done by other people.

These rumors stuck, and Gentileschi was forgotten for centuries. Only when scholars rediscovered her in the 1970s did the world finally get to see the incredible talent of this forgotten master. 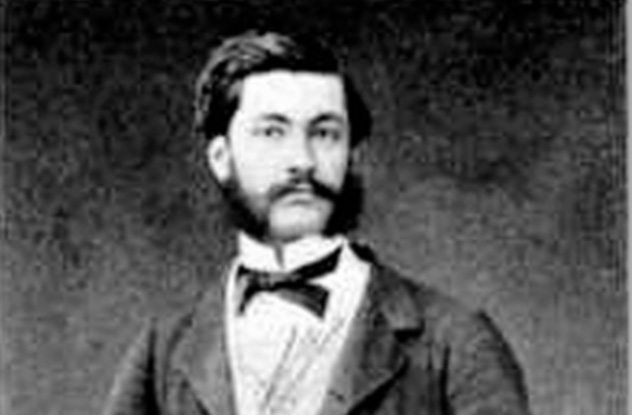 Louis Le Prince invented cinema. That’s not hyperbole: Significant evidence suggests that Le Prince was the first human being in history to capture continuous moving images through a camera. He beat Edison and the Lumiere brothers by over half a decade.

After seeing how popular panorama slideshows were with American audiences, Le Prince hit upon the idea of moving images way back in 1886. Decamping to England, he immediately set to work, producing his first prototype camera in 1888. A year later, he’d invented celluloid. He even succeeded in publicly screening footage of a horse crossing a bridge.

By 1890, he’d filed patents in both the US and UK and was ready to take his invention global. At this point, he simply vanished. After boarding a train for Paris in September, Le Prince disappeared. No trace of him alive or dead was ever found.

When he failed to resurface, Edison and the Lumieres disregarded his patents and got to work, catapulting themselves into the history books while Le Prince faded into obscurity. 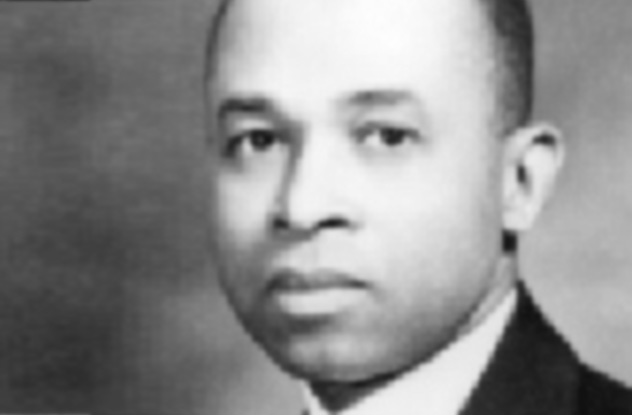 Prior to 1923, the idea of African Americans producing a serious Broadway play would have seemed laughable. Then Willis Richardson exploded onto the scene.

His play The Chip Woman’s Fortune was the first time serious drama had ever portrayed African Americans in a normal, honest way. It was an immediate hit. Showings were sold out way in advance, and the New York Times lavished praise upon it.

Almost as soon as Chip Woman closed, Richardson was penning new plays for black performing groups. Theaters that had never before considered touching black drama happily staged them, bringing in awards and plaudits in the process.

By the time of his death in 1977, Richardson had written over 40 plays and edited two anthologies—and yet few have even heard of him today.

5The Forger Who Became Greece’s Most Celebrated Poet 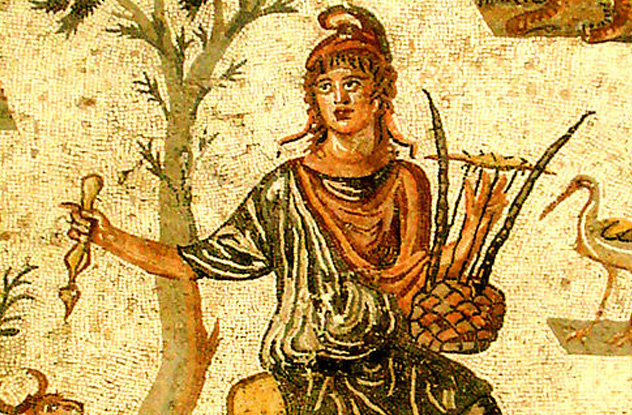 If most of us were asked to name Ancient Greece’s greatest poet, we’d probably say Homer. But ancient tradition said that at least one great poet predated the author of the Odyssey: Orpheus.

A legendary musician who was said to be so accomplished that he could make rocks and trees dance, Orpheus was a myth that the ancients half believed in. They even had copies of his poems to prove his existence. At least, that’s what they thought. According to later scholars, the so-called Orphic poems were really written by a forger named Onomacritus.

An oracle collector, Onomacritus was well known even in his time for sticking his own predictions and verses into others’ work. Our modern editions of Homer may contain his interpolations. But his great claim to fame is the Orphic poems. Aristotle claimed that the ideas had come from Orpheus, but the poems were from Onomacritus. The early Christian writer Tatian held a similar view, as did plenty of his contemporaries.

Modern scholarship is divided, but if Aristotle is right, this one forgotten forger did more for Ancient Greek literature than almost anyone else.

4The Painter Who Inspired Our Greatest Artists 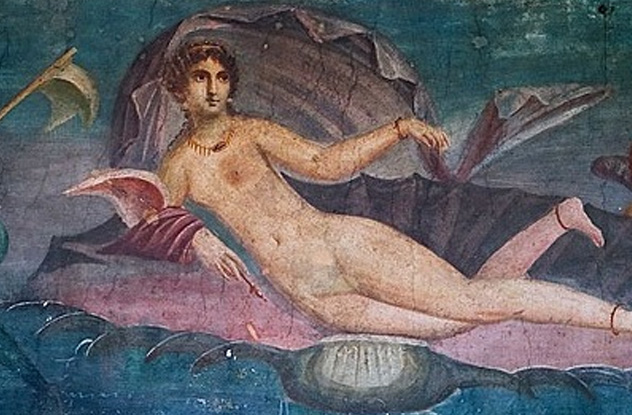 By rights, Apelles should be as famous as Michelangelo, Caravaggio, or da Vinci. An ancient Greek who was considered the greatest artist of his age, Apelles painted allegories with a simplicity that was stunning. The ancients raved about him. Pliny the Elder spent two whole pages of his natural history rhapsodizing over his work.

The work of Apelles went the same way as most Greek art, collapsing into dust. Yet even with literally no extant paintings to this name, he was still superbly influential. When the Renaissance rolled around, the Italian masters found descriptions of his lost work so inspiring that they tried to reconstruct them, creating their own masterpieces in the process. One description of his The Calumny of Apelles managed to inspire Andrea Mantegna, Botticelli, and Rembrandt to all make their own world-famous versions. 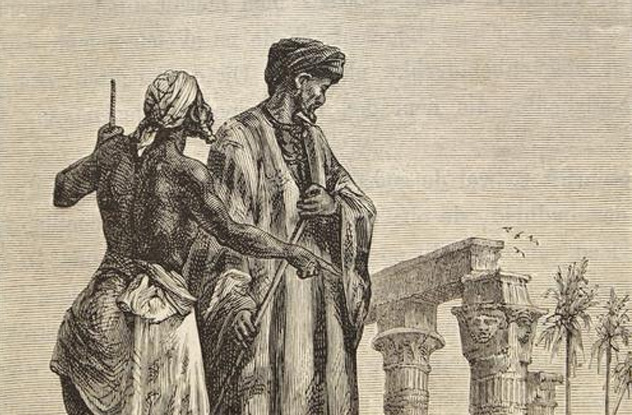 Unlike most of the people on our list, Ibn Battuta hasn’t been entirely forgotten. In the Muslim world, his name still crops up everywhere from street signs to shopping malls. However, his incredible achievements mean he deserves to be more widely known in the West.

Born in the 14th century, Ibn Battuta has the distinction of traveling farther than any human being before him. In an age before steam power, he is estimated to have covered over 120,000 kilometers (75,000 mi), most of the then-Muslim world. He wrote as he went, recording people, places, and politics, resulting in one of the largest bodies of travel writing in history.

Although he traveled just after Marco Polo, Ibn Battuta covered far more ground and wrote far more truthfully than his more famous counterpart. While Marco Polo was recording encounters with unicorns, Ibn Battuta was documenting discussions with over 2,000 real-life people. 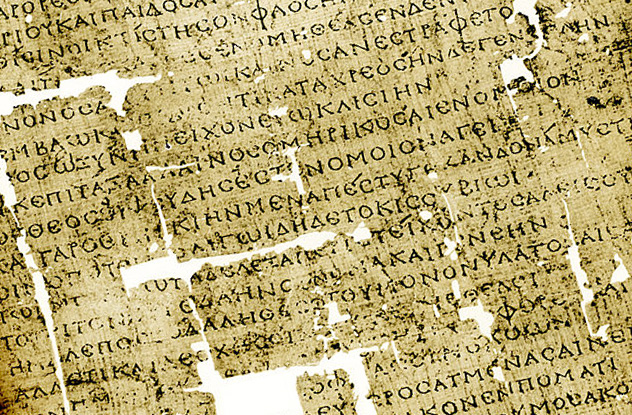 A poet of the Alexandrian school, Callimachus was so popular that he influenced everyone around him. Without him, Ovid would never have written his greatest works. Catullus worshipped him. In ancient writings, no other poet apart from Homer is so frequently quoted or alluded to. He may even have invented the modern bibliography.

Nearly all of his work was destroyed or misplaced long before the modern world rolled around. Today, we have only six hymns on which to judge his reputation, and most of those were only rediscovered in the 20th century. Thanks to the vagaries of fate, we may never know just how good humanity’s second-greatest poet really was.

1The Father Of History 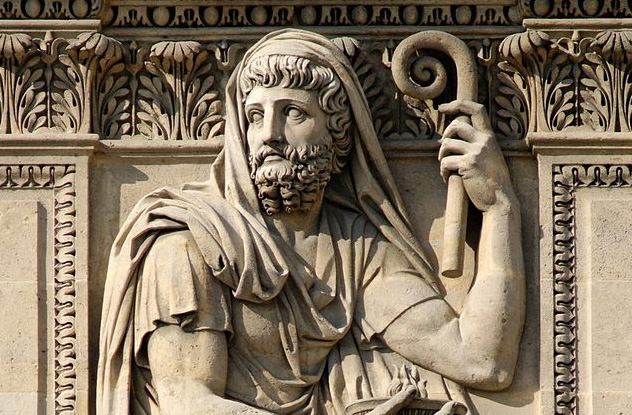 It’s one of the oldest jokes about school: the kid who wishes he’d been born in the past because “they didn’t have so much history to learn then.” But it’s also true. Before Herodotus came along, history as a discipline was largely non-existent. And yet Herodotus had at least one predecessor: Hecataeus.

Hecataeus was the very first of the ancients to pioneer the practices of geography, ethnography, and history. Dionysius of Halicarnassus was influenced by him, as was Livy. It’s also possible that Herodotus plagiarized his works. If true, it would mean that Herodotus’s long-held title of “the father of history” was really misplaced, and it’s Hecataeus we should all be revering. Unfortunately, with most of Hecataeus’s work missing, it’s unlikely that we’ll ever know for certain.