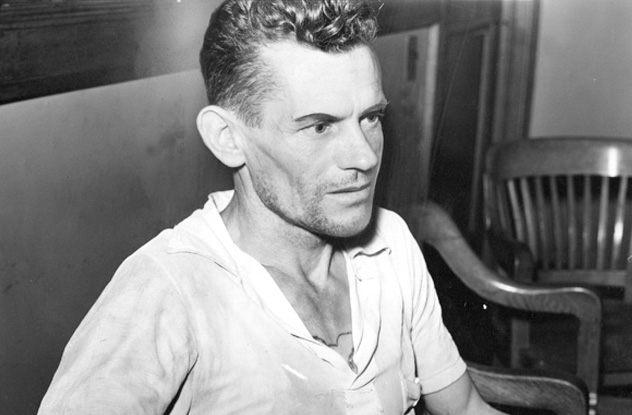 John Deering was a convicted criminal, having killed someone during a robbery, and he was sentenced to face the firing squad in 1932. Approached by doctors just before his death, he agreed to take part in a novel experiment. Electrodes would be hooked up to him, and researchers would determine exactly when his heart stopped.

The heart stopped 15.6 seconds after he was shot. He wasn’t pronounced dead until 150 seconds later.

However, the experiment also investigated something else. In addition to detecting when the heart stopped, the electrocardiogram measured the rate at which it beat, and the researchers used this data to extrapolate how scared Deering felt as he died. Immediately before the execution, the heart pounded at a very high 120 beats per minute. When the sheriff called “fire,” the pulse shot up to 180 beats per minute.

Deering had kept a calm exterior during the execution, but newspapers gleefully reported on the experiment by declaring: “You can’t be brave facing death!” 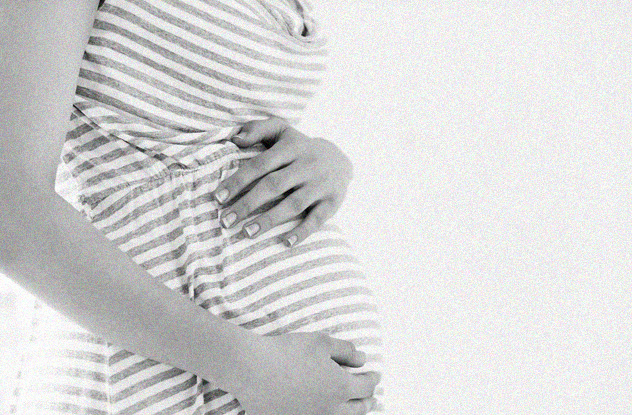 In 1945, researchers at Vanderbilt University set up a study to find out the rate of iron absorption in pregnant woman. Their preferred method of measurement was radioactive iron.

Researchers gave pills to 829 anemic women without telling them they were consuming something radioactive. Thanks to the pills, the women received radiation levels 30 times higher than normal exposure.

The study had a secondary objective: to observe the long-term effects of radiation on children. The experiment likely caused the deaths of three children: an 11-year-old girl and two boys, ages 11 and 5.

Vanderbilt ended up the subject of a lawsuit at the behest of the mothers of the dead children, a lawsuit that they settled for over $10 million. 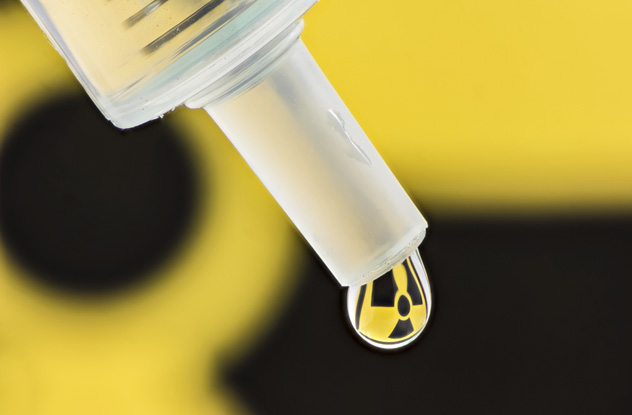 In 1953, Dr. William Sweet, in conjunction with the Oak Ridge National Laboratory, conducted several radioactive injection experiments on terminally ill cancer patients. As with the Vanderbilt experiment, the purpose of the uranium injections was twofold: to study the effects of ingested uranium on the human body and to see if the radioactive material would have any effect on the patients’ tumors. As part of a deal with the government, Sweet agreed to turn over the patients’ corpses to the government for further research on radioactivity.

None of the patients showed any signs of recovery. Many died quickly. In addition, it appears that no patients consented to the experiment. 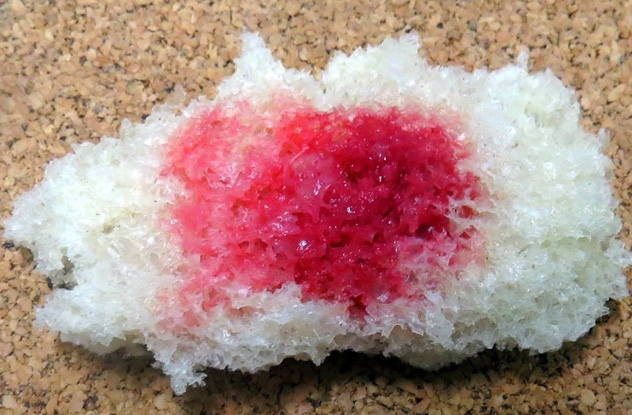 In 1950, fears of biological warfare with the Soviets inspired American officials to test the viability of an offshore attack. The experiment consisted of a single vessel located a few miles away from San Francisco, loaded up with a bacteria known as Serratia marcescens. The bacteria produced bright red colonies on soil or water samples, making it ideal for tracking purposes.

The researchers believed that the bacteria was completely safe for humans. In reality, it caused various respiratory and urinary tract infections. Doctors in the area observed such an increase in pneumonia and UTI cases that Stanford wrote an article about it for a medical journal. Hundreds of thousands of innocent civilians were exposed to potentially deadly bacteria.

The worst part is that the experiment was completely unnecessary. Similar tests could have been done in a deserted area and in smaller quantities. The only thing the experiment proved was that San Francisco was indeed vulnerable to biological attack. 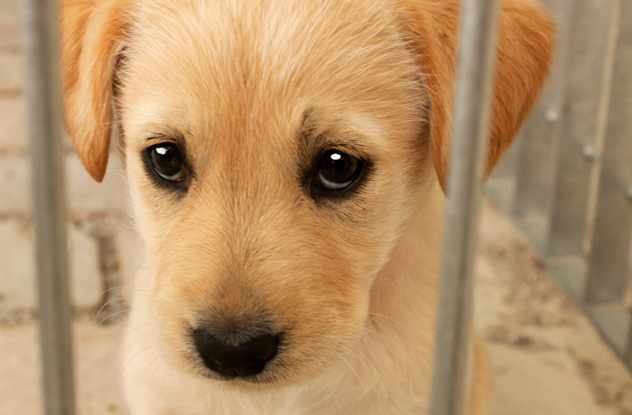 In Stanley Milgram’s infamous experiments, participants were told to deliver electric shocks to victims, and actors pretended that they really were receiving shocks. Charles Sheridan and Richard King’s variation added a twist: The victim was not faking the cries of pain. Also, the victim was a puppy.

The two men felt that perhaps Milgram’s subjects realized that their victims were faking reactions, which would explain why the subjects so readily delivered shocks when asked to. Determined to remove that possibility, Sheridan and King recreated the experiment with a puppy who actually received electric shocks.

Over half of male participants, though distraught, obeyed to the fullest extent. Even more surprising, every single woman fully obeyed, some of them crying the entire time. 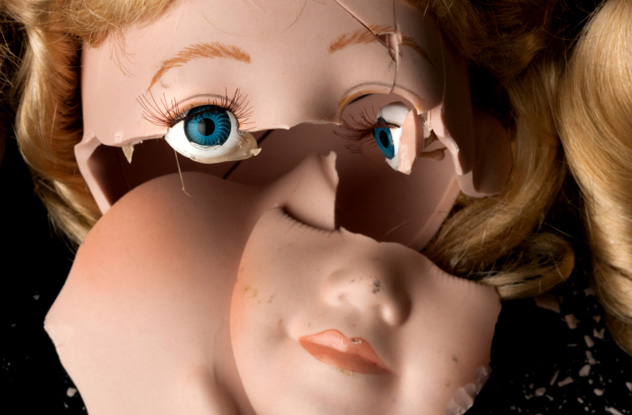 Researchers at the University of Iowa gave toddlers toys, instructing them not to break them. The researchers had secretly rigged the toys to break in a matter of seconds, subjecting the children to an immediate flood of guilt.

As soon as the toy shattered, the researchers gave a brief “oh, my” to express their disappointment. They then carefully watched the toddlers for reactions, verbal or non-verbal.

Once a minute passed, the researchers left the room with the broken toy and returned shortly with an identical non-broken toy, assuring the child that they were faultless in the toy’s breaking. However, like any study involving children, this raises a number of issues about informed consent. (Various parents whose children participated in the study claim that there have been no adverse effects.) 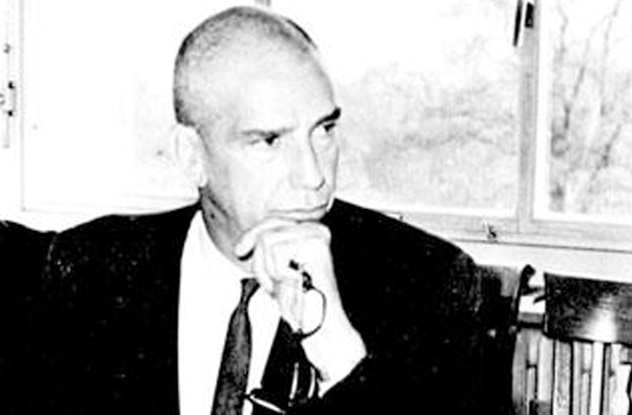 Chester M. Southam was a well-known cancer researcher in the 1960s, working diligently to study the immune system’s effect on tumors. He wanted to study whether a person already weakened by a different disease would be able to fight off cancer cells. To test this theory, he needed people on which to experiment, and he found them at the Jewish Chronic Disease Hospital in New York City. Convincing the medical director of the potential benefits, Southam was allowed to inject 22 people with foreign, live cancer cells to study the effects.

This was nontherapeutic experimentation performed on elderly, terminal patients, so Southam didn’t even get consent. He convinced the medical director that it was common practice not to. (Some were informed that they were to be part of an experiment but were not told the details.) In addition, some of the patients’ doctors told Southam that they didn’t want their patients to be a part of Southam’s experiment, but he used them anyway.

In the end, Southam was censured and put on a year’s probation. The experiment also brought the idea of informed consent back to the forefront of the American medical discussion.

The visual cliff experiment was thought up by two Cornell University researchers, Eleanor Gibson and Richard Walk. A strong glass pane was placed on a table, with one end extending some distance off the tabletop. A checkered tablecloth covered the table, but below the rest of the glass, the distant floor was visible.

Gibson and Walk used this setup to discover whether depth perception was innate in various animals. If an animal avoided walking on glass beyond the table, it could perceive depth visually. They experimented on rats raised in complete darkness and found that the rodents could indeed perceive depth. So they next moved on to human babies.

The babies were made to crawl over the glass. The researchers placed the mothers at the end of the glass, having them call out to their offspring. To get to their mothers, the babies had to crawl across the glass, apparently over a sheer drop. Some babies did seem hesitant to move, implying that they were able to perceive depth—and implying that the experimenters had successfully inspired fear in them. 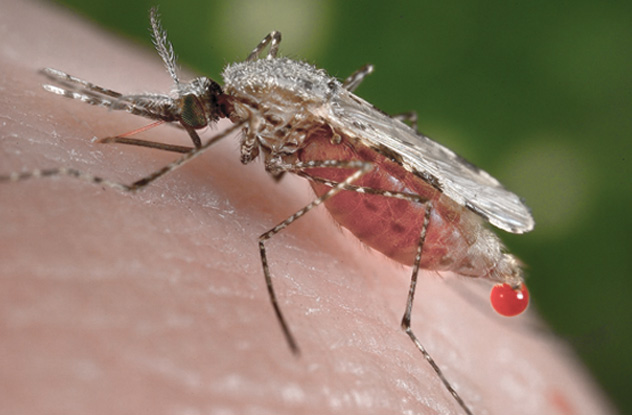 One of several human experiments undertaken to further the US effort in World War II, the Stateville Penitentiary Malaria study was designed to test experimental malaria drugs. To find subjects, the government turned to prisons and contracted hundreds of prisoners to become guinea pigs. Even though the men were all sane, mentally capable, and told of the specifics of the experiment, whether or not prisoners can actively consent remains debatable.

No one died due to the experiment, and many prisoners who took part in the study received generous compensation. Most also received reduced sentences for their patriotic service. However, nearly every man who was bitten by an infected mosquito contracted the disease 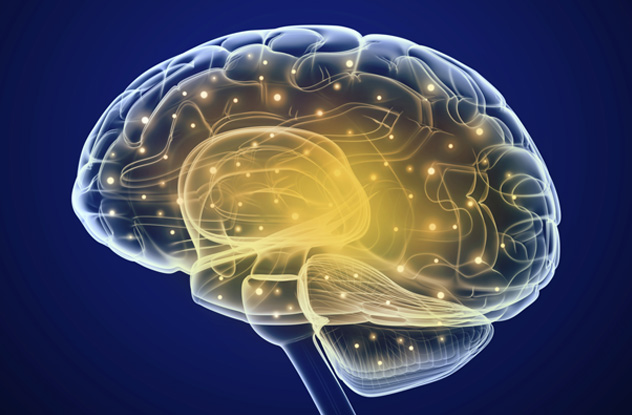 A 24-year-old gay man (“B-19”) suffering from paranoia and depression was chosen as the candidate. Stimulation of the brain’s septal region is associated with pleasure. So Dr. Heath inserted electrodes under the man’s skull and shocked his brain. The man did indeed report extreme pleasure. Offered next the ability to shock himself, the man—a suicidal addict—did so thousands of times, in sessions that lasted hours.

Shortly after, Heath monitored the man’s brain activity while B-19 masturbated to heterosexual pornography. The subject successfully orgasmed.

The final part of the experiment consisted of the patient having sex with a female prostitute that Heath had hired. The doctor continually shocked his brain during this process. B-19 didn’t seem interested in the woman, sitting still for over an hour, until she approached him and initiated intercourse.

In a follow-up interview a year later, the patient stated that he had been regularly having sex with both men and women. Deeming the experiment partially successful, Heath moved on to other fields of research, never again attempting to cure homosexuality.