Everyone’s heard the jokes about how evil Windows is, though admittedly most of these snarky comments come from Apple users. Here are 10 facts about Microsoft that are actually pretty disturbing. All companies tend to be slightly trigger-happy when it comes to suing other people. But Microsoft really decided to sink low when they sued a 17-year-old boy. The multimillion-dollar company threw a fit in 2004 when Mike Rowe created his own website and named it MikeRoweSoft, as he thought it would be a clever, but innocent, pun. Microsoft felt differently and threatened to sue Rowe for copyright infringement. Mike Rowe asked for a settlement if he was forced to give up his website, and Microsoft offered him a measly sum of $10. He countered with $10,000, claiming that he was offended by their suggestion.

That’s when things got ugly, and the press and public continued to present Microsoft in an awful light. Eventually, Microsoft relented and agreed to not only reimburse Rowe, but offer him a visit to Microsoft headquarters, Microsoft training, and an Xbox with a selection of games. It’s true that racism is still, sadly, all around us even to this day. But it’s even worse when big names like Microsoft send out racist messages—even if it’s claimed to be an innocent mistake. In 2009, the Polish version of Microsoft’s Business Productivity Infrastructure was published with one key difference from the American version: Polish users noticed that an African-American man had been Photoshopped out and a Caucasian man had been placed on the home page of the website instead. The image was quickly returned back to its original form and Microsoft apologized for their “mistake,” but the damage was already done.

While some people have tried to justify it as Microsoft’s attempt at “promoting interracial harmony,” others believe that it is more likely that, since the Polish audience is predominantly white, someone thought that having a person of color in the picture would be a bad idea. People like to idolize Bill Gates as the college dropout who went on to make a multibillion-dollar company. But just as Microsoft’s reputation isn’t exactly squeaky clean, neither is its creator’s. In 2013, an investigation took place into one of the charities he had helped create, The Bill & Melinda Gates Foundation, which admittedly has funded several admirable projects. But the foundation’s trust has also made investments in groups such as The GEO Group, a private prison company with a mile-long list of offenses, such as one of their juvenile facilities having its walls covered in feces, the inmates (all minors) abused, and locked emergency exits. Even the state of Texas won’t fund them.

But if you think that’s bad, it gets even worse. Bill Gates’s charity also invests in the defense contractor group DynCorp, which has been charged with several incidents of abuse of human rights, up to and including sexually molesting Afghan boys and paying them to dress up as girls and dance. They were also accused of being involved in a sex-slave ring in Bosnia, where the company’s employees were charged with raping girls only 12 years old.

When video games were first created, they were definitely seen as a stereotypical “guy” pastime for a long period of time. But the number of girl gamers is astounding. In fact, a recent study showed that around half of all current video game players are women. Unfortunately, girl gamers are often persecuted and excluded, and Microsoft hasn’t exactly been helpful with that.

In a recent ad, Microsoft insinuated that women hated video game systems and that their men needed to beg them to let one into the house. In an attitude fresh from the 1950s, the ad suggested cheerfully, “You’d rather knit than watch me slay zombies, but hear me out on this. Xbox One is actually for both of us. Seriously.” The outraged criticism wasn’t exactly a surprise. 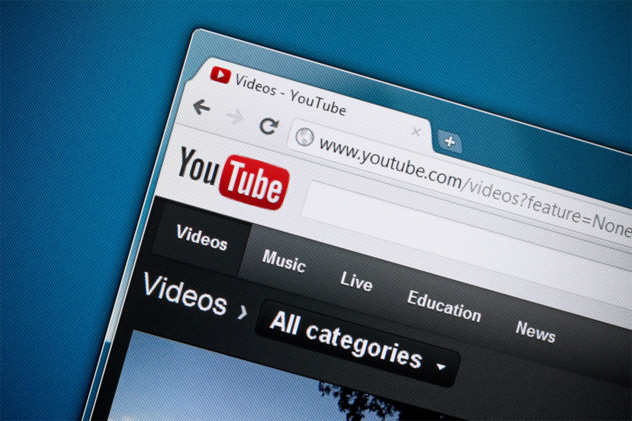 Bribery’s not a new problem—politicians and organizations get bribed by companies all the time, and now, in the Internet age, so do YouTube stars. It was recently discovered that Microsoft secretly paid some of the most popular YouTube hosts to talk about the Xbox One. They would pay $3 for every 1,000 views the channel received if they incorporated 30 seconds of playing an Xbox game. Considering that these channels get millions of views, that’s actually a lot of cash.

And of course, the YouTubers were also forbidden from saying anything negative about Microsoft or revealing what was going on. Technically it’s not illegal, but it definitely hurt the reputation of both parties involved, especially the YouTube stars who people tended to trust more. The details of this dirty little agreement got out when a full copy of the legal document was posted on the Internet. In the end, Microsoft got themselves busted by their own creation. Thanks to Edward Snowden, the NSA got itself into some pretty hot water regarding the Internet surveillance they had been performing on completely unaware citizens. Out of all the companies accused of assisting the NSA and betraying the privacy of their users, Microsoft was considered one of the biggest offenders. Reports showed that Microsoft helped the NSA override the security measures on Microsoft Outlook, allowing them to read through hundreds of chat conversations and emails. They also allegedly allowed the NSA to view thousands of Skype video chats (Microsoft purchased Skype in 2011).

Microsoft continues to deny these claims, insisting that the privacy of its users has always been its chief concern. The only information Microsoft was willing to reveal was that they had received 6,000 to 7,000 criminal warrants, subpoenas, and orders in a six-month period. They also pleaded for the federal government to make their actions clearer to avoid further incidents like this. 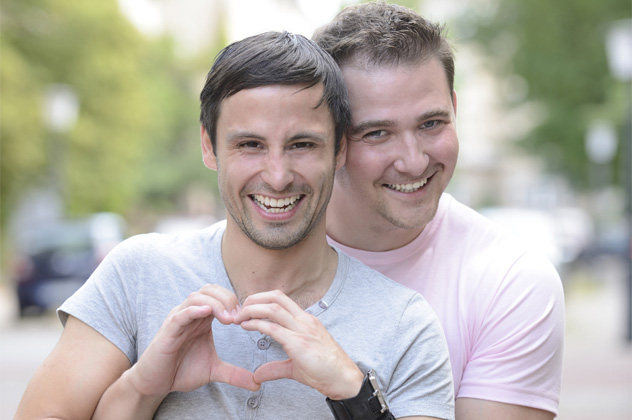 Besides politics or religion, nothing gets people steamed up like issues regarding sexuality. Microsoft was heavily criticized for its treatment of the LGBT community—they banned users of their games from using the word “gay” in any of their tags, even if they were describing their own sexuality. One member was banned simply because his name was “TheGAYERGamer,” and an executive in the Xbox community referred to the title as “a form of implied sexual innuendo.”

But things became extremely ugly after Xbox Live ended up banning “Teresa,” a gamer who had identified herself as a lesbian in her profile info and who had been repeatedly harassed online, with other players stalking her and saying that they “didn’t want to see that crap.” To their credit, Microsoft now states that they are working with GLAAD (Gay and Lesbian Alliance Against Defamation) in order to make sure that everyone can use their products fairly. Nowadays, China censors everything—in fact, their system of Internet censorship is one of the best in the world and has earned the nickname “The Great Firewall.” But it’s definitely disgusting when American companies help them do it. To be fair, Microsoft isn’t the only company that’s helped China cut its people off from the rest of the world—so have Google, Yahoo, and AOL. Microsoft in particular will block Chinese users from certain searches or blog titles that include sensitive political topics.

Thankfully they’re not as bad as Yahoo, who actively reported people to the Chinese government. Activist groups such as Human Rights Watch have let all of these groups have it, announcing that it is “ironic that companies whose existence depends on freedom and expression have taken on the role of censor.” Unfortunately, none of these companies seem to have any interest in challenging these rules, even the rules that aren’t technically legally binding. 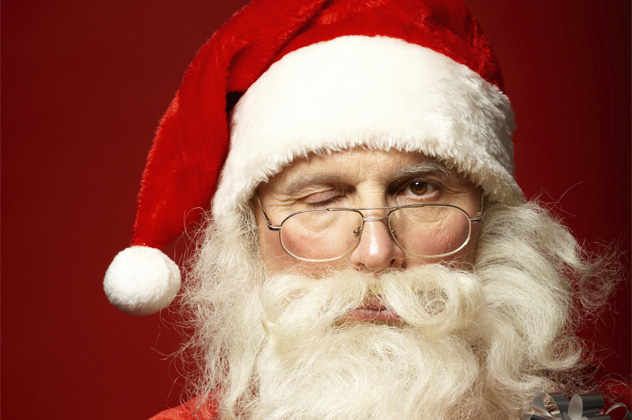 Some kids love to sit on Santa’s lap and tell him all about what they want for Christmas. Others burst into tears at the site of jolly old St. Nick. With regards to this particular Santa, they might have good reason to. In 2007, Microsoft thought it would be a good idea to create a virtual Santa that children would be able to talk to. And it probably would have been a great idea, if it weren’t for the fact that the old man started getting a little bit off topic—it wasn’t long before he went from talking about presents to lecturing about sexual acts.

The first time this problem occurred, Santa was talking to two girls aged 11 and 13 who were asking him about pizza. Besides the specific, crude sexual acts that Santa tried to discuss, some users could also prompt the big man to expound upon his criminal past and to repeatedly cuss the users out. Microsoft took it down as quickly as possible. 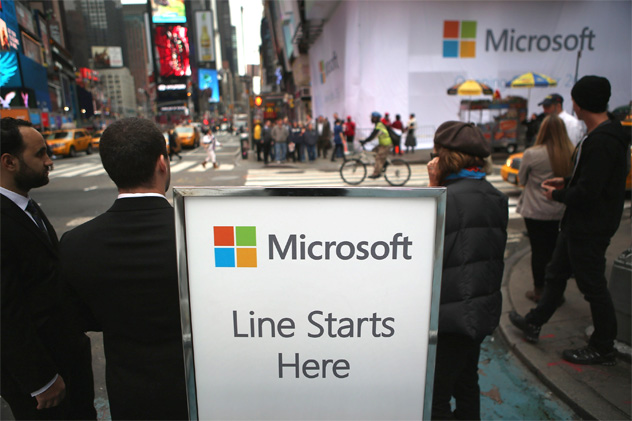 It seems hard to believe that Microsoft could be so heavily criticized for its labor practices, considering its permanent workers are known to enjoy wonderful corporate treatment. However, that’s a surprisingly small percentage. Believe it or not, Microsoft has been referred to as a “Velvet Sweatshop,” a term first coined in a Seattle magazine and a term which its own employees now use regularly. Even though Microsoft insists that its employees get the best of everything, reports have suggested that workers are often highly overworked throughout their stay.

And if you ever want to leave Microsoft? Well, that’s even more of a mess. Microsoft uses controversial forced retention tactics—which basically means that if you try to quit, they’ll sue you for everything you’re worth. They’ve also been accused of cutting employee’s health benefits. Many of the employees who do manage to quit make their way toward companies that compete against Microsoft, like Google and Yahoo.

Ashley Lewis is a hardworking college student sweating blood and tears trying to complete her first novel and graduate on time. She spent most of her high school experience working for the school’s newspaper and writing articles about the wacky and weird.