Spiders are some of the most common creatures that we encounter and are often the most feared. However, many of our negative associations with spiders come from simple misconceptions. By understanding spiders and dispelling the generally accepted myths, we can possibly change some minds—or at least soothe some fears about these amazing arachnids.

10Their Venom Is Less Deadly Than You Think 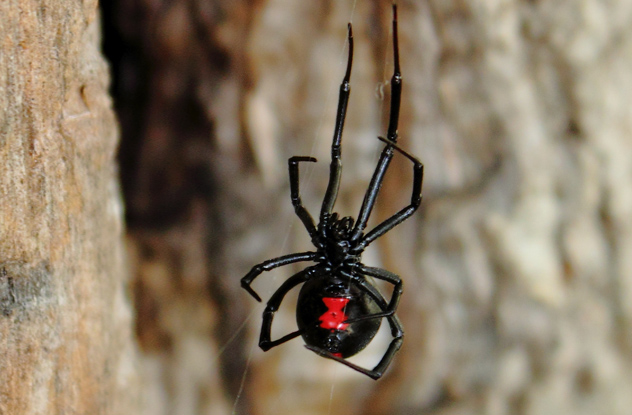 Black widow and brown recluse bites are sometimes thought of as a death sentence. The generally accepted story is that unless someone bitten by a black widow or brown recluse gets treatment, they will die. However, not only are the effects of the venom usually exaggerated, but those who supposedly die of spider venom often have some other condition entirely.

Black widows also cause panic, but their venom is only lethal in 5 percent of cases when the victim receives no antivenom. Many who die are naturally weak, such as children and the elderly. With the development of antivenom, black widows now kill virtually no one.

The best thing to do following a strange reaction or possible bite is seek medical treatment without jumping to conclusions.

9Not All Spiders Build Webs

All spiders produce silk, but the material has uses besides building a web. The jumping spider, cutest of all spiders thanks to its giant puppy dog eyes, uses its silk as a drag line or parachute. That way, if it does fall, it can safely control its descent.

Since they are ambush predators, jumping spiders rely on speed and surprise to catch prey as opposed to passively waiting in a spiderweb. Some species of jumping spider can control the drag line midair, allowing them to adjust their trajectory mid-jump for a more precise attack.

Other spiders use their silk for shelter from the environment, layering the webbing to make a roof or enclosure. Spiders will often use the silk to create a protective casing for their eggs for security against predators. Wolf spiders, in particular, use silk to build retreats for when they are not hunting. However, instead of laying an egg sac in the retreat, or in another hidden spot, they attach the egg sack to their spinnerets. Once the eggs hatch, the spiderlings climb onto the mother’s back for a free ride and for safety until they are large enough to go out on their own.

8Harvestmen And Camel Spiders Are Not Spiders 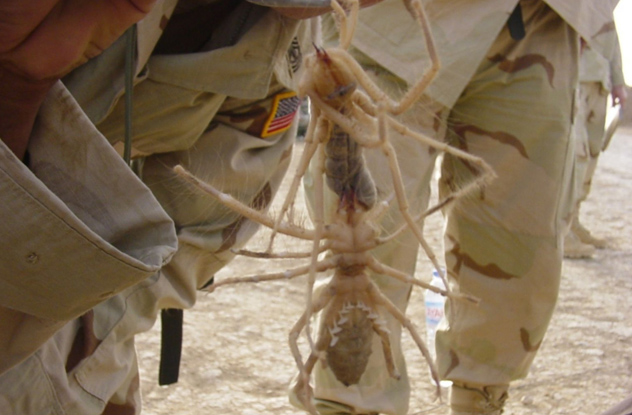 All spiders have venomous fangs, two body segments, and spinnerets on the abdomen to produce silk. Many people mistake the harvestman (also known as the daddy longlegs) as a spider, even though it has only one body segment and no venom whatsoever. This is especially confusing because actual spiders—the varying species of cellar spiders—are nicknamed “daddy longlegs” as well.

Contrary to popular myth, daddy longlegs are not extremely venomous. Their fangs are too short to pierce skin. Cellar spiders possess relatively weak venom, and harvestmen produce none at all.

Camel spiders (Solifugae), made famous recently due to photos taken during the Iraq War, are not spiders either. Like the harvestman, they lack venomous fangs and spinnerets. Myths surrounding the aggression, speed, and lethality of camel spiders could fill their own urban legend list. However, though camel spiders can be very aggressive if cornered or handled, the worst they can do is a painful bite that may cause infection if left untreated. 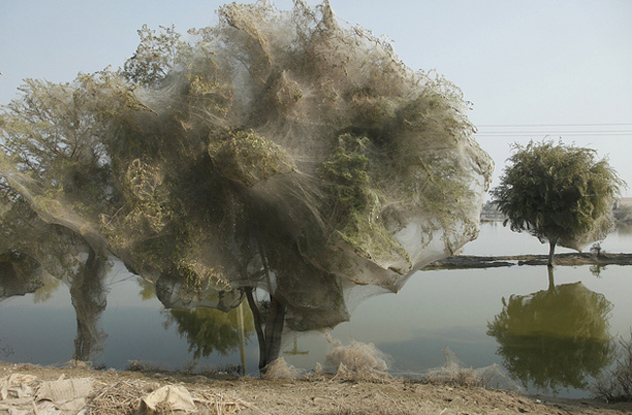 The most common image of a spider conjures up a single web guarded by a lone, fat spider. While many spiders are solitary, many can be social as well. Although they do not have the social hierarchy of more developed social animals, certain species rally together to build and share a web, share food, or split specialized tasks. Some of the largest colonies can reach tens of thousands of spiders.

In some cases, this can be extremely beneficial to humanity. In 2010, after a series of devastating floods ravaged Pakistan, ghostly images of entire trees covered by spider webbing circulated. So many spiders fled to high ground from the water that they communally covered the trees with webbing to feed. Normally, floods in such regions lead to malarial outbreaks because the mosquitoes breed uncontrollably in the stagnant water. But these spiders captured so many mosquitos in their webbing that the outbreak was averted.

6Spiders Only Look Large Because You Fear Them 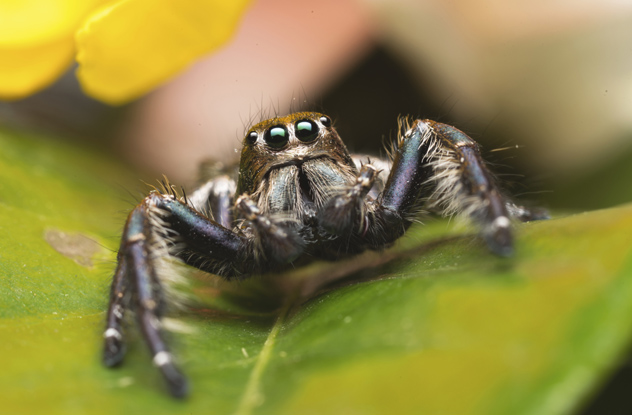 Arachnaphobes claim to have seen some very large spiders in their lives, but they are most likely exaggerating. A 2012 study by the University of Ohio found that people frightened of spiders are likely to perceive them as larger than they actually are, while those who don’t fear them perceive them accurately.

Subjects with varying degrees of arachnophobia looked at a tarantula then drew a line on a paper estimating its size. The more fearful someone was, the more they’d overestimate. A spider the size of a US nickel would look to them the size of a US quarter.

Another 2012 study found that arachnaphobes view spiders as closer to them than the spiders really are. The combined results of those studies explain why arachnophobia horror stories may not always be the most reliable. However . . .

5Spiders Are Getting Bigger 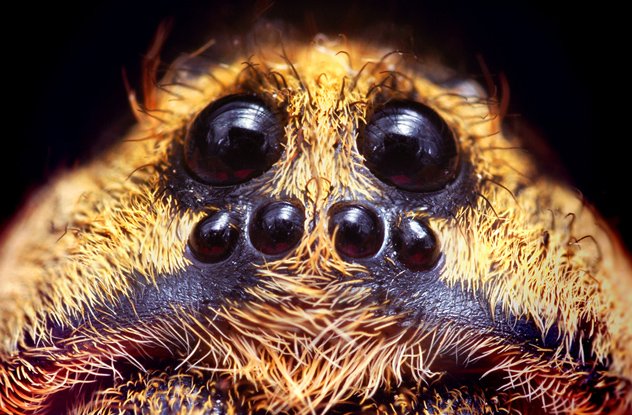 Australian researchers have found that spiders closer to cities end up larger than members of the same species in a rural setting.

The 2012 study blames the urban heat effect. Urban population centers put out more heat than less populated areas, allowing the spiders to grow much faster than those living elsewhere. In addition, the artificial lighting and easier access to food sources create higher populations of the spiders’ insect prey.

So, despite the image of walking into a rundown barn and finding giant spiders, we are most likely to stumble upon the biggest ones in places much closer to home. 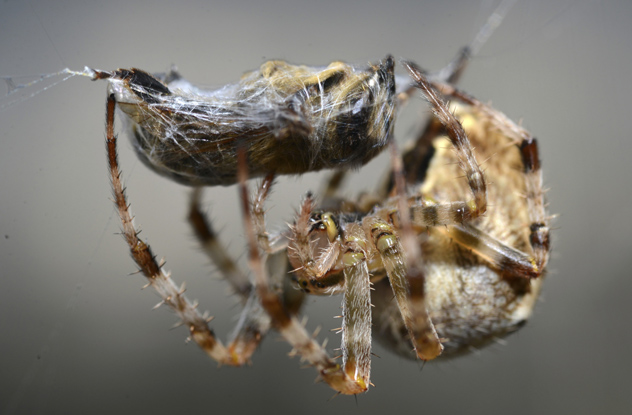 Movies often show a spider injecting chemicals into its prey to liquefy the innards. In reality, venom incapacitates the prey, and the spider will vomit up digestive juices onto it. While this is happening, the spider uses its jaws to tear apart and eat the digested chunks.

Only some spiders, like crab spiders, have strong enough jaws to bite a hole into their food and then inject the food with the digestive fluid. This allows the spider to feed later, making it easy to suck out the resulting slurry and leaving the dead husk of the creature behind and relatively intact. 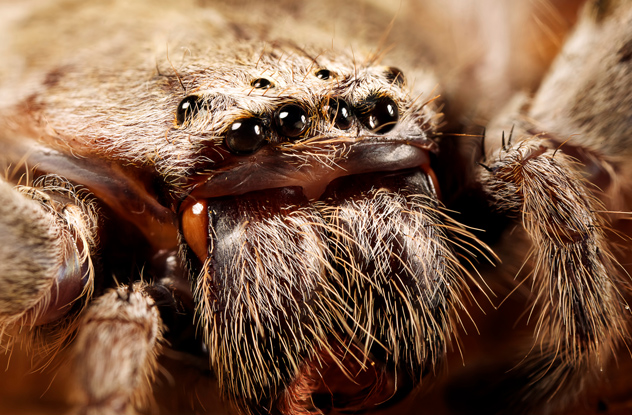 Spiders do not chase humans. We are just simply too big for them to view as prey, and most spider’s eyes do not perceive fine details. Their eyes (some of which sit on the rear of the head) mainly just see large movements or light changes.

There are a few exceptions, including the jumping spiders, wolf spiders, and a few other ambush predators. Jumping spiders in particular have the most developed and complex eyes among all arthropods. They are also the only spiders to see full color ranges.

Besides those exceptions, most spiders usually cannot see beyond a distance of several inches. At most, they see a foot or so. So, if a spider seems to charge when knocked from its web, that isn’t because it’s being aggressive with us. It’s fleeing as quickly from the area as possible and doesn’t really see us until it’s too late. For the little creature, it’s like us turning a corner and running into a gigantic spider in a horror movie.

2You Do Not Consume Eight Spiders A Year While Sleeping 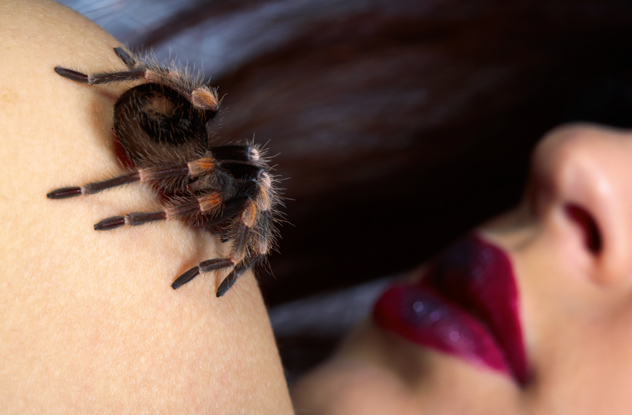 The odd statistic is frequently listed in collections of unbelievable facts, but there’s no truth to it at all. In fact, some sources say that it was deliberately invented as an example of facts that fool the gullible (though, this origin may itself be an urban legend).

Several facts about spiders dispel the myth pretty easily. For starters, spiders avoid us as much as possible. Though most spiders have very poor visual acuity, they rely on other cues to sense danger. A sleeping human gives off a fair amount of alarm signals that spiders can pick up. We move when we sleep, and spiders can register breathing and even our heartbeat. We generate heat, which they use to pick us out as a potential threat. And even if spiders get within range of our mouths, the hot and moist air flowing from the nose and mouth would frighten them off.

Unless we try to actively catch spiders to eat, or they accidentally climb into a drink they can’t escape, we are very unlikely to ingest any through our lifetimes. 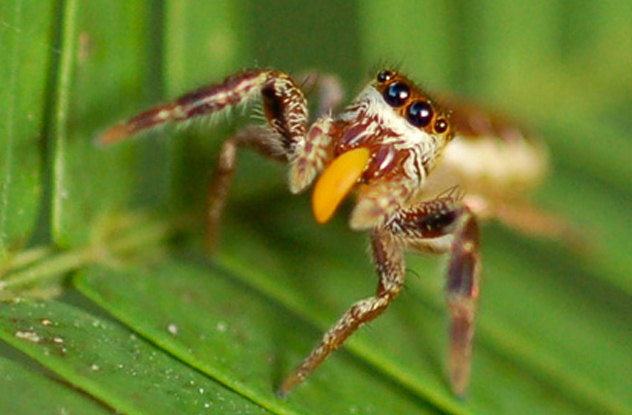 Spiders primarily eat insects caught through hunting or in their webs—or, in the extreme cases of the Goliath bird-eating spider . . . well, that one is pretty self-explanatory. However, a lot of species of spider supplement their hunting by drinking nectar or eating bits of vegetation. One species, Bagheera kiplingi, has a diet that is only 10-percent prey. The rest of their diet is vegetarian.

Those that do hunt and capture prey have varied diets. Many spider species will also consider other spiders as food, in some cases even spider eggs or members of their species. The tarantula has been known to eat small birds and mammals.

Having spiders in our houses greatly cuts down on the number of unwanted pests that can directly harm us by making us sick. If you catch spiders out in the open by surprise, let them go on their way. You’ll probably not run into them again, and they’ll help kill off any cockroaches, mosquitoes, or other creepy-crawlies about.

When not looking at adorable pictures of jumping spiders, I can be found writing short horror stories and essays at my website, WordsForTheInternet.com.