Students like to complain about their schools, but some of them have every right to. Have a look at these ridiculous school policies. 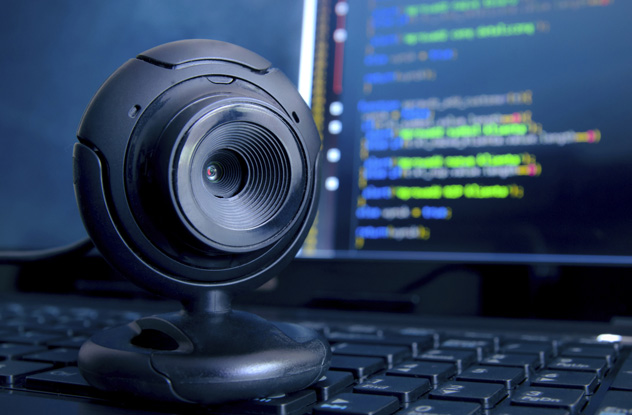 Lower Merion School District in Pennsylvania issued 2,300 MacBooks to students in 2010 for use at home. That seems like a great deal for the students, until you learn that the laptops included built-in iSight webcams that school authorities remotely turned on to monitor students.

Sophomore Blake Robbins was disciplined for eating at home (the school claimed he was taking pills, though he was actually eating Mike and Ike candy), something the school had discovered by watching through his webcam. He and past student Jalil Hasan sued the school, which had taken 469 photos of Robbins and 543 of Hasan.

In total, thousands of photos and screenshots were taken, and the lawsuit alleged that Carol Cafiero, an administrator at the school—accused of being a voyeur—had been downloading them to her own computer. She was placed on paid leave after invoking her Fifth Amendment rights and refusing to answer any questions, including one asking if she had downloaded pictures of naked students. According to the lawsuit, she said “I know, I love it!” in reply to an email that said the secret photos were like a soap opera.

The school had also recorded the students’ emails and search histories. Some of the photos taken had students sleeping or partially undressed.

To settle the suit, the school paid $610,000, including damages to the students and legal fees. 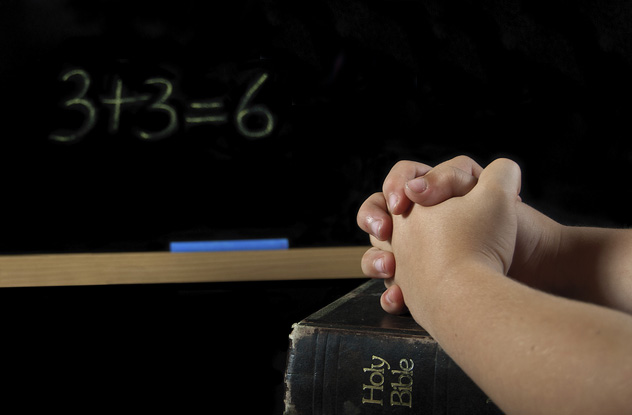 C.C. Lane was a Thai Buddhist student enrolled in Negreet High School, Louisiana. This public school saw no problem in harassing him for his faith and ignoring the First Amendment’s Establishment Clause in forcing Christianity on him.

Science teacher Rita Roark, a fundamentalist Christian, taught Young-Earth Creationism and said Buddhism was “stupid.” The following was a typical question from her science tests:

She expected “Lord” as the answer. C.C. answered “Lord Buddha” but was marked wrong, and Roark bullied him for the answer. She also taught that evolution was impossible, calling it a “stupid theory made up by stupid people who don’t want to believe in God.”

C.C.’s parents’ complaints fell on deaf ears, with Sabine Parish Superintendent Sara Ebarb telling them they were in the Bible belt. She then offered to transfer C.C. to a school with “more Asians.” 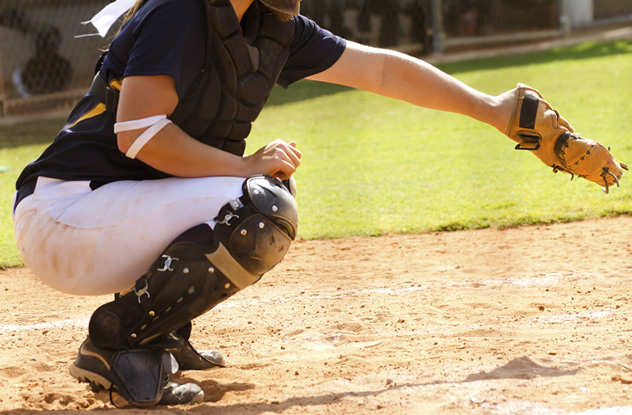 Skye Wyatt was a junior in the Kilgore School District in Texas in 2009. Her two softball coaches called an unscheduled practice off of school grounds one day, and when she showed up, the rest of the team was dismissed. The coaches then locked her into an empty locker room and confronted her, accusing her of being a lesbian in a relationship with another girl.

Though this was true, she denied it, as was her right. The coaches got angry, threatened to sue her, and called her mother.

Barbara Wyatt arrived to the field 40 minutes later, and the coaches outed Skye to her. Thankfully, Barbara was supportive of her daughter, and she filed complaints with the school board against the coaches. But the school stood by them, so Barbara helped Skye file a suit claiming a privacy violation.

The school settled out of court in February 2014 for $77,500. Chillingly, they maintained that the coaches had done nothing wrong and that settling the suit this way was a purely business decision. The school said that no policies will change as a result of the settlement. 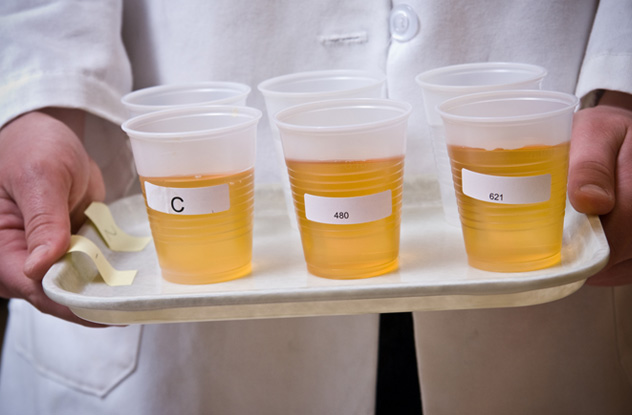 An 11-year-old viola player in Pennsylvania’s Solanco School District was on her way to orchestra rehearsal in 2011 when her principal told her she’d been removed from orchestra and choir. She was forbidden to do any extracurricular activities, athletic or academic, because her parents refused to consent to her taking a drug test. The girl was a top math student who’d been invited to compete on the school’s MathCounts Team, but she couldn’t join without doing a drug test.

Based on state precedent, schools can mandate drug tests of individual students, even without any suspicion, but only if they can demonstrate a pervasive school-wide drug problem. The year the policy began, only two out of 1,000 tested students came up positive for marijuana—certainly not enough to show that a drug problem was rampant.

The ACLU sued on behalf of her and her parents Christopher and Mika McDougall, but the case was dropped after she transferred to another school. After the suit was filed, the school changed its policy to mandate drug testing only for students participating in athletic activities or who could drive. 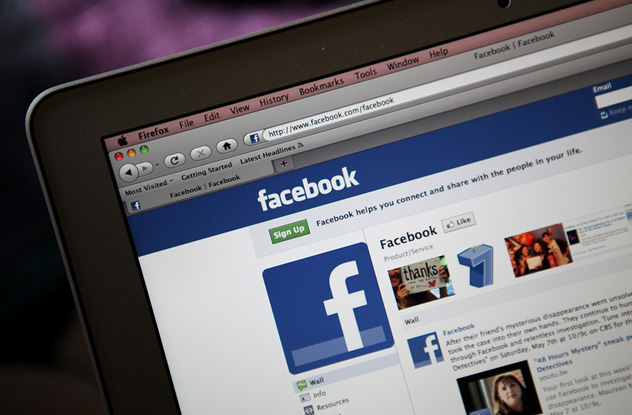 When Chelsea Chaney was 17, she posted a picture of herself in a bikini beside a cardboard cutout of Snoop Dogg (of all things) to Facebook to be seen by her friends. An administrator at Fayette County Schools then displayed it in front of hundreds of students and parents, supposedly to warn against the dangers of posting photos online. The slide was titled “Once it’s there, it’s there to stay.”

Chelsea hadn’t given permission for the photo to be used. It came as a horrible shock. The slide further falsely implied that she’d been abusing alcohol at the time. The school said the photo was randomly chosen, but Chelsea considers this unlikely, as you’d have to dig through her Facebook profile to find it. 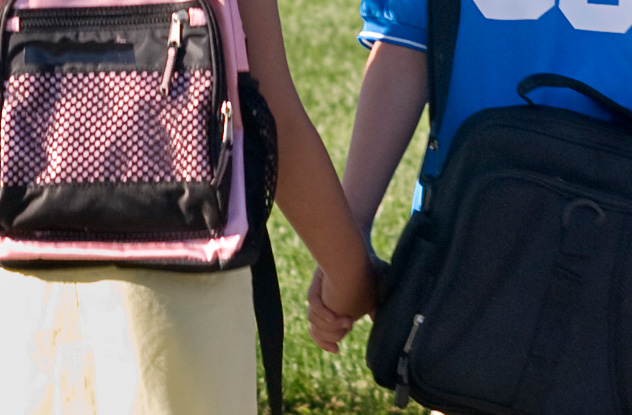 In 2013, Coghlan Fundamental Elementary School in British Columbia banned any and all physical contact between students. Playing tag, holding hands, and even Star Wars lightsaber duels all became punishable offences, with students liable to miss playtime and be sent to the principal’s office if they didn’t comply. The school said this responded to recent playground injuries and was motivated by safety concerns, but many parents weren’t happy and called the zero-tolerance policy too extreme.

This wasn’t the only school to take the idea of pupil safety too far. At Weber Middle School in New York, hard balls including soccer balls, baseballs, and lacrosse balls have been banned amid safety concerns. Cartwheels and playing tag are also against the rules unless supervised by an adult. Unstructured play is banned, too.

Earl Beatty Public School in Toronto also banned hard balls, including tennis balls, in 2011 after a parent was hit in the head by a soccer ball and sustained a concussion. 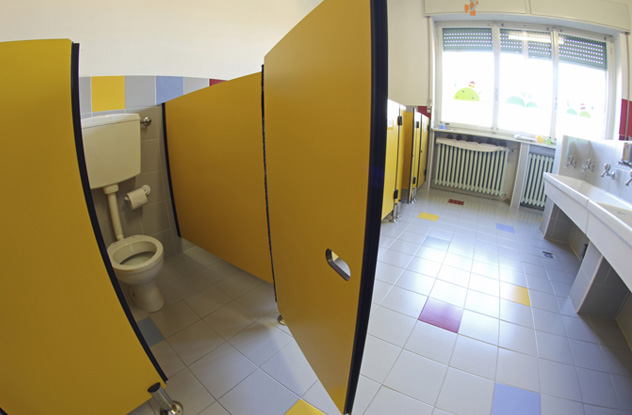 Kew Primary School in Melbourne implemented an interesting toilet policy in 2011. If one child went to the toilet, the entire class had to go with them.

This led to most children avoiding going at all out of embarrassment. The policy aimed to discourage classroom disruption but led to third graders wetting themselves. Students also suffered other adverse effects, including headaches from avoiding drinking water at school.

After the outrage was featured on the news, the school scaled the policy down. Now, pupils would have to go to the toilet in threes. Principal Kim Dray stepped down during a 19-month inquiry, and staff afterward voted unanimously not to bring her back.

Another school, in Oregon this time, operated a “Pay to Potty” scheme. First graders received a set number of “Super Pro” Bucks that they could choose to spend on either snacks, toys, or bathroom breaks. First graders aren’t exactly the most rational of creatures, and some students soiled themselves skipping bathroom trips for treats.

Again, this was meant to discourage toilet use outside of scheduled times, but it make students feel sick and scared of losing marks in class for using the bathroom too much. The Oregon policy was scrapped after complaints from parents. 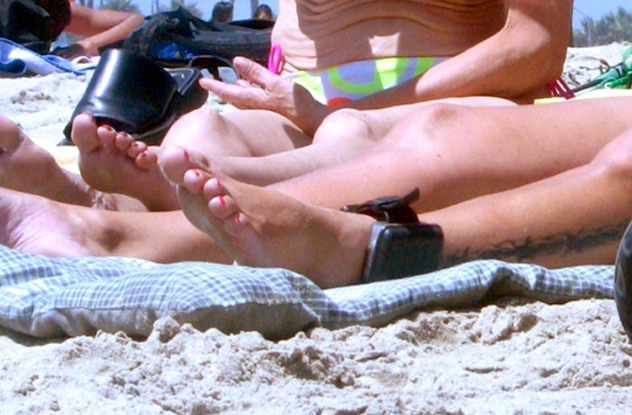 Anaheim Union High School District in California ran a six-week pilot program in 2011 to stop truancy among seventh and eighth graders. The students had to carry GPS trackers and check in five times a day: when they left the house, when they arrived at school, at lunchtime, at the end of the school day, and at 8:00 PM. They also received a phone call every single day telling them to get up for school.

This was meant to be an intervention for 75 chronically truant students, but parents expressed privacy concerns. However, at least the Anaheim students could keep some dignity by carrying the trackers like phones. A San Antonio justice of the peace championed a program where truant students would wear thick, GPS-equipped ankle bracelets for six months like criminals. The bracelets were impossible to remove and had to be worn full-time, so authorities knew where the students were even outside of the school day. 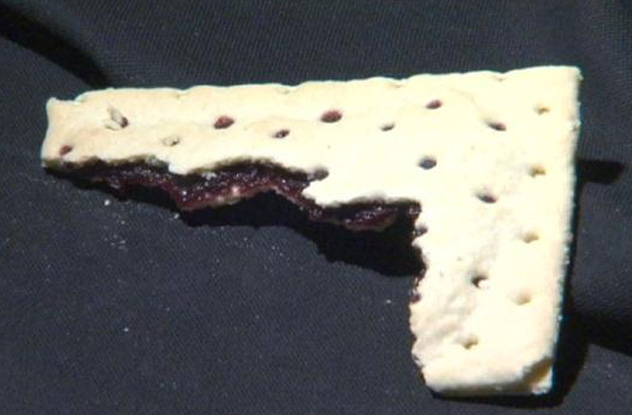 In March 2013, just months after the Sandy Hook shooting, schools were particularly terrified of guns, and some schools took this fear to irrational lengths. A seven-year-old in Maryland was suspended for unwittingly chewing a breakfast pastry into a shape that resembled a gun and allegedly pointing it at a classmate.

More ridiculous, a five-year-old girl in Pennsylvania was suspended for 10 days and accused of being a “terroristic threat” for talking about a Hello Kitty gun that blows bubbles when you pull the trigger. The girl was sent to a psychologist to ensure that she wasn’t a threat—which, of course, she wasn’t.

The stories are endless. Like eight-year-old Florida boy Jordan Bennett, who was suspended for pretending his finger was a gun while he played with his classmates. It doesn’t even stop at guns when a school has a zero-tolerance weapons policy. Take Johnny Jones, who was 10 when he was suspended and threatened with expulsion for pretending to shoot an imaginary bow at his friend. 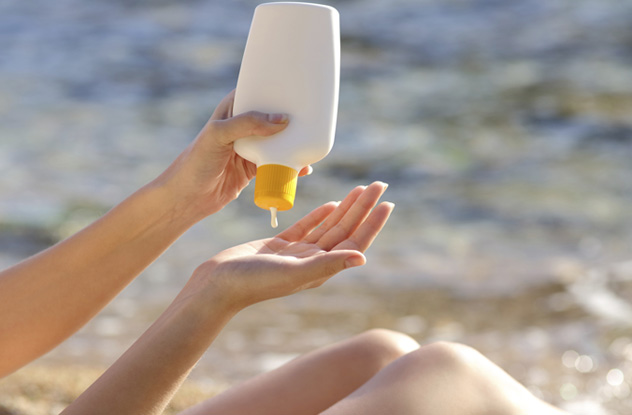 The North East Independent School District in San Antonio, Texas has banned students from bringing sunscreen to school because they class it as a toxic substance. Parent Christy Riggs was enraged to discover this in June 2014 when her daughter was banned from applying sunscreen on a six-hour field trip. Because of this, her daughter came home with her first sunburn.

The child’s father had died from skin cancer the previous year. Even a single sunburn more than doubles a child’s risk of skin cancer in later life.

The district treated sunscreen as a medicine and required a doctor’s note to have it in school, insisting that it could be dangerous if it got in a student’s eyes. Students had to lather sunscreen on before school and couldn’t reapply it during the day.

10 Vigilante Parents Who Sought Justice For Their Children