Most of us have an image in our heads of the world outside our own immediate surroundings. Even if we know that it’s not accurate down to the last detail, we’re comfortable with the fact that we at least have a vague idea of how things are out there. Unfortunately, a lot of that is based on half-baked knowledge at best and outright misinformation at worst.

That’s not to say that we’re picturing everything wrong. The Arctic is full of ice, the English do like tea, and Russia really is a huge country. However, when it comes to other parts of the world, our mental impressions couldn’t be further from the truth.

10 Snake Charmers Are Illegal In India 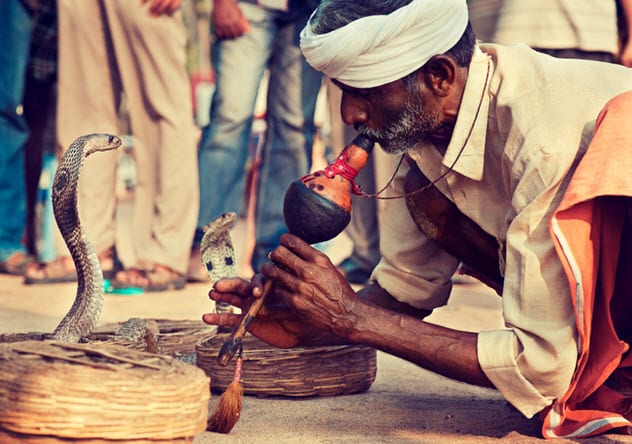 For a country as diverse and large as India, the stereotypes around it tend to be diverse as well. From software skills to spicy food to a lot of cows on the roads, India conjures up a bunch of images depending on what you know about the country.

The snake charmer, however, is one stereotype that everyone has about India, no matter where you are. That’s despite the fact that it is a thing of the past and snake charming is illegal in India.[1]

The government made keeping snakes for any occupational reason illegal in the Wildlife Protection Act, 1972. Further legislation has been introduced in recent decades to completely eradicate the practice, which predominantly involves king cobras. It also doesn’t make for the best job around, as many people would do anything else for a living rather than keeping one of the most dangerous snakes in the world as dancing pets.

Nevertheless, the stereotype lingers on. 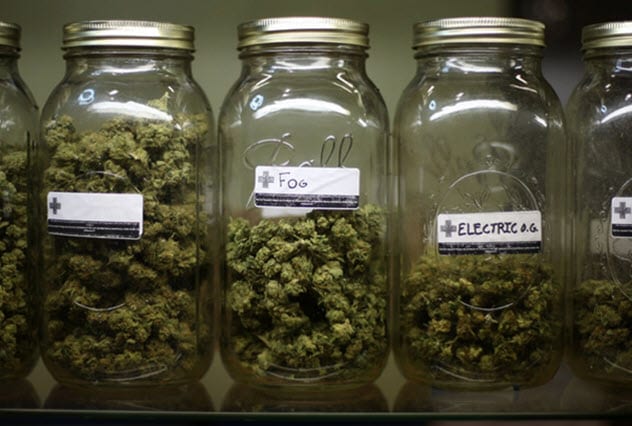 We all have that one friend who keeps talking about their trip to Amsterdam and the different types of high they got due to the lenient weed laws there. The Netherlands is often used as an example in support of legalization, and we assume that its consumption rate is one of the highest in the world. After all, if weed was legal, why wouldn’t everyone be smoking it all the time?

Surprisingly, though, that’s not the case. The Netherlands sits pretty low on the scale for weed smoking. It ranks at 20 in usage rate rankings, even though no one has bothered to look into why. It may have to do with a bunch of coffeeshops (regulated shops where you can legally buy cannabis) shutting down recently in the more conservative parts of the country. Then again, maybe the Dutch just don’t like weed that much.[2]


8 Pretty Much The Whole World Map When we look at the map of the world, we don’t stop and wonder if it’s accurate down to the real dimensions of the various countries on it. We don’t know who made it, but we sure trust whoever it was as it’s such a crucial and globally impactful thing to get wrong.

As it turns out, the world map is not accurate at all and heavily exaggerates the size of the northern hemisphere. As an example, if you see the popular version of it, Greenland would seem to be almost as big as the whole continent of Africa.

In reality, Africa is about 14.5 times as big. In fact, all the continents below the equator show up as smaller than they actually are when compared to their northern counterparts.

The reason for this isn’t exactly rocket science. The current world map is only one projection of Earth’s topography translated to a 2-D plane from its spherical dimensions. The one we normally use is known as the Mercator projection. It has often been criticized for exaggerating the sizes of Western countries despite being unanimously accepted as the real map across the world.[3]

7 Most Of Africa Isn’t Arid Whenever we think of Africa, we just assume that it’s mostly a dry desert—with the sole exception of South Africa, where all the wild animal sheds presumably are. No one can blame us for it, either, as the most prominent and globally recognizable countries in Africa fall in the dry desert area of the continent. Though again, that’s like assuming all of Asia is a cold and dry wasteland just because of Russia.

In reality, the desert doesn’t even comprise the majority of the type of terrain found in Africa. Only 25 percent of the continent—which is also limited to the north—is arid land. The rest is a vast and diverse mix of highlands, savanna, and tropical forest, among other terrain types.[4]


6 Sudan Has More Pyramids Than Egypt 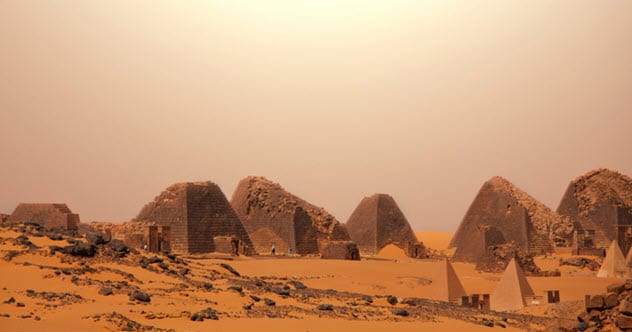 What do you think of when someone mentions Sudan? If you ask us, we’d say not a whole lot. We’ve only heard of the country in the context of being bombed by America for terrorism. Other than that, its reputation is largely that of a poor sub-Saharan region where nothing of note happens.

That would be, of course, unless you bothered to look into traveling to Sudan. It has a bunch of ancient Egyptian sites to see from its history as part of the Egyptian Empire.

Sudan is home to many important historical regions that no one bothers to visit, even though we may not instinctively think it would be. They have more pyramids than Egypt, including those of important Egyptian kings and nobles who clearly preferred being buried in Sudan over Egypt.

Despite all its historical heritage, the country isn’t visited by even a small fraction of all the tourists who go to Egypt. However, in Sudan’s defense, the country’s consistently dire political situation makes it a bit difficult to plan a trip.[5] 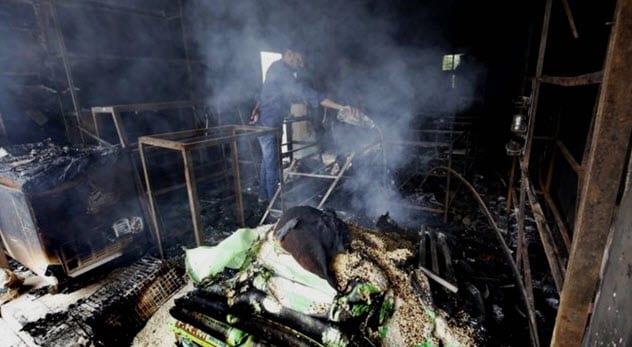 Whenever we talk about religious violence and begin to attribute it to the concept of religion itself, Buddhism is always brought up as a counterexample. “If Buddhists can stay peaceful, religion is not the problem.” Now we’re not saying that religion is the problem as that’s a loaded question about which we all have varying opinions. However, we are saying that it’s time to retire Buddhism as an example for it.[6]

If you dig a bit deeper into the recent histories of countries where Buddhism is a dominant religion, you’ll realize that absolutely no one riots like the Buddhists. Take Myanmar and Sri Lanka as examples. There, tensions between Buddhists and Muslims have often resulted in full-blown riots.

If you’re thinking “it must have been self-defense,” you’d be wrong. A lot of those riots were instigated by the native Buddhist factions. Radical Buddhism may sound like a joke phrase because we instinctively think of anywhere Buddhists live to be a peaceful paradise.

However, many other Buddhist groups have come forward to condemn the violence and most people don’t condone it in any way. So we can at least retire the stereotype.


4 Indonesia Is More Islamic Than The Middle East You can’t really associate any one place with Islam, one of the biggest religions in the world. However, considering its holy sites and our mental image of the area, the Middle East would likely be the region that takes this spot.

If we were to ask you which country had the most Muslims, most of us would err on the side of something like Iran or Saudi Arabia. You wouldn’t say something like Indonesia, which just sounds like a Southeast Asian country where everyone goes to party.

Surprisingly, it’s also the country with the highest population of Muslims in the world. Despite islands like Bali that are relatively less religious, the rest of Indonesia is actually more Muslim than most Middle Eastern countries.[7]

That’s not to say that the mental image of bright blue waters and 24-hour parties in Indonesia is inaccurate. It’s simply a small part of the country. Indonesia is also huge, ranking right beside Mexico and Sudan in terms of land size.

3 ‘Futuristic’ Japan Is Stuck In The Past In Many Ways 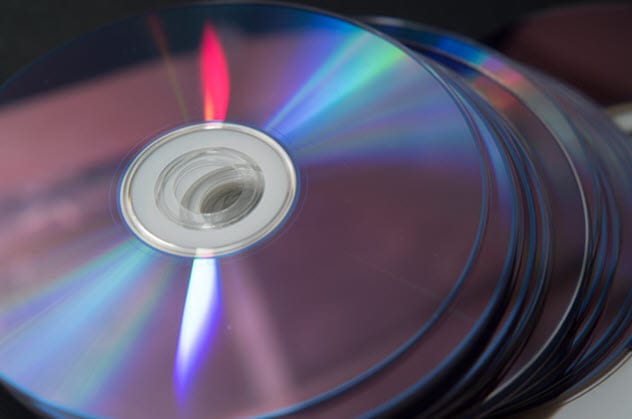 When talking about technological innovation, Japan is the first to come to mind. The birthplace of gaming, robotics, and anime, Japan is generally acknowledged to do things before the world catches up to them. To a large extent, that’s true for those things. Generally speaking, however, Japan prefers to keep things old school in quite a few other ways.

For one, the country can’t stop using coal. It’s the second-largest importer of coal after China, even though Japan is the last country you’d expect to do that. Second, the Japanese still prefer older rather than newer tech, even though the country is a leader in tech in many areas. It’s probably the only place in the world where you can still see music stores because CD usage is still abnormally high across Japan.[8]


2 Saudi Arabia Gets Its Camels From Australia 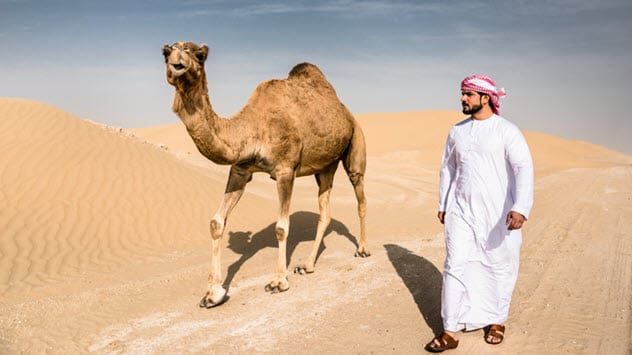 Camels can only be found in certain arid regions of the world, and Saudi Arabia sounds like the country you’d go to if you ever had to get camels for your birthday party. Whenever we think of camels, the image in our heads is of somewhere in Saudi Arabia.

Probably, we visualize a group of people riding against a backdrop of sand dunes with the Sun going down behind them. That’s why it’s so surprising to learn that Saudi Arabia is actually running low on both sand and camels and even imports some of them from Australia.

If you didn’t know Australia has camels or tons of sand, you haven’t been paying attention to the Land Down Under. And it’s not just Saudi Arabia. A sand shortage has been a problem in the Middle East for a while, and many other countries have recently turned to Australia to replenish their sand supplies.[9] 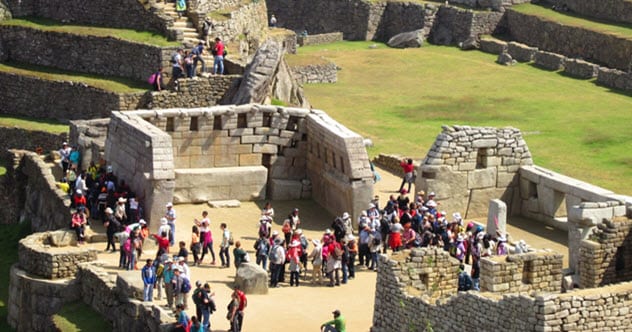 Anyone who has traveled through South America knows that the structures left behind by the once-mighty Inca Empire are some of the most beautiful in the world. Probably the most famous of them, Machu Picchu, is imagined as a beautiful archaeological structure of peace and tranquility surrounded by mountains.

Unfortunately, we’re all thinking of the same image that went viral at one time and things have changed since then. When you go there, you realize that it has turned into one of the most crowded tourist destinations in the world.[10]

The crowding at Machu Picchu is enough of a problem that the authorities had to introduce shifts to visit it and require tourists to leave when their time is up. There are also checks on how many people can go together. So if your group has more than 16, maybe you’ll want to find a lesser-known historical landmark to visit.