Between 2003 and 2013, 1,624 officers were killed in the line of duty in the US alone. Many others commit suicide each year for reasons stemming from job-related stress. Law enforcement is an extremely difficult, dangerous, and necessary service. However, funny and confounding stories sometimes come from the mistakes of police officers. 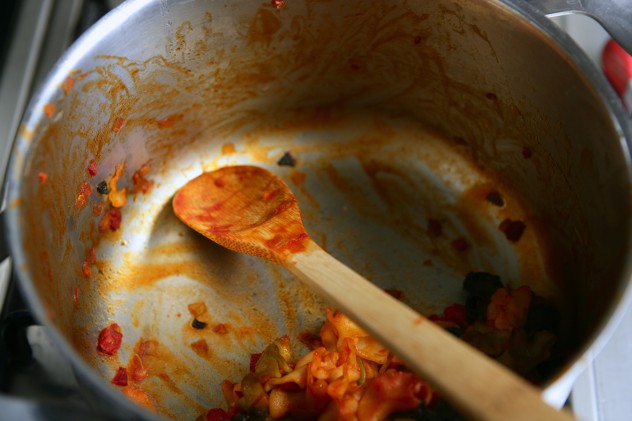 Ashley Huff was arrested on July 2, 2014 in Gainesville, Georgia while riding in a car. She spent two days in jail, then was released on the condition that she go to drug counseling. When she failed to go to her necessary appointments, she was arrested again. However, a large contributing factor to Huff’s decision not to attend some of her counseling sessions may have been the fact that she had been wrongfully charged.

The only evidence that Huff—who had no criminal background—had taken any illegal substances was a spoon she’d had with her at the time of her arrest which had some blackish residue on it.

What the arresting officer interpreted as methamphetamine residue was actually SpaghettiOs, as was confirmed in September 2014, after a rather belated lab test of the spoon. Huff’s completely needless ordeal actually could have been much worse, as her public defender stated that before the lab evidence came in, Huff had expressed willingness to agree to a felony conviction so she would be released from jail, even though she’d never wavered in asserting her innocence.

9DEA Agent Shoots Self At Most Ironic Time

Forty-two-year-old Drug Enforcement Agent Lee Paige was giving a demonstration on gun safety in 2004 to an Orlando, Florida classroom after 14 years in the service. He accidentally fired the gun and was variously reported to have shot himself in the leg or the foot. Surprisingly, he intended to continue the lesson, stating that the accidental fire just went to show what he was talking about.

Accidental gunshots in formal situations and during gun safety lessons are hardly unknown. However, by 2006, a leaked video of Paige’s accident had made him a laughingstock and he was appearing on ABC television to talk about the harm the video had done to his reputation, including the personal harassment he faced.

It also caused him to be disciplined for “negligent discharge.” In 2010, he filed suit against the DEA on the grounds that the leaked video violated his privacy. He lost the case and was not able to get an appeal granted in 2011. 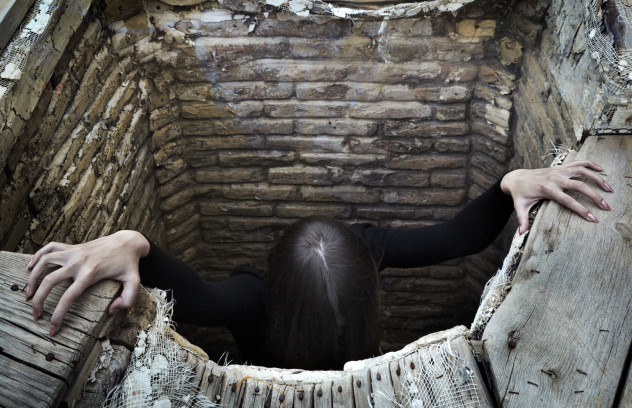 While it’s easy to express a bit of contempt for the intelligence of this famous mass murderer, it’s also easy to note the remarkable trouble that law enforcement had keeping him in custody. After his first arrest in 1976, Bundy was allowed to visit the courthouse library in Aspen, Colorado on June 7, 1977.

At one point, he was left with no supervision or restraints while he was in the courthouse library. He was able to sneak out by merely climbing out through the window. He was able to evade capture for several days and even stole a car, which someone had left the keys in, but ultimately he was brought back into police custody.

More surprising was Bundy’s ability to escape again within six months. After carving a hole in his cell’s ceiling—presumably the most difficult portion of a cell in which to conceal a hole—Bundy was able to crawl out of prison. The lax nature of his cell inspections was surprising, given his history. Unfortunately, before he was recaptured in February 1978, he was able to kill three more people.

Officer Edward Sanchez’s blunder truly seems too ludicrous for even a teen comedy, but here it is all the same. On April 21, 2006, the 28-year-old officer in Dearborn, Michigan stole marijuana and took it home for himself and his wife to use.

He opted to bake the marijuana into brownies, without realizing how strong the concentration of THC would be. That night, he called an emergency hotline because he thought he had poisoned himself and his wife with the contraband. Initially, he tried to blame her for adding it to the brownie mix, but he later admitted that the whole thing was his idea.

Very unjustly, despite the overwhelming evidence that Sanchez had abused his authority and committed multiple crimes in order to get this humiliating and anxiety-inducing high, he received very light punishment for it. No criminal charges were brought against him after he quit the police force.

At least the crimes committed by Officer Sanchez were relatively harmless and had an air of ridiculousness about them. The most famous crime committed by officer Brendan Cronin is simply horrifying. On April 21, 2014, the 27-year-old officer became so drunk while off-duty that he opened fire on an idling car in West Pelham County, New York.

He fired 13 shots at the car, hitting the driver six times, non-fatally, while sitting in his own car. When officers approached his car, he threatened to shoot them as well, although he’d already emptied his gun. However drunk he must have been, he complied with orders to drop the gun and was taken into custody without any further violence.

No reason was given for this crime, with Cronin admitting that in his inebriation he didn’t remember the incident at all, let alone what his motivation was. Cronin pleaded “not guilty” in the face of considerable evidence. When he was arraigned for attempted murder on July 10, 2014, it came out that Cronin had been drinking that entire day, including when he was on-duty. 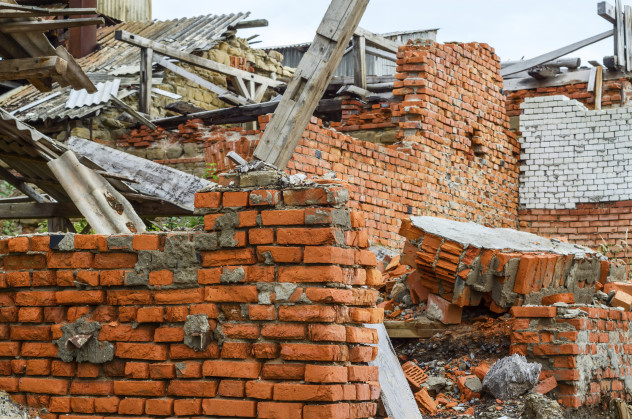 In the late 19th and early 20th centuries, domestic terrorist bombings in America were rampant. In 1886, there was the deadly Haymarket Riot bombing in Chicago that killed seven officers and an unknown number of civilians. In 1920, a bombing on Wall Street killed 38 people. In this atmosphere, the actions of the police in Youngstown, Ohio in response to the discovery of a bomb are all the more incomprehensible.

In 1917, a bomb (which was essentially a big metal tube) was discovered in the town. The police, apparently not fully believing that it was a bomb, brought it to the police station for inspection, instead of discarding it in a manner less likely to endanger anyone.

Reportedly, the police were joking about the tube as they inspected it, until it detonated and killed 10 officers. Essentially the same thing happened that same year in the Milwaukee police station, killing nine officers. Hard to imagine there ever was a time where a bomb threat was taken so lightly by the people most endangered by it. 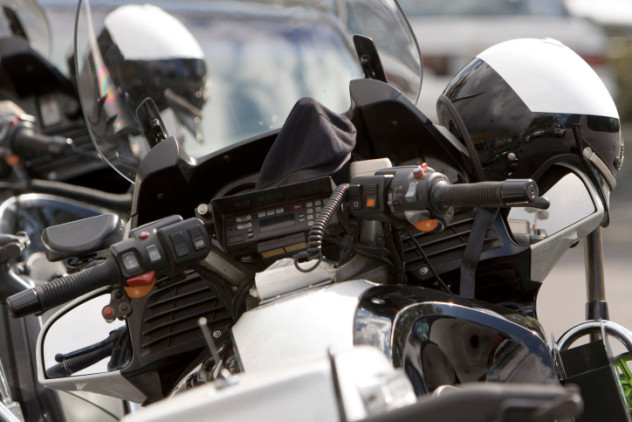 You wouldn’t think that a drug prevention presentation at an elementary school would require a police officer to bring deadly force, but apparently the event organizers at Newman Elementary decided that was just the thing they needed.

On October 23, 2013, the Chino Police Department in Los Angeles sent a representative with a motorcycle that had an assault rifle mounted on it. The rifle was loaded with live ammunition, and what’s more, a student was able to gain access to the trigger and fire the weapon. Three students were injured in the ensuing fire.

Fortunately, no rounds hit any students. The wounds were all minor ones that resulted from panic induced by a police AR-15 being discharged on school grounds, though two students were hospitalized. It’s too early to determine whether or not this sort of thing would have prevented any of the students from ever doing any drugs, but it probably wouldn’t have been worth the risk anyway.

3The Murderer Who Was Accidentally Released 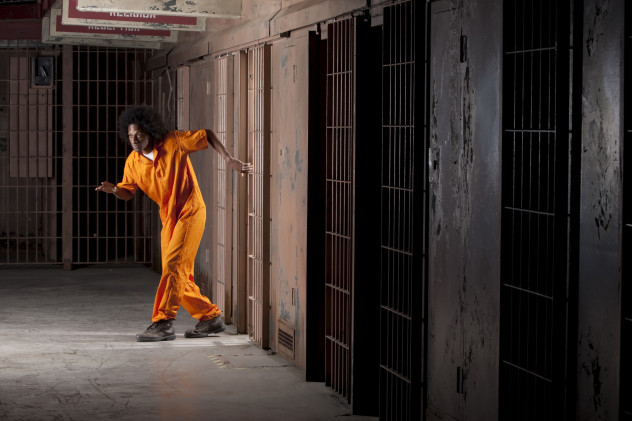 In January 2013, Steven Robbins was serving the ninth year of a 60-year sentence for murder and possession of a gun without a license. He was brought from an Indiana Department of Corrections facility to Chicago for a court appearance related to a charge of cocaine possession and armed violence.

This was pointless, not only because he was already incarcerated for a crime—for which he would not be eligible to leave prison until 2029 at the earliest—but also because the charges had already been dismissed in 2007. Nevertheless, he not only was taken to Chicago, but while he was there he was released into the public by Illinois authorities for unknown reasons.

Robbins’s escape did not have the tragic consequences that came with Bundy’s second escape. He was apprehended again after only two days of accidental freedom. Reportedly, he did not kill or even assault anyone during his time on the lam. Less fortunately, accidental releases of that type happened before and after—more often than you might imagine. 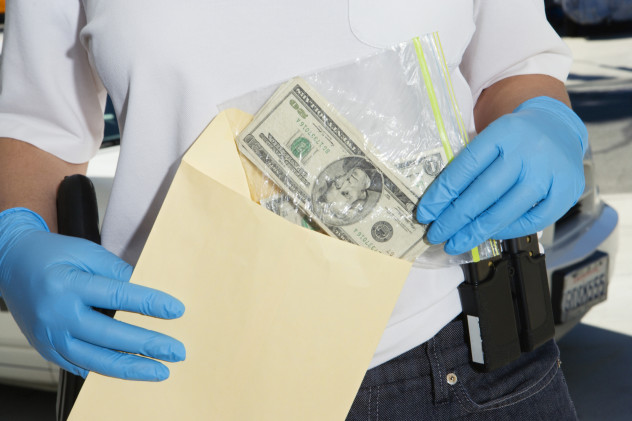 Errors related to the transportation and imprisonment of human beings are at least somewhat understandable in general. Humans can be crafty, and there are many ways that communication can break down in the process of moving people around. In this case, though, we’re talking about the storage of evidence—including narcotics like cocaine. In January 2014, the Indianapolis Metropolitan Police Department decided to clean house and update their servers.

In the process of updating their evidence storage, 149 pieces of evidence were wrongly marked for destruction. The error wasn’t noticed until nearly halfway through the process, by which time 68 needed pieces of evidence had been burned up. The destruction of this evidence was a potential threat to 27 cases, enough that the more paranoid might be led to believe that some sort of cover-up might have happened. However, the clerk who made this error wasn’t discharged for her mistake. But hey, surely that cleared up some shelf space. 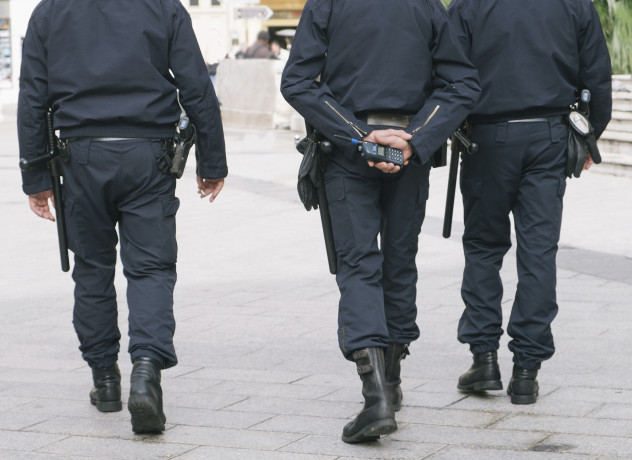 Sir Rupert Mackeson was a larger-than-life, self-styled, lovable rogue who in 1981 was wanted in the United Kingdom for 16 charges of fraud. His plan to deal with it was to hide in Rhodesia—now called Zimbabwe. However, British police apparently could not tolerate that, and a task force was dispatched. He was soon arrested and brought him back to his home country. There was no executive order to do so, as police acted under their own initiative.

Evidently, no one involved in organizing the international effort had checked to see if Rhodesia had an extradition treaty with the United Kingdom. It turned out that there was no such arrangement, as Britain regarded Rhodesia’s minority white regime to be illegal. The police had made an arrangement with Rhodesian authorities to extradite him, even though it was not legal to do so.

Instead of bringing the fraudster to justice, United Kingdom law enforcement had basically allowed the man who was No. 7 on their 10 Most Wanted list—as Mackeson claimed in his autobiography—to go free in his home country.

In surely one of the more surreal cases of drunken officer misconduct, 23-year-old Officer Kyle James McCartin and an unidentified man entered the Tucson, Arizona, Giant Gas Station on July 15, 2013 at 3:00 AM. Both were wearing ballistic vests with no shirts underneath. McCartin had also brought his police-issued firearm.

The officer was in such a state that he drew his firearm and threatened the clerk by aiming it at his face. McCartin then took a few steps over to his left, and then repeated the gesture to the naturally horrified attendant. His companion didn’t produce any weapon, but he did slap McCartin’s hand with the gun the first time the officer aimed it at the clerk’s face. Naturally, all of this was clearly captured on video.

McCartin and his companion fled the scene on foot and were promptly captured for their outrageous behavior. McCartin had already been on probation at the time of his arrest. He was charged with two counts of aggravated assault, presumably once for each time he trained his gun on an innocent clerk.