When you see a product on a shelf, you can reasonably expect that it’s undergone some sort of testing to make sure it does what the label claims it does. However, the regulations regarding what companies can write on their labels are notoriously lax, meaning that they can make fantastic claims without backing them up. That’s why some companies and inventors have gone to insane lengths to put their money where their mouths are.

Though he is relatively unknown, Elisha Graves Otis was a brilliant inventor who revolutionized how humanity moves in a straight line. Otis is the brains behind the elevator safety brake, an invention that helped make elevators statistically safer than stairs.

Otis’s simple invention dramatically improved elevator safety by removing the risk of the elevator dropping to the bottom of the shaft if the cables supporting it snap. The invention consists of a large spring that is kept coiled by the elevator’s own weight. If the elevator suddenly drops, the spring snaps apart, locking it in place and saving everyone onboard from a one-way trip to the ground.

This innovation was so incredible that many people were skeptical of its effectiveness, making it initially difficult for Otis to sell his invention to the public. Undeterred, he went to the 1954 World’s Fair to demonstrate his product by standing on a platform 6 meters (20 ft) in the air and having an assistant cut the rope supporting him with an axe. After Otis failed to die a horrible death, sales of his own brand of safety elevators doubled.

Woodworking is a dangerous activity that results in hundreds of injuries every single year. Every day, more than 10 fingers are accidentally cut off in such accidents. Steve Gass was determined to reduce that number in the coolest way possible.

Gass invented a saw that cannot be used to cut off a human digit. It works by continuously passing a small current through the blade. When the current is interrupted, the blade is drawn down and away from the cutting area. When this interruption is caused by a body part, the result is only a small nick or cut instead of amputation.

Gass tested his machine multiple times in his workshop with a hotdog and then his own hand. After being turned away by many large US power tool manufacturers on the grounds that his machine was too expensive, Gass decided to sell his invention to the public directly. He marketed the machine at trade shows, demonstrating its features by turning it on in front of crowds and then sticking his finger into it, which can be seen in the video above.

Draggin’ Jeans is a company that makes jeans specifically designed to protect motorcyclists from injury. The jeans, which are made from a special blend of denim and Kevlar, have received multiple safety awards. They’re touted as a practical alternative to riding leathers, which can be uncomfortable, and as an added bonus, they also look pretty cool.

While safety awards and reams of scientific jargon have helped sell the jeans to the public over the years, it’s what the company’s CEO did back in the ’90s that really cemented their reputation for quality with customers. Grant Mackintosh put on a pair of his company’s jeans and let himself be dragged by a motorcycle along a road at 100 kilometers per hour (62 mph) for several hundred feet. When the stunt was over, he stood up to show a film crew that the jeans had barely been scratched, let alone compromised enough to risk marring his skin, as seen in the video above.

One of the advantages of selling bulletproof glass is that it’s highly unlikely that 99 percent of your customers will ever know how well it actually works. But if you’ve got a shoddy product, the 1 percent of people who find out are not going to be happy.

In an effort to prove that their bulletproof glass actually worked, the CEO of Texas Armoring Corporation set up a pane, sat behind it, and invited one of his employees to shoot at him with an AK-47, as seen in the video above. To make things more interesting, Trent Kimball wore only a pair of safety glasses and a winning smile to protect himself from any potential debris. 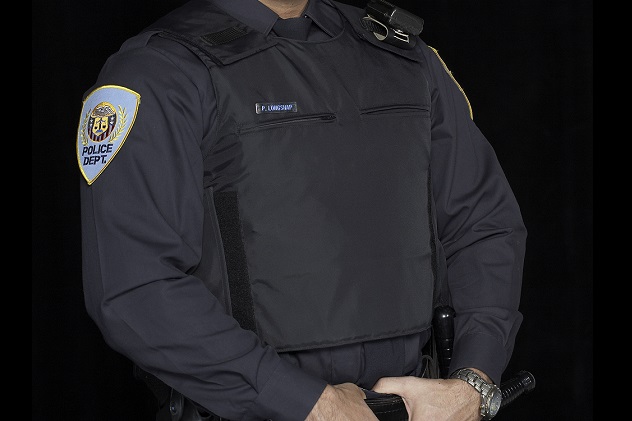 The bulletproof vest, invented by Casmir Zeglen, is another item whose efficacy the customer wants to be completely certain about. As an ordained Catholic priest, Zeglen felt obligated to do something to prevent the senseless loss of life to gun violence after the assassination of the mayor of Chicago, and he spent many years tinkering with various materials to see what worked. Eventually, he happened upon research that discussed the remarkable impact-resistant properties of silk and created a vest of plied silk that was capable of outright stopping a bullet under lab conditions.

To prove that his invention would work in the field, though, Zeglen needed to do something decidedly more dramatic than shoot a white square. After testing his vest on a corpse and a live dog, he decided that the best way to prove that it worked was to try it on himself. One of Zeglen’s most ardent supporters, Dr. L.C. Borland, allowed Zeglen to conduct this final test on the roof of his own house.

In front of a crowd of curious witnesses, Zeglen ascended to the roof, where he put on his vest and allowed himself to be shot in the chest eight times. Thoroughly unharmed, he compared the sensation of the gunshots to being prodded with a stick. One onlooker was so amazed by Zeglen’s invention that he asked to try it on, too. He was also uninjured by the barrage of bullets launched at his torso. 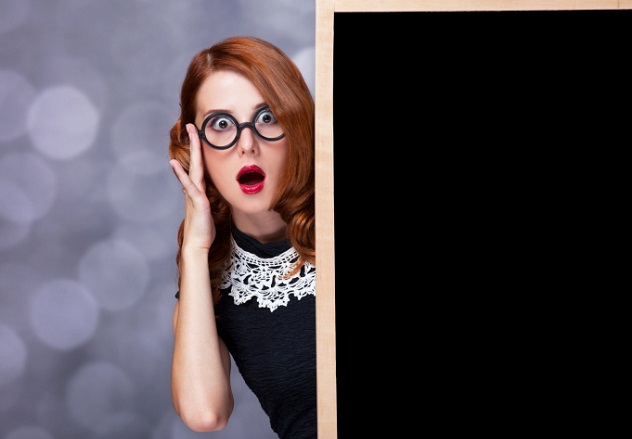 Professor Giles Brindley was one of the first people to determine that pharmaceutical medicine could induce erections in men. In 1983, he infamously showed his penis to an entire lecture hall of urologists to demonstrate the pleasant side effects of an antispasmodic drug called papaverine.

Thanks to sensationalist coverage of the event, it’s hard to know what actually transpired that day. However, it’s universally agreed that after removing his pants, Brindley waltzed around the room of medical professionals and invited them to touch his genitals to make sure he wasn’t using any sort of trickery. The unconventional stunt garnered the aging scientist and his work a considerable amount of attention, which helped to make the treatment of erectile dysfunction with drugs a commonplace practice.

Just how tough is Security Glass?

In 2005, mega-corporation 3M set up two panes of their smash-resistant glass at a Vancouver bus stop. The company then invited members of the public to try to smash the glass for a chance to win $3 million.

Many claims reported about the stunt have been exaggerated, such as the suggestions that the panes of glass were protecting real money or that they were left totally unsupervised. In reality, while a small amount of real cash was stored behind the panes of glass, most of it was fake. Members of the public were also fully supervised to make sure they didn’t just ram it with a car or something.

The company did allow people to swing at the glass with a host of weapons, however, up to and including sledgehammers. The contest was declared over without a winner when the frame holding the glass began to give way, proving that the glass truly was indestructible.

PPSS is a UK-based company that specializes in making a variety of protective clothing like jackets, shirts, and vests that are resistant to stabbing, cuts, and bullets. The CEO of the company, Robert Kaiser, is so dedicated to proving that his products can stand up against anything that he’s personally appeared in a handful of videos, one of which can be seen above, in which he invites people to try to kill him while wearing the clothing.

In these videos, Kaiser can be seen getting shot, stabbed, and slashed with a host of deadly weapons. In this video, he is beaten with a telescopic police baton and stabbed with a combat knife by a burly man in a suit. In another, he is shot with a Glock 19. According to PPSS, Kaiser takes part in these experiments to show customers that he has utter faith in the products that he sells. 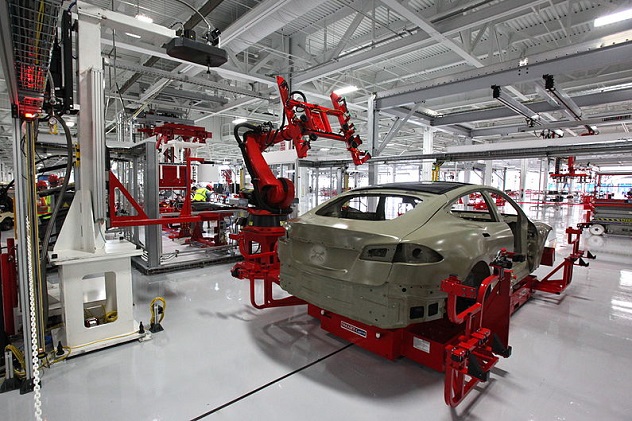 In 2013, the Tesla Model S was revealed to be the safest car ever made. It’s so safe, in fact, that it can’t even be rated on the current five-star system and famously broke the machine designed to crush it.

However, this wasn’t enough for Tesla. Upon hearing that their car had broken the machine designed to test the strength of their car’s roof, the company demanded that it be tested again because it’s possible that a car that is only strong in certain places could break the machine. The Model S was studied to determine its weakest structural points before retesting to ensure that it would receive a five-star rating regardless of how the test was configured, unaware that it would actually exceed it.

Troy Hurtubise is legendary in some circles for his near-crippling obsession with inventing “bear-proof armor.” According to Project Grizzly, the 1996 documentary that chronicled Hurtubise’s bizarre quest, he was inspired primarily by a desire to study bears up close without becoming grizzly chow after surviving a chance encounter with a bear in 1984.

Keen to spend more time up close with his newfound spirit animal, Hurtubise spent seven years and thousands of dollars of his own money building a suit that was thoroughly bear-proof. To test the various iterations of his suit, Hurtubise asked random strangers to beat him with sticks, push him down cliffs, and hit him with cars while wearing it, as seen in the video above.

Sadly, Hurtubise never got a chance to test whether his invention worked in the wild. It was too heavy for walking on uneven ground, which is plentiful in bear country. However, the inventor did once manage to convince someone to let him into a cage with a captive Kodiak bear, who was so terrified of Hurtubise that the poor animal wet itself. In that sense, his invention did technically work, although not in the way he had hoped.

Karl has never made a bear pee itself, a fact that haunts him every day. He does have Twitter and Tumblr accounts, though, which is kind of the same thing.