Some of the world’s most priceless artifacts have been lost in war, buried and then forgotten, or simply misplaced without explanation. Many have been missing so long they have transformed from treasure to legend to rumor. Some have made it to the black market. Some have been stowed away in private collections. Some are believed to have been destroyed completely. 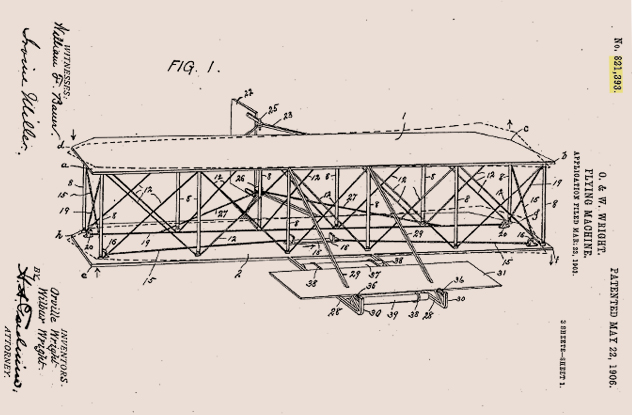 The National Archives store some of history’s most prized and rarest documents. Security is tight in the most important anthropological storehouses in the world, yet this hasn’t stopped thieves from making off with some of its priceless pieces.

The patent papers that describe in detail Wilbur and Orville Wright’s concept for a flying machine were lifted by an unknown crook without anyone noticing. Not until 2003 did anyone discover that it was missing, and since then, no one has been able to apprehend the culprit.

Thefts at the Archives have become so common that an armed task force has been assigned to track down the missing pieces. The photos taken by astronauts during the Moon landing have been recovered, as have the audio tapes from the Hindenburg crash. But until someone tries to auction off hand-drawn airplane sketches from the early 1900s, we may never know where the patent papers took off to. 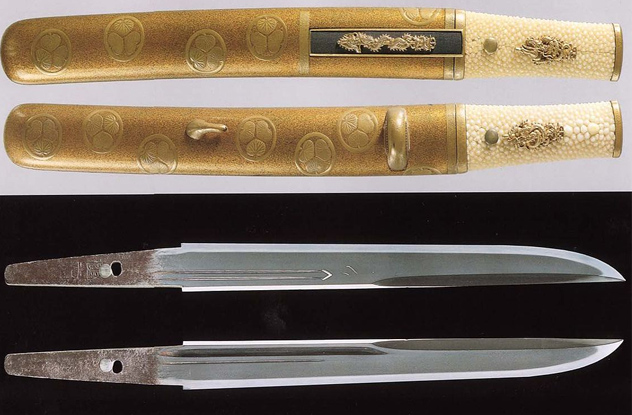 Stolen national treasures is not a purely US problem. According to the Agency for Cultural Affairs in Japan, 109 items marked as national treasures or important artifacts have gone missing from their collection. The pieces were being kept by private owners, which makes it impossible for the agency to keep track of their whereabouts.

Of the listed items, 52 swords, 17 sculptures, and 10 paintings cannot be located. The report says that either they were stolen, the owners had moved, or no one had kept track of the items after an owner died.

In the missing collection is a 13th-century tanto sword signed “Kunimitsu.” The owner died, and the agency was not notified when the item became a very highly valued inheritance. As with so many pieces of its kind, the agency believes the owners are not aware of the policies in place to manage its location. They plan to start visiting the remaining owners on a regular basis to keep tabs on their whereabouts. 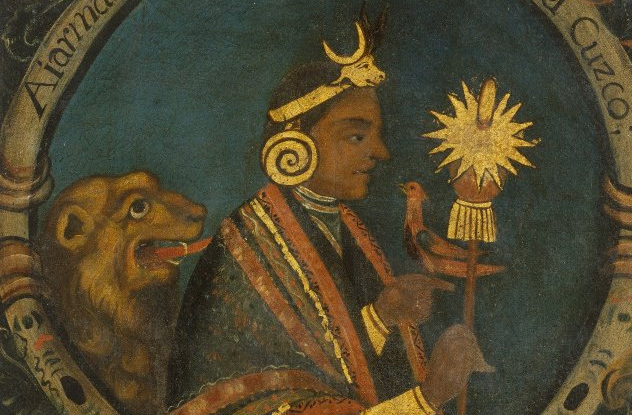 Many legends surrounds the lost city of Paititi. It is said to be the location where the ancient Incas, desperate to hide their treasure from marauding Europeans, stored all of their gold. Due to its location and relative obscurity, the city gradually became synonymous with the legendary El Dorado. The two eventually became one mythical location where one lucky explorer could find endless riches.

Explorers have been searching the jungle of Peru, mesmerized by the potential of the lost treasure. There are many settlements in the region that are remote, where explorers have found clues that they believe will lead them to their prize.

Whether Paititi is simply another version of El Dorado or a real city in its own right—or if either of the two are real at all—remains to be seen. 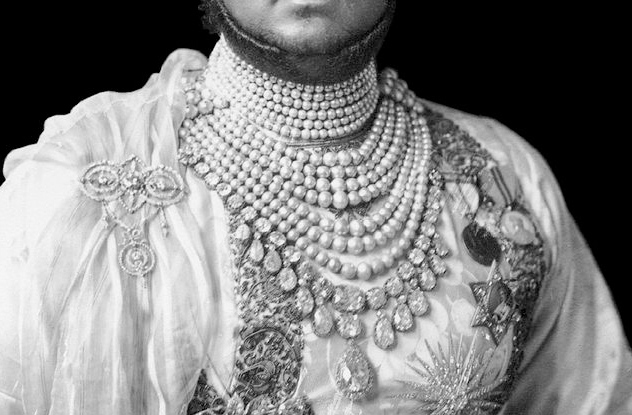 The Patiala Necklace was an item of rare beauty, designed by the house of Cartier in 1928. This gift to the Maharaja Sir Bhupinder Singh had five rows of platinum chains adorned with 2,930 diamonds. It was encrusted with Burmese rubies among other jewels. The centerpiece was the seventh-largest diamond in the world, the famed DeBeers Diamond, a 234.6-carat yellow diamond, roughly the size of a golf ball. The necklace was the prize piece until it disappeared in 1948. The last person known to wear it was his son Maharaja Yadavindra Singh.

The necklace itself was recovered by a Cartier representative in London over 50 years later, but it was missing its most impressive jewels. Among them were the Burmese rubies and the DeBeers diamond. Cartier restored the necklace as best they could, using cubic zirconium and other less expensive gems. The original, which is believed to have been dismantled and sold by the Maharaja’s family members, would be worth $20–30 million today. 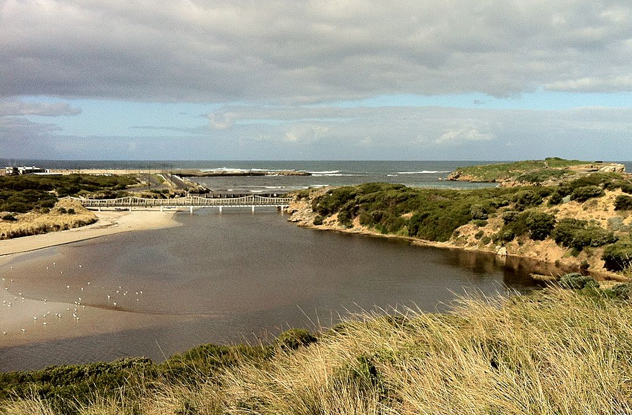 When a ship sinks miles off the coast with virtually no way for searchers to reach the bottom of the ocean, it can take decades or even centuries to find the wreck, if it’s found at all. The Mahogany Ship, however, is a complete different story. It isn’t miles out to sea, it’s not at the bottom of the ocean, and it’s not between a set of iffy coordinates that take precise measurements to calculate. It is, in fact, in the harbor, beneath the sand dunes in southwest Victoria, Australia.

The legendary ship was made of dark wood, speculated to be mahogany (but probably a different material altogether). It’s said to have sunk as part of a secret Portuguese mission to explore Australia in 1522. The wreck was allegedly spotted almost 350 years later, in 1847, before people lost track of it altogether.

All the details are conjecture based on accounts by whalers and locals over 150 years ago. Though no one has managed to prove its existence, no one can disprove it, so the mystery endures to this day. Believers in the tale say that Captain Cook’s HMS Endeavour, supposedly the first European ship to reach Australia, was not the first ship of its kind to make landfall on the remote island nation. 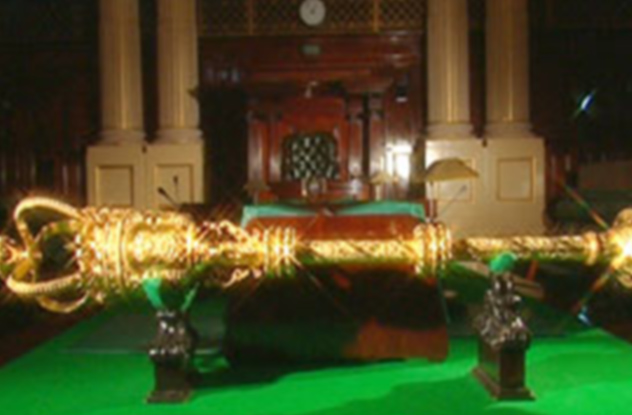 The Parliamentary Mace was a symbol of the Office of the Speaker and the constitutional rights of the people of Victoria. On October 9, 1891, it vanished.

Parliamentary engineer Thomas Jeffrey was seen running from the building that afternoon carrying a package that matched the description of the artifact. Police also found tools in his home that matched markings on the display case that had been forced open during the robbery. And yet Thomas was able to avoid imprisonment for lack of evidence.

Though the mace had little intrinsic value, the reward for its return stands at $50,000. So treasure hunters who want to make parliament very happy while making some easy cash might start the search somewhere near the Maribyrnong River in the suburbs of Melbourne.

4The Crown Jewels Of King John 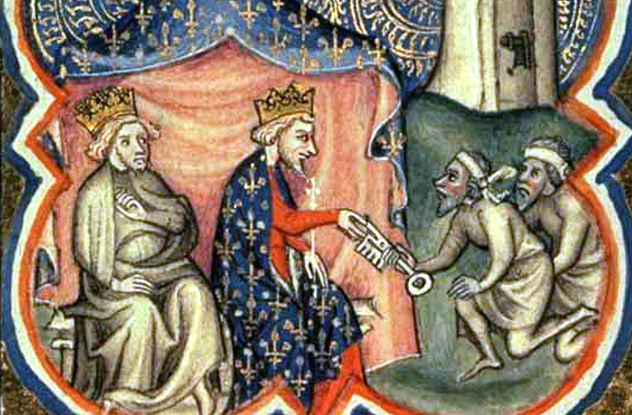 The Crown Jewels of England are considered by many to be the most ostentatious and impressive set of precious jewels in existence. Used in coronation ceremonies, the jewels are kept under heavy security in the Tower of London. They are guarded by specially trained appointees known as Yeoman of the Guard. These Beefeaters are the most popular attraction for tourists to the Tower of London outside of the jewels themselves. The set consists of a crown, a scepter, and several other ornaments of royal caliber.

The Crown Jewels have been replaced, stolen, and destroyed on several occasions. One such mishap involved King John, who in 1216 tried to cross the Wash, a bay in Lincolnshire. He miscalculated the incoming tide and lost his luggage, which was washed out to sea. In his luggage? The Crown Jewels. He contracted dysentery and died a few days later.

The area is exceptionally dangerous due to the fast incoming tides and muddy waters, but treasure hunters still flock annually to the Wash, hoping to find the haul of a lifetime. 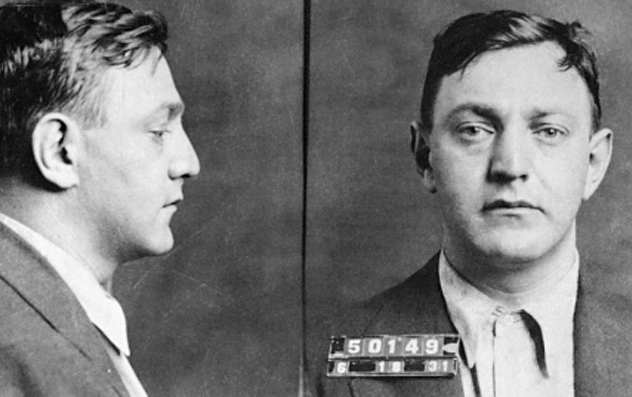 New York mobster Arthur “Dutch” Flegenheimer stole his nickname, along with pretty much everything else that wasn’t nailed down, and amassed an empire valued at $20 million a year. Hounded consistently for tax evasion, Dutch did what Capone never thought to do. He packed his fortune into a metal box and buried it in the Catskills.

Intending to recover the fortune once things cooled down, and knowing that mobsters who went to prison tended to lose their empires while they were away, Dutch kept the location of his fortune secret. He was eventually acquitted of his crimes and set about changing his image. But he was gunned down soon after during a meeting at a local eatery.

Due to lack of evidence and the expense associated with locating such a treasure in a vast wilderness, attention has fallen away from this legendary payday in recent years. Millions in ill-gotten gains are still waiting in upstate New York for someone to uncover. 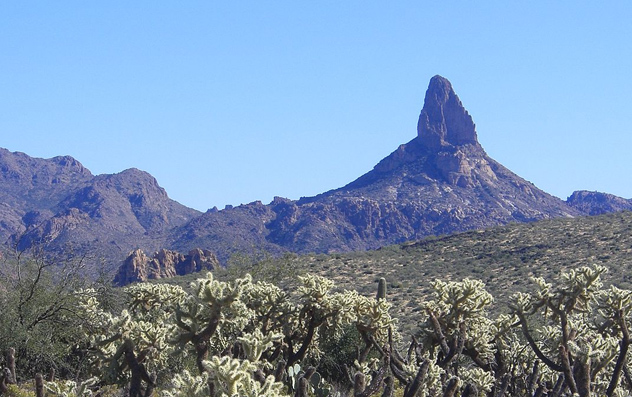 The story of the Lost Dutchman and his mine is considered by many to be nothing more than a fairy tale, yet others have believed so much in it that they have risked and even lost their lives in search of the infamous treasure.

The rumored gold mine was discovered in the 1840s in the appropriately named Superstition Mountains of central Arizona. A family worked the mine and shipped the gold back to Mexico until a group of Apaches slaughtered them.

Only one or two survivors were left, and they escaped into Mexico. The area where the attack occurred is still known as the Massacre Grounds. The legend grew, and many people claimed to have maps or know the mine’s location, but tragedy befell each of them before they could lay claim to the gold.

In the 1870s, a German immigrant named Jacob “The Dutchman” Waltz was said to have rediscovered the mine with the help of a descendant of the original family. He was also rumored to have stored caches throughout the Superstitions. His partner was soon killed, either by Apaches or by Waltz himself.

With his health failing, the Dutchman is said to have described the mine’s location to Julia Thomas, a Phoenix-area neighbor who took care of him in 1891. She was unable to locate the mine herself with the information he provided, and though many have tried, no one has been able to verify its existence or locate the missing gold since.

Most accounts place the mine in the vicinity of Weavers Needle, a large and well-known formation outside of Phoenix. Groups frequently visit the area, but the National Park Service warns that the terrain is treacherous for the unprepared. 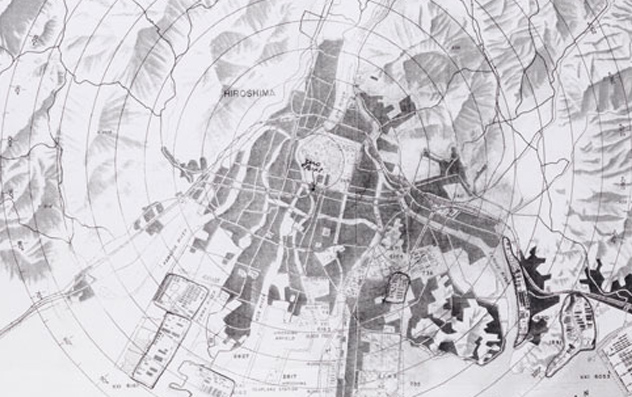 Oftentimes, priceless treasures are lost due the carnage and destruction of war. Every now and then, however, the items themselves are a result of the battles.

A set of very important maps are missing from the National Archives. The two pieces of paper, dated June 1945, were created by the Army Air Corps to plan a coordinated bombing attack on Hiroshima and Nagasaki. Showing aerial photography of the region with strategic points mapped out, these missing artifacts are a reminder of a dark time in the world’s history.

No one is sure when the items went missing, and the task force assigned to investigate has yet to provide an answer. It’s not known how the thief acquired the documents or disposed of them. What is known is that audio recordings from the archives were also being stolen by a former employee who had planned to sell them on eBay.