Many people know the character of Professor X as the benevolent leader of the oppressed X-Men. However, there is a darker side to Xavier ranging from lust and manipulation to attempted genocide.

10Charles Xavier Had The Hots For Jean Grey 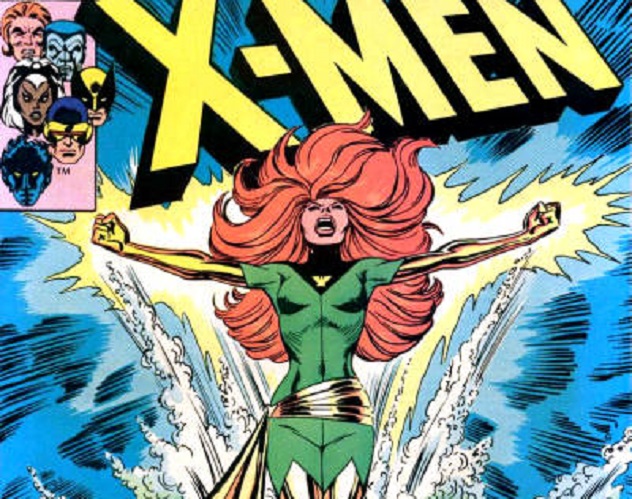 Most audiences are familiar with Professor X as a kind of father figure to his flock of mutants. This isn’t surprising considering how many X-Men comics and movies emphasize how being a mutant divides the X-Men from their original families. They can make the team their new family and Professor X their surrogate father.

With that in mind, it’s shocking to reread panels from The X-Men No. 4 written way back in 1964. In these panels, Professor X touches Jean’s elbow and holds her hand while telling her to be careful. Afterward, he thinks of her as “the one I love” and laments that his status as leader of the team and as a disabled person prevents him from expressing his love to her. If that’s not creepy enough, Jean Grey is about 15 at the time, making Xavier less of a hallowed hero and more of a Humbert Humbert. Mercifully, this event is never explored again outside of being referenced in the Onslaught story line.

9Lying To Wolverine For Years 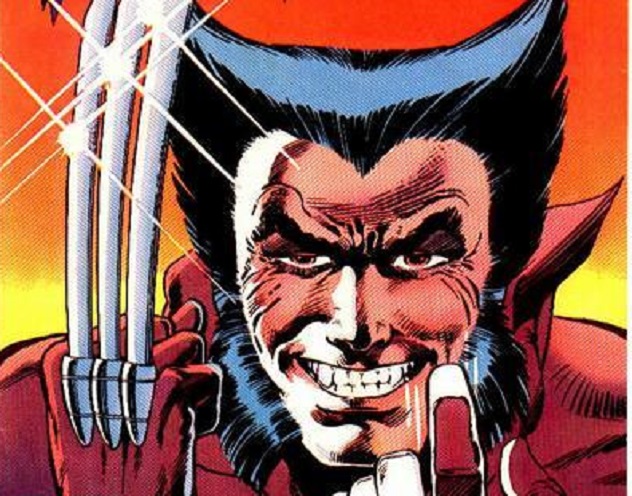 In addition to his popularity as a character, Wolverine has been a popular symbol for the X-Men franchise. He symbolizes that he is willing to take anyone in and able to save just about everyone. After all, if the killing machine prone to berserk rages can be saved then it seems that no character is beyond redemption.

Of course, on a practical level this is a bit crazy. What responsible teacher would invite the man with berserk rages to live with the rest of the team? As the first X-Men movie dramatized, nightmares caused Wolverine to nearly kill Rogue via stabbing. The 29th issue of Wolverine Origins revealed the answer. This retconning book claimed that not only was Wolverine originally intended to assassinate Xavier (apparently just another line item in his brainwashing), but Xavier was aware of that and used his own juju to erase that kill command.

Afterward, Xavier had a powerful weapon he could use. This is practical but hurts the image of Xavier as someone who took Wolverine in only out of the kindness of his heart. Or, as Wolverine puts it, “Surprise, Charlie . . . you’re a bastard too. Welcome to the club.”

8He Has Plans To Kill His Whole Team 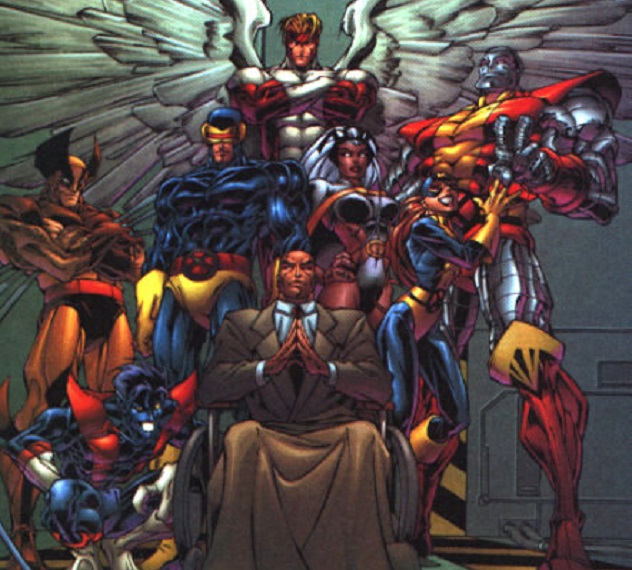 While Xavier is the family-friendly father figure to all of his mutants, there is one question about their living arrangement that may make the audience sympathetic to the paranoid humans from the X-Men movies: Is it even remotely safe to have multiple mutants capable of widespread murder and destruction living in the same house? What if they went rogue, got brainwashed, or otherwise lost control of their abilities?

As it turns out, they are in one of the best places to die if that should happen. Taking a page out of Batman’s book, and making it darker, Xavier has secret plans called the Xavier Protocols that detail how to kill all of the X-Men including himself. In some ways, this is very practical as the roster includes Wolverine who is both prone to brainwashing and nearly impossible to kill. However, Xavier theorizes that removing Wolverine’s head would cancel the regenerative properties and finally kill him. As practical as it is, it’s tough to imagine the mutant analog of Martin Luther King Jr. staying up late at night and writing out detailed murder plans. 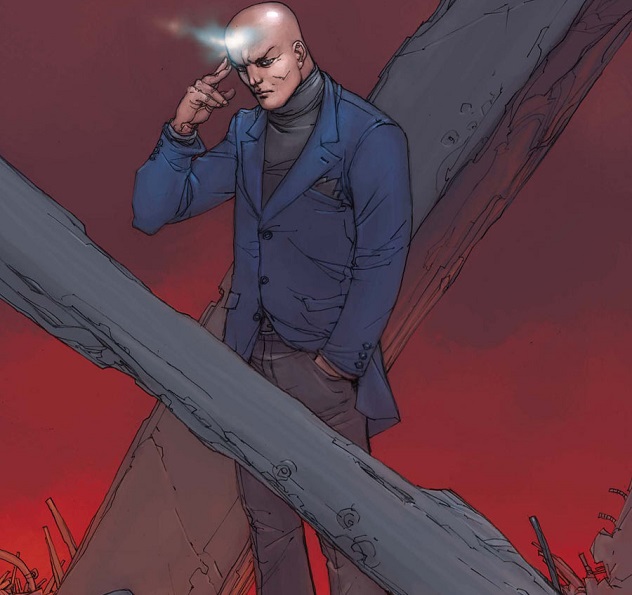 Perhaps the scariest thing about living with Xavier (seen here before he was confined to his iconic wheelchair) is the constant worry about just how much he might be influencing your mind. You’re on Xavier’s team fighting and dying for Xavier’s dreams. How much of that is your own idea and how much is psychic suggestion? This fear is validated in the Ultimate X-Men comics, which show that Xavier is not above releasing pleasant hormones into Cyclops’s mind to keep him from saying something he doesn’t want to hear.

In both the Ultimate comics universe and the main universe, Xavier wipes Magneto’s mind as a way of disabling the villain. In the X-Men: First Class movie, Xavier shows that he is willing to casually use his powers as a kind of Jedi mind trick to change the mind of Moira’s CIA boss early in the film. He later wipes Moira’s memory of where the base is located. For the world’s most powerful mind, you would think all of these instances would constitute crossing a line. However, Xavier passed the line long ago and is now doing victory laps by crossing it again and again.

6He Enslaved The Danger Room 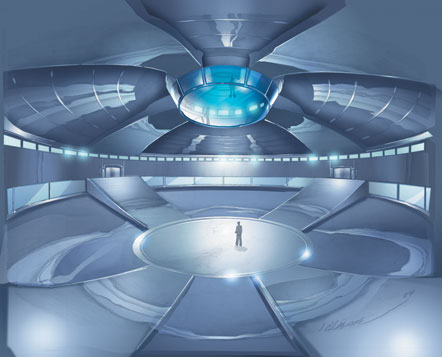 Before changing the superhero movie landscape with The Avengers, Joss Whedon had an amazing run writing The Astonishing X-Men comic. One of his story lines had a rather absurd premise: What if the Danger Room—kitted out for so many years with futuristic alien technology—came to life and became self-aware? The story led to some interesting fights. How does one fight something whose sole purpose was to figure out better ways to beat mutants?

It also led to deep existential thoughts as well as a bombshell about Xavier: He was perfectly aware of the moment that the Danger Room came to life. He telepathically heard its confused questions and totally ignored it because the preparation of the X-Men and the protection of all mutants was worth it no matter the cost. Thankfully, Wolverine voices the reaction of most readers. He accused the professor of hanging around with Magneto too much because Xavier’s nonsense was starting to sound a bit too much like Magneto’s. 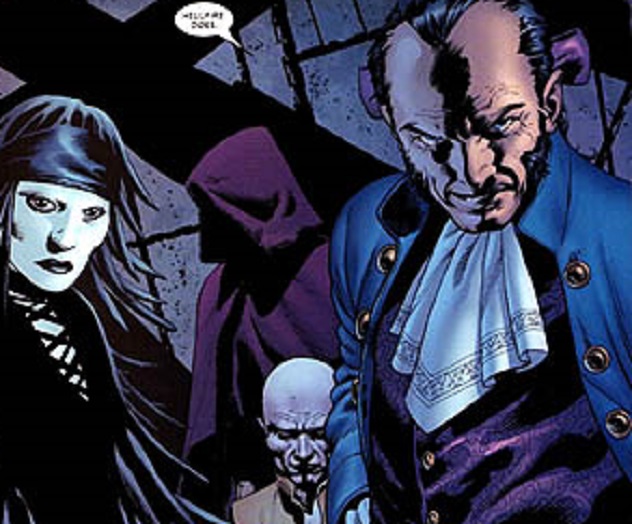 Another comic legend that had an equally legendary run was Grant Morrisson, who wrote All-New X-Men. The primary villain he introduced was Cassandra Nova who had a bizarre origin even by comic book standards. She was one of the Mummudrai—parasites who can copy the DNA of an individual and give them a glimpse upon birth of their ultimate opposite—a kind of Jungian shadow archetype.

Before his birth, Xavier sensed his “twin sister” in the womb. He also sensed how dangerous she was and used his psychic powers—apparently active before he had taken his first breath—to kill her. The body of his sister ended up being stillborn, but the parasite came back years later to kill her brother and rule the world. Of course, the X-Men ended up stopping her, but the mental image of Xavier—the paragon of peace and harmony between others—trying to murder someone while still in the womb definitely darkens the reader’s perception of him.

4He Tried To Wipe Out All Of Humanity 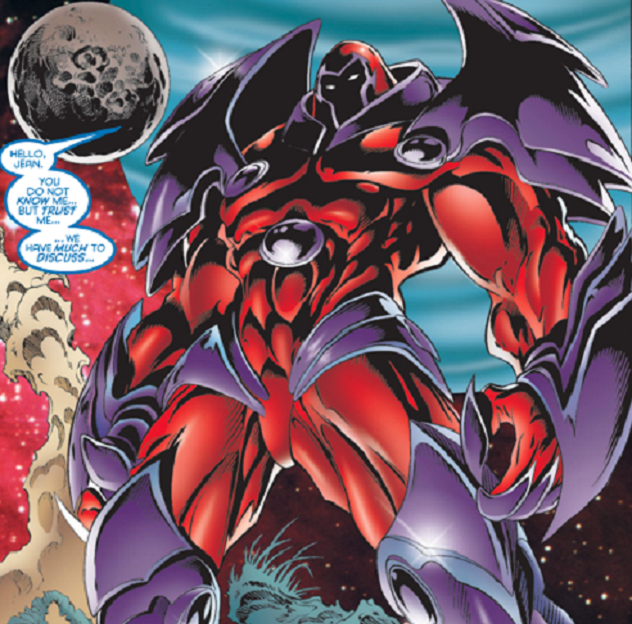 Xavier has shown time and again that he is something of a paradox: He strives for a peaceful mutant utopia even as he trains soldiers for super-powered war. That paradox came to life shortly after Xavier wiped Magneto’s mind and absorbed Magneto’s own negative emotions. Between rising hysteria about mutants and mutant deaths due to the Legacy Virus, Xavier finally lost it. He gave in to his newly absorbed negative emotions and became a nearly unstoppable armor-clad monster named Onslaught.

While Onslaught’s Plan A was to unite all of humanity’s minds into a kind of collective, interference from the world’s heroes made him switch to Plan B. This plan involved building his own Manhattan Citadel and Sentinel Army and then creating a second sun to try to destroy all of humanity. The combined might of Earth’s heroes prevailed, but the sheer destructive power of Xavier left both Marvel’s universe and its readers in shock.

3He Had A Different Group Of X-Men Killed 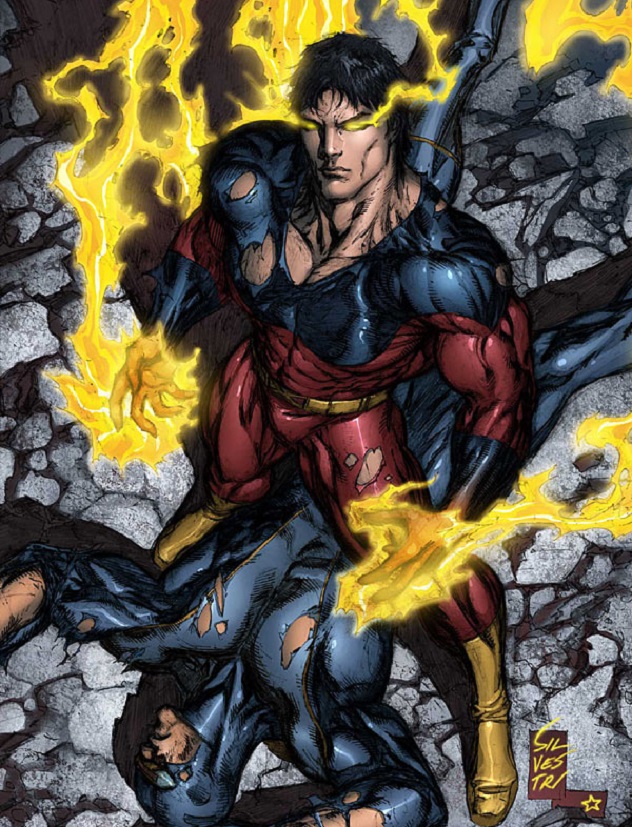 The introduction of the newer X-Men such as Colossus, Wolverine, and Storm was rather iconic as they were recruited to rescue the original X-Men team from their imprisonment on the living mutant island of Krakoa. However, the story of X-Men: Deadly Genesis reveals that this was actually the third team to head to the island. The second team was sent to rescue the original X-Men and consisted of mutants being cared for by Moira McTaggert.

They weren’t ready for battle, but Xavier used his mental powers to give them Matrix-style speedy training in combat. This plan ends about as well as you’d expect, and the new team is slaughtered. Their sole achievement was freeing Cyclops who was so freaked out about the experience that Xavier felt the need to wipe his mind.

Armed with a mind wipe and a mental suggestion from Xavier that the island was actually a living mutant, Cyclops recruited our more familiar heroes who went on the save the rest of the original team. This is fortunate, perhaps, as Xavier had demonstrated he wouldn’t stop manipulating other mutants and getting them killed until his team was saved.

2He Had An Alien Girlfriend 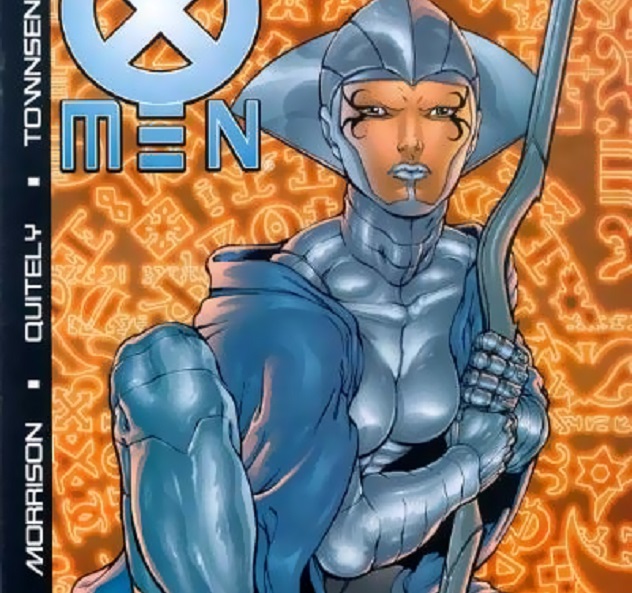 Of all the romances in his life, only one has been out of this world for Charles Xavier. That was his romance with Shi’ar Empress Lilandra Neramani. They had the kind of cute meeting that only super-powered beings can as she sensed Xavier when he was marshaling all of humanity to drive off an alien invasion. Later, they fell in love and, when Xavier thought that his X-Men were dead, he agreed to be her boy toy while she ruled an entire space empire.

Things got a bit dicey when the X-Men were found to be alive and Jean Grey was accused of destroying an entire planet as The Phoenix. They got back together when she decided to use cool alien technology to heal Xavier’s mind and legs, and the two had various wacky adventures in space. However, the romance was finally called off when Cassandra Nova mind-controlled Lilandra and got her to nearly destroy her empire. Even after Nova was stopped, Lilandra thought she was alive inside Xavier and tried to kill him, leading to them breaking things off for good.

1He Won’t Stop Breaking His Legs 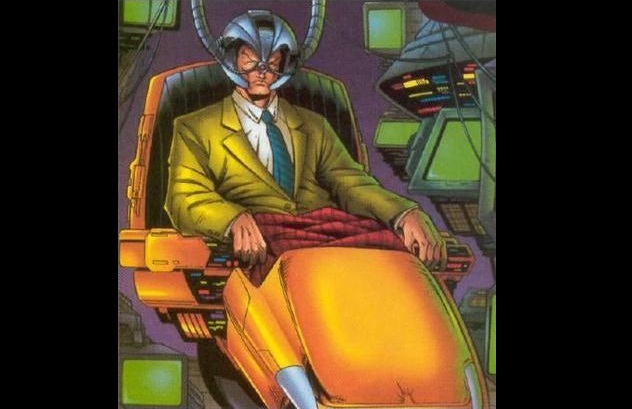 Xavier hasn’t always been disabled. He was quite fit in his youth when he cheated at sports and served in the military. It wasn’t until he fought alien Lucifer and had a giant rock dropped on him, that Xavier’s legs were crippled. However, after Xavier’s original body was destroyed, he was able to transfer his mind into a fresh clone that was able to walk.

But after a later battle with the Shadow King, Xavier’s spine was damaged and he was again confined to a wheelchair. He was later healed by the mutant Xorn who, depending on which retcon you pay attention to, was actually Magneto in disguise. This may explain why Xorn later crippled Xavier again. After Magneto’s daughter, Scarlet Witch, rewrote reality, Xavier revealed that he could use his legs, albeit without mutant powers. He got those powers back with the help of a mystical crystal and was able to walk until the day he was killed by a Phoenix-possessed Cyclops.