It wasn’t until the passage of the 19th amendment nearly 100 years ago that women could vote in America. Just two centuries ago, American women had few rights. If they earned money, their husbands got to spend it as they saw fit. Divorce was hard to obtain even for men who were abused. When women started protesting for the right to vote, they were met with violence as well as scorn. All of this would mean that we wouldn’t judge someone if they thought life in the ancient world was even worse for women. However, there have been times and situations in history when being a woman was advantageous. Below are ten upsides to being a woman throughout history.

See Also: Top 10 Reasons The Dark Ages Were Not Dark 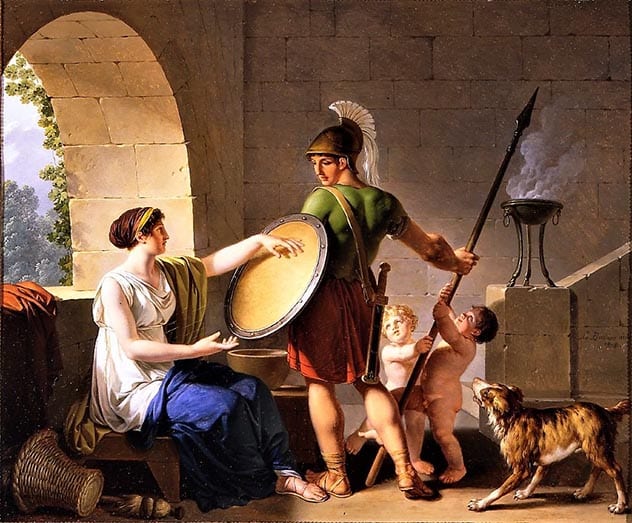 Many of us know that Spartan women had more rights than women in other Greek city-states. They also led lives than their husbands may have been jealous of. The advantages of being female in Sparta started during childhood. Spartan girls got to compete in athletic competitions — naked — with the boys. Spartan women were allowed to exchange words with men along with blows. Spartan women were not allowed to hold jobs, but they could earn money through the property they owned, which was sometimes given by the government. All of these liberties were given to Spartan women so they would birth fine babies that would grow up to be skillful soldiers. While Spartan women were allowed to live relatively freely at home, all Spartan men who were citizens were subject to compulsory military service. Their lives were dangerous and their wives sometimes profited financially from their death. Spartan men’s lives were not only dangerous, but tough and during their time of military service, it could be argued that they had less freedom than Spartan women.[10]

9Women Were Sometimes Put in Power Because of Their Gender 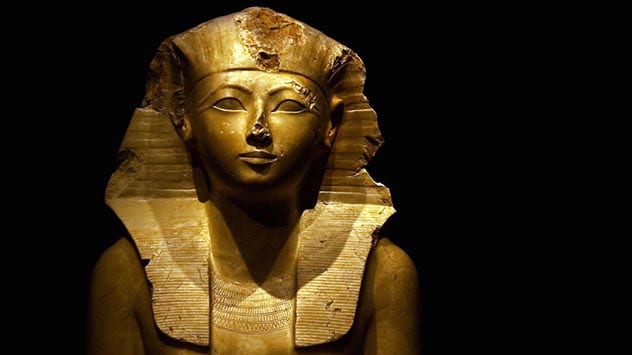 In ancient Egypt, women were sometimes installed into power precisely the same reason women leaders are criticized for today: their gender. This was because women were seen as the safer option during times of turmoil. While most pharaohs were men, women were sometimes allowed to rule as regents for their younger male relatives. They were expected to protect the future pharaoh and rule wisely until they were old enough to make their own decisions. The first Epytian queen who took up the throne while waiting for her son to grow up was Queen Merneith of the first dynasty (ca. 3000-2890 B.C) after the death of her husband. Similarly, Queen Hatshesput ruled as regent for her nephew. Queens didn’t always take control while waiting for their sons to grow up, though. Queen Neferusobek assumed control after her husband’s death because her husband had no heir and Cleopata VII had her brothers killed to cement her control of the throne.[9]

8 Greek Women Were Feared to be Too Clever 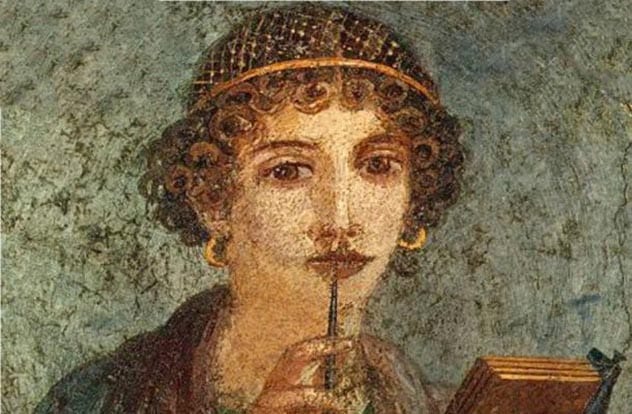 Sexism is an interesting beast that morphs depending on the situation. It is important to note that the views of women depended on the individual, but Hesiod’s Theogony suggests that some Greek men feared women because of their cleverness. In the Theogony, it is women who instigate rebellion. It is Gaia who devises a plan to kill Ouranos, though her son Kronos does the actual killing. Rhea deceives her husband Kronos into swallowing a swaddled stone instead of Zeus, so that he is able to grow up and topple his father. Perhaps what mostly clearly expresses Hesiod’s sexism is his opinion of Pandora whom he writes that “Wonder held immortal gods and mortal men, / when they saw a sheer cunning, unmanageable for men./ For from her is the descent of female women / [for the race and tribes of women are destructive,] / a great pain for mortals, living with men, / companions not of destructive Poverty but of Plenty.” (Hesiod lines 588-593). This passage articulate Hesiod’s conception of women: women are to be kept in their place because they are dangerous. In Hesiod’s Theogony, women shouldn’t be denied rights because they are unintelligent, but because they are too clever. Pandora is the perfect punishment for humanity because she is a woman, who are described as “sheer cunning.”. Though women in ancient Greece suffered from the effects of sexism like women in other cultures, at least it sometimes was because they were seen as too capable instead of not capable enough.[8]

7 Greek Male Lovers Were Killed Instead of Adulteresses 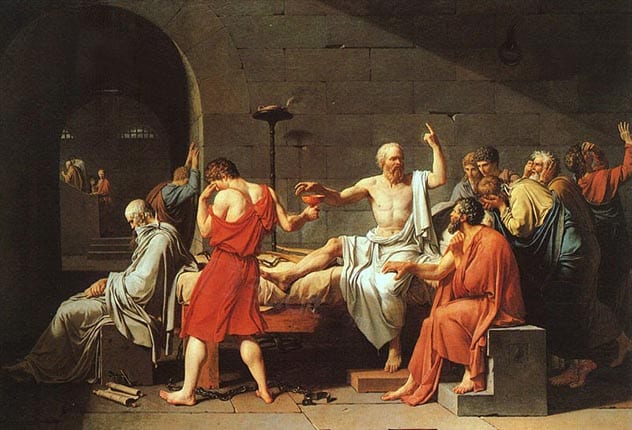 Adulteresses in ancient Greece didn’t get off lightly unless their husband decided to keep their wife’s infidelity secret. They were divorced — a huge blow in a society where women were forced to depend on men, denied the right to attend religious functions, and were seen as so low that strangers were now encouraged to beat them. However, when compared to the punishment of their lovers, adulteresses could be seen as lucky. If a man in Athens found him wife coupling with a man, he could kill the man without being found guilty of murder. This law reflects the fact that such killings were seen as justified. Killing a man for raping a female relative was also justified. In Greek mythology, the god of war, Ares, killed Posiedon’s son, Halirrhothios, for raping his daughter. Posiedon complained and the gods put Ares on trial, ultimately finding him not guilty. In some versions of the myth, Ares kills Halirrhothios while he is attacking his daughter, while at other times he does it afterwards in revenge. Either way, it reflects an idea that men should protect their daughters from rape and that violence is an acceptable way to do so.[7] 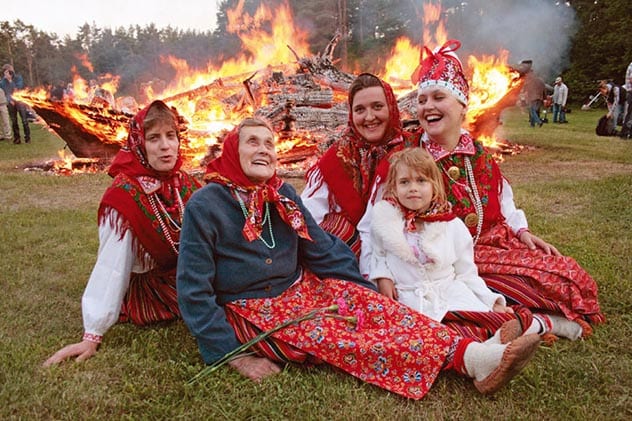 While most traditional and modern societies are either patriarchal or egalitarian, some ancient societies were matriarchies. Some of these matriarchal societies still exist today. On the island of Kihnu, women are in charge because of a centuries-long tradition of men travelling from the island to find food or employment. Due to the fact that men were often not home, women were left in charge. Today, the island relies on government assistance and tourism to keep their traditional way of life intact. In China, the Mosou society is matrilineal because the father is often unknown. Tourists come to see the Mosou because their traditional way of life, stretching back thousands of years, is matriarchal with female heading the households.[6] 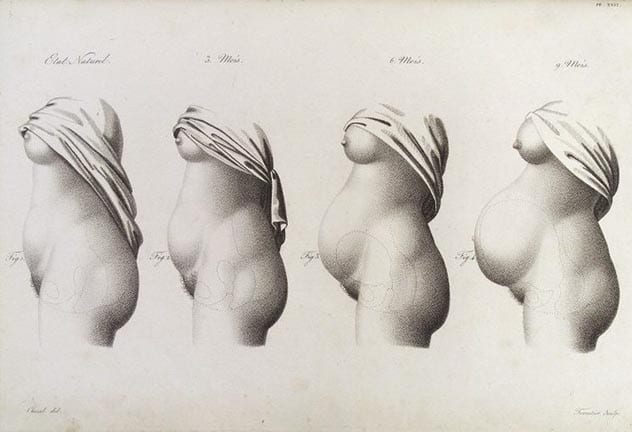 Pregnancy truly is miraculous, but in some situations, it is even more welcomed than others. If an English women found herself facing the death penalty, she could claim to be pregnant to push back the date of her pregnancy — provided she was tried between 1387 and 1931. Whether a woman was actually pregnant or not was less important than whether she claimed to be. Recognizing that most mothers knew more about pregnancy than most men, female criminals who claimed to be pregnant were required to appear before a court of matrons who would evaluate their claim. Whether the court of matrons decided that the woman was pregnant was a deciding factor in if the accused’s life was spared. However, women who claimed to be pregnant also had to be examined by the judge.[5]

4 They Could Be the Wives of Gods 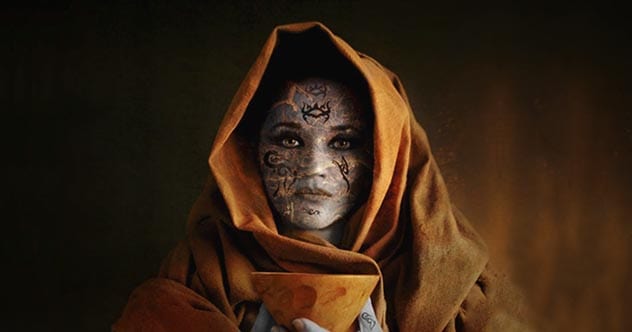 One way women have been able to use to gain power for thousands of years is through marriage. Some women were more creative than others and rather than marrying a wealthy man, Enheduanna simply married a god. Enheduanna was the daughter of Sargon the Great, a famous poet, and the high priestess. Enheduanna’s claim of being beloved by the gods was in her name itself, which translates as “En-Priestess, wife of the god Nanna”. Enheduanna presided over Ur as the high priestess for four decades, though she was temporarily exiled. Men also claimed to have divine consorts. As the goddess of both war and love Inana was one of the most powerful deities in the Mesoptoamian pantheon and kings often claimed to be husband. Kings even legitimized their divine claim to the throne through a ceremony known as a sacred marriage where the wedding of Inana and Dumzi was reenacted by the high priestess of Inana and the king. Thus, women in ancient Mesopotamia could bolster their claim to power by claiming to be the consort of a male deity, while Mesopotamian kings legitimized their claims to the throne by claiming to be the lover of a female deity.[4]

3 Women May Have Painted a Lot of Cave Art 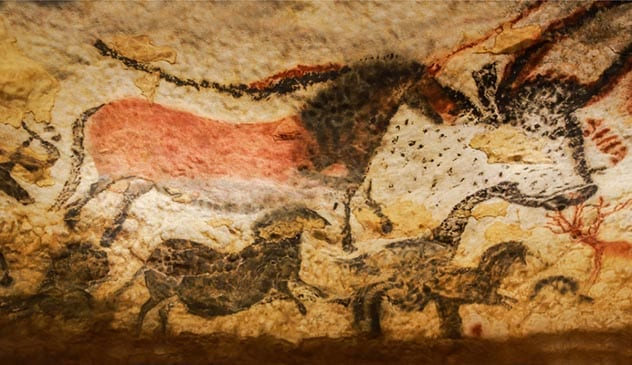 Women have left their mark on history in many ways, but some ways were more prominent and direct than others. One of the most direct ways women influenced history was through art. By examining the hand and finger ratios (which differ depending on gender) of Paleolithic cave art, scientists concluded that women may have painted up to 75% of cave art. Another scientist claimed that the art was actually painted by adolescent boys who liked to depict animals and nude women. However, it is interesting to think about women shaping the world — sometimes quite literally by painting their own hands onto cave walls.[3] 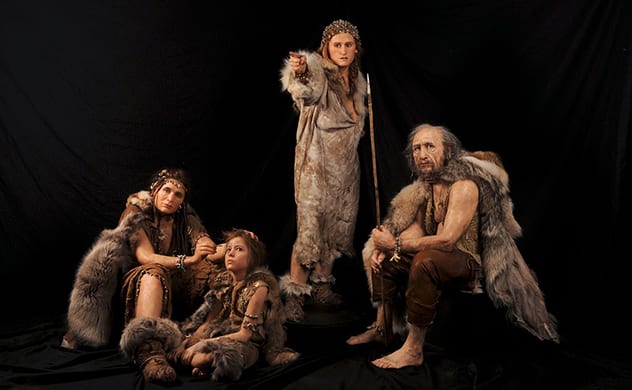 Women in the ancient world didn’t just sweep their houses, mind their children, and style their hair. Instead, they sometimes worked like men. Between 7,500 and 2,000 years ago, women in Europe have worked outside the home as well as inside of it. Sometimes, their work was physically demanding. Archaeologists at Cambridge University examined the bones of European women to determine what kind of tasks they performed. Most of the women’s bones indicated that they had arms that would make elite rowers today envious. These findings suggest that women in early Europe farmed alongside men. However, the manual labor of women in early Europe may have been overlooked because of sexism of modern day scientists. Men tend to build muscle more easily than women and by overlooking this fact, scientists may have underestimated the amount of physical labor women in ancient societies performed.[2] 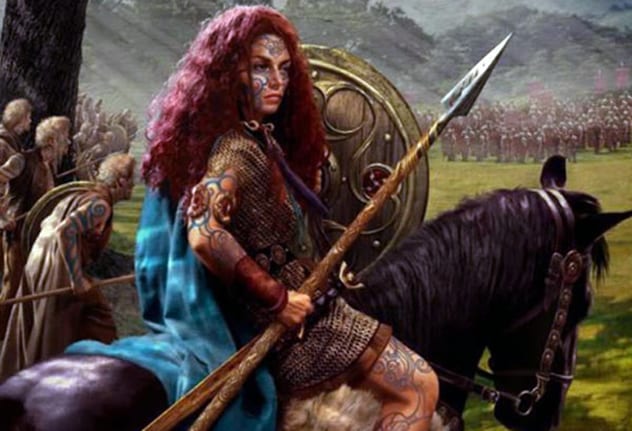 While some cultures throughout history were matriarchal, others were egalitarian. The Scythians, who may have inspired the Greek myths of the Amazons, was one such egalitarian society. Scythian society revolved around horses, which may explain why both Scythian men and women were allowed to chase down game and charge into battle. Scythian warriors were formidable because they used small bows and rode horseback, allowing them to cut down enemies from a distance. Scythians not only enjoyed the breeze against their faces as they rode, but they also liked to smoke hemp and drink a beverage called kumis made of fermented horse milk. Scythian women may have fostered their sons into other tribes to build alliances, which may be why Greek writers accused Amazons of being boy-killers and bad mothers. The prowess of Scythian women is so great that myths inspired by them are still believed and debated today. Perhaps their greatest legacy is that the fear and admiration they drew from contemporaries still persists long after the last Scythian warrior died.[1]

For more lists like these, check out 10 Amazing Tales Of Women In Sieges, and 10 Strange Beauty Secrets Of History’s Most Beautiful Women.