It’s Hollywood’s highest accolade: a biopic of your life, starring an Oscar-winning actor. In the last couple of years alone, figures as diverse as Mark Zuckerberg, Alfred Hitchcock, and Abraham Lincoln have all received the movie treatment, their life stories screened for millions.

But in their rush to make a movie, producers don’t always get the details right. Sometimes, they even get facts so wrong that they insult or even vilify their subjects. 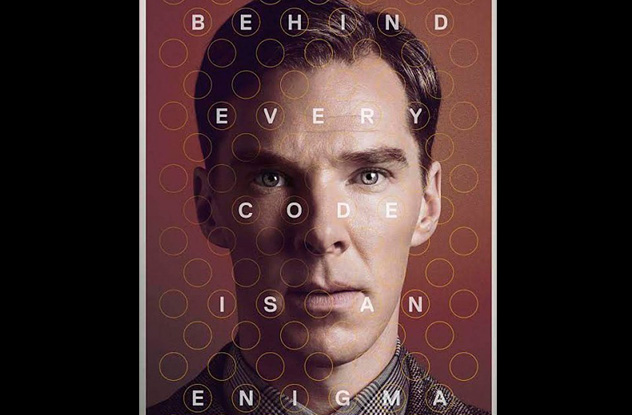 Alan Turing was the British genius who cracked the Nazis’ Enigma machine during World War II, hugely benefiting the Allies. He was also gay, so the UK government prosecuted him and drove him to suicide in 1954. It was an undeserved end for a man who had done so much to help his countrymen . . . unless you believe the new film version of the story, which suggests that he betrayed them by covering up for a Soviet spy.

In The Imitation Game, Turing finds himself face to face with John Cairncross—a real-life Soviet spy who historically worked in the same department as Turing. In reality, the two never met. In the film, Turing discovers his secret and threatens to tell the authorities, only to back down when Cairncross threatens to reveal Turing’s own secret in return. The mathematical genius and war hero is forced to cover up for the spy.

As The Guardian has noted, covering up for a spy is a pretty serious offense. It would’ve made Turing a traitor and liable for execution. Although the film aims to show how hard life was for gay men in 1940s Britain, it does so by maligning the memory of a man who worked unceasingly for his country in its darkest hour. It also reinforces the myth that gay people are security risks, though the real Turing never once compromised the British war effort.

9No
Turns An Activist Into A Skateboarder 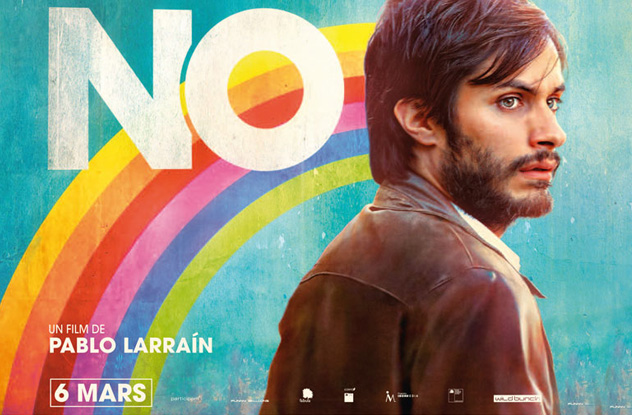 In 1988, the people of Chile were offered a simple referendum: Vote “yes” to keep General Augusto Pinochet in power, or vote “no” to return to democracy. Against all expectations, 55 percent of the population voted “no,” and the dictator was deposed. Part of the reason for this outcome was a concerted campaign by the “no” side depicting a bright future for a democratic Chile. In real life, the campaign was spearheaded by a longtime democracy activist, Chilean Genaro Arriagada. In the movie version, it was headed by a foreigner whom the film simply invented.

The 2013 movie No replaces Arriagada and his activist friends with a non-political advertising executive who skateboards in from Mexico to show these stuffy Chileans how to overthrow a dictator. Aside from hugely simplifying Pinochet’s downfall, it also ignores the large amount of work the Chileans themselves put into the campaign. The effect is kind of like watching a Watergate movie where Bob Woodward and Carl Bernstein have been replaced by Australian surfers.

Although plenty praised the film’s attention to detail, others accused it of taking a story about collective action and refashioning it into a tale of heroic individualism. 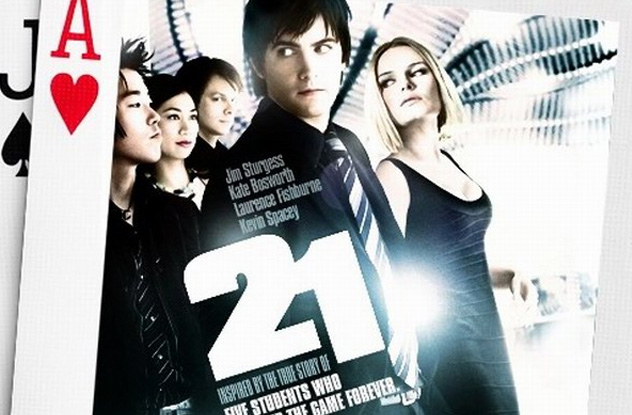 In 2008, Hollywood released 21, which was loosely based on the real story of the MIT blackjack team. The film, along with the fictionalized book that inspired it, invented many characters and situations rather than accurately portraying how the team operated. In addition, while the real team was mainly Asian-American, most of the team depicted in 21 are white, with the only Asian characters relegated to minor roles.

Some questioned whether the film was racist in its casting choices. The film’s producers said that they chose bankable white actors because no equivalent Asian actors were available.

Not everyone was offended. Jeffery Ma, the real-life inspiration for the main character, thought it was a fine movie. In an interview about the race controversy, he said he was just happy that a great actor was portraying him.

7The Blind Side
Reduced A Football Star To An Idiot 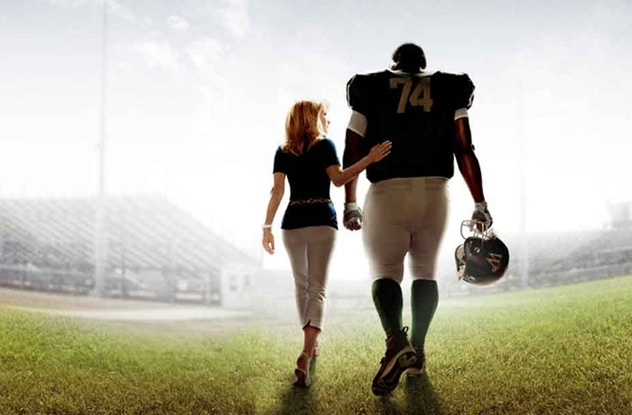 The Blind Side was a cheesy 2009 Sandra Bullock film about a rich white family that unofficially adopts a poor black kid and leads him on to football stardom. In one pivotal scene, Bullock’s character sits young Michael down and explains the rules of football to him in a way he can understand. Jump forward a few scenes, and Michael is now a titan of the football field, after finally getting his head around the game’s complex rules. It’s a sweet moment in a film hoping to raise a tear. It’s also total bologna.

After the movie came out, the real Michael Oher complained bitterly that it made him look like a total idiot. In an interview with the Los Angeles Times, he said that he didn’t mind being portrayed as someone struggling with poverty, but he hated being shown as struggling with football. In his words: “Sports is all I had growing up, and the movie made me look like I didn’t know anything.” Rather than needing Sandra Bullock to teach him, Michael was already a sporting genius before he met his new family.

As the final icing on this cake of lies, the real Oher also claims that he’s never received a penny from the film. Thanks to its portrayal of him as a struggling doofus, The Blind Side netted its producers over $200 million.

6The Doors
Made Jim Morrison A Stupid Drunk 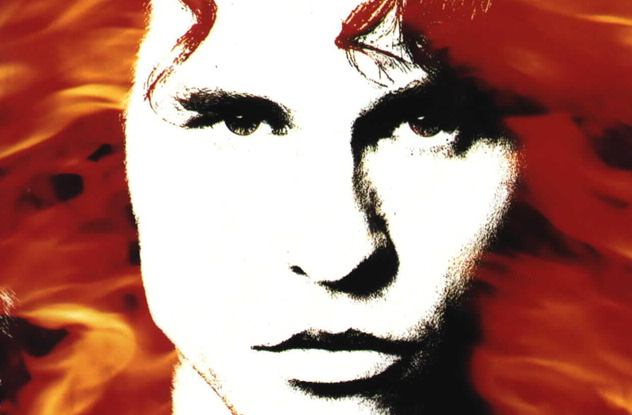 Most people who go to see a movie by Oliver Stone don’t expect accuracy. In the past, the award-winning director has been forced to apologize for offending both entire countries and nearly every Jew on Earth. But viewers usually expect him to at least treat well those whom he reveres. Not so with his film The Doors.

Instead of focusing on Jim Morrison as a talented poet, musician, or front man, The Doors mainly shows him as a foolish drunk. Roughly 90 percent of the film involves Val Kilmer, as Morrison, lying in a drunken stupor or off his head on illicit substances. The rest of the time, it seems to paint him as a cynical showman, too smug and stoned to care about creativity.

The band’s former keyboarder and second founding member, Ray Manzarek, claimed in an interview that the movie was “a pack of lies.” He said, “It was not about Jim Morrison. It was about Jimbo Morrison, the drunk . . . The guy that I knew was not on that screen. That was not my friend. I don’t know who that guy was.” 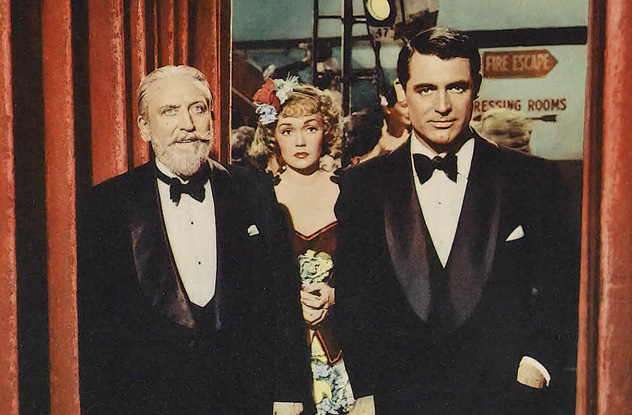 Cole Porter’s songs and style were so distinct that they became their own sub-genre of music and inspired countless imitators. He was also openly gay, having a constant string of encounters with other men at a time when such behavior was frowned on. When Warner Brothers bought the rights to Porter’s life story in 1946, people were curious to see what kind of film they’d make. The answer: an ultra-sanitized version that chopped out any references to Porter’s sexuality.

Starring Cary Grant as Porter, the film was considered awful even on its release. In trying to portray Porter as some kind of musical saint, the studio managed to completely dehumanize him to a point that was insulting. Porter himself claimed that it was “a dream.” When asked what kind of dream, he replied, “I’d prefer not to say.” 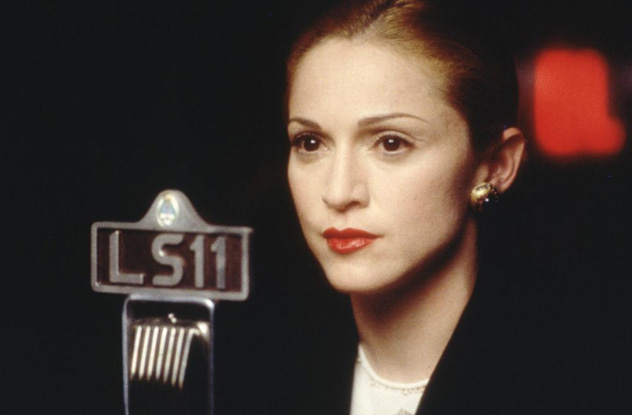 A poverty-stricken child who grew up to become Argentina’s matriarch, Evita Peron was a woman of the people regarded as practically a god. So when it came time for Hollywood to make a movie about her life in 1996, the majority of Argentinians were hoping for something that satisfied their definition of respectful. Instead, they got an adaptation of an Andrew Lloyd Webber musical, starring Madonna.

Madonna’s image at the time wasn’t the greatest in Argentina. Plenty of conservatives saw her as a prostitute and felt that casting her painted Evita as a common whore. When the casting was initially announced, the Archbishop of Buenos Aires (a post later held by Pope Francis) called it “pornographic and blasphemous—an insult to Argentine women.” It didn’t help that the Peronist government was also portrayed in the film as corrupt, leading to further charges that it was offensive.

The film ultimately opened to mixed reviews, but tensions were so high during filming that the government tried to have Madonna declared personae non grata.

3Erin Brockovich
Gave All Credit To Its Subject’s Cleavage 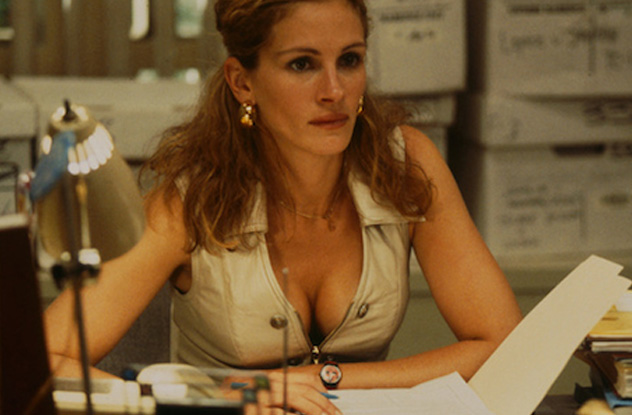 Starting in the 1950s, Pacific Gas and Electric contaminated the water of a small Californian town, with nasty medical consequences. Thanks to the determination of one no-nonsense single mother, the residents of Hinkley banded together and brought a massive lawsuit against PG&E, resulting in both a happy ending and a feel-good movie about female empowerment.

At least, it was if you consider “flaunting your breasts” to be empowerment. In a pivotal scene, the movie Erin Brockovich features Julia Roberts deliberately using her impressive cleavage to gain access to important documents. Thanks to her breasts, the defendants win the case.

Brockovich admitted that, in real life, the man guarding the documents might have let her through because he was flustered by the sight of her cleavage. However, she says she didn’t intend for him to do so and doesn’t deliberately use her sexuality as a tool.

2Lawrence Of Arabia
Made A Heroic Leader A Pompous Savage 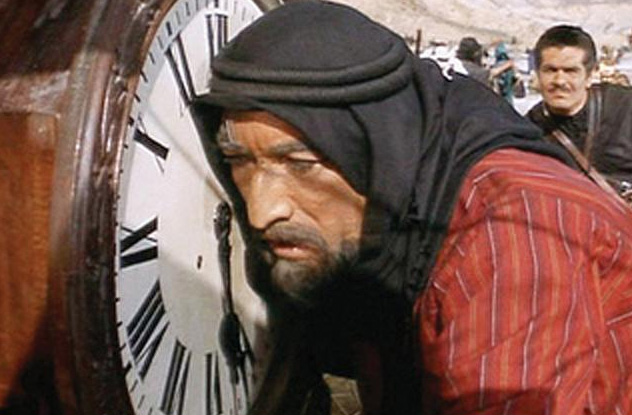 The 1962 movie Lawrence of Arabia is one of cinema’s greatest epics. Spanning nearly four hours, it details the lives of T.E. Lawrence and those who fought alongside him in his real-life campaign against the Turks. Generally, the film treats its subject well. But the portrayal of its supporting characters isn’t so great. Aside from wrongly accusing a real-life Turkish soldier of being a homosexual rapist, it also reduces one of Lawrence’s closest allies to nothing more than a pompous savage.

In real life, Auda abu Tayi was a thoughtful, intelligent leader who did more to take the city of Aqaba than Lawrence himself. When it came time to put his story to film, the producers changed him into a violent, treasure-obsessed savage loyal to no one.

The real Auda’s surviving relatives were not impressed. They spent the next few years trying to sue the producers for slander.

1U-571
Insulted Everyone In Britain 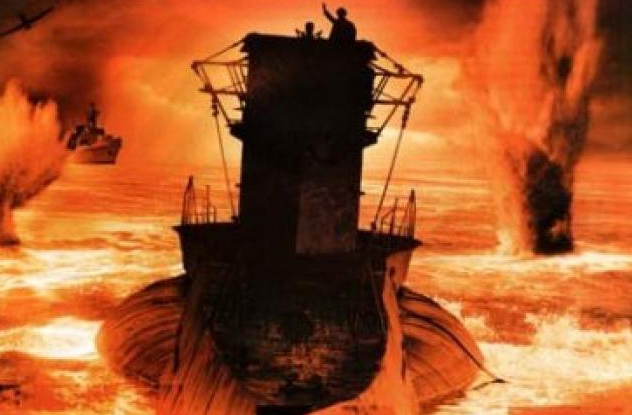 On May 8, 1941, the British navy pulled off a tactical triumph. After engaging with German U-boat U-110, the crew of the HMS Bulldog boarded the sub and confiscated everything onboard. Aside from a working Enigma machine, the crew also managed to grab its codebooks, leading to an incalculable Allied advantage. In the year 2000, Hollywood honored those responsible through a film loosely based on the event. They rewrote the story to make it an American achievement.

The Americans were claiming credit for an important victory that had happened before their country even joined the war. This didn’t sit too well with most Brits. Questioned, Prime Minister Tony Blair called it an “affront” to the memories of British sailors who’d died during the conflict.

The filmmakers ended the movie with a dedication to the real sailors who’d captured Enigma machines. The screenwriter publicly apologized in 2006, promising not to repeat his mistake. So far, he’s managed to keep his word.