Historic Hollywood scandals were mired in filth, debauchery, and depravity. Some scandals are timeless: The Fatty Arbuckle trial, the Black Dahlia, and the Sharon Tate murder are still well-known decades after they occurred. Others, however, have faded into obscurity, even though the public indulged in their salaciousness during their heyday.

10 Birth Of The Coogan Act 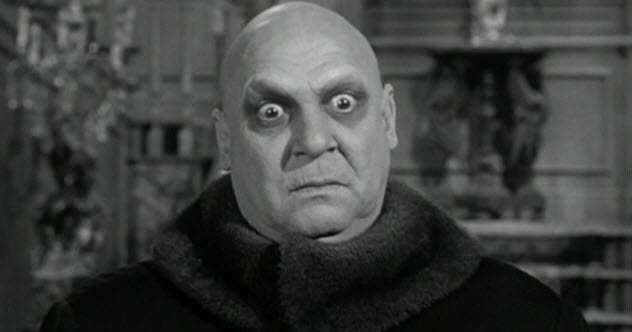 Hollywood has a sordid relationship with child actors. They often fall victim to the people they trust the most—their parents. Many of these parents treat their children’s wages as their own personal piggy bank. Famous child actors like Macaulay Culkin, Gary Coleman, and Shirley Temple all had their fortunes squandered by their parents, but none were more affected than Jackie Coogan.

Best known today as the original Uncle Fester, Coogan was a successful child actor. However, when he turned 21, he discovered that the roughly $4 million he had earned was gone, spent by his mother and stepfather. Not only that, but his mother flat-out said that the money was theirs and Jackie would never receive a cent.

Coogan took his parents to court but only received $125,000. The trial was highly publicized and led to the California Child Actor’s Bill, commonly known as the Coogan Act. 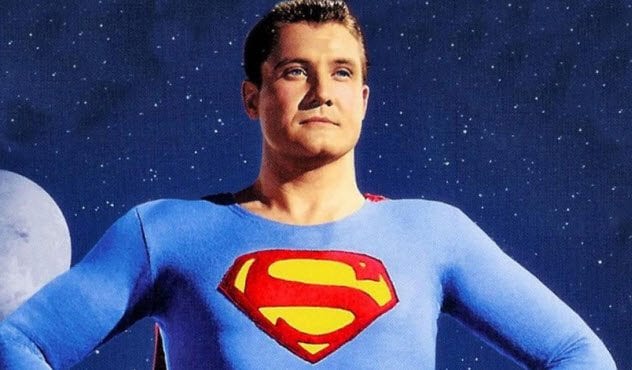 The movie Hail, Caesar! presents Eddie Mannix, a highly influential person from Hollywood’s Golden Age. Officially, he was an executive at Metro-Goldwyn-Mayer (MGM). In reality, he was a fixer whose job was to keep scandals out of the papers.

The biggest scandal that Mannix was associated with was from his personal life—the suspicious death of his wife’s lover, actor George Reeves. He was television’s first Superman, and he had an affair with Toni Mannix for years. In 1959, during a party at his house, Reeves went upstairs and shot himself in the head.

That was the official story. Many believed that Eddie Mannix had a role in Reeves’s death. Others suspected Leonore Lemmon, Reeves’s fiancee. As recently as 1999, Hollywood publicist Edward Lozzi stirred the pot again when he claimed that Toni Mannix confessed on her deathbed to arranging George Reeves’s murder.

8 The Madams Of Hollywood 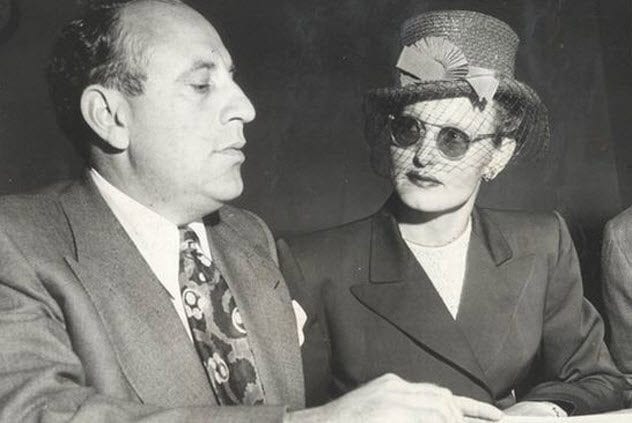 The public was shocked in the 1990s by the revelations of Heidi Fleiss, the “Hollywood Madam” who had some of the silver screen’s greatest stars as her clients. However, the business has been around for a long time.

During the 1930s, Lee Francis ran the “most famous brothel in California,” the Hacienda Arms Apartments on the Sunset Strip. Clark Gable, Spencer Tracy, and Errol Flynn were some of her biggest customers. Police were well-compensated to look the other way.

When Francis was eventually arrested, she was replaced by Ann Forrester. Forrester was succeeded by Brenda Allen, who became Hollywood’s top madam during the 1940s. It was her 1948 arrest that finally shook up the LAPD and led to several high-profile resignations. Journalists revealed that Allen was not only paying off cops but that Sergeant Elmer Jackson was her business partner and lover. 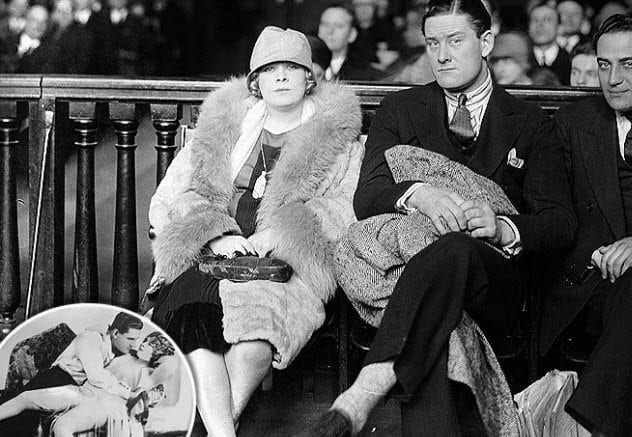 By the time Mae West starred in her first movie in 1932, she was already a prolific playwright and stage actress. She wrote under the pen name, Jane Mast. In 1927, she wrote and performed a play titled Sex. This got her arrested on obscenity charges, and West was fined $500 and sentenced to 10 days in jail. The next year, she wrote The Drag, which got her arrested again.

When Mae West transitioned to the silver screen, many conservative groups decried the move. They claimed that her “filth” was not suitable for the movie business, and several newspapers refused to advertise her movies. 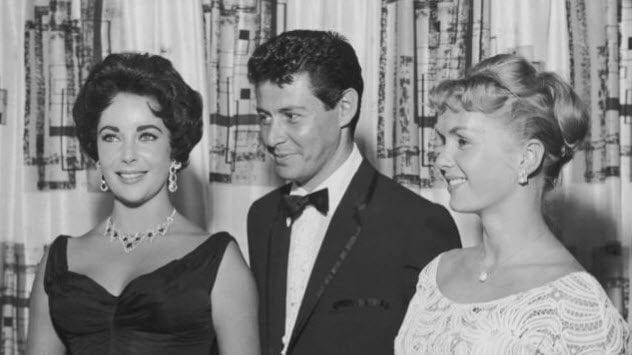 Once upon a time, actresses Elizabeth Taylor and Debbie Reynolds were great friends. This changed in 1958 when Taylor seduced Reynolds’s husband, Eddie Fisher. He soon divorced Debbie and married Liz in 1959.

At the time, Reynolds had just given birth to her son, Todd, and already had a two-year-old daughter, Carrie Fisher (who later starred in Star Wars). The papers branded Liz Taylor a “home-wrecker,” and Fisher’s singing career took a nosedive. Two years into her new marriage, Taylor began an affair with her Cleopatra costar, Richard Burton.

Decades after the scandal, Reynolds and Taylor buried the hatchet. They even reunited on-screen in Taylor’s final movie role in the 2001 comedy These Old Broads. Written by Carrie Fisher, the movie contains numerous inside references, including Liz and Debbie’s characters mocking their common ex-lover “Freddie.” 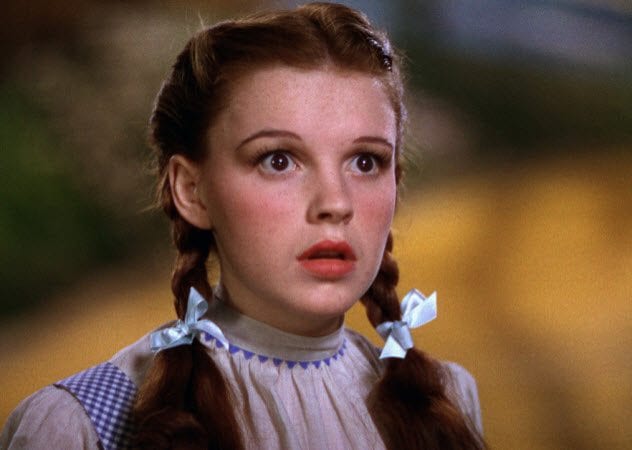 Judy Garland had just turned 17 when The Wizard of Oz transformed her into a Hollywood darling. By this time, however, she already had an eating disorder and a drug habit courtesy of MGM.

Garland signed with the studio when she was 13 and was promptly deemed too fat to be a star. The studio expected her to diet and work grueling schedules of up to 18 hours a day. To achieve this, Garland was given amphetamines and barbiturates to help with her energy and her hunger.

When Garland married her first husband, David Rose, at 18, he was shocked to discover that her daily diet mostly consisted of soup, black coffee, and multiple packs of cigarettes. All of this was done at the insistence of MGM head honcho Louis B. Mayer. Unsurprisingly, Garland struggled with addiction her whole life and died of an overdose at age 47. 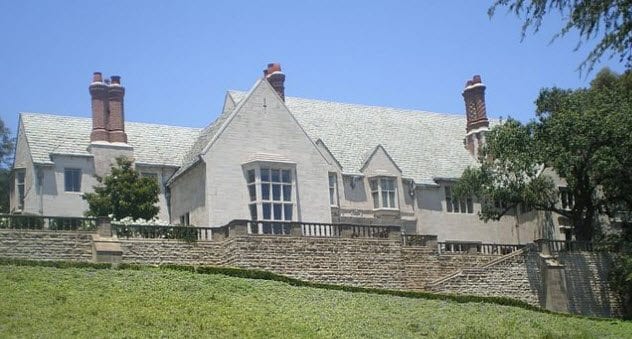 Not all Hollywood scandals revolve around people. Built in 1928, the Greystone Mansion, designed by Gordon Kaufmann, is a favored location for movies and TV shows set in a lavish home complete with lush gardens. Over the decades, the mansion accumulated a list of credits to rival that of any Hollywood A-lister: The Big Lebowski, Columbo, Alias, There Will Be Blood, The Bodyguard, MacGyver, The Prestige, and Rush Hour, just to name a few.

The house originally belonged to Ned Doheny, son of oil tycoon Edward Doheny. Four months after Ned moved to Greystone Mansion, he and his secretary, Hugh Plunkett, were found dead.

It was officially labeled a murder-suicide. Plunkett was ruled the killer due to mental instability. Some investigators thought that the evidence said otherwise, but the case was quickly closed with no inquest or autopsy.

Allegedly, this was because Doheny Sr. made the case go away to protect his son’s reputation. Rumors claimed that Ned was actually the killer or that his wife killed both men after finding out they were lovers. 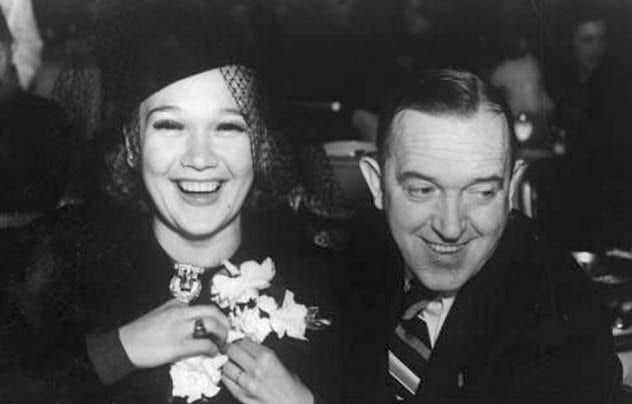 Audiences remember Stan Laurel as the mild-mannered, bumbling foil from the double act Laurel & Hardy. The real Laurel, however, was a hard-drinking womanizer who often displayed a violent temper.

This became quite clear during his divorce from his third wife, Vera Shuvalova. Laurel was loud and angry when he drank, and Shuvalova was the same. This often resulted in shouting matches that occasionally turned violent.

Both Stan and Vera found themselves in court for drunk driving on separate occasions. When Shuvalova was charged, she claimed that she had to flee for her life when Laurel came after her with a gun.

Papers reported that Shuvalova once was saved by friends after Laurel dug a grave in the backyard, claiming that he intended to bury her alive. Their divorce agreement contained a clause forbidding Shuvalova from publishing anything related to their marriage. Thus, the tabloids moved on quickly to another scandal. 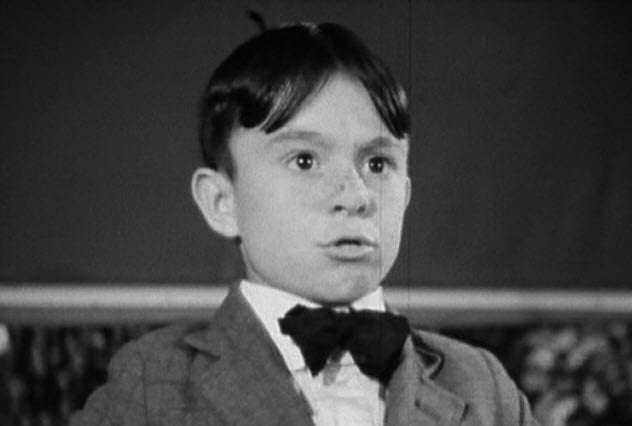 The Little Rascals was a series of over 200 comedy shorts featuring over 40 child actors across its run. One of the most popular characters was Alfalfa, a freckled boy with a cowlick on the top of his head. Hardly the scene for one of the great Hollywood scandals of the time!

Carl Switzer, the actor who played Alfalfa, struggled as an adult. He started drinking, his marriage fell apart, and in 1959, he was gunned down trying to collect a $50 debt. Moses Stiltz, the man who shot Switzer, pleaded self-defense and was cleared of all charges. However, in 2000, Stiltz’s stepson, Tom Corrigan, came forward claiming that Stiltz had murdered Switzer.

Corrigan claimed that he had agreed to testify after the shooting but was never called. Rumors sprang up that Switzer was such an unpleasant person that police wanted to close his case as soon as possible. His death received little media coverage as he died the same day as famed director Cecil B. DeMille. 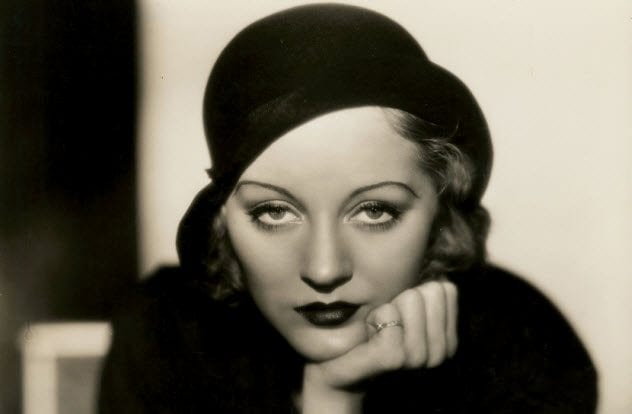 Undoubtedly the most controversial of the Hollywood scandals was mandated abortions. Back in Old Hollywood, the studios decided when it was right for an actress to have a baby. When a starlet got pregnant at an undesirable time, she was quietly checked into a hospital for an “appendectomy” or an “ear infection.”

Joan Crawford, Jeanette MacDonald, and Bette Davis all had abortions for the sake of their careers. Tallulah Bankhead’s biographer said that she had “abortions like other women got permanent waves.” Jean Harlow was not only forced to “get some rest,” but rumor says she was forbidden to marry the father, actor William Powell, because MGM thought a wife couldn’t be a “blonde bombshell.”

And then we have poor Judy Garland again. In 1941, she became pregnant at 19, but the studio still wanted her to play the part of an innocent child, not a mother. MGM and Garland’s mother arranged for her to have an abortion and did the same thing again two years later.