Spiders, cemeteries, costumes, and ghost stories sound like a part of Halloween, not Christmas, but think again. The following Christmas traditions and beliefs sound like they got their holidays mixed up. 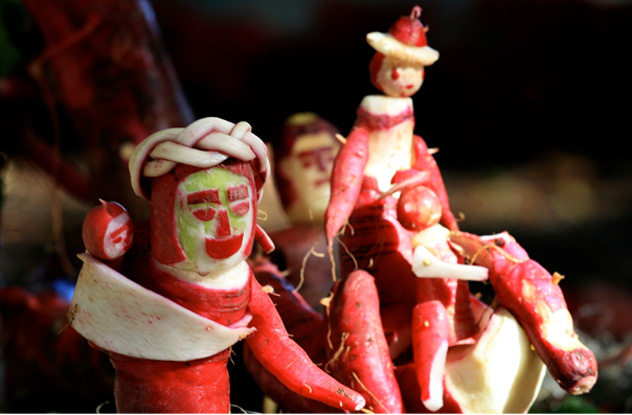 For all of us who hated vegetables growing up, the Night of the Radishes may sound like the title of a horror movie. Nevertheless, it’s a longstanding traditional celebration in Mexico, going back to the main plaza of Oaxaca City in 1897. It’s been going strong ever since.

There are parades, feasts, and dances. But the main event, as the name suggests, are the radishes. The radishes are carved into amazing characters, scenes, and displays. They’re grown specifically for this occasion. Instead of being picked at their usual harvest time, they’re left in the ground to balloon to huge sizes. They have been known to grow as long as 50 centimeters (20 in) and weigh as much as 3 kilograms (6.5 lb).

December 23 is the official day on which the Night of the Radishes takes place. However, as with any good party, the celebration has often been known to last a couple days, up to and past December 25. 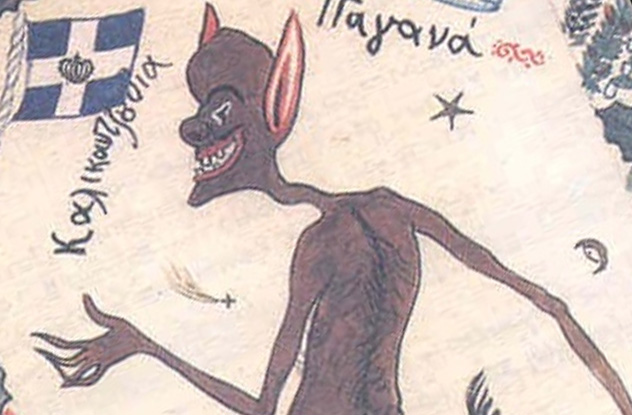 According to Greek folklore, underground goblins known as Kallikantzaroi make their way to the surface world to do mischief during the 12 days of Christmas. Most legends agree that they are hairy black creatures that look mostly human but with horns and tails.

To keep Kallikantzaroi away, some Greeks would burn incense or even burn stinky shoes in the fireplace. Others would mark their door with a black cross on Christmas Eve.

The worst part of the legend is that all babies born on one of the 12 days of Christmas are at risk of turning into Kallikantzaroi at a later Christmas when they become adults. Someone could be a Kallikantzaros and wouldn’t even know it until their 18th or 21st birthday. The only way to prevent it from happening is to singe the baby’s toenails or wrap them in garlic and straw. 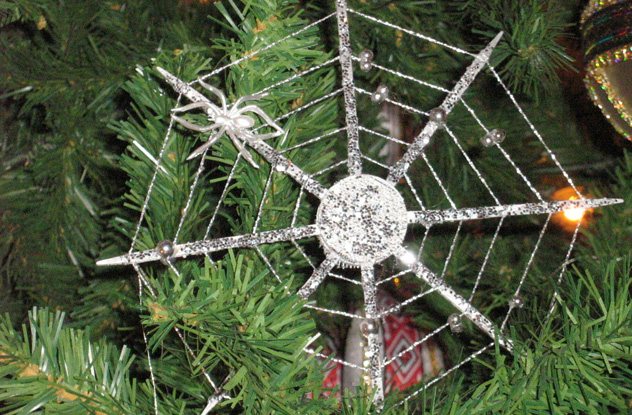 If you never seem to get around to taking down your spiderweb Halloween decorations before Christmas, Poland may just be the country for you. In Polish culture, spiders symbolize prosperity and goodness in general. In one Polish legend, when baby Jesus was born, He was cold, and a spider wove a blanket for Him out of webs. As a result, Christmas trees are often decorated with fake spiderwebs and spider ornaments in Poland.

This tradition is also found in Germany and Ukraine, where it is inspired by a different legend. In a Ukrainian legend, a poor mother couldn’t afford Christmas tree decorations. However, her children woke up the next morning to find their tree covered in spiderwebs. That may not have been the most festive sight, but when the first rays of sunlight hit the tree, the webs turned into silver and gold. The family never found themselves in need again. 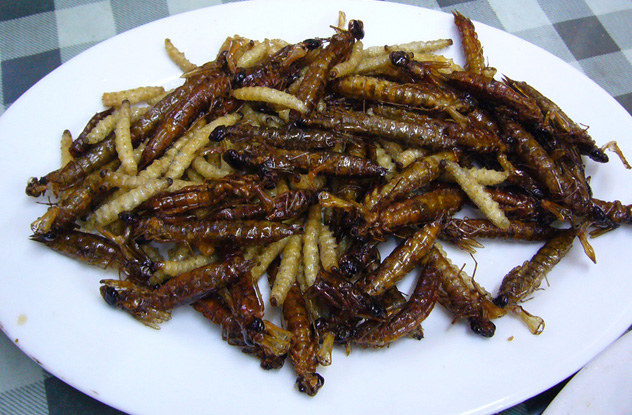 Speaking of creepy-crawlies, gummy worms and bug-shaped candy may be all the rage during Halloween, but at Christmastime, only the real thing will do. In certain regions of South Africa, no traditional Christmas feast would be complete without a nice big helping of deep-fried emperor moth caterpillars. Most caterpillars are seen as a delicacy, so it makes sense that families would consider them a treat at Christmas.

Caterpillars are actually quite nutritious. The proportion of protein is higher than found in fish and beef. A little more than half of every 100 grams of caterpillars is protein, and 17 percent is carbohydrates, with an energy value of 430 kilocalories. The exact amount varies by species, but caterpillars have been known to be good sources of iron, calcium, potassium, and several different vitamins. 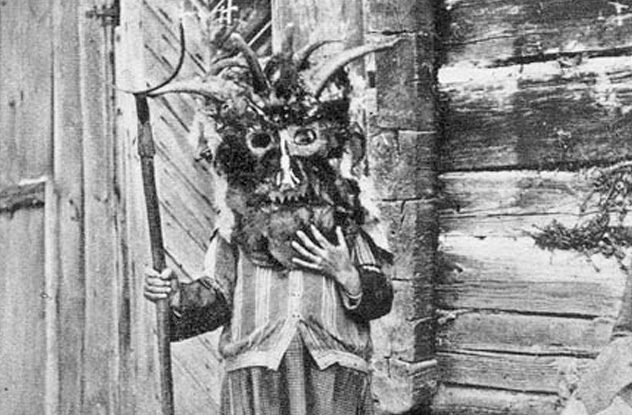 According to Austrian and Bavarian lore, a witch named Berchta knows which children have been lazy or hardworking throughout the year. She roams through the land and secretly enters homes during the 12 days of Christmas and the Epiphany to punish or reward the children. For those who have done all of their work, she leaves a silver coin in their shoe. For those who have been lazy, she cuts their stomachs open. And, as if that wasn’t enough, she removes their guts and replaces them with straw, stones, and any garbage lying around.

Berchta’s name is derived from the feast of the Epiphany, known as Berchtentag. In Slovenia, she is also known as Frau Faste, which translates to “the lady of the Ember Days.” Berchta’s traditional Feast Day is called Berchtaslaaf in Urglawee, the culture of Germans and Dutch in Pennsylvania. It takes place on December 31, which is Elfder Dagg and Zwelfdi Nacht (“The Eleventh Day” and “The Twelfth Night”). 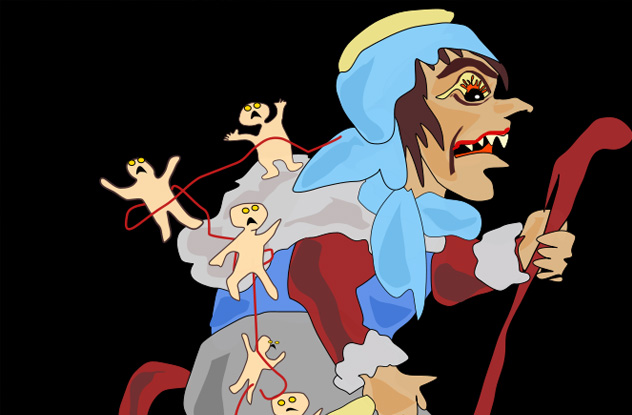 The folklore of Iceland includes an ogress named Gryla. Like Santa Claus and the aforementioned Berchta, Gryla had the supernatural power to know whether children have been naughty or nice throughout the year. Unlike Santa Claus and even Berchta, however, she does not bother with rewarding children who have been good. Her only concern is punishing the naughty.

Around Christmastime, she makes her way from her mountain lair and hunts through nearby villages for a good meal. Her favorite food is a stew of naughty boys and girls who disobey their parents. It’s said that she has a tremendous appetite and sadly never goes hungry.

Gryla wasn’t always a Christmas figure, but in the 17th century she was linked to the Yule Cat and the Yule Lads, being declared as their mother. 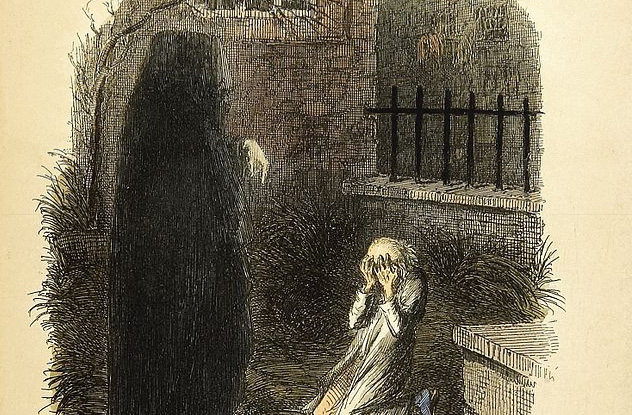 Not too long ago, creepy ghost stories were a major part of Christmas Eve festivities. Even Andy Williams’s classic yuletide tune “It’s the Most Wonderful Time of the Year” promises “There’ll be scary ghost stories / And tales of the glories / Of Christmases long, long ago.”

In Victorian England, Christmas and ghosts were as much a package deal as tea and crumpets. Perhaps the greatest example of this is Charles Dickens’s A Christmas Carol. It’s no coincidence that the plot of Dickens’s tale of the true spirit of Christmas is driven by four otherworldly spirits. In centuries past, Christmas had always had a strong connection to the supernatural. It was believed that the barrier between the world of the living and the world of the dead was at its thinnest on Christmas Eve. This allowed ghosts to sneak back over to the living world for at least one night. 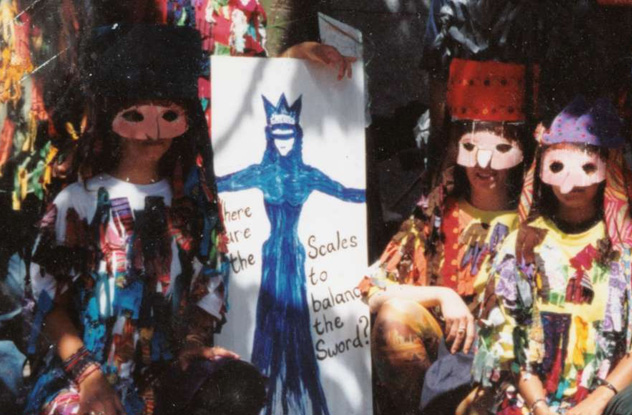 Newfoundland has a tradition that’s an interesting blend of trick or treating and Christmas caroling.

People known as mummers or janneys disguise themselves in homemade costumes and make their way through the neighborhood, going from house to house. They knock on doors, play music, and dance on the front steps of homes, while the owners try to guess who the mummers are under their costumes. To do this, homeowners are allowed to ask the visitors questions.

To disguise themselves even more, however, mummers alter their voices. The most common technique is ingestive speaking, in which they talk while taking a deep breath. The janneys must take off their masks once their identity is guessed, and the homeowners tend to invite them in for food and drinks.

In the old days, mummering was much more sociable since nearly everyone knew one another in small towns. In the modern day, the practice is more reserved, as people are less comfortable with opening their doors or homes to masked strangers. Mummers sometimes call ahead to tell their friends that they are coming to their house so as not to be turned away. 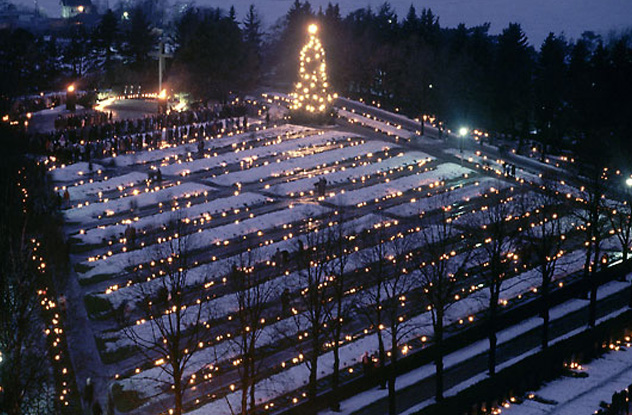 In Finland, people visit the graves of their loved ones on Christmas Eve and leave lit candles in their honor. Those whose relatives are not buried nearby still visit the nearest cemetery and light a candle to acknowledge their memory. As a result, all of the cemeteries in Finland are alight with dozens upon dozens of candles on Christmas Eve.

Even people who haven’t lost any loved ones often stroll through the graveyards just to enjoy the festive scenery. So many people come out to visit the cemeteries that the government has to put special traffic procedures in action to deal with all of the cars on the roads.

Other countries remember the dead at Christmas as well. Portugal has a traditional feast on Christmas morning called Consoda. It is both a morning feast and a mourning feast. Those who have died are honored, and the families put out settings at the table for the family members they’ve lost.

We’d think that any mention of the devil would have no place during the holiday season. Guatemala, however, has a celebration on December 7 called La Quema del Diablo, or The Burning of the Devil.

Citizens clean their homes and pile up all of their trash, old clothes, and broken furniture in front of their houses. Next, they each make an effigy of the devil and put it on top of the pile. Then they do what the name of the celebration suggests and burn the entire pile. This symbolically chases away the devil and prepares for baby Jesus. It is also thought to purify the home and give people a release from year-long problems.

In recent years, many people now burn small pinatas and old bills instead of garbage inside their homes. Also, many companies have capitalized on the celebration by selling devil effigies. No matter what, Christmas just wouldn’t be Christmas without commercialization.