The world’s religions all have their inherent histories and mythologies, many of which have existed for so long that there is near-constant debate regarding what is fact and what is fiction. There are many religions, however, that have arisen so recently that there is no doubt regarding their fictional origins. The following 10 religions are all followed—some seriously and some in jest—despite the fact that the origin of the religion can be clearly traced to a work of fiction. 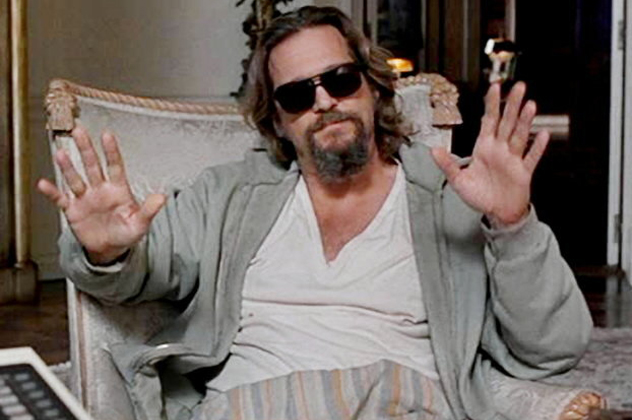 The Coen brothers’ cult classic was not exactly a box office smash, but its enduring popularity among fans has led to the spawning of a religion. Aspirants are invited to “Come join the slowest-growing religion in the world—Dudeism. An ancient philosophy that preaches non-preachiness, practices as little as possible, and above all, uh . . . lost my train of thought there.”

Dudeists take a somewhat ambiguous position when it comes to the seriousness of their religion, saying in the FAQ section of their official site, “Although Dudeism makes use of a lot of humor and satire, we are totally serious in our belief that it is ‘the religion for its time and place.’ Or, we’re as serious as anyone can be about a ‘belief.’ ” 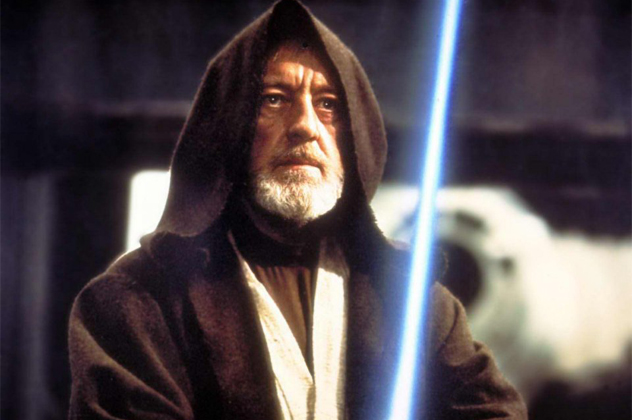 Despite clearly being inspired by the Star Wars franchise, the Temple of the Jedi Order welcomes visitors to their website with the following disclaimer: “We are not a community of Star Wars roleplayers, but a church of a genuine religion, Jediism. The Jedi at this site are not the same as those portrayed within the Star Wars franchise. Star Wars Jedi are fictional characters that exist within a literary and cinematic universe.”

Obviously, this religion takes its beliefs very seriously, which are as follows: “Jedi believe in the Force, and in the inherent worth of all life within it. In the sanctity of the human person. We oppose the use of torture and cruel or unusual punishment, including the death penalty. In a society governed by laws grounded in reason and compassion, not in fear or prejudice. In a society that does not discriminate on the basis of sexual orientation or circumstances of birth such as gender, ethnicity and national origin. In the ethic of reciprocity, and how moral concepts are not absolute but vary by culture, religion, and over time. In the positive influence of spiritual growth and awareness on society. In the importance of freedom of conscience and self-determination within religious, political and other structures. In the separation of religion and government and the freedoms of speech, association, and expression.”

While the Temple of the Jedi Order makes the immediate point of disassociating from the Star Wars franchise, it also admits that its philosophies are very similar to those espoused by the fictional Jedi appearing in film and literature. The system of beliefs delineated by the Jedi are quite comprehensive, including “The Three Tenets,” “The Code,” “The Creed,” “The 16 Teachings,” and finally, “The 21 Maxims.”

8The Elven/Otherkin Community
The Lord Of The Rings, J.R.R. Tolkien 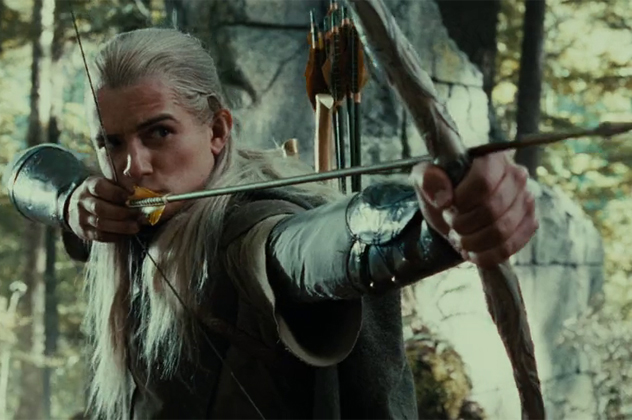 Any reference to the existence of elves and dragons—especially now that the sixth installment in the Lord of the Rings film universe has been released—immediately evokes images of characters created by J.R.R. Tolkien. There is a burgeoning subculture that believes that they are not human, or, at least, not wholly human. While this community seems to be clearly inspired by the works of Tolkien, it is not necessarily the case that followers worship the deities present in the world created by Tolkien—just that the nature of their being is very similar to the elves and other creations of the famous English author.

Many Otherkin, as they refer to themselves, share a belief that they are the reincarnated souls of beings commonly found in one of Tolkien’s works of fiction: elves and dragons and the like. They speak of “the Yearning,” in which there is a pervasive feeling that they are not of this world and belong someplace else. When a member of the Otherkin community recalls memories of their past life as an elf, it is referred to as “the Awakening,” which can occur in an instant or over a longer period of time.

7Church Of All Worlds
Stranger In A Strange Land, Robert Heinlein 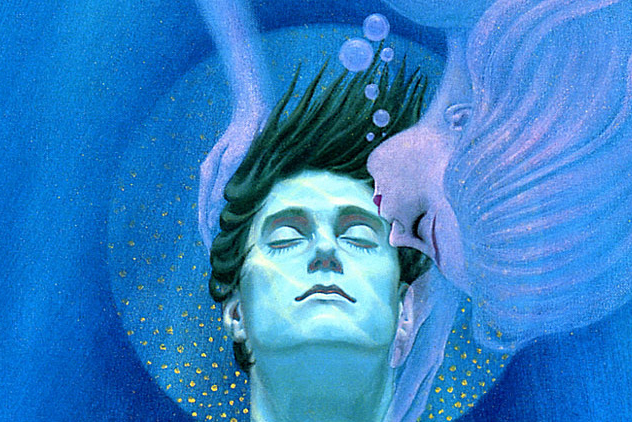 Based on the 1961 science fiction novel Stranger in a Strange Land by Robert A. Heinlein, the Church of All Worlds is a neo-pagan church founded by a group who were inspired by Heinlein’s work and the fictional religion contained therein. The church’s mission is “to evolve a network of information, mythology, and experience that provides a context and stimulus for reawakening Gaia and reuniting Her children through tribal community dedicated to responsible stewardship and the evolution of consciousness.”

The Church, while founded in the United States, reaches members as far away as Australia, where the members gather for “Sacred Connections” several times per year, as well as the Pagan Summer Gathering for “workshops, ritual, fun, and our Summer Rite.”

The Church of All Worlds is also responsible for founding The Green Egg, a well-known publication on paganism that is still published today, though it is now only available as an online publication. 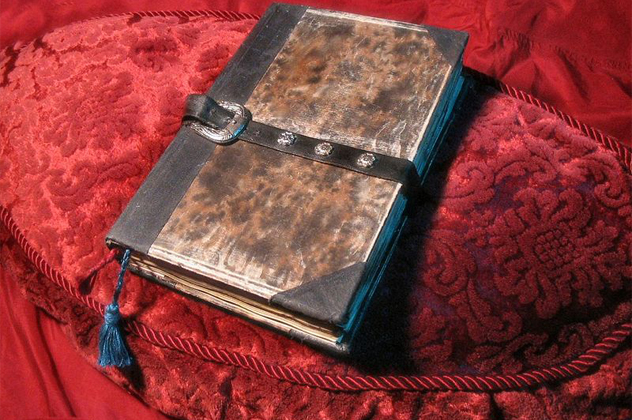 H.P. Lovecraft created a series of fiction that became known as the “Cthulhu Mythos.” While not particularly popular while alive, his work has influenced horror writers the world over and he is highly regarded for his contributions to the genre. Lovecraft was able to popularize the idea of Chaos Magic through his fiction, and there have been many who have taken on Chaos Magic as a practice.

Those influenced by Lovecraftian fiction can join the Cult of Cthulhu or seek out the fictional Necronomicon at Yale’s library, where a prankster once snuck a fake index card into the library’s card catalog system. The Necronomicon’s existence is a hotly debated subject, one that is thoroughly detailed in Necronomicon Files: The Truth Behind Lovecraft’s Legend, a book written by Daniel Harms and John Wisdom Gonce.

Practitioners of Chaos Magic are very loosely organized, largely as a product of the emphasis on the flexibility of the system of beliefs that allows believers to change the principles by which they live according to what is most practical at any given moment. 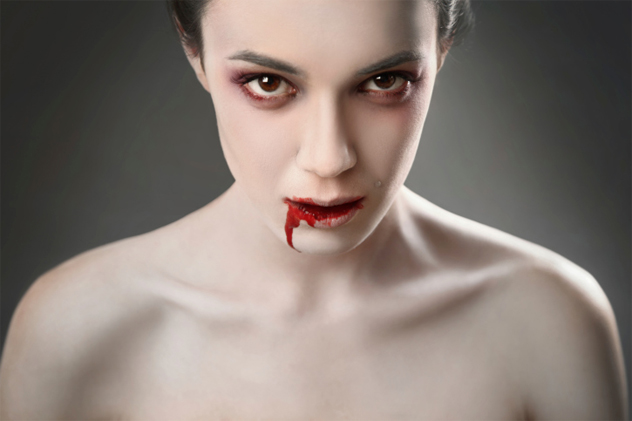 There is no shortage of vampire fiction in literature. The genre has roots stretching back to Heinrich August Ossenfelder’s Der Vampir, which was written in 1748. There are countless entries into the genre of late, perhaps owing to the popularity of film adaptations of such literature like Interview with a Vampire and the Twilight series.

So while most people share the belief that vampires are based on works of fiction, there is a surprisingly large community that refers to themselves as vampires and takes their beliefs very seriously. In fact, one vampire asserts that there are over 1,000 vampires residing in the Houston area alone, though many are reluctant to identify themselves out of fear of being judged or harming themselves professionally.

While there are some vampires who fear what may happen if they identify themselves as such, there are plenty of places that are welcoming of their beliefs, including the Voices of the Vampire Community, Sanguinarius, and countless other covens, houses, and alliances. 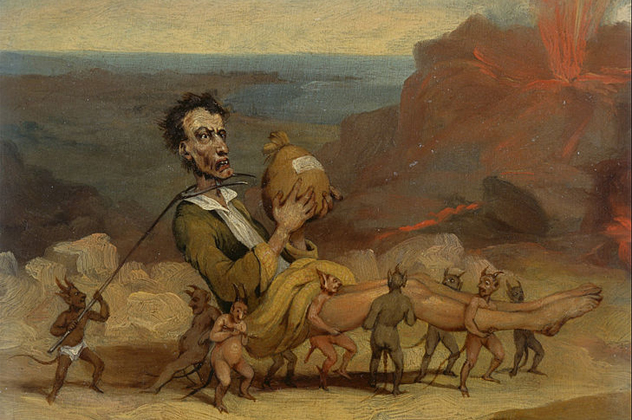 The Theosophical Society has been in existence for over a century, and it has numerous federations in Florida, the Midsouth (encompassing Alabama, Georgia, Kentucky, North Carolina, South Carolina, Tennessee, Virginia, and West Virginia), the Midwest, the Northeast, the Northwest, and Texas, along with a National Lodge in Wheaton, Illinois.

3The Church Of The Flying Spaghetti Monster
Various 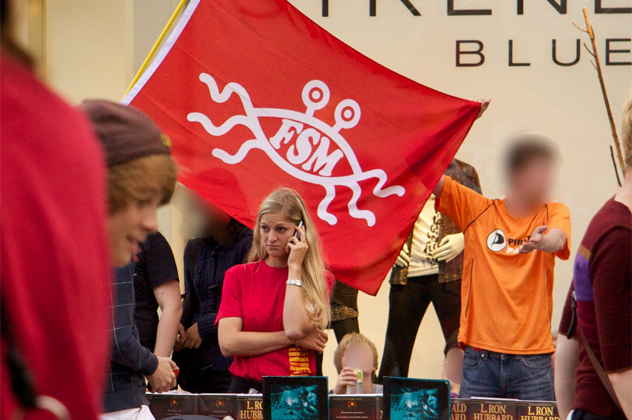 The Church of the Flying Spaghetti Monster is well known in popular culture, and the beginning of this church’s popularity grew after Bobby Henderson wrote a letter to the Kansas School Board in reference to the Board’s hearing to decide whether or not intelligent design should be taught alongside the theory of evolution.

The letter, of course, is an obvious work of satire, but the Church of the Flying Spaghetti Monster insists, “FSM is a real, legitimate religion, as much as any other. The fact that many see this as a satirical religion doesn’t change the fact that by any standard one can come up with, our religion is as legitimate as any other. And *that* is the point.”

Pastafarians are able to become ordained ministers, and while the Church of the Flying Spaghetti Monster began as a way to spoof the idea of intelligent design, there are numerous evangelists who note that “He boiled for your sins,” and ask of non-believers, “Have you been touched by His noodly appendage?” Justin Griffith, a communications sergeant in the US Army and a well-known activist profiled in the New York Times, relayed an account of how he ended up with military dog tags identifying his religion as “Atheist/FSM.” FSM, of course, stands for Flying Spaghetti Monster, and Griffith was allowed to keep a copy of his religion’s sacred text, The Gospel of the Flying Spaghetti Monster, in his barracks, a place where soldiers are allowed to have one holy book from their religion. 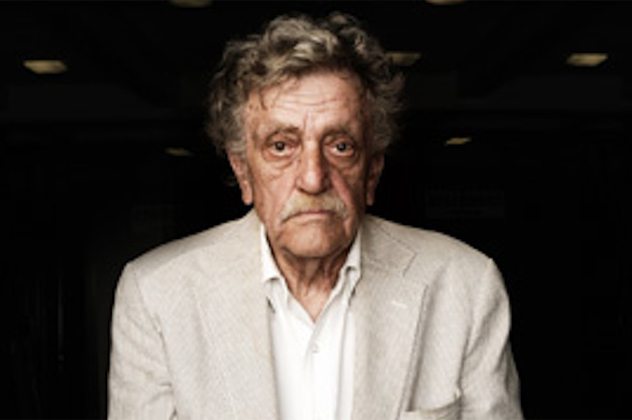 Kurt Vonnegut is known for his brilliant, incisive satire and for his ability to point out societal flaws in a comical and entertaining manner. In Cat’s Cradle, Vonnegut introduces a religion of his own creation, one in which the reader is warned right away: “Don’t be a fool! Close this book at once! It is nothing but foma!” “Foma,” which is classic Vonnegut, is a term for “harmless, useful lies.”

Despite these warnings, Bokononism lives on so that humanity can realize its destiny, which is described as follows:

“Today I will be a Bulgarian Minister of Education. Tomorrow I will be Helen of Troy.

There are many references to Bokononism in popular culture, and attendees of the Burning Man Festival can find the “Camp of Bokonon,” which works to spread the “foma” to those willing to listen. There have also been unverified stories of military veterans listing “Bokononism” as their official religion, resulting in their military-issued dog tags reading “BOKO.” 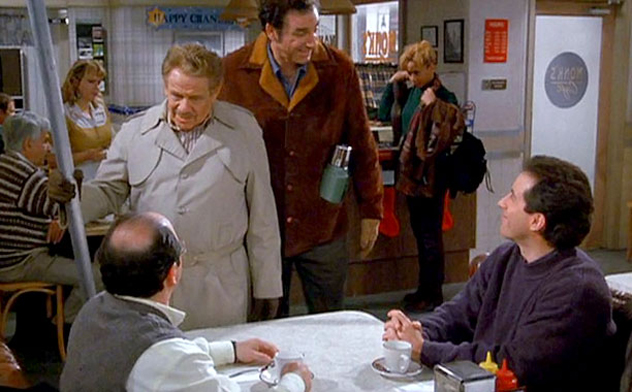 On December 18, 1997, Festivism was popularized through the airing of an episode of Seinfeld titled “The Strike.” George Costanza’s father, Frank, tells of how the Festivus holiday was born, and that it included a simple aluminum pole, the “Feats of Strength,” and the “Airing of the Grievances.”

The references to the holiday in popular culture are numerous, and Rand Paul even used the Festivus holiday as a means for airing his political grievances on Twitter recently, which included, “Politics doesn’t involve enough puppies. People like puppies. #AiringOfGrievances,” along with, “Last one, because I could do this all day. Your government literally spent $10,000 to watch grass grow. #AiringOfGrievances.”

Of course, simple references to the Festivus holiday does not make Festivism a religion. Fortunately, a judge in California made a ruling on whether Festivism was indeed an actual religion, deciding that an inmate was entitled to a high-protein diet that excluded salami due to his belief in Festivism. The order stood, and the inmate was allowed to have double portions of kosher meals in accordance with the tenets of his made-up religion.