10 Surprising Stories Of The US Receiving Foreign Aid

Perhaps due to the fact that the United States spends billions each year helping developing nations, it’s commonly believed that other countries rarely step in to offer assistance to America in its times of need. The truth of the matter is that the US does receive foreign assistance all the time. For instance, around 90 countries offered assistance after Katrina alone.

The following are 10 cases of the US receiving foreign assistance, despite the commonly held belief that the rest of the world couldn’t care less. 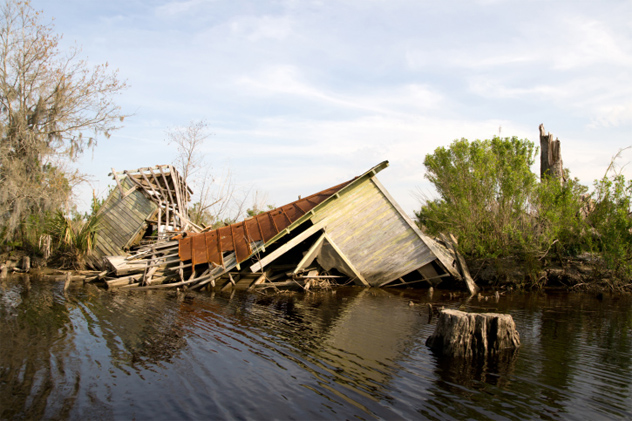 Quickly, name one of the closest allies of the United States. The UK, Canada, or Australia might come to mind. This may be true, but some might find it surprising that Russia was actually one of the first nations to send humanitarian aid in the aftermath of 2005’s Hurricane Katrina. One of the worst natural disasters in US history, Katrina cost 1,836 people their lives and caused untold property damage. Russia donated more than 60 tons of supplies, including food rations, tents, blankets, medicine, a rescue helicopter, and a water purification system.

In 2012, Hurricane Sandy wrecked the East Coast. Sandy was responsible for 117 deaths in the US and billions in property damage, and Russia once again stepped in with humanitarian assistance—more than 50 tons in all. The former US Ambassador to Russia, Michael McFaul, tweeted, “Thank you for help, Russia.” The humanitarian assistance was carried out by EMERCOM, which is a federal international humanitarian agency based in Moscow. 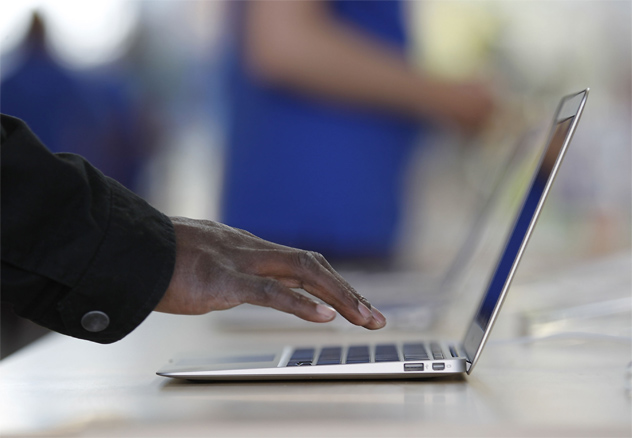 In 2011, a catastrophic tornado demolished the city of Joplin, Missouri. The death toll was 161, and Joplin was rendered a post-apocalyptic wasteland. In the carnage, Joplin lost six schools, including the city’s sole high school. Insurance covered the cost of rebuilding, but not the cost of books and furnishings.

Two weeks after the devastating tornado, the public school system received a call from an unlikely source: a staffer from the United Arab Emirates (UAE) embassy. The UAE told the school system to “think big.” Ultimately, the UAE provided 2,200 students in Joplin with MacBooks to use as a replacement for outdated textbooks (among other educational applications).

The MacBooks were a nice touch, but that was not the end of the UAE’s response. The UAE also spent $5 million to build a neonatal intensive-care unit at Mercy Hospital, which was also obliterated by the tornado. 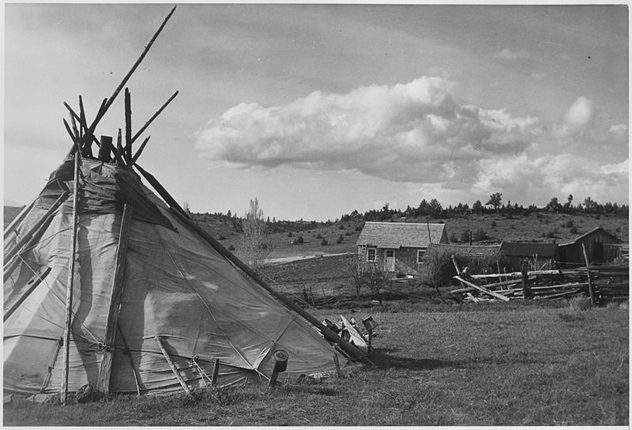 As a “strategic ally,” Turkey receives several million dollars in foreign aid from the US each year. In 2015, $4.8 million is budgeted for Turkey.

In an interesting act of philanthropy, Turkey’s Agency for Cooperation and Collaboration (TIKA) donated $200,000 to build a water tank for the Confederated Tribes of Warm Springs Reservation of Oregon. This grant is to ensure clean drinking water for 10 years for a reservation elementary school.

Turkey’s interest in Native Americans is nothing new—they were the only country to send a delegation to a recent Reservation Economic Summit. Turkey even offers college scholarships to American minorities (including Native Americans).

No one seems to be too sure why the Turkish seem to feel a kinship with Native Americans, but it has led some conspiracy theorists to suggest that Turkey is “infiltrating Native tribes” in order to make inroads to the US in the hopes of installing an Islamic government. 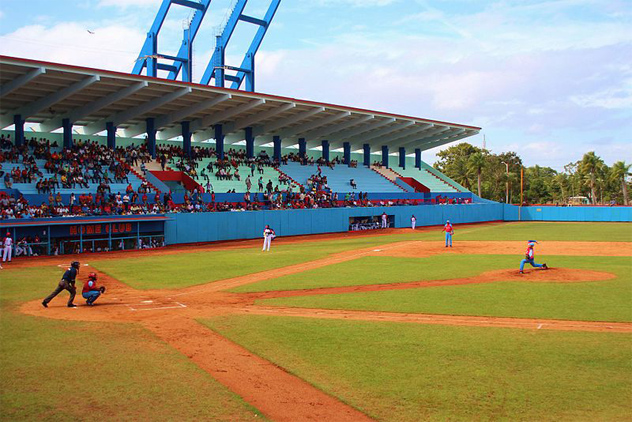 In the wake of Hurricane Katrina, Cuba offered to send 1,600 doctors, 83 tons of medication, and several field hospitals. The US State Department was quick to turn Cuba down. White House spokesman Scott McClellan was quoted as saying, “When it comes to Cuba, we have one message for Fidel Castro: He needs to offer the people of Cuba their freedom.”

Cuban doctors remained on standby in case the US changed its mind, killing time by brushing up on English and learning the history of Louisiana and Mississippi. One of the volunteer doctors, Dr. Delvis Marta Fernandez, stated, “Let’s get going. This is not political. This is a humanitarian emergency. People are dying and they need our help.”

The next year, the 2006 World Baseball Classic saw its fair share of controversy. Cuba took second place in the tournament and then offered to donate its share of the winnings to the victims of Hurricane Katrina. Unfortunately, the State Department declined the offer. In fact, due to the 1962 trade embargo, Cuba is not allowed any proceeds from the Baseball Classic to begin with, even if it would have gone to helping people in need. 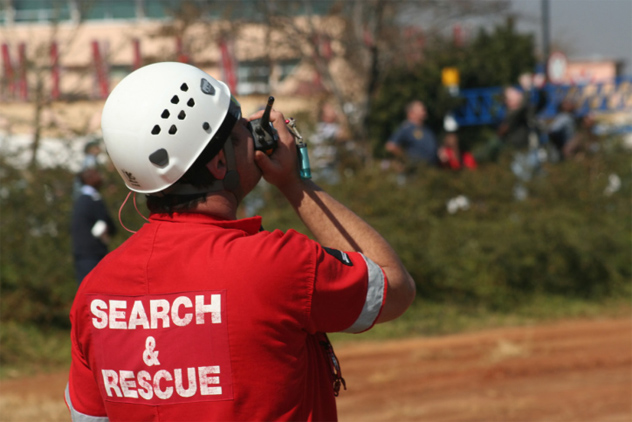 The shipment of medical supplies from Italy was unloaded, only to be left out in the elements to spoil. Thanks to the Freedom of Information Act, this event eventually came to light. In one of the released documents, State Department officials argued over whether to tell Italy about the incident. “Tell them we blew it,” one of the officials wrote, only to add, “The flip side is just to dispose of it and not come clean. I could be persuaded.”

Italy and the US have enjoyed an agreeable alliance for some years now, and this incident was truly a gross oversight on America’s part. Unfortunately, waste and misappropriation of donations (both foreign and domestic) were not uncommon after Hurricane Katrina. 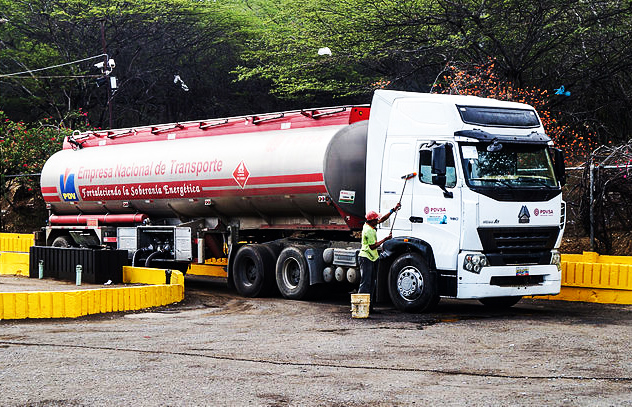 Petroleos de Venezuela S.A. (PDVSA) donates millions of gallons of heating oil to needy American families each year though the CITGO-Venezuela Heating Oil Program. PDVSA is a large, state-owned oil and natural gas company based out of Venezuela. PDVSA is also the largest shareholder in Citgo.

Starting in 2005, Citgo began its heating oil program in response to the rising cost of fuel. Since 2005, Citgo has helped heat the homes of 1.8 million Americans. Of course, a state-owned, foreign oil company providing charity to US households has been met with some controversy. Larry Goldstein, the president of the Petroleum Industry Research Foundation, claims that the program is “designed to embarrass us.” Felix Rodriguez, the chief executive of Citgo, denies any political motivation, simply stating, “The poor people need heating oil.”

Regardless of agenda, the needy (and cold) people of the US seem to appreciate the humanitarian gesture. 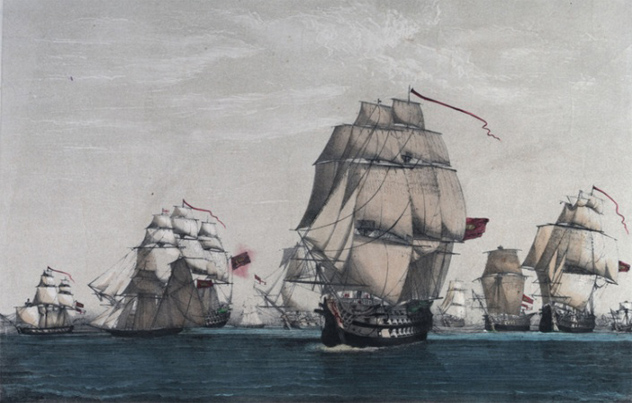 Some people may already know the story of how the French helped the American colonies secure victory in the war for independence from England. The French were at odds with the British and saw the rebellion in the colonies as an opportunity to weaken their archrival. Between 1778 and 1782, the French provided the fledgling US with ammunition, arms, troops, and naval support. As the war dragged on, France proved its usefulness to the US by helping them score a major victory at Yorktown in 1780.

The French spent 1.3 billion livres on the American war effort, which is equivalent to around $3 billion US in today’s terms. The French were also left in debt, which helped in part to set the stage for the French Revolution in 1789.

Today, monuments stand in honor of the French sacrifice. One of the more notable is Rochambeau Statue and Monument in Newport, Rhode Island, commemorating French general Jean-Baptiste Donatien de Vimeur, comte de Rochambeau. Rochambeau commanded some 7,000 French troops in conjunction with George Washington. He is also honored with a monument in Washington, D.C. along with a series of roads bearing his name in the New England area. 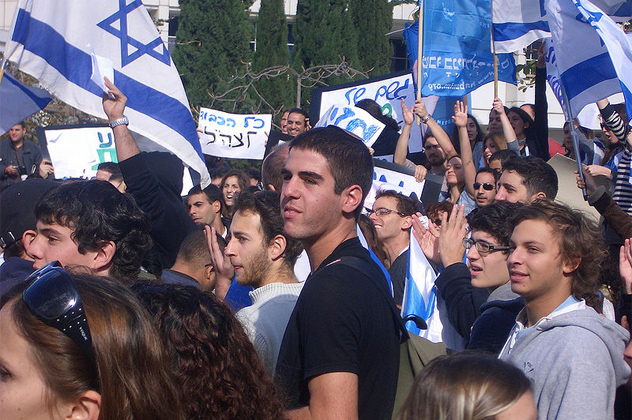 Israel is one of the top recipients of US financial assistance, and when Katrina ravaged the American Gulf Coast, Israel returned the favor. Israel donated 80 tons of food, beds, blankets, medical supplies, and generators. These goods were distributed by various US government agencies and civilian organizations.

In another act of humanitarian assistance, Israel also provided the opportunity for several thousand displaced college students to continue their studies in six different Israeli universities. Israel even covered the airfare and initial living costs—a grant of $2,000 per student. The project was coordinated by Hillel (The Foundation for Jewish Campus Life), United Jewish Communities (UJC), and local synagogues in the New Orleans area. Ze’ev Bielski, the chairman of the executive of the Jewish Agency For Israel, was quoted as saying, “This is an initiative that emanates from the brotherhood and partnership between the State of Israel, the citizens of the United States, and the American Jewish community.”

2The World Helps Clean Up The Deepwater Horizon Oil Spill 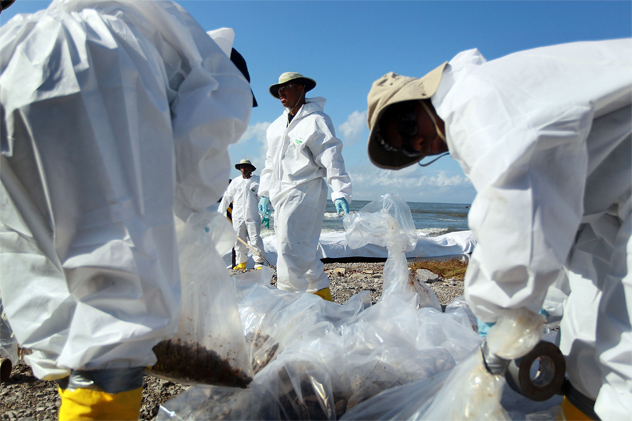 On April 20, 2010, an explosion aboard the BP-contracted Deepwater Horizon oil rig killed 11 crew members and unleashed a hellish barrage of toxic oil into the environment. The US Coast Guard estimated that the damaged oil well was spewing 159,000 liters (42,000 gal) of oil each day into the Gulf of Mexico. It wasn’t until four month after the explosion that the oil well was permanently sealed.

The Deepwater Horizon oil spill was one of the worst ecological disasters to date, causing untold damage to the environment and to the economy of the US Gulf Coast. The countries that offered assistance included Canada, Mexico, South Korea, Croatia, France, Germany, Ireland, Japan, the Netherlands, Norway, Romania, Russia, Spain, Sweden, the United Arab Emirates, the United Kingdom, and Vietnam.

The US accepted donations of skimming equipment from Canada, Mexico, Netherlands, and Norway. Additionally, many other nations assisted BP directly, truly turning the clean-up into an international effort.

1The Masai Give America 14 Cows 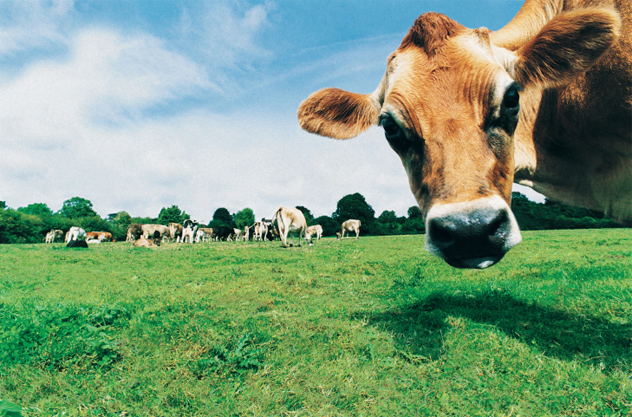 In the wake of the September 11 attacks, a wave of public outcry and condemnation was heard around the world. With a death toll approaching 3,000, 9/11 was the most deadly attack on American soil in history.

In one of the more heartwarming acts of goodwill, the Masai people of southern Kenya donated 14 cows to the people of the US.

Kimeli Naiyomah was studying in the US during the September 11 attacks. Upon returning home to his native Kenya, he told his fellow Masai of the horrors that he had witnessed. The Masai decided that they wanted to help the people of the United States by donating as many cows as they could spare. Village elders blessed the cows in a ceremony and then turned them over to William Brancick, the deputy chief of mission of the United States Embassy in Nairobi. Mr. Brancick thanked the Masai, but told them that it would difficult to transport the cattle to the US. He then offered to simply sell the cows on their behalf.

A gift of 14 cows may seem insufficient or strange to a Westerner, but to the Masai it was a fortune and further proof that sometimes the ones who have the least give the most.

C. T. Bennett is an international news junkie and armchair explorer who has too much time on his hands at the moment. He also loves studying Dutch and Afrikaans. Baie Dankie!

10 Theoretical Countries Of The Future