George Herman “Babe” Ruth is one of the most famous baseball players of all time and one of the most famous athletes in the world. Among the famous achievements of his career were his record 60 home runs in a season, the 714 home runs in his career, his seven World Series championships, and his membership in the inaugural class of the Baseball Hall of Fame. In fact, upon his retirement, he held 56 different baseball records. His play elevated baseball into its modern incarnation.

But Babe Ruth last played baseball in 1935, and many his records have since fallen. We might ask, was Babe Ruth really that good? He was, and not just for his athletic abilities.

10He Remains A Mystery 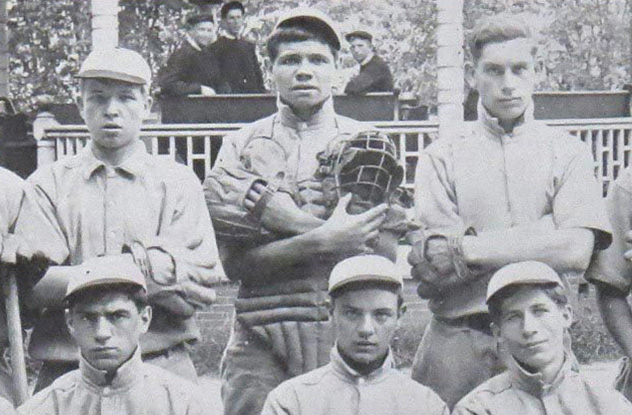 Even though Babe Ruth is one of the most famous athletes of the 20th century, a lot about him remains unknown. His early life, particularly, is almost a complete blur. He was born in Baltimore and grew up in a poor neighborhood. We know only a little about his father, who was a tavern owner, and almost nothing about his mother, aside from that she was in frail health and died at age 39. We also don’t know much about his siblings—he had seven brothers and sisters, only one of whom survived into adulthood.

Even basic biographical facts about Babe Ruth are in dispute. For example, we don’t know if Herman was his middle name or his confirmation name. We also don’t know his exact date of birth. Well into adulthood, the Babe himself thought that he was born on February 7, 1894, until he discovered a document saying he was in fact, born on February 6, 1895. But even that date of birth has been disputed by biographers.

9He Challenged the Status Quo 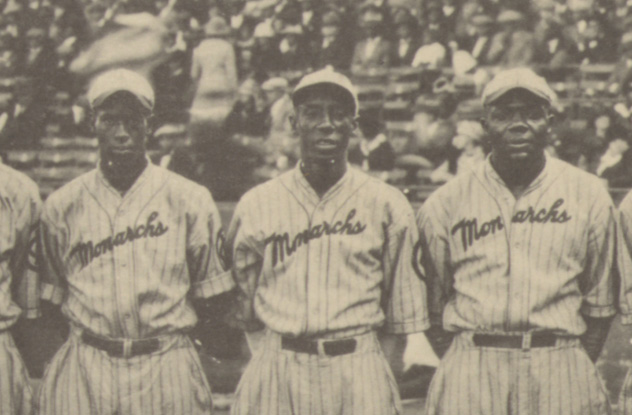 Racism was deeply entrenched in baseball in the early part of the century. African-American players were banned from the Major Leagues, and baseball’s biggest star, Ty Cobb, was an outspoken racist. Babe Ruth, however, had an attitude atypical to that of many his teammates. While he never spoke out directly against racism, he played exhibition games against African Americans, attended fundraisers to benefit black churches, and even invited Bill “Bojangles” Robinson, the most famous black entertainer of his day, into the Yankees clubhouse.

These gestures rankled baseball’s leadership and may even have hurt Ruth’s career in small ways. Baseball’s commissioner, Kennesaw Mountain Landis, was a staunch segregationist who tried to block Babe Ruth from playing exhibition games against Negro League teams. He went so far as to suspend him from playing for the Yankees when Ruth defied the ban. Later on, Ruth’s antagonism of Landis may have prevented him from fulfilling his ambition to manage a team.

8He Played Through Serious Health Problems 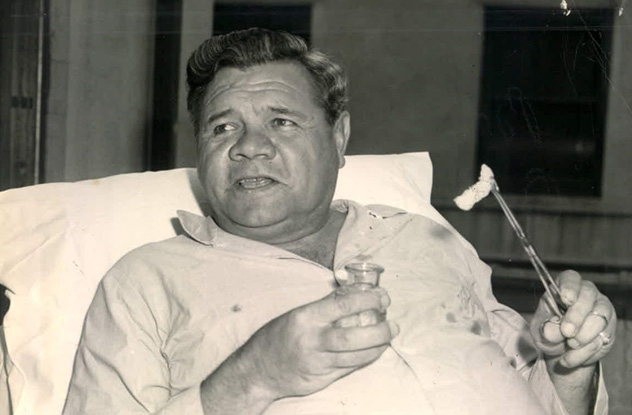 Babe Ruth was famous for his appetite for carousal, with many nights spent gambling, drinking, and womanizing. Many stories say he showed up at the ballpark sleep-deprived and hungover, only to hit multiple home runs. This cemented Ruth’s image as seemingly superhuman in the eyes of his fans.

But his constant partying took a toll on his health, just as it would any mortal. Things finally caught up with him in 1925, when he started to feel cramped and feverish but continued playing. He collapsed and hit his head during a train ride, requiring hospitalization. This sparked a media firestorm, with newspapers around the world even incorrectly declaring that he had died. The incident became known as “The Bellyache Heard ’Round the World.”

Ruth recovered, although he was weak the rest of the season. To this day, his exact illness remains unknown but has been rumored to be anything from an intestinal abscess to syphilis.

7He Was Ahead Of His Time 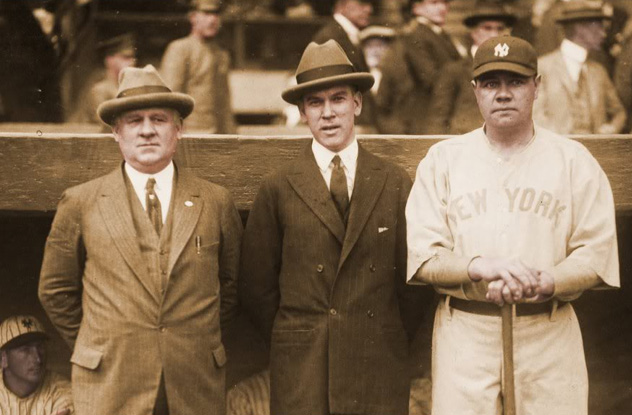 Ruth invented the idea of the modern celebrity athlete, becoming a star both on and off the field. He hired a man named Christy Walsh to negotiate contracts for him and manage his finances—the first sports agent. In addition to contract negotiations, Walsh also served as Ruth’s ghostwriter and managed his public relations.

At one point, Walsh even got the magazine Popular Science Monthly to publish a pseudoscientific article entitled “Why Babe Ruth is Greatest Home Run Hitter.” According to the clearly bonkers article, a team of psychologists from Columbia University ran tests on Ruth and discovered that “Ruth is 90 per cent efficient compared with a human average of 60 per cent.”

Ruth was also the first athlete to employ a personal trainer, who helped him recover following his hospitalization in 1925. Most athletes of the time used their time off to work rather than train, but Ruth didn’t need to work to support himself in the offseason. The trainer, Artie McGovern, put him on a strict diet and exercise regimen. As a result, Ruth bounced back to have his most famous season in 1927.

6His Tour Of Japan Was Insane 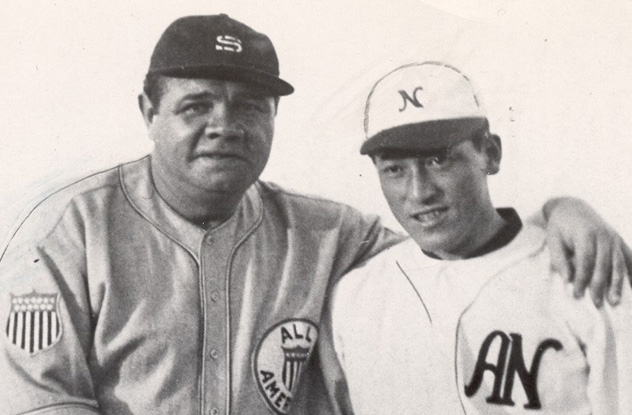 US-Japan relations were shaky in 1934. The US had halted Japanese immigration into the country, and Japan had recently invaded China for dubious reasons. It was in that atmosphere that Ruth and several other baseball players embarked on a goodwill tour of the country, playing exhibition games against Japanese teams. Ruth, of course, was the main attraction, and thousands flocked to see him play. But a lot was happening both on the field and behind the scenes.

For one, the tour launched the career of Eiji Sawamura, one of Japan’s first baseball superstars. Sawamura was a young, unknown pitcher who managed to do what the other Japanese couldn’t—strike Babe Ruth out. Sawamura went on to become one of the greatest pitchers to play in Japan before being killed in World War II.

One of Ruth’s teammates was catcher Moe Berg, who took it upon himself to gather some film of Japanese military installations. Berg sold the film to the US government and later became an actual spy during the war.

Finally, while the tour was going on, Japan’s government narrowly avoided being overthrown in a nationalist coup. If the coup had succeeded, the American players might have been in a lot of trouble.

5The Legends Are Partially True

Two legends about Babe Ruth are particularly well known. One is The Called Shot, and the other the story of Johnny Sylvester. While both of these stories have been embellished over the years, there’s some truth in each of them.

According to the story of The Called Shot, during a World Series game, Ruth was being taunted by the opposing team, so he pointed into the outfield stands right before smacking a home run into the very spot where he had pointed. For years, people thought the story couldn’t be true—it seemed too perfect. But the consensus is that, while Ruth may or may not have pointed toward the outfield, he did gesture with his arm before hitting the home run. Film of the incident exists but is inconclusive.

The legend of Johnny Sylvester also has some kernels of truth surrounded by embellishment. Johnny was a young boy who was gravely ill—possibly dying, although his exact illness isn’t quite clear. Johnny had one wish: to be given a baseball autographed by Ruth. According to the most popular version of the legend, Ruth visited Johnny in the hospital and promised to hit a home run for him, which he did the next day. In reality, Ruth only sent Johnny a package containing an autographed ball and a note saying he would try to hit a home run for him. Though he failed to hit the promised home run, he did manage one the next day, and he later visited Johnny, who eventually recovered. 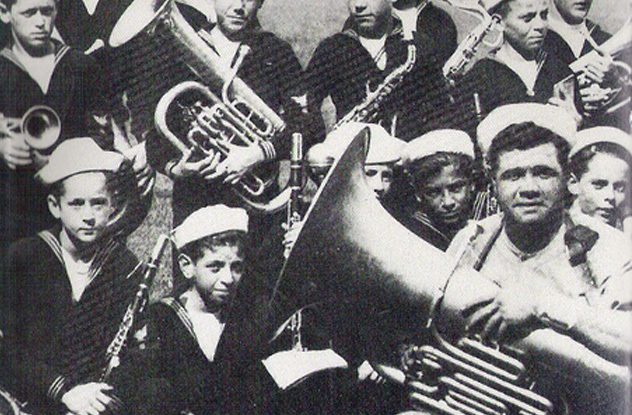 When Babe was seven, his father remanded him to Roman Catholic boarding school. St. Mary’s Industrial School for Boys was mainly for orphans and juvenile delinquents, probably because George Sr. feared Babe was on his way to becoming the latter. It was here that Ruth learned to play baseball, which of course changed his life.

Babe never forgot his roots, and throughout his life, he gave back through charitable contributions, especially to orphanages. Among the organizations he supported was the American Legion Crippled Children’s Hospital in St. Petersburg, Florida. He later left much of his estate to the Babe Ruth Foundation, dedicated to helping orphans and disabled children. Ruth was also active in the Red Cross, helping injured service members during World War II.

St. Mary’s Industrial School for Boys burned in a fire in 1919, and Ruth donated to have the school rebuilt. The school has since closed, but the baseball field is still there.

3He Hit Far More Home Runs Than We Think “Barnstorming” was a common practice in the 1920s and ’30s. Ballplayers would travel during the offseason and play exhibition games against fellow major leaguers, local players, or Negro League teams. This gave many people across the country a chance to see professional baseball while providing some much-needed extra income to many players.

Even though he was the highest-paid athlete in the world, Babe Ruth still barnstormed. And, of course, he hit a lot of home runs. It’s been estimated that if you take the 714 home runs he hit during his career, add his postseason home runs, and then add all of the home runs he hit while barnstorming, he hit at least 1,031 home runs.

Ruth’s barnstorming enhanced his legend. Supposedly, Ruth once hit a 180-meter (600 ft) home run while playing a barnstorming game in Wilkes-Barre, Pennsylvania. If true, this would be the longest home run ever hit. 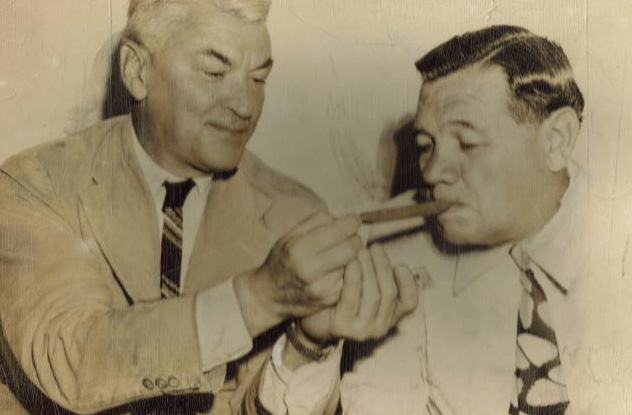 Babe Ruth died at age 53, just two months after making his famous final public appearance at Yankee Stadium. Ruth was said to be suffering from throat cancer, no surprise given his penchant for smoking and drinking. More recent research shows that Babe Ruth might actually have suffered not from throat cancer but from a much rarer cancer called nasopharyngeal carcinoma.

Ruth was one of the first patients to undergo chemotherapy and radiation therapy. In addition, Ruth took a new drug called teropterin, one of the first anti-cancer drugs. Teropterin had previously only been used on mice, and Ruth’s doctor had no idea how the human body might react. Ruth understood the risks but agreed to take the experimental drug anyway. Ruth’s condition improved but only for a short time. Still, the experiment gave hope that a cure for cancer could be found.

1He’s Still The Best (By Any Measure) Although his most famous records have long since been broken, baseball statisticians consider Babe Ruth to be the best player in the history of the game. In fact, modern statistical analysis, called sabermetrics, ranks Ruth as far and away the best. Sabermetrics uses advanced statistics (beyond batting average, home runs, and RBI) to create a more complex and objective view of baseball.

Even a cursory glance at sabermetric stats shows Ruth the clear leader. Once of the most popular stats, Wins Above Replacement (WAR), puts Ruth at 184 for his career—almost 10 percent better than the next-highest on the list. He also leads in adjusted OPS+, a stat commonly used to measure hitters. He even does pretty well as a pitcher, ranking within the top 100 all-time in Fielding Independent Pitching. Not bad for a guy who made his baseball debut over 100 years ago.