The Church of Satan was founded in 1966 by Anton Szandor LaVey. The religion started in San Francisco and has since spread throughout the world. It’s easy to research the beliefs of Satanists, yet their values and practices remain widely misunderstood.

10Members Are Atheists With Humanist Philosophies 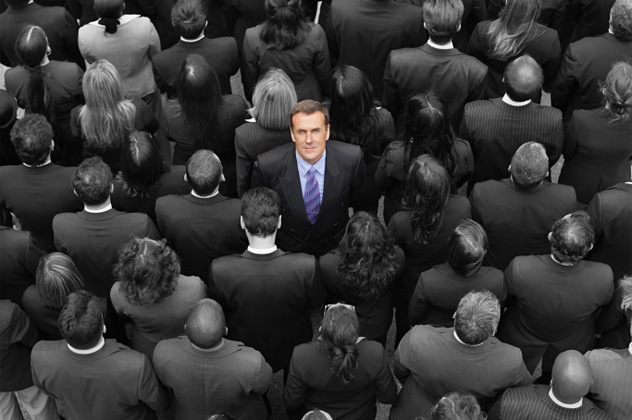 Satanists believe that all deities were invented by man. Therefore, by worshiping invented gods, the religious actually worship human inventors. The Church of Satan promotes the belief that we are responsible to ourselves and not to a deity. Members value personal characteristics such as pride, liberty, and various human traits that most religions consider inappropriate. Satanists aim to end the struggle between religious policy and conflicting natural inclination so that members may live without guilt for following harmless human instinct and desire.

The Church of Satan proclaims that we have free will and that fate plays no part in our existence. People are accountable only to themselves and humanity. Satan is a strong representation of how Satanists see themselves. He is not the deity of the religion, but the main inspirational figure. He does not struggle with how a religious moral code might affect his existence. A great deal of what traditional religions consider evil and carnal—attributes of the “Dark One”—Satanists consider natural. This makes Satanism a surprisingly free and tolerant religion.

9Satanists Have A Unique View On Holidays And Rituals 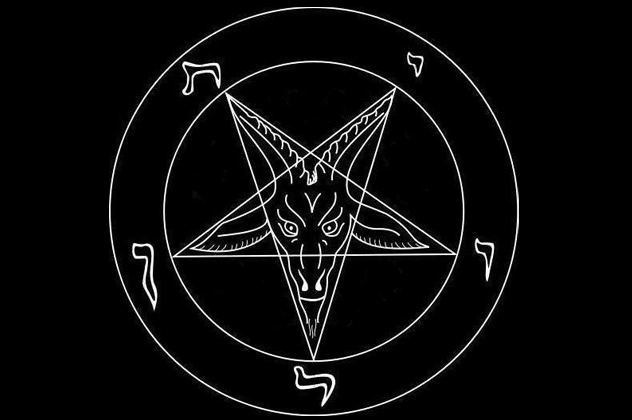 At its core, Satanism is a celebration of the individual. It naturally follows that a member’s birthday would be considered the most important holiday of the year. Since forces of nature play a large role in this religion, equinoxes and solstices are also often celebrated. Holidays such as Christmas and Halloween may be celebrated as well, but their roots and purposes must be understood. For instance, the date of Christmas usually lands close to the winter solstice, and for Satanists it’s simply a time to gather and enjoy the company of others.

Rituals and related theatrics are completed for the personal cathartic effect. In no way do these rituals call to a higher power, as Satanists see the “self” as the highest power—the most vicious and superior of all animals. Satanists originally used a live nude woman with her head pointing southward as an “altar of the flesh” for rituals, although live altars are uncommon nowadays. The male members don traditional black-hooded or cowled robes. Older woman wear all black, and the young women sport revealing garb for rituals. All members wear an amulet with a pentagram or the sigil of Baphomet.

8Leaders Use Pop Culture To Further Their Religion 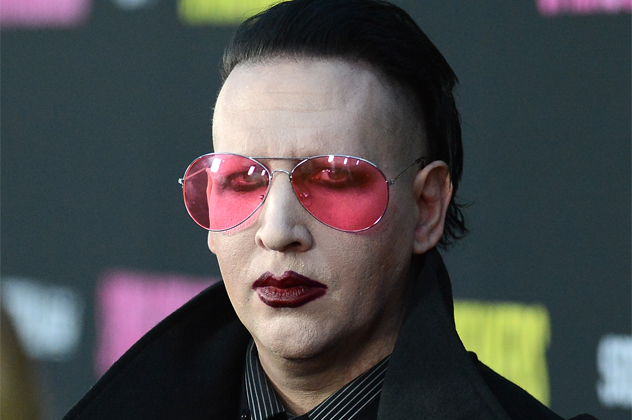 Why give a sermon when you could just suggest that your followers watch a Hollywood blockbuster? The Church of Satan has recommended that their followers watch films including Murder, Inc., Blue Velvet, Blade Runner, Fantasia, Willy Wonka and the Chocolate Factory, the original Bedazzled, The Wicker Man, Citizen Kane, and The Great Gabbo. This is only a sampling of the complete list.

If reading is more your speed, a complete recommendation list from the Church of Satan exists for your studying pleasure. Favored subjects are psychology, sociology, and good vs. evil. The religion also uses pop culture to advertise their iconic members. Past and present celebrity Satanists include Jayne Mansfield, who was made a High Priestess, Marilyn Manson, Sammy Davis Jr., and Liberace. Their involvement as “Citizens of the Infernal Empire” lends a bit of glamor to the religion. 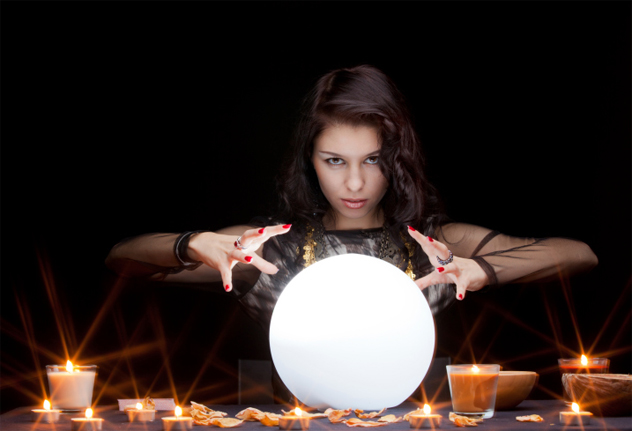 Magical sorcery is not part of the Church of Satan. In fact, the Satanic Bible warns against practicing White Magic and Black Magic. Satanists employ their own special type of logical enchantment, which is divided into Greater Magic and Lesser Magic. The latter is manipulation—a Satanist can attempt different techniques to see what works. Lesser Magic is psychological as opposed to magical. It requires prudence. It’s also called Non-Ritual Magic or Manipulative Magic. It’s basically a fancy label for wiliness.

Lesser Magic is purely intellectual, while Greater Magic is emotional and involves rituals. Ceremonies are a therapeutic technique for controlling energy. Rituals are labeled by the Church of Satan as “intellectual decompression chambers.” The five elements, called “ingredients,” for both types of magic are desire, timing, imagery, direction, and the balance factor. Satanists who practice either type of magic may call themselves “magicians.”

6Their Religion Is Permeating Public Schools 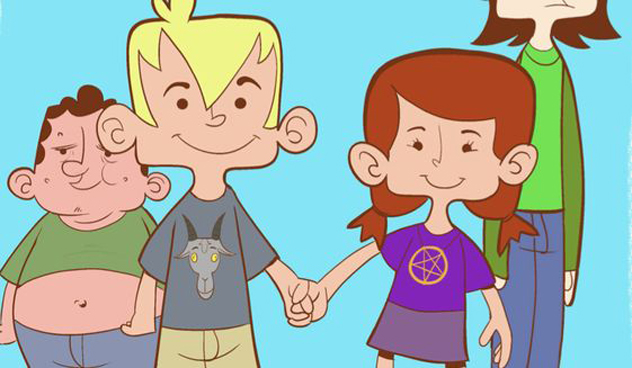 In Florida, the Satanic Temple planned to provide educational materials to children of the Orange County ISD. The literature was meant to explain Satanist philosophy and children’s right to practice Satanism in school. The decision to allow distribution of religious materials occurred after one group distributed Christian Bibles, and the Orange County School Board ruled that such an act was acceptable. The Church of Satan prefers separation of church and state, but when that separation is removed, they demand equal representation for Satanism.

In 2014, the Satanic Temple disseminated coloring books to schoolchildren in Orange County, Florida. The Satanic Children’s Big Book of Activities featured a main character named Damian. Pentagrams and other satanic imagery recurred throughout the book. It contained messages about anti-bullying, compassion, freedom, and friendship. This is where the humanistic philosophy of all Satanism came in handy. With such an uplifting message, the activity book couldn’t be prohibited in school because of its content.

5It Began With A Distinctive Man 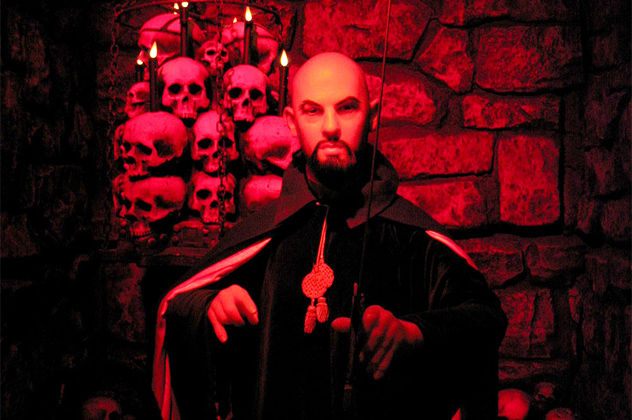 Church of Satan’s founder, Anton LaVey, began by offering a weekly lecture on cults for $2 per attendee. Publicist Edward Webber suggested LaVey create an organization to garner a higher profit. It worked. The press popularized LaVey’s establishment late in 1966. There’s a rumor that he even played the devil in Rosemary’s Baby in 1968, but that role was filled by Clay Tanner.

LaVey wrote the Satanic Bible in 1969 and continued to promote his religious philosophy until his death in 1997. His name was originally Howard Stanton Levey. Before founding the church, he tamed lions and tigers. He also played instruments for the circus and even hosted burlesque shows with strippers in macabre costumes. One might say he had some experience putting on a captivating show.

Eventually, though, the beliefs he proliferated made him a target. His family received death and rape threats regularly. His home—painted black—was vandalized and shot at. One of his daughters, Zeena, became a spokesperson for the church in the 1980s. She resigned her position as High Priestess in 1990, and her husband left with her. Zeena established the Sethian Liberation Movement 12 years later in a bid to give followers an opportunity to practice magic without joining an oppressive cult. LaVey also had an older daughter named Karla, who was unaffiliated with the Church of Satan, and a son named Satan Xerxes Carnacki LaVey.

4They Fought The Satanic Panic 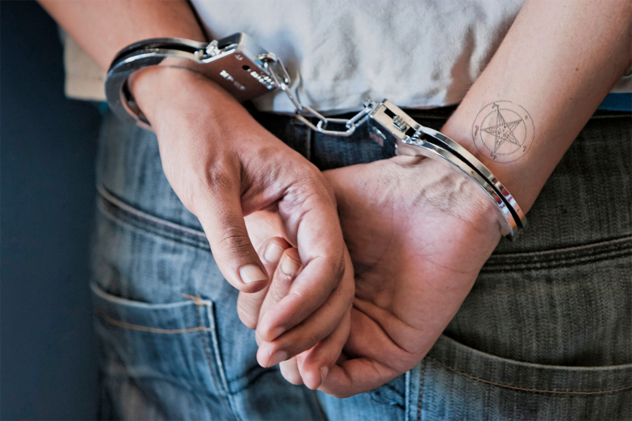 The Church of Satan faced serious PR challenges in the 1980s. It began with accusations of criminal activities, including ritualistic sacrifice, physical abuse, and sexual abuse. LaVey and other church leaders made public appearances to address the allegations. The Church of Satan is clearly against harming children and animals—unless an animal is attacking you or you’re going to eat it. An FBI report later invalidated accusations against the Church of Satan. Others weren’t so fortunate.

Victims of the Satanic Panic included Dan and Frances Keller. Their case was only one of many. The Kellers ran a home day care in Texas. They were accused of killing cats, dogs, and babies in front of the children they cared for, as well as shooting the children in the extremities, grave-digging, transporting the children to Mexico to be sexually abused, and even mixing blood in the children’s drinks. An unfair trial resulted in a 48-year sentence for each of them. They were freed 21 years later.

3Membership Will Cost You 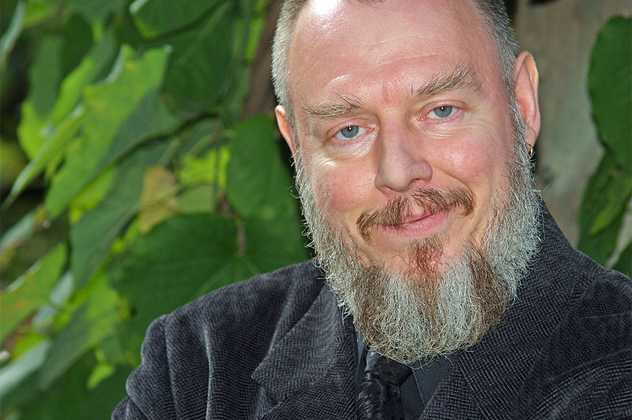 The membership cost to join the Church of Satan is a one-time fee of approximately $200. It comes with an embossed crimson card. The purpose of the fee is unexplained, and spending is at the discretion of administration. The Church of Satan’s official website FAQ reads: “If you feel the need to know [how your money will be used] in more detail, then don’t join.”

Registered members must be adults or children of consenting parents. Children must also be old enough to make an informed decision. Satanist parents are encouraged to expose their children to various religions and let those children choose for themselves if they want to become Satanists. The church does not solicit membership. In fact, they make it clear that they really don’t care if you join. An interested party may become a Satanist simply by believing the Church of Satan’s philosophy, but if you want that embossed card and the rights that accompany it, you’ll have to pay up. 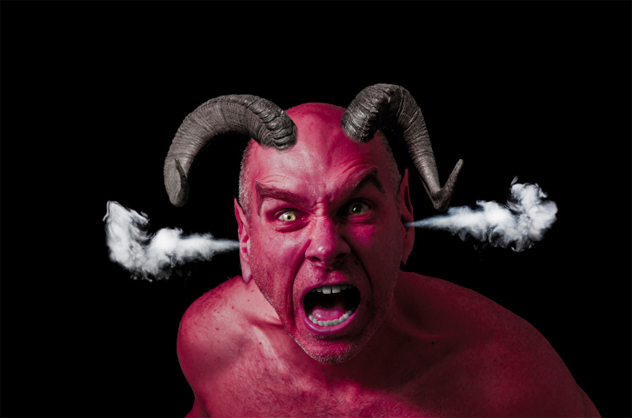 The first Satanic Statement promotes indulgence over abstinence, but the Satanic Bible warns against compulsion—meaning that indulgence must be within a person’s realm of self-control. Illegal indulgences such as drugs are not condoned. Still, lack of self-control in legal indulgent activities could lead to trouble. This religion is about meeting each Satanist’s needs at the basest level. For example, the fourth Satanic Statement approves of kindness only for the deserving, as opposed to promoting kindness for everyone. It warns against offering your kindness to ingrates.

The eighth Satanic Statement says that Satan represents sin, which should be indulged because sin leads to gratification (though crime is not tolerated). The Satanic Bible’s teachings claim that violence should be met with violence. Vengeance is encouraged. Lust is promoted over monogamy, but of course members have the free will to choose either. A general self-serving attitude may be useful in many respects, but Satanists shouldn’t forget that actions have consequences, and only considering oneself might end up doing more harm than good.

1The Church Of Satan Is Still Largely Underground 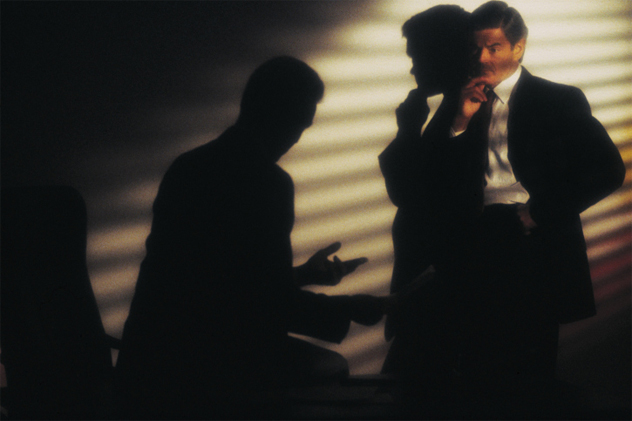 Since grottoes were dissolved, the main place for Satanists to celebrate their religion is at home. This really cuts down on overhead for the organization. Their only official building is now an administrative office in Poughkeepsie, New York, and it’s not even open to visitors.

Satanists are heavily discriminated against, and as such they have to be careful. No membership database exists—participants rely only on their membership cards to identify one another. Many don’t advertise their affiliation because of the possible repercussions. Members function on an honor code. They don’t “out” each other so that nobody else knows who might be hailing Satan in their free time. Only active members must make their participation public.

The Internet has created an easy way to network with like-minded individuals. It allows people to remain anonymous if they’d like. According to the Redeemer Church of Satan, Craigslist has become a go-to for finding local Satanists to join in communal rituals, gatherings, and general religious communion. Just don’t expect spiritual summoning, live sacrifices, or an old-school altar of the flesh. That’s not what the Church of Satan is about.