A town is generally accepted as any region bigger than a village and smaller than a city. It has its own government, name, and boundary, complete with marketplaces and people spread throughout the area. However, some towns have turned out to be very unique, including those built to look like other towns, and those built and then not inhabited. Some towns have only one resident, while the residents of other towns all live under one roof. 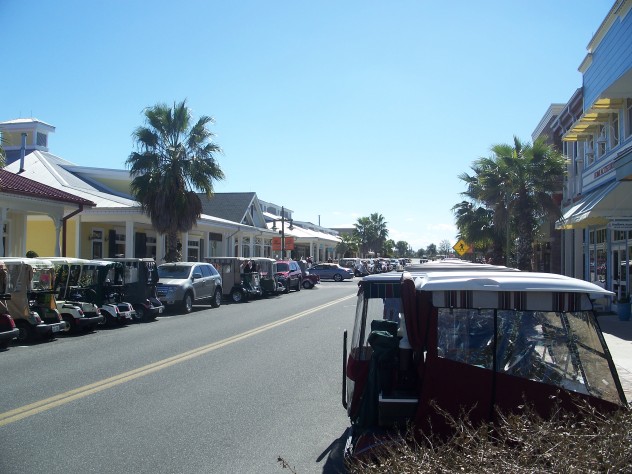 The Villages is a town in Florida that was built for retired people. It covers an area larger than Manhattan, and has over 100,000 inhabitants—most of whom move around in golf carts. In fact, it holds the Guinness World Record for assembling the longest golf cart parade in the world, with 3,321 total golf carts. The town—where children are forbidden—is also home to controversies and scandals. Old men and women have been caught making out in golf carts, and the men are known to fight over women. There is also a black market for Viagra, which costs about $12 for a single pill.

Unsurprisingly, the town—which has 10 women for every man—has also seen a massive rise in sexually transmitted diseases. In 2006, a gynecologist said she encountered more cases of herpes and human papillomavirus in the town than she did when she worked in Miami. Inhabitants are also known to drive under the influence (in golf carts), use illegal drugs, and engage in bar fights. 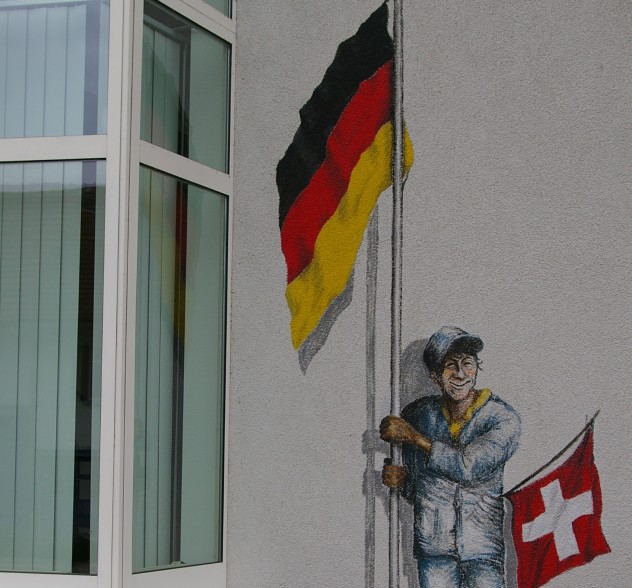 Busingen am Hochrhein is a German town in Switzerland. The town is separated from mainland Germany by a narrow strip of land, which measures about 700 meters (765 yards) at its narrowest point. Considering its unusual location, Busingen am Hochrhein is more of a Swiss town than a German one. It also enjoys public services from both Switzerland and Germany. It has a Swiss postal code (8238 Busingen) and a German postal code (78266 Busingen). It also has two telephone codes: +49 7734 (for Germany) and +41 52 (for Switzerland).

In case of an emergency, the Swiss or German police can be called in, although the Swiss police usually arrive first. Everybody living in Busingen is allowed to work and own properties in Switzerland, even if they do not possess Swiss citizenship. And, if a German citizen lives in Busingen for more than 10 years, he or she receives a special status similar to Swiss citizenship. The town’s football team—FC Busingen—also plays in the Swiss football league.

But the town never started off like this. Back in the 14th century, it was ruled by Austria. After the Lord of Busingen was killed by members of a nearby Swiss town, Austria vowed not to hand over the town to Switzerland. They later handed it over to a neighboring German town, and it was eventually claimed by Germany. In 1919, 96 percent of the locals voted to leave Germany and join Switzerland, but the Swiss wouldn’t offer anything in return, so the German government threw a fit and refused to let them go. 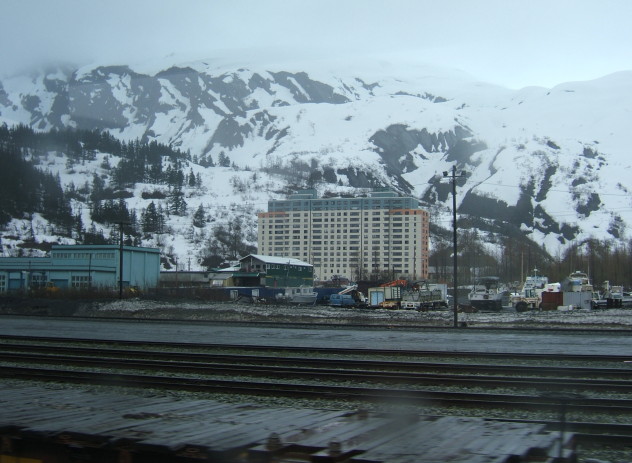 Almost all of the 200-plus inhabitants of Whittier, Alaska live inside a single 14-story building called Begich Towers. The rest live in their vehicles, boats, or another, similar building. Begich Towers was built in 1956. Back then, it served as an army barracks, but today, it is a town complete with a police station, post office, store, church, video rental shop, playground, and health center—all located inside the building.

The only way to access the town is either via sea or through a 4-kilometer (2.6 mi) one-lane tunnel which has gates that open twice every hour, allowing cars in or out of the town. The tunnels close at night and do not reopen until the next day. Before 2001, the tunnel could not accommodate vehicles, and the only way to get to the town was a 100-kilometer (60 mi) train ride. Then, trains ran only few times a week. During summer months, Whittier gets about 22 hours of sunlight, and during winter, it could get covered in over 6.35 meters (250 in) of snow. 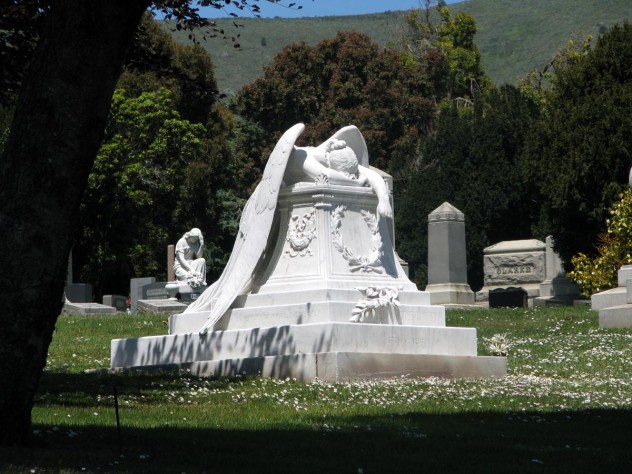 The town of Colma, California has more dead people than living people, with 1,500 living inhabitants and over 1.5 million dead inhabitants. The history of the town can be traced back to the Gold Rush of 1849 which led hundreds of thousands of people to migrate to nearby San Francisco. They brought diseases and, subsequently, death. By the 1880s, the 26 cemeteries in the town had been almost filled and, by the late 1880s, cemetery owners began constructing cemeteries in southern Colma because it was easily accessible.

In March 1900, San Francisco’s government banned new burials within the city. They said this was necessary because the land was too valuable to be used as cemeteries. Later on, in January 1914, cemetery owners were ordered to remove all bodies buried in San Francisco. Politicians said that the cemeteries spread disease, but the cemetery operators believe it was because of the rising cost of real estate. Nevertheless, the operators removed the bodies, and moved them to Colma, leaving it sprawling with graveyards. Today, over 73 percent of Colma’s land is destined to become cemeteries. 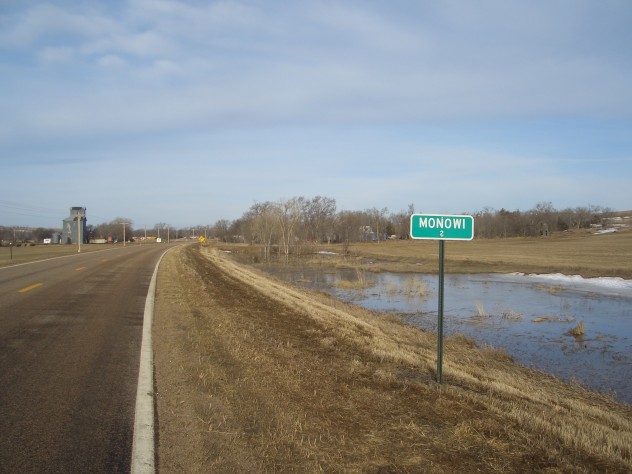 Monowi was founded by Czech migrants in northeast Nebraska, and it has only one resident: 77-year-old Elsie Eller. Population-wise, Monowi is the smallest jurisdiction in the US. Elsie runs the town’s only tavern and library, which is made up of about 5,000 books owned by her late husband, Rudy. She also serves as the town’s mayor, clerk, and treasurer. She also runs the council. In the 1930s, the town had a population of about 150 people, but by 2000, it had two: Elsie and her husband, Rudy. Elsie’s husband passed away in 2004, leaving Elsie as the town’s lone resident. Every year, Elsie pays tax to the town to maintain its four streetlights and provide other basic amenities. Several abandoned buildings in the town are covered with grass, slowly fading into obscurity, while others have collapsed. 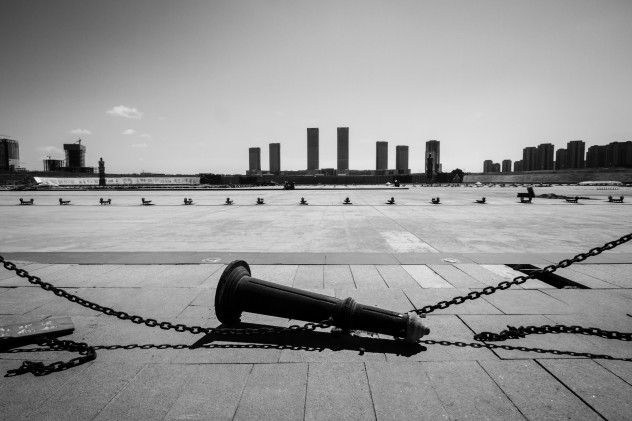 The city of Ordos, Inner Mongolia, China, has been called the largest ghost town in China. It was built to accommodate more than a million people, but only 2 percent of it was ever occupied. The remainder is unoccupied and was left to decay. The history of the town began more than 20 years ago during the coal rush of Mongolia. Investors soon began building apartments, hoping to rent them out. However, demand didn’t keep pace with the builders, and many investors pulled out or went broke before the buildings were even completed.

Today, streets are filled with incomplete houses. Even the completed buildings are hardly occupied thanks to their high prices. Many of the residents occupying the town are also leaving for elsewhere. In just five years, price per square foot fell from $1,100 to $470. To encourage people to come to the town, investors have reduced prices. Fresh graduates who move to the town to start a business are even given office space, Internet connections, and several other utilities for free.

Longyearbyen, Spitsbergen in Norway is the northernmost city in the world. It contains the world’s northernmost church, ATM, museum, post office, airport, and university. In Longyearbyen, dying is forbidden. Anyone found ill or dying is immediately flown by airplane or ship to another part of Norway before he or she passes away. And, if someone suddenly dies there, they would not be buried.

Dying is forbidden because bodies buried in the town’s cemetery do not decompose thanks to its extreme cold weather. Scientists recently removed tissue from a man who died years ago, and discovered that it contained traces of a deadly virus that caused an epidemic in 1917. Aside from not being allowed to die, citizens are also allowed to move around with high-powered rifles, thanks to the over 3,000 polar bears hanging around. Cats are also forbidden because they pose a threat to the bird population. 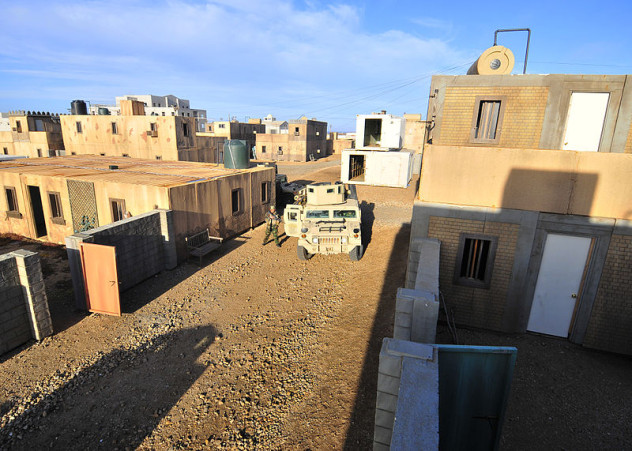 The Asymmetric Warfare Training Center (AWTC) in Virginia is an uninhabited town built by the US Army to train its soldiers. The town is complete with a school, church, mosque, train station, and a five-story embassy that’s likely the tallest building in Virginia’s Caroline County, where it is located. It also has a gas station, football field, bank, subway, and bridge. The school is built to replicate schools in Iraq and Afghanistan, and the subway resembles that of Washington, D.C. The trains even have the same logo as those found on trains in Washington. Costing $90.1 million to build, it is run by the US Army Asymmetric Warfare Group.

Another similar town is called Yodaville. It was built in the middle of the Arizona desert by the US Air Force. The uninhabited town, built to look like towns in Iraq and Afghanistan, is meant to teach Air Force pilots how to carry out bombing runs. 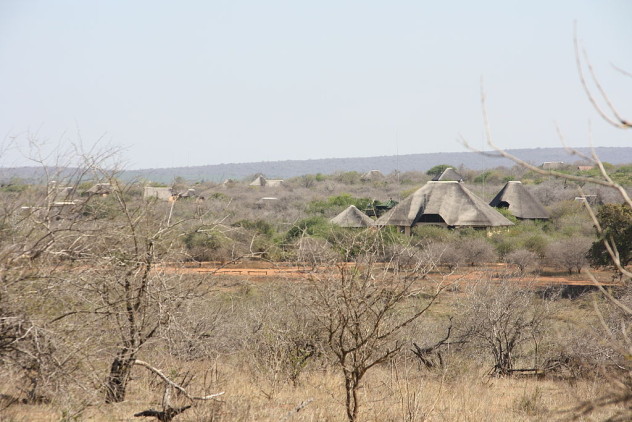 Marloth Park is close to the Kruger National Park, which is filled with wildlife including lions, hippopotamuses, and crocodiles. What makes the town unique is that, despite the dangers of having these wild animals close by, residents are not allowed to build fences around their houses. The only fence that separates the townspeople from the park is a small 1.2-meter (4 ft) fence that was built more to keep humans out of the park than to keep the animals in.

It is not unusual to see wild animals walking about the town. Baboons are known to enter houses through windows to steal from the refrigerators, and giraffes and elephants are known to block the road. Lion attacks on humans are also not uncommon. Eyebrows were raised when a lion attacked, killed, and ate a burglar fleeing with his loot, leaving only his head and a foot. Even after the deadly attack, most of the town’s occupants want the lions to remain. Some said the burglar was shot while escaping, and his corpse was eaten by lions. Others said the lions would serve as a form of crime control for the town, which was seeing a rise in burglary.

Cyclists are often the victims of attacks. This belies underlying race issues in the town, as most of the town’s residents are white and have cars, while the bicyclists are mostly black people who commute there for work. One cyclist managed to escape an ambush staged by four lions, abandoning his bicycle and fleeing to safety. Townsmen have nicknamed people riding bicycles at night “meals on wheels.” 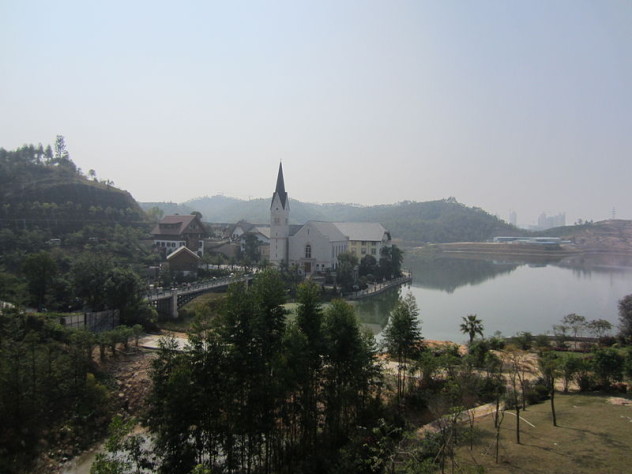 The real Hallstat is a UNESCO World Heritage Site in Austria. The Chinese Hallstat is a similar mock-up town built in Guangdong province, China. The town, which cost about $940 million to build, looks like the real Hallstat, including its roads, church tower, and wooden houses. The town’s construction was sponsored by a Chinese millionaire, and it caused quite a stir among residents of the real Hallstat who were not aware of the project.

Residents of Austria’s Hallstat (including the mayor) later visited the town. They said they were proud that their town was copied (it wasn’t like they could do anything about it), but they did not like the way the Chinese went about it. They were supposed to have met with the owners of the buildings they copied and asked if they were comfortable with the idea of replicating their buildings elsewhere, rather than just building them. The company that built the mock-up town, called Minmetals, had sent several of its workers to Austria’s Hallstat where they took pictures of places to replicate.

Elizabeth is an aspiring writer and author.