We have all heard of unusual championships such as caber tossing – but I am certain that almost no one will have heard of the six bizarre championships listed here.  This is a great opportunity for us all to learn about other people’s interests, and to maybe consider entering ourselves next year! 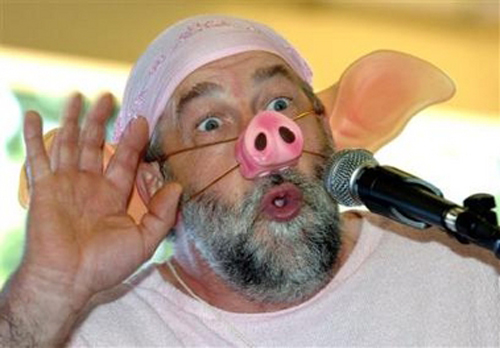 In Trie-sur-baise, France, a pig squealing contest is held every year. The contest involves standing before a microphone and squealing like a pig. Besides the pig-squealing, there were awards in the Sunday competition for pigging out — this year’s winner ate nearly 4 feet of blood sausage in under five minutes. I am very pleased to be able to present a youtube clip from the contest – but unfortunately the person who added the clip to youtube doesn’t seem to want people to share it easily – so you must go to youtube to view it. 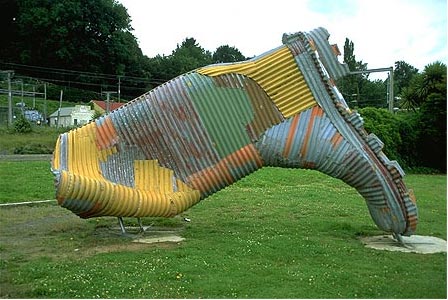 Every year in the small New Zealand town of Taihape, the residents and visitors have a gumboot throwing contest. The aim of the festival is to break the world record for the longest gumboot throw. It is a real fun family event, which includes a number of other competitions like the best-dressed gumboot and ‘shoot the loop’ with gumboots. Gumboots can also be tossed skyward on any day of the year in the official Gumboot throwing lane located in the ‘Outback’, just behind the main shopping centre. The festival takes place on “Gumboot Day”. There is even a kiwi folk song based on gumboots – it is called The Gumboot Song (and you can hear it in the clip above – being sung by New Zealand iconic performer Fred Dagg). 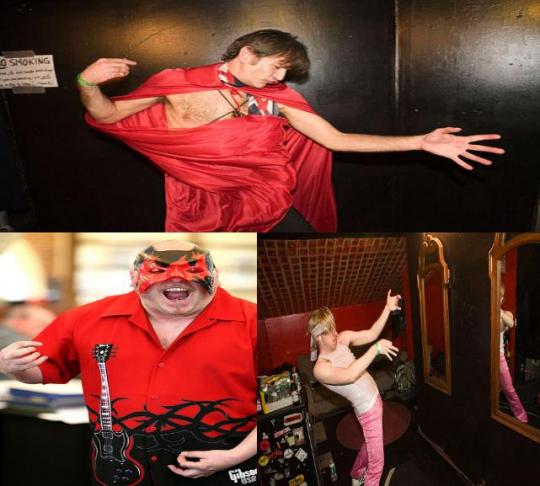 Air Guitar Championships started in Finland in 1996. In these championships the contestants pretend to play electric guitar solos. There are two rounds in this contest. In the first round, the participant chooses his or her favorite song and plays that song in the edited 60-second format. In the second round, the contestant has to play a song chosen by the organizers. 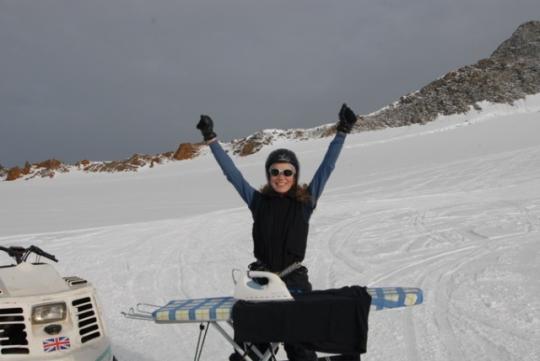 The Extreme Ironing World Championships started in Leicester, UK in 1997. This is an exciting and dangeous sport. Anyone who would like to participate should be ready for ironing a few items of laundry, preferably on a difficult climb of a mountainside, ice or under water. Anybody from any part of the world can participate. 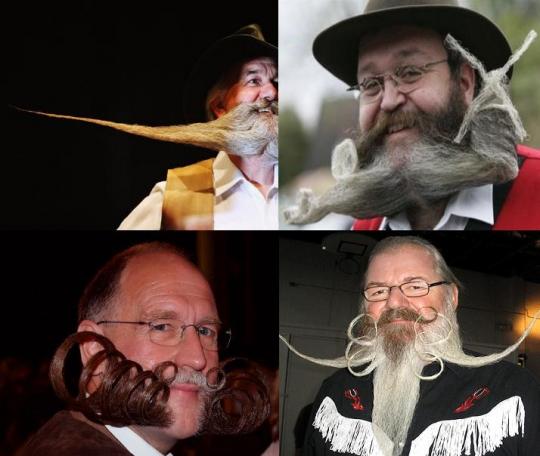 The first World Beard and Moustache Championships took place in Höfen-Enz, Germany, in 1991. The contestants have long, highly-styled facial hair like moustache and beard. Last time these championships were held in Brighton, England in 2007. This time they will be held in Alaska on 23rd May, 2009. 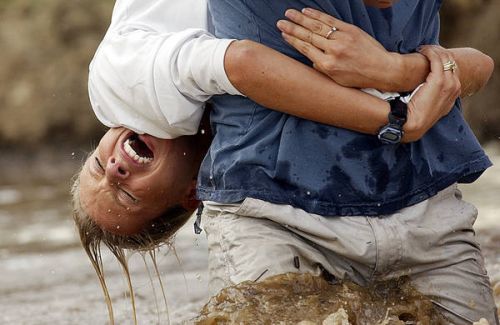 The Wife Carrying Championship is held in Sonkajrvi, Finland every July. To enter this contest, every man must come with a wife (not necessarily his own) who is at least 17 years old and weighs at least 49 Kilograms. If she is less than 49 kilograms, he must add additional weights up to the prescribed weight. He must reach the destination by crossing sand, grass and asphalt. If he drops his wife, he loses 15 points. The winner is awarded with his wife’s weight in beer. 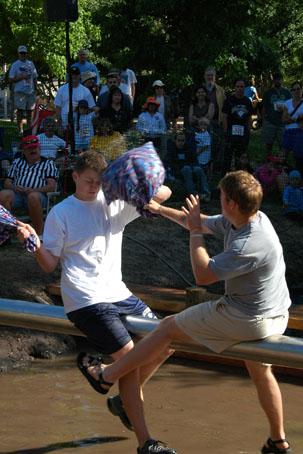 The World Pillow Championship is held in July in Kenwood, California. In this championship each contestant holds a wet feather pillow in one hand and slither along the slippery wet pole (suspended over a pit of mud) to the starting positions. There are certain rules in this contest: the contestants’ hands cannot touch the pole and they cannot use their feet to unseat their opponents. Each contestant must swing the pillow with one or both hands for every 30 seconds until they manage to topple their opponents into the mud. 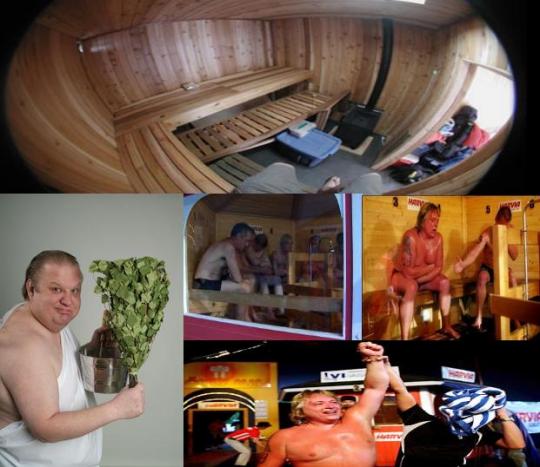 The World Sauna Championship takes place in Heinola, Finland every August. This championship was started in 1999. The competitors must sit in a 110° sauna and half a liter of water is added every 30 seconds. They must sit erect with their thighs and buttocks on the seat. They cannot touch any surface with their hands and forearms have to be in an upright position and must stay on their knees. The person who sits longest is the winner.