If someone gets not only what many would consider a dream job but also fame and fortune from it, we expect some sort of gratitude from it. When a person excels or even becomes the best in their field, the assumption is that they brought some level of passion to it that made them feel a driving need to do it. But in fact, sometimes the best people think the whole thing isn’t even worthwhile, let alone something they feel any extraordinary need to do. 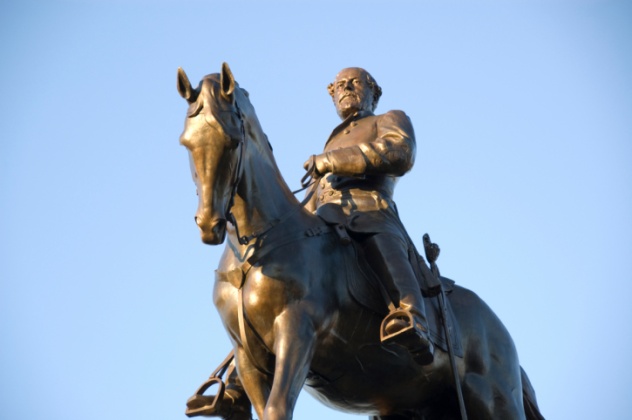 Among American Civil War buffs, Robert E. Lee became so revered that historians claim he’s difficult to talk about objectively because he’s become the “marble man.” From 1862–65, he commanded the Army of Northern Virginia so well that he defended the Confederate capital of Richmond and even almost won the war twice despite often being outnumbered more than two to one. Before the Civil War, he was a graduate from the prestigious West Point Academy and had the distinction of never being given a single demerit. During the Mexican-American War, he served with such distinction that General Winfield Scott would later nominate him for command of all Union armies, a command he turned down in favor of his home state. He was alleged to be anti-slavery but considered himself first and foremost loyal to the state of Virginia. Even so, he said:

“The great mistake of my life was taking a military education.”

After the Civil War, Lee got a job as a college president. Whenever there were any marches of the faculty and students, Lee made a point of not being in step with everyone else as a private protest. Rarely do old men so overtly resent their military discipline at the end of their lives.

Orson Welles directed, wrote, and starred in Citizen Kane, which the American Film Institute voted the best American film of all time. He also made films, like Touch of Evil, which are so revered that even after 40 years they have received honors such as being recut to better match his vision for them. That’s just to name a couple among his numerous masterpieces in film, theater, radio, and so on. But, as we’ve pointed out before, his career had years of difficulty with getting his film projects going outside the studio system. Many were not completed or ended up little like he intended. As Welles said about these difficulties in an interview that was featured in the documentary The Battle Over Citizen Kane:

So considering both that he was one of the more revered artists of his time speaking and that the opportunities for independent filmmakers aren’t significantly better today, we’d like to consider this a pretty strong endorsement not to try becoming an indie filmmaker.

Serena Williams HATES Tennis and Sports – Admits and Says it!

Serena Williams is one of those truly amazing athletes whose names become well-known even among people who have almost no interest in the sport the athlete plays. She won multiple gold medals at the 2012 Summer Olympics for tennis and has multiple “Grand Slam” championship wins under her belt. No wonder she’s been ranked the top female tennis player. Through all of that, she felt like this:

“It’s not that I’ve fallen out of love; I’ve actually never liked sports, and I never understood how I became an athlete.”

Professional-level sports don’t seem like the sort of career field that people just stumble into. What’s especially curious is not just that she didn’t like sports in general:

Wow; that sounds less like a 33-year-old sports champion talking than it does an especially honest slacker. Apparently it just goes to show that even the most successful athletes sometimes share the common person’s desire to take it easy. 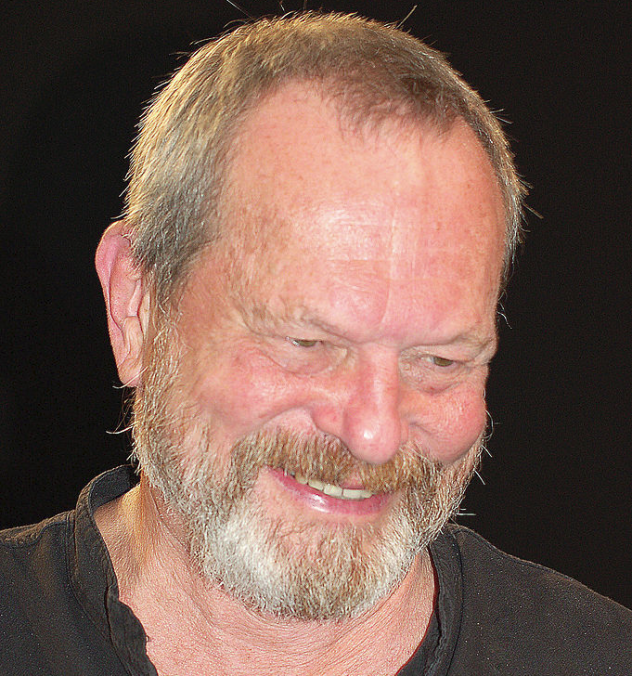 Monty Python is well-known as greatest comedy groups we’ve seen. As the creator of the interstitial animation for Monty Python’s Flying Circus, the co-director of its most lucrative film, and so much more, Gilliam has to be in the top five for Pythons who are most responsible for the group’s success. He has some very uncomfortable and politically charged feelings about that, as he expressed in a 2003 biography about The Pythons:

“It has always been a concern with me, as far as comedy and satire are concerned, in the sense that if people are laughing they’re not getting angry enough to do what is needed to make a better world. It’s a diversion as opposed to a means to a solution.”

That’s some perspective for all of the people that react to momentous and global events with nothing more than a bit of snark.

Joe Rogan has definitely earned a reputation as a “polarizing figure” by attaching his name to such reviled shows as Fear Factor for many years as he cajoled contestants to eat insects and the like or by being one of the hated replacement co-hosts on The Man Show. He now has a more generally favorable reputation for his work with mixed martial arts, his semi-philosophical comedy podcast The Joe Rogan Experience, and his stand-up comedy. But before either of those, Rogan was best known as a supporting player on Newsradio. The NBC show was considered low-rated during its original run, but, with 11 million viewers, an episode’s ratings today would be considered quite massive. Despite this, on the commentary track for the Newsradio episode “Goofy Ball,” he did not express much respect for the profession that gave him his big break:

“(Acting’s) got to be one of the most overrated things ever. When you think about it, people are going to the Academy Awards and are crying because they did a good job pretending.”

You don’t often see that sort of candor about professional acting from someone who made a living at it for years (except around Oscar time if they’re not nominated).

Alan Moore has written some of the most revered comics about superheros. The Killing Joke, Whatever Happened to the Man of Tomorrow, and For the Man Who Has Everything are among his influential and highly lauded stories of DC favorites Batman and Superman. That’s not to mention the timeless superhero classics Watchmen and V for Vendetta. But over the years, Moore has developed a reputation not just for his indulgent comic projects, but also for disliking how his superhero comic work has been treated by filmmakers and comic publishers. In 2010, at an event called the Magus Conference, he was asked about a superhero opera he was rumored to have been working on with the band Gorillaz. Moore said that when Gorillaz proposed the idea to him, his thoughts about superhero comics were hard to misconstrue:

“I don’t want anything to do with those wretched creatures once again.”

With the overwhelming number of superhero movies in recent years, large numbers of comic book fans might be starting to agree with that. 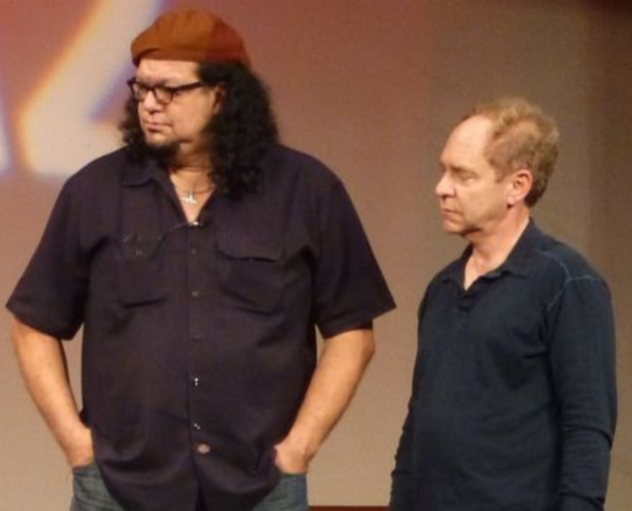 Penn and Teller are the most famous magicians alive today not named Criss Angel, David Blaine, or David Copperfield. Since dumping hundreds of cockroaches on David Letterman for The Late Show in the mid-1980s, being featured on Saturday Night Live, and years spent on Broadway and in Las Vegas, they’ve had many honors, including a star on the Hollywood Walk of Fame. They owe it all to their exhaustively developed and often hilarious magic routines. Not that Penn Jillette doesn’t have some very negative things to say about magic:

“Magic is a despicable art form, and magicians are more despicable people than jugglers.”

Jillette mentioned jugglers specifically there because before he met Teller and became a magician, he was a professional juggler. He went on to claim that the fact that magic is such a lowly art form is what drew him and Teller to try and make the medium work for them because they wanted to improve it by playing with its inherent dishonesty. As anyone who has seen examples of people using magic tricks to con people knows, they weren’t completely successful. 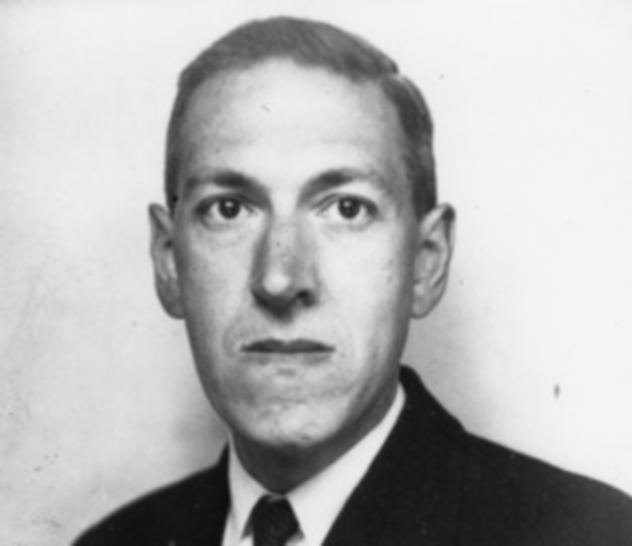 H.P. Lovecraft is an icon of the horror community for, among other things, originating famous characters like Cthulhu. He is also notorious for living the life of a reclusive mind instead of the urbane existence that is often associated with successful writers. He was an avid escapist and wrote many long letters to his many friends in favor of socializing outside of Providence, Rhode Island. His own thoughts about living through his imagination instead of through tactile experience, as expressed in a 1924 letter to his friend Frank Long, are fairly long-winded but devastating to those whose lives are like his:

“Books are feeble things. Neither you nor I, for all the classics we have read, has even a hundredth of the joy of Greece and Rome which comes to the millionaire whose yacht and car enable him to linger indefinitely under Mediterranean skies and drink in through all five senses the glory which we are never likely to know save through the dense filter of the visual imagination.”

There’s something that people who obsess over the power of fiction and the concept that books are worlds of the imagination will hate to admit.

2 The Duke Of Wellington 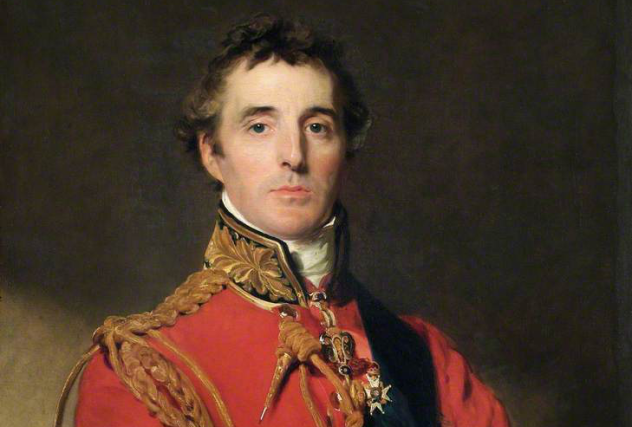 Arthur Wellesley, the Duke of Wellington, is often rated the best leader in British military history. During the Napoleonic Wars, he won numerous battles and ultimately liberated Spain from the French Empire. Later he defeated military master Napoleon himself at Waterloo. As a commanding officer, he never lost a battle. While Robert E. Lee’s amazing record during the American Civil War was arguably tarnished by some military defeats and his ultimate surrender, Wellington ended his career on an extremely good note with hardly a blemish along the way:

“I hate war and am the last man to recommend the sword.”

Admittedly, Wellington said this after he’d retired from war and when he was trying not to posture as a war hawk, but it was a consistent sentiment in his life. After the battle of Waterloo, he said the following while surveying the fields of dead and wounded:

“Believe me, nothing except a battle lost can be half so melancholy as a battle won.” 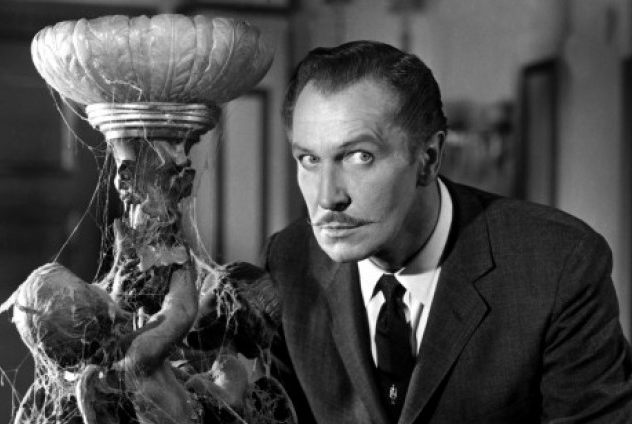 A widely celebrated if often not very critically esteemed actor, Vincent Price became a fixture of horror movies from the 1950s on. He also appeared in villainous roles in a number of mainstream hits such as The Ten Commandments and The Great Mouse Detective. He further made a name for himself as a collector of paintings and an art critic, so much so that the major retailer Sears, Roebuck & Company offered a “Vincent Price Collection of Fine Art.” So though he might be well-known for appearing in some fairly trashy movies, he’d probably be considered more closely connected to the fine art world than, say, Joe Rogan. Still he made a comment on his profession that wasn’t much more charitable than Rogan’s:

“Someone called actors ‘Sculptures in snow.’ Very apt. In the end, it’s all nothing.”

If a profession which offered entertainment and joy to millions of people for years and which will continue to do so for years is nothing, how much more substantial are paintings and other fine art?

Dustin Koski would never denounce writing, but the only way to make sure is to follow him on Facebook.