The eyes may be said to be the windows of the soul, but a look at our eyes also sheds some interesting light upon diverse facets of human biology. In this list, our discoveries take us through a surprising story about the history of the blue eye mutation, lesser-known facts about eye color and disease correlations, hidden blind spots, and why we can shed three different types of tears.

10Blue-Eyed People Have A Common Ancestor 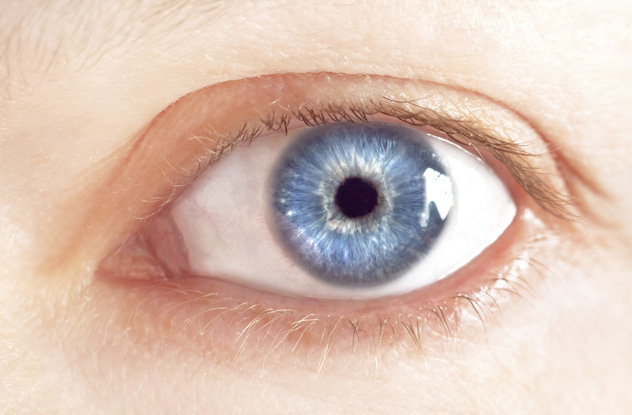 Blue-eyed humans make up a significant percentage of the population in certain areas of Europe, Eurasia, and the lands inhabited by the diaspora of these populations. Despite a range in distribution, scientists have determined that blue-eyed individuals can be traced back to a single common ancestor who would have resided in the Baltic Sea region 6,000–10,000 years ago.

Prior to a peculiar genetic change, all humans had brown eyes. A team led by Hans Eiberg from the University of Copenhagen discovered that blue-eyed humans were created by a genetic mutation on the OCA2 gene, which specifically cuts down melanin production in the iris. If the genetic effects went all the way, we would be seeing albinos rather than light-eyed individuals.

Eiberg was the original identifier of OCA2 as the gene responsible for eye color, continuing research begun in 1996. The study compared people from across Eurasia and determined just how specific were the roots of the wide-ranging mutation. 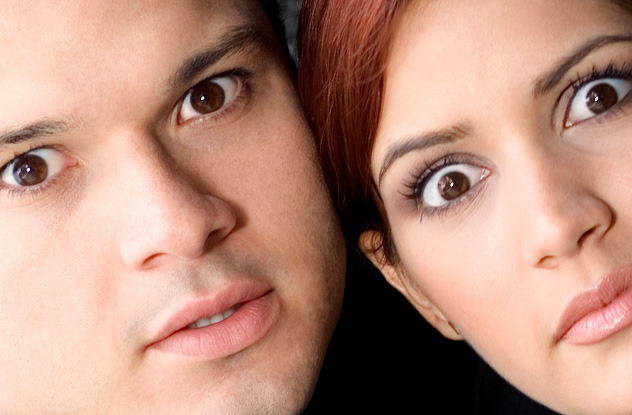 Men and women appear to see differently, according to some rather interesting scientific investigations. According to research by Israel Abramov and his team from CUNY’s Brooklyn and Hunter Colleges, men are more sensitive to detail and motion, whereas women excel to a greater degree when it comes to picking up the nuances of color. The study included a comparison of male and female vision with a request to describe different colors as they were shown. Men were found to require a longer color wavelength and also exhibited reduced sensitivity to slight differences between shades.

However, male volunteers exceeded the capabilities of females when it came to rapidly moving images. Males could better identify rapidly shifting images composed of colored bars compared to the women, who experienced a greater challenge at this particular task. Abramov explained that these factors are linked to thalamic neurons within the primary visual cortex, which are influenced during development by the presence of androgens.

Research at the University of Bristol indicated another difference in male versus female visual activity patterns, this time in the area of how men and women use their eyes. Men tended to fix their gaze on an individual’s face or other point of focus, whereas women would tend to shift their gaze at different parts of an image when asked to look at still images. 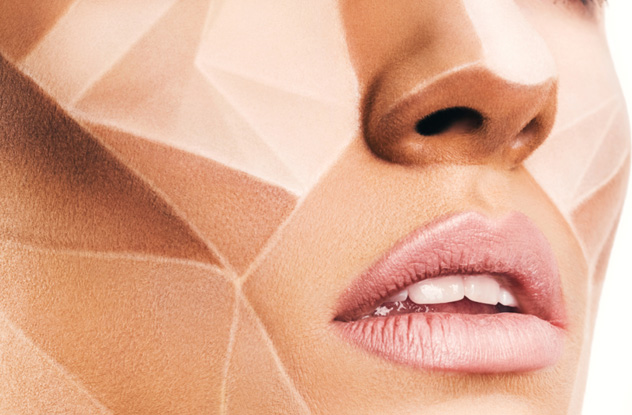 Eye color appears to be linked to morphology and human perceptions of trustworthiness, according to a recent study in Europe. In January 2013, Karel Kleisner and her colleagues from Charles University in the Czech Republic published research identifying some fascinating biological and sociological relationships. When facial structure and eye color were compared, it was found that brown-eyed men typically possessed broader chins, larger mouths and noses, and closer eyebrows with increased prominence. In contrast, blue-eyed men had “finer” features, with narrower, more downturned mouths, longer chins, smaller eyes, and widely spaced eyebrows. The faces of these men were generally more angular in appearance.

Interestingly, public perceptions of trustworthiness from all audience members tested showed that these blue-eyed men with correspondingly different faces were less likely to garner trust from subjects. However, the few men with blue eyes who had less typical, broad faces garnered more trust. Women’s facial structures and eye colors did not seem to affect observer perception of trustworthiness, suggesting that human females may be judged according to different factors than the ones to which males are subject. 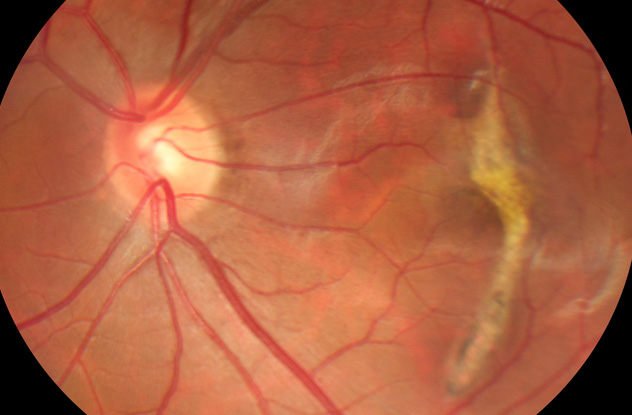 Nature does not guarantee equality when it comes to disease and genetics. Certain afflictions are biologically biased tendencies that can relate to ethnicity and distinct physiological traits. Macular degeneration is one such condition. Coming in wet and dry forms, macular degeneration sees cone cells in the central part of the eye responsible for central vision suffer damage. This leads to a loss of visual capabilities in the middle of the visual fields, although peripheral sight is maintained. Studies and observation suggest that the color of the eye and related physiological considerations play a role in macular degeneration incidence.

Blue-eyed and green-eyed individuals, especially those of British, Scandinavian, or German descent, are more prone to developing this disease compared to darker individuals who may come from nationalities with a higher number of brown-eyed individuals.

According to optometrists, those with lighter eyes such as blue eyes or lighter irises have less melanin to shield the eye and are thus more prone to macular degeneration. Macular degeneration affects women to a significantly greater degree than men. With the lightest human eyes being found in the Caucasian race, it is no surprise that these people are the most likely to experience macular degeneration. A diet rich in antioxidants and nutrients to limit free radical damage, along with the use of sunglasses, is frequently recommended to potentially reduce macular degeneration incidence. 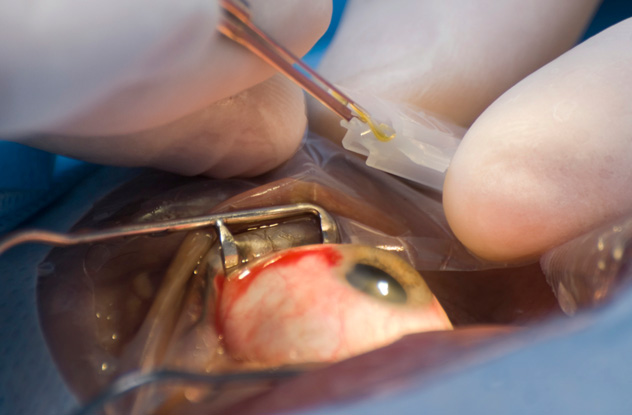 Although it is tempting to assume we are all the same, seemingly superficial traits can directly affect our health predispositions in sometimes counterintuitive ways. People with light eyes tend to have light skin that burns easily in sunlight, yet scientific findings published following research in Sydney, Australia, indicate an increased incidence of certain cataracts in individuals with dark eyes at a rate of 2.5-fold. It appears that those with dark eyes are simply significantly more vulnerable to this form of harmful change over time than light-eyed humans. 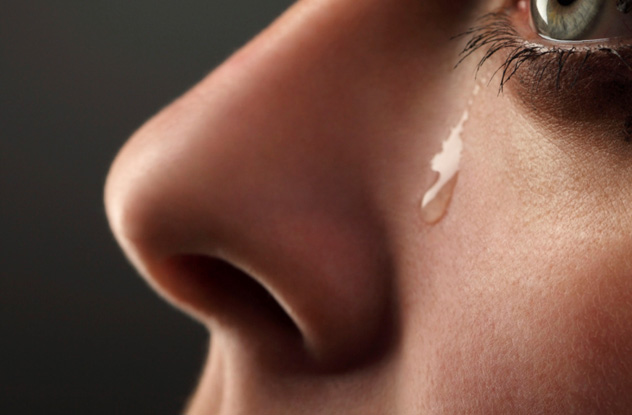 Even the apparently simple things in nature are not as straightforward as they might seem. For example, consider human tears. Tears serve a range of purposes and form distinct types to meet different needs. Tears originate in the lacrimal glands, formed with an outer layer of oil to prevent evaporation, with a middle aqueous layer carrying nutrients and salt to the cornea. The innermost mucous layer brings essential moisture to the eyes. Tears are produced for different reasons, according to the directions our brain provides.

Basal tears have nothing to do with emotion; they coat your eyes each second with moisture. Other tears are formed in response to physical pain or as soon as the presence of foreign objects is detected. Such tears have a chemical makeup suited to providing healing effects. Finally, we have the most familiar form of tears, the emotional tears, which are a response to sadness, stress, or even extreme emotions of a positive nature such as joy. Emotional tears contain hormones that may help rid the body of chemical effects from emotions as they build up. 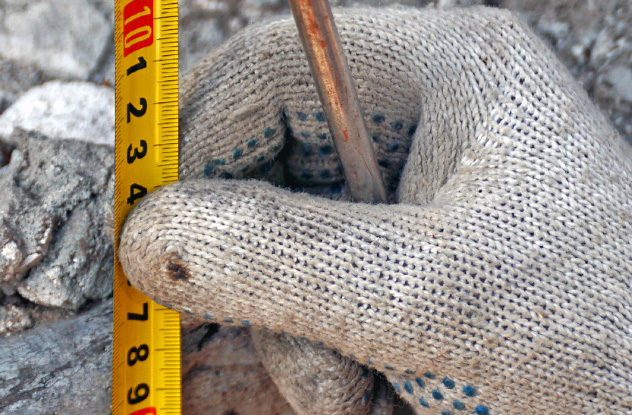 Human reaction times and certain task performance patterns vary in studies sorting participants by dark and light eye colors. While one might ask whether the differences are directly linked to eye color, or whether a separate factor linked with eye color is at work, a scientific study involving 44 male and 82 females of Caucasian descent showed clear relationships. When tested, individuals with dark eyes exhibited statistically significant reductions in reaction times to simple stimulus trials. Complex reaction time tests indicated similar trends, even though the findings were not statistically significant.

According to the research, darker iris colors seem to indicate reductions in reaction times with tasks involving speed of response without accuracy. Blue-eyed individuals may experience great success in tasks requiring longer-term thinking, such as game strategy. Commentary by Barry Wasserman, MD, notes that while differences are slight, there may be multiple correlations that directly involve eye color as well as interrelated traits. Melanin levels in the brain could relate to melanin levels in the eyes, influencing diverse responses. Light sensitivity may also be a factor in human reactions.

3The Cornea Is Bloodless But Sensitive 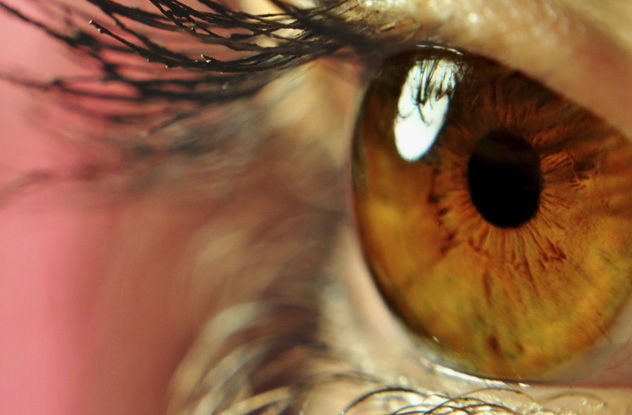 Standing out as an oddball among other parts of the human body, the cornea is completely without blood vessels. Instead, the cornea receives nutrients from the tear ducts at the front and the aqueous humor from the rear. The cornea is extremely sensitive, with massive concentrations of nerve cells and an ability to protect the eye and refract light for proper vision. A perfectly clear and functional cornea is thus essential for good vision, and the need for clarity lies behind the otherwise odd lack of blood vessels, unparalleled elsewhere in the human body.

Despite the lack of blood vessels, the cornea is highly innervated. Any type of injury may not only cause long-term damage—it will be extremely painful. Damage to the surface of the cornea is not the only cause for concern. Inside the cornea, the endothelium regulates fluid flow in and out of the stoma of the eye. If the endothelial cells are lost or damaged, fluid buildup may lead to serious damage in what is known as corneal edema. 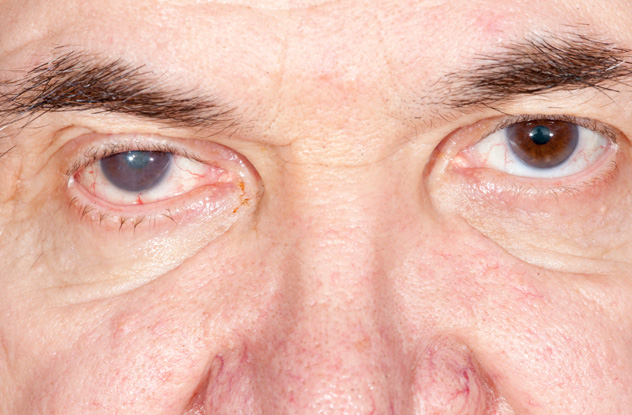 Cataracts are feared for their ability to impair vision and appear with less notice than we might expect. And rightly so are they feared, for cataracts are the leading cause of blindness worldwide. However, cataracts are not so much a disease as an aging process.

The lens of the eye is mostly protein and water, allowing for clear and vision-enabling processing of light waves. As human beings get on in years, proteins clump together, clouding and eventually leading to significant impairments of normal vision.

Increased susceptibility to glare as well as reduced vision may indicate cataract formation, which is interestingly capable of occurring in younger people even though aging is a central predisposing factor. Scientific investigation and healthy living inquiry points to nutrition as an important factor for consideration. A 10-year study looked at female health professionals and found that higher vitamin E levels in the diet, together with carotenoids lutein and zeaxanthin, significantly reduced cataract occurrence risks. 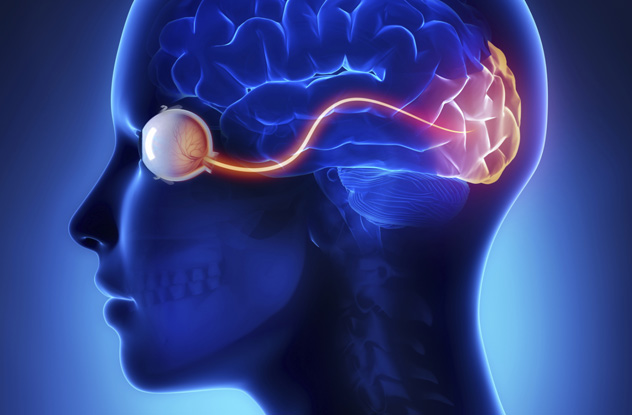 We may think we have perfect vision, but every human has a blind spot in each eye where the optic nerve attaches. Known more technically as Cranial Nerve II, the extension of the ganglions from the retina acts in a manner more similar to brain tissue than eye tissue. While each optic nerve enables sight and communication between the eye and brain, its necessary attachment zone creates a full blind spot in each eye, near the center. It is simply not possible for rods and cones to be present where the optic nerve head is located.

To compensate, the blind spot in one eye will correspond to a section of the opposite eye’s retina that is seeing correctly. Therefore, we experience uninterrupted vision. The existence of these blind spots and our compensation for their effects show how subjective our perception of reality can be as our brains fool us for our own good.

Christopher Stephens is a researcher and writer based in British Columbia, Canada. He completed his M.Sc. In Environment and Management and enjoys writing about health, science, and environmental studies. An experienced naturalist, he leads world-class birdwatching tours for Pacific Rainforest Adventure Tours in B.C.